In Honor of 2020, We Celebrate 20 Beloved Coastal Virginia Eateries with Staying Power

No one looking for easy work ever said, “Hey, let’s open a restaurant!” Hours are long, success rates low. Still, our area is home to many beloved eateries that have survived and thrived for a score or more. In honor of the auspiciously numbered new year, we set our sights on 20 of them, each distinguishing Coastal Virginia in its own way, be it culinarily, culturally, historically—icons all. You could call their vision 2020 as they’ve weathered fickle trends and shifting economies with foresight, staying true to their roots while remaining relevant. It only saddens us to bypass other favorites that fit the bill, so stick around for 2525!

Before Omar Boukhriss opened his snug Freemason District restaurant, this picturesque building housed a storied past. It was built in the 1840s as, yup, a carriage house. Other restaurants followed but Omar imbued it with international flair (paella, bouillabaisse) and burgers (including Beyond). On Mondays, the Casablanca native showcases his homeland’s cuisine. Some say it’s haunted, but the real mystery isn’t if there’s a ghost, it’s how Omar is always here and volunteering at countless charitable events.

Sitting at an umbrella-spiked table in the breezeway, sipping a schwarzbier and supping on schnitzel at this Oktoberfest doppelgänger in Olde Towne Portsmouth is nothing short of transporting. Hannelore and Anton Osfolk have recreated the gemütlichkeit of Germany via wurst, sauerkraut, and other Bavarian specialties along with a dizzying array of global beers. Their adult children Kevin and Stefanie recently opened a spinoff festhaus on Virginia Beach’s Shore Drive, putting even more oomph in oompah.

If it’s not the longest-established sushi bar run by the original owners in these parts, it’s right up there. Mitsunori (aka Ebi-San) and Chizuko Ebigasako, originally of Kyushu, one of Japan’s main islands, bestow on guests a beautifully authentic experience in an unassuming Newtown Road strip mall. Their daughters Lisa (31) and Marina (24) grew up along with the restaurant and now work shoulder-to-shoulder with their parents behind the sushi bar, so tradition is poised to continue. 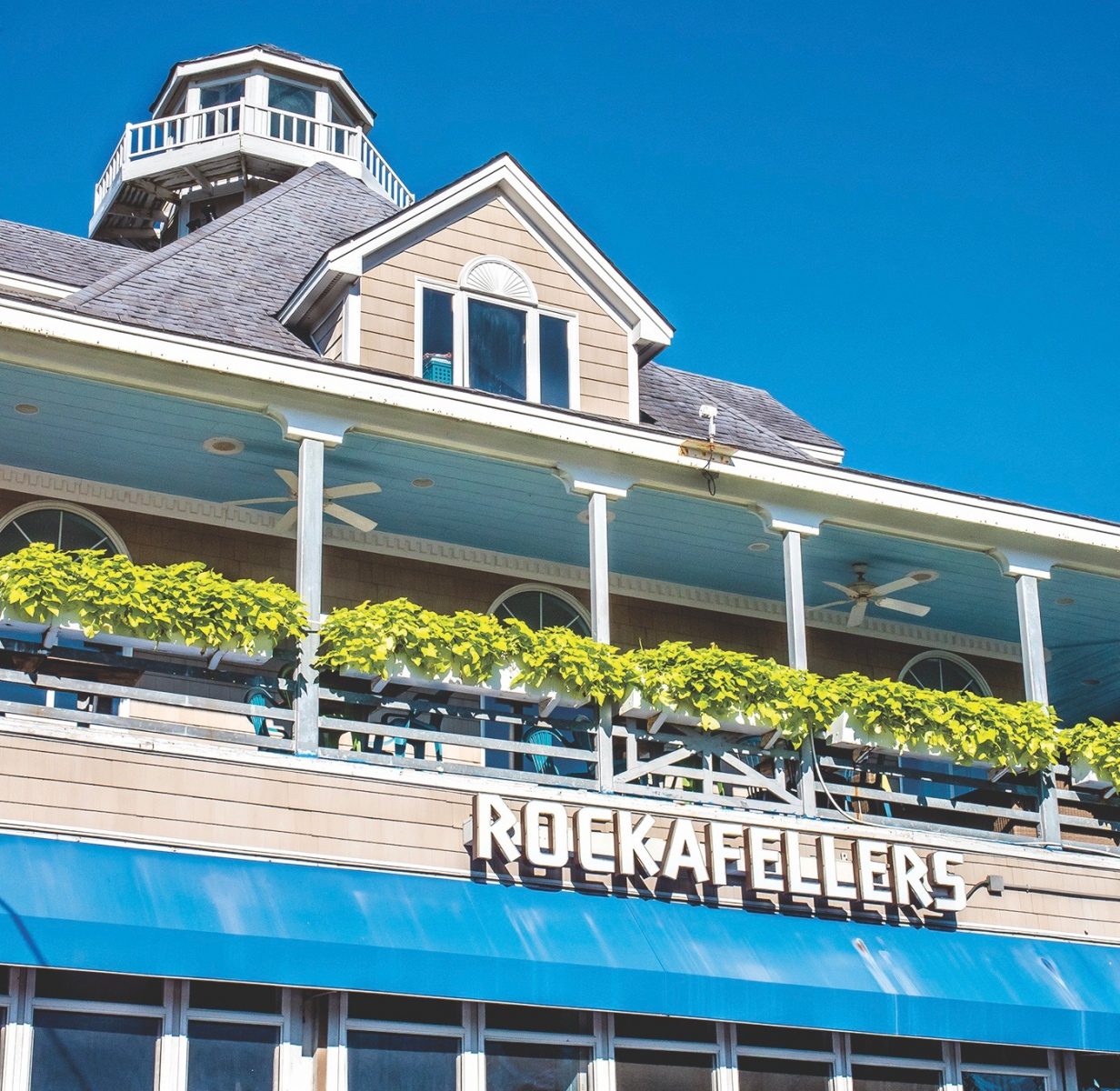 More reliable than the Farmers’ Almanac for gauging seasons—a side of acorn squash in fall, corn on the cob come summer—Jerry Bryan’s Virginia Beach mainstay on Great Neck Road is unrivaled when it comes to the freshest, finest seafood. Its original folksy digs gave way to a coastal-cool jewel box of a home just across the street a few years ago. The stellar service made the move, too, as well as executive chef Mo Cucchiaro, on board since day one.

Though studies show church attendance dropping across the U.S., Jerry Collier’s Abbey in downtown Norfolk still packs them to the rafters. Diners started flocking here when it was masterly converted to a restaurant following life as various houses of worship dating back to 1873 (the stained glass in the bar is original), becoming devoted to its American standard-bearers, tavern-like warmth and sincere service. Of course, it’s also popular for Sunday brunch. Especially after attending real church. 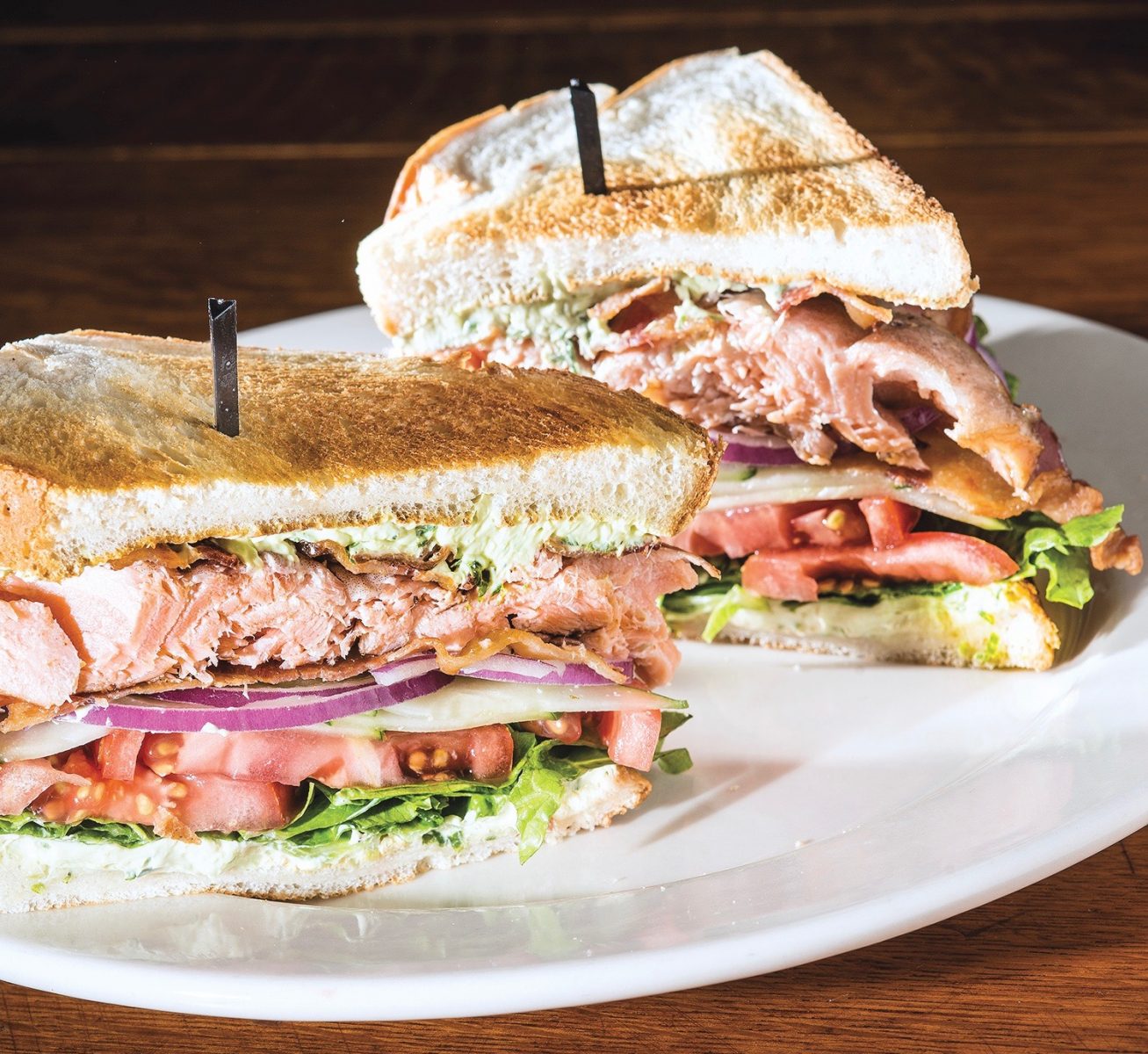 The erstwhile, barebones original on Tidewater Drive fit the name, but it gussied up when it opened in Ghent with a full bar and Tom Barnes paintings on the wall. It quickly became the sweetheart of Naro-goers as “the restaurant around the corner” with rock solid American classics spanning sandwiches, burgers, platters and more. Pitas recall No Frills’ roots on the festival circuit. Jerry Meltsner and Jon Kliner also have one at Hilltop, going on 15 years.

Romance abounds at Michael and Veronique Simko’s Old World redoubt in Olde Towne where you can still savor the quickly vanishing world of fine dining via their sublime Continental cuisine (authentic—he’s Czech-born, she’s from France) and courtly service. But there’s room for the casual set, too, as the couple converted the front room to the Wine Bar with a weekly changing menu of lighter/less expensive fare (perhaps a bowl of mussels or fondue) and easy-on-the-wallet wines.

Hand David Tuttle, Bill Gambrell and Scott Ferguson the keys to the city or whatever you give lifesaving heroes. The trio preserved a slice of Old Virginia Beach at Winston’s Cottage (circa 1926) turning it into Tautogs, a cozy seafood-centric restaurant with a delightful front porch and inviting fireplace. As chains homogenize the Oceanfront, the restaurant, now owned by Gambrell and Ferguson, becomes ever more precious (so too, their adjacent operation, Doc Taylor’s, a breakfast-lunchery in a vintage doctor’s house/office).

Servers once wore monks’ robes at Anna and Adolf Jerabek’s homage to the cuisine of their homeland, the former Czechoslovakia, but the billowy sleeves proved impractical (watch that candle!) as they placed complimentary apples and cheese on every table. The latter custom remains and exemplifies the couple’s warm, enveloping hospitality. Though you’d imagine a hushed tone suffusing this Granby Street sanctuary, it’s the ideal setting for many a rollicking, festive gathering.

Berret Violet, a UVA alum (hence the wahoo logo), was the original, eponymous, oh-so-brief owner of this Williamsburg Merchants Square seafood-dominated restaurant. When Tom Austin purchased it soon after opening, he kept the name; it was etched on every plate. Austin passed away in 2015 but his longtime partner Richard Carr (executive chef since 1985) upholds the tradition of classic and seasonal scratch-made fare amid a nautical motif here and at adjoining, outdoor Taphouse Grill (April-October). 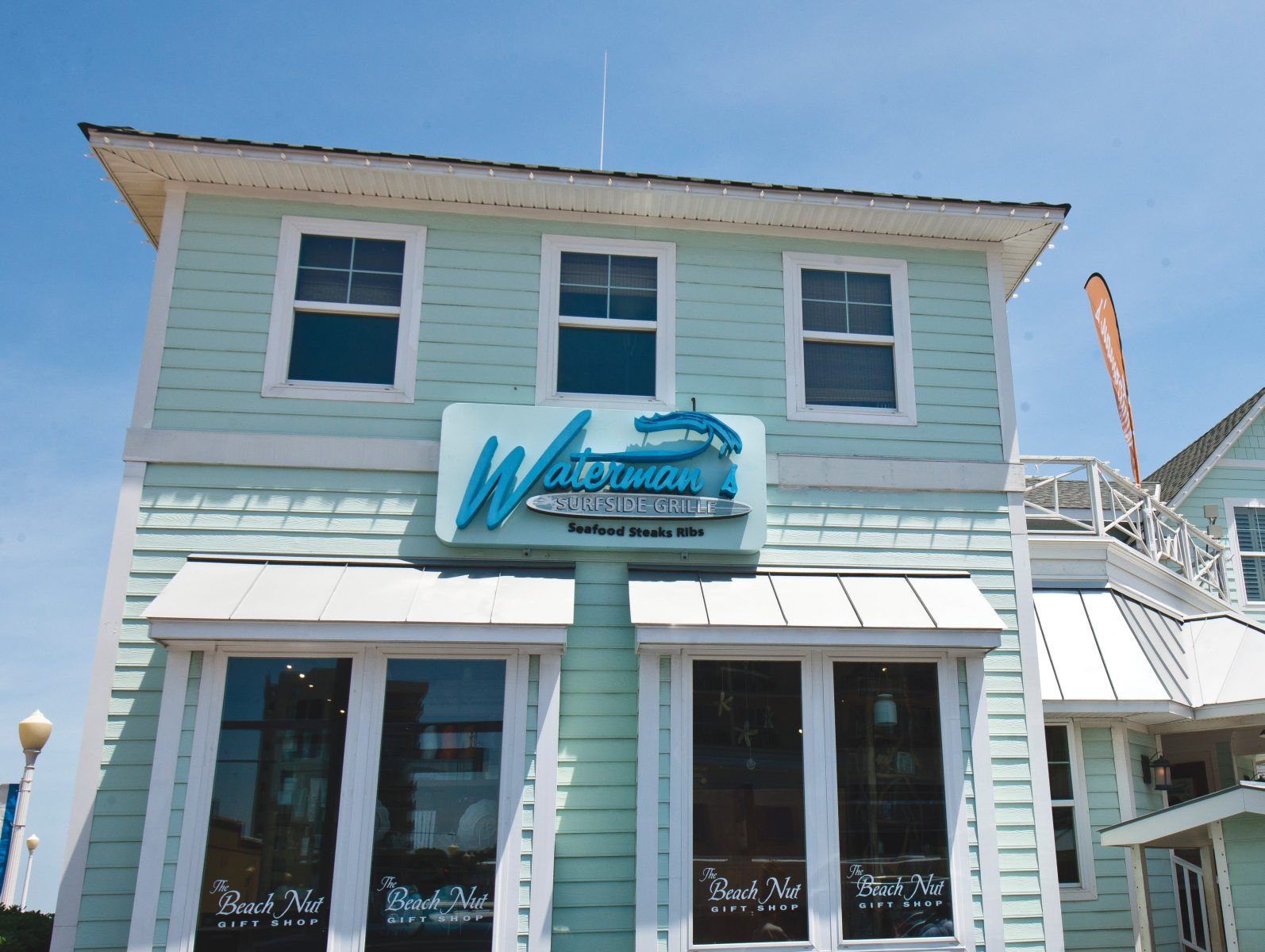 Point your beach cruiser towards this Oceanfront treasure for the quintessential Va Beach-VA experience…complete with fresh-squeezed Orange Crushes. It’s still in the Standing Family (they also have nearby Chix and The Shack), still serving seafood with a side of laidback on the all-weather patio and indoors. If you can’t get here, click on its website’s “Boardwalk Cam” to soak up the surf, sun and fun remotely. It’s a Beach Boys song come to life.

It looks like a chain—all New England fishing village-y—because that’s what it was meant to be. But there’s only one. “The concept of fresh-caught fish from the coast was tough to replicate inland back in the day,” says Stephen York, of the opening corporate team. He wound up buying the family-focused, seafaring restaurant in Busch Gardens’ shadow with Vickie Barbour. They and many longtime staffers (including Sonny Gideon of Sonny Delight fame) sustain the original concept.

Much remains identical at this Grafton institution as when Sicilian immigrants Giroloma and Rosaria Buffa opened it, naming it after their children. Even Harold Bui, who started here in 1975, is still cooking. Only now, he owns it. As a young Vietnamese refugee, he bonded with “Mamma” and she taught him her recipes. The consensus since he purchased it five years ago is that it’s still in the family. After all, Bui named his children Giroloma and Rosaria. 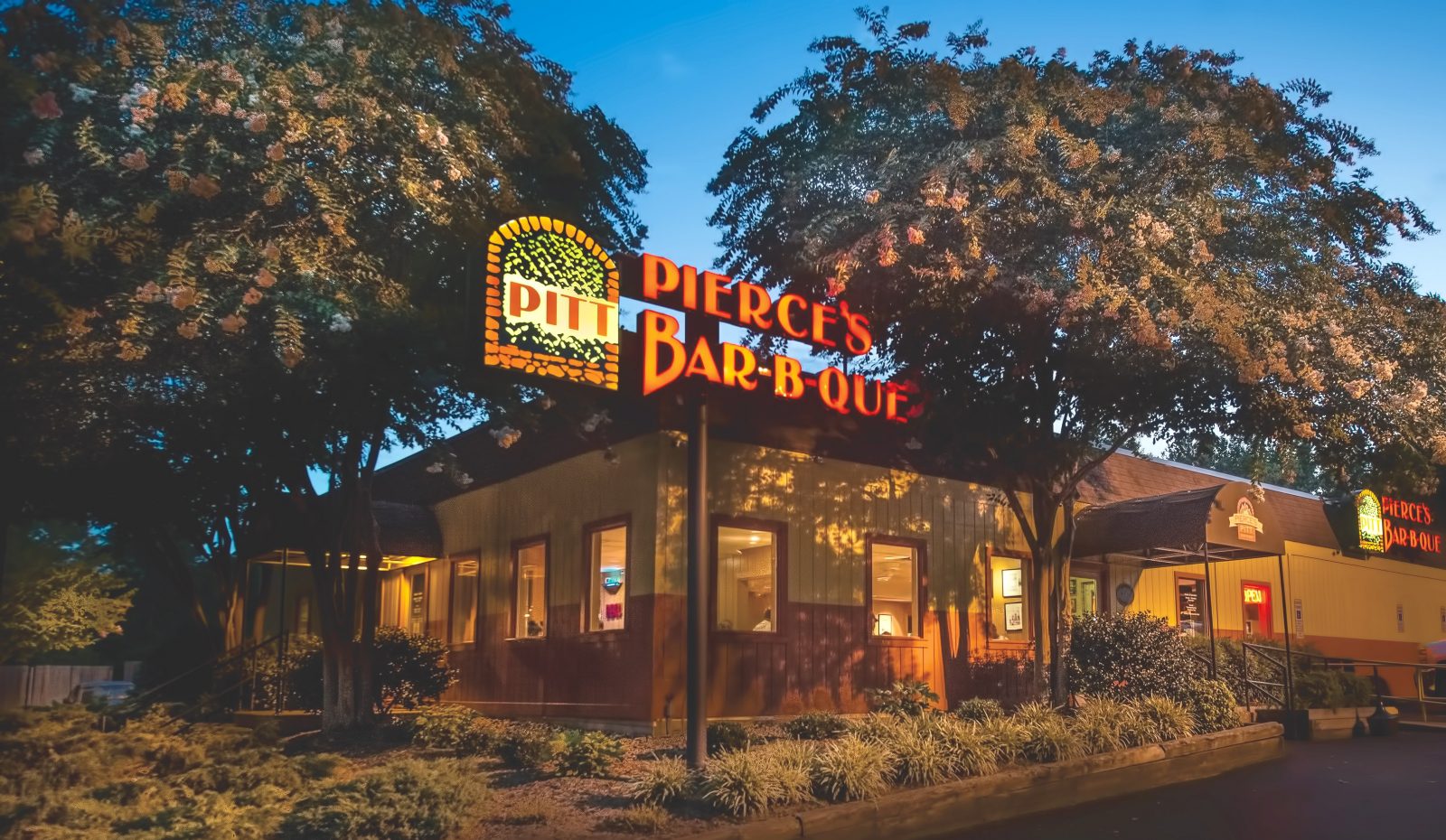 Good thing J. C. Pierce’s parents were flat broke when they started hawking barbecue from a cinderblock hut off I-64 in Williamsburg or it wouldn’t be a landmark. When they told the sign painter he’d misspelled “Pit,” he said it would cost another $20 to redo. They kept it. And as a U-Haul passed, a teenaged J.C. said, “Dad, everyone knows that color.” So, in lieu of advertising, they painted the place that attention-grabbing orange. The next year they added Ryder yellow.

Louis Seretis named his eatery for its cross street so his longshoremen customers would remember the location. Serendipitously, it had a Greek ring to it. Today, into the family’s third generation, it attracts Gen Z along with Gen Zorba. A hip makeover a couple years ago suits its brewery-boasting Chelsea neighborhood while retaining a taverna ambiance that honors the Greek immigrant story. Pass the spanakopita and the gluten-free pizza, please.

Is that Don Draper sipping a martini? You’d swear you’ve time-traveled back to the 1960s, so unchanged is this family-owned steak house on Northampton Boulevard (only now it can claim it’s near Norfolk Premium Outlets). Crocks of sharp Wisconsin cheddar and bread on wood cutting boards proudly rest on every table. It’s so old-school, your entrée includes salad and a one-pound baked potato. Though once related, it’s not currently connected to similarly named restaurants elsewhere.

Odds are bulgogi wasn’t on the menu when Emmanuel Monfalcone opened Monty’s Penguin. But thanks to long-time owners Mr. and Mrs. Yun, it is now, albeit Americanized (served with a dinner roll, not kimchi). Another surprise: it’s full service. Otherwise, this third incarnation on the outskirts of Hilton Village, where it’s been for decades, is frozen in time with American Graffitti-style hamburgers and fries for regulars who come in and announce, “I’ll have the usual.” 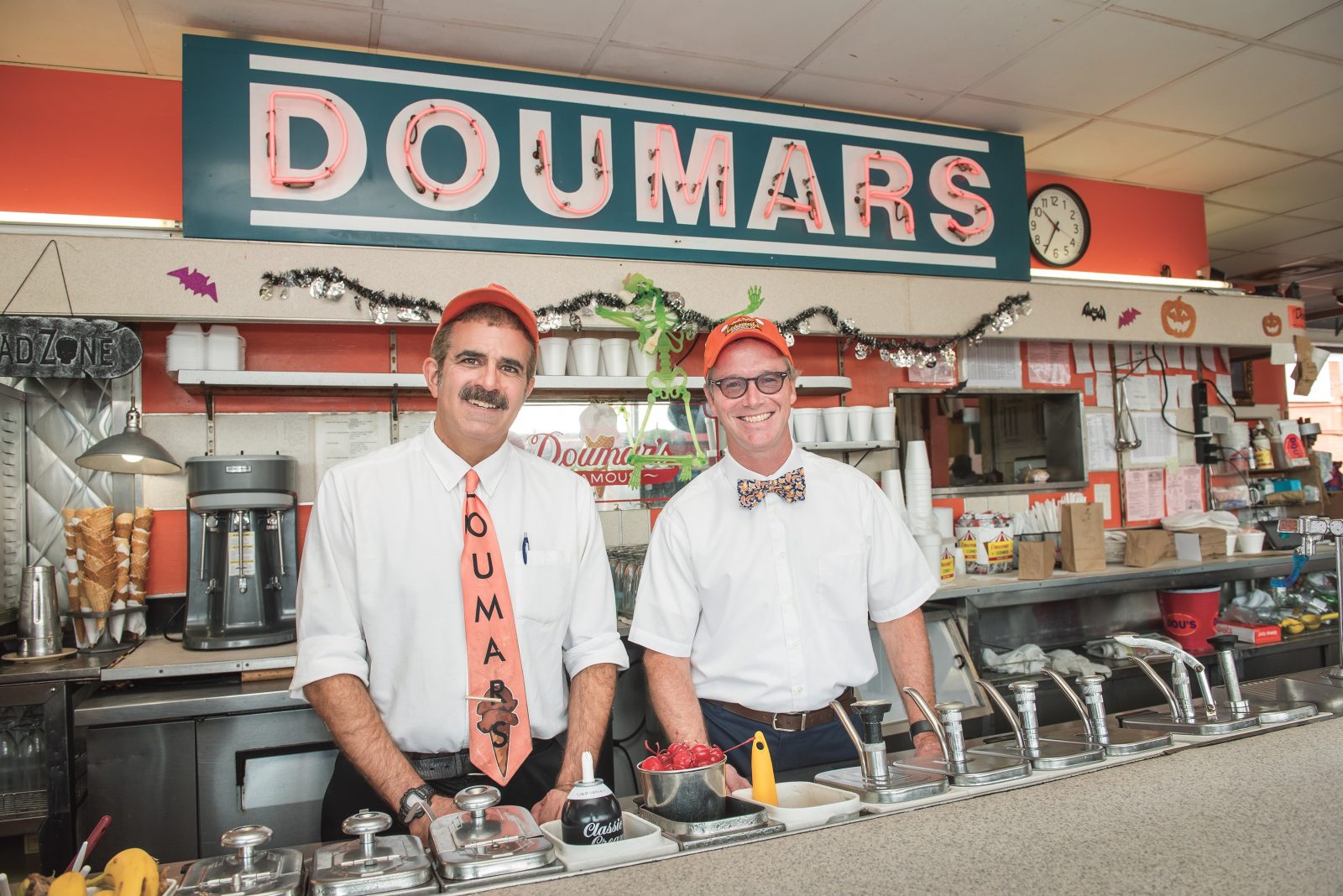 Sure, you always think ice cream and carhops when someone says Doumar’s, but did you know that the Norfolk legend’s got beer? “It opened when prohibition had just ended and every place served beer then,” says third-generation scion Thad Doumar. Even if you slurp your shake in your car, peek inside (there’s dine-in, too) to see the still-in-action waffle iron machine Abe Doumar invented following his Eureka! moment to create cones at the 1904 St. Louis World’s Fair. 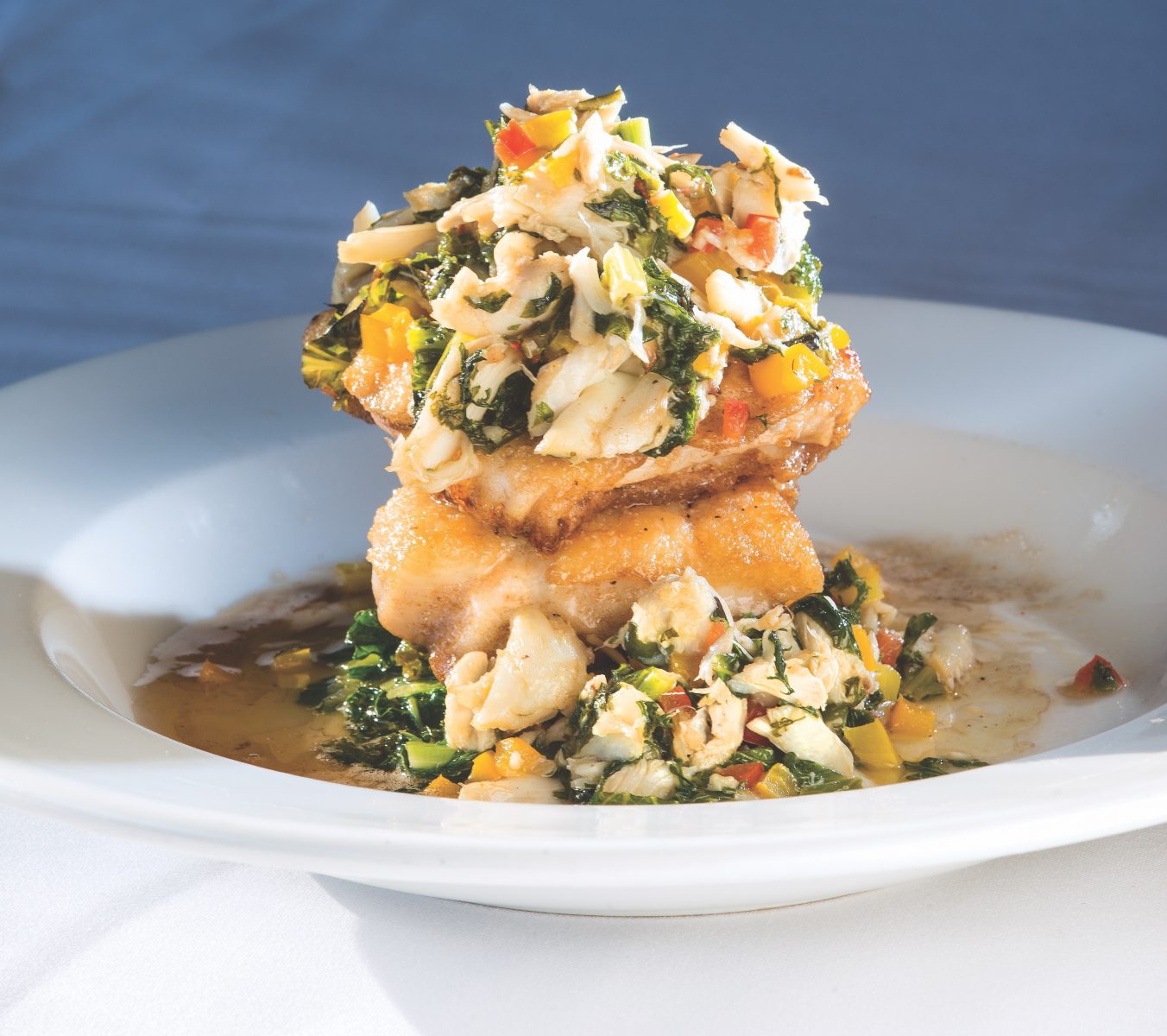 Before Virginia Beach was a city, there was Steiny’s. Founded by Robert Steinhilber, today his daughter Jeanne and her son Brady Viccellio (they recently purchased La Bella Italia, too) perpetuate customs like servers wearing white jackets in summer but keep evolving (Jeanne’s garden now supplies just-picked produce) at this ramble of a restaurant nestled deep in tranquil Thalia. It’s embedded in local history and locals’ own histories. They say, “I don’t need a menu, I’m getting the shrimp.”