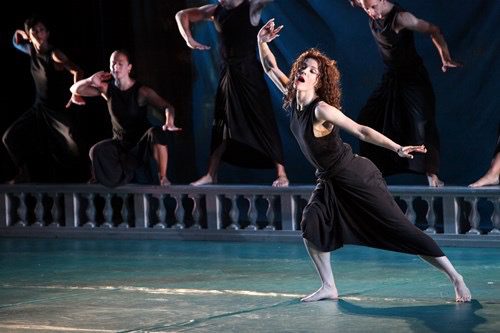 The 2017 Virginia Arts Festival will run from March 31 through May 28, with a wide variety of performances across our region in venues ranging from Norfolk’s Chrysler Hall and Virginia Beach’s Sandler Center, to more intimate venues. For a complete list of Festival events visit VaFest.org.

1. The Royal Winnipeg Ballet’s Swan Lake: In 1953, the newly crowned Queen Elizabeth II granted this ballet company its “royal” title. Since then, the company has performed to great acclaim throughout North American and across the globe. “We have such a big audience for the great classical story ballets,” says Festival director Rob Cross. “I always love it when we can include the Virginia Symphony. Having live music for dance makes such a huge difference, so that’s exciting. I have not seen their production of Swan Lake, but people who have tell me it’s fantastic.” It should be, indeed. Swan Lake is beloved by dance audiences around the world for its emotionally charged story, lush, romantic music by Tchaikovsky, and brilliant choreography. March 31 and April 1 at 7:30 p.m; April 2 at 2:30 p.m. Chrysler Hall.

2. Urban Bush Women: This Brooklyn-based dance company, founded in 1984, has established a reputation for exhilarating performances that focus on the history, culture and spirituality of the African Diaspora. For the Festival, the company will be performing the world premiere of Hair and Other Stories. April 22 at 8 p.m. Attucks Theatre.

3. Mark Morris Dance Group’s Dido and Aeneas. The Mark Morris Dance Group, widely regarded as the preeminent modern dance company of our time, has performed for the Virginia Arts Festival on several occasions and is always an audience favorite. This year, Morris and company will perform a revival of Dido and Aeneas, 27 years after its premiere. The work, set to music by English Baroque composer Henry Purcell, features a full orchestra and chorus, as well as vocal soloists and a dozen dancers enacting a timeless story of a love affair between the Queen of Carthage and the refugee Trojan prince Aeneas. The Los Angeles Times has called the piece “a tour de force of late 20th century artistic storytelling … that smashes and rewrites stylistic boundaries. It proves that you don’t need a movie screen to make a blockbuster." May 13 at 8 p.m. Sandler Center. 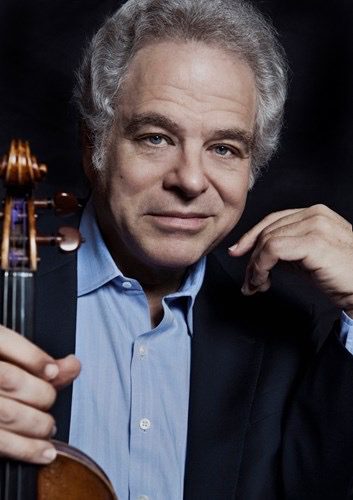 4. Itzhak Perlman: The Great Violin Film Scores: Fifteen-time Grammy winner Itzhak Perlman, another favorite of longtime Virginia Arts Festival audiences, is one of those rare classical musicians who has achieved superstar status with an ability to thrill serious classical-music fans and casual listeners alike. This performance, for which he will team up with our own Virginia Symphony, will be an especially appealing show to people who are new to classical music, as it will feature music from great film scores, many of which Perlman recorded for the movies. When Perlman performed this concert in Pittsburgh, the Post-Gazette called it “an unforgettable night embodying true Hollywood romanticism.” April 13 at 7:30 p.m. Sandler Center.

5. International Bach Academy of Stuttgart: St. John Passion. It’s hard to imagine a more fitting way to spend the evening before Easter Sunday than by immersing yourself in Bach’s extraordinary celebration of the Passion of Christ, based on the Gospel According to John. This performance by the world-renowned International Bach Academy of Stuttgart, will feature more than 60 performers. The ensemble has been praised by Opera News for both its “emotional intensity … and virtuoso accuracy.” April 15 at 7 p.m. Sander Center.

6. The Virginia Symphony Performs the Berlioz Requiem: Although the Virginia Arts Festival is known for bringing in international artists, it always features one or more concerts with our own Virginia Symphony—an ensemble of world-class musicianship in its own right. Conducted by JoAnn Falletta, this powerhouse performance will include not one but two full choruses: The Virginia Symphony Orchestra Chorus and the Choral Arts Society of Washington, plus brass ensembles in the four corners of the hall for what Arts Festival director Rob Cross describes as “surround sound.” Because of the scope of the work, the Virginia Symphony has never performed it before—a fact that will undoubtedly add additional excitement to the evening. May 20 at 8 p.m. Chrysler Hall. 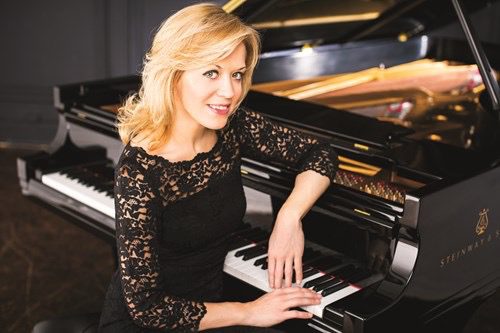 7. Olga Kern: At the tender age of 17, Olga Kern took first prize in the prestigious Rachmaninoff International Piano Competition. Nine years later she secured her international reputation when she won a gold medal in the 11th Van Cliburn competition—the first woman to achieve that status in more than three decades. Today she remains one of the most sought-after pianists in the world, thanks to what The Washington Post has called her “palpable electricity at the keyboard.” May 24 at 7:30 p.m. Wells Theatre.

8. King: In 2011, twin sisters Paris and Amber Strother—together with their friend Anita Bias—released their first EP. Not long afterward, none other than Prince discovered them on YouTube and was so taken by their talent and musical charm that he asked them to open for him. He continued to offer them guidance until his death last year, helping them earn great acclaim from critics and fans alike. Among the many top-tier publications that have praised the group, Rolling Stone magazine observed that “this trio has made waves with their inviting, harmony-rich brand of R&B … Vocals blend and bend into bliss while meticulously arranged instrumentals are tailor made whiling away an afternoon.” April 14 at 8 p.m. Attucks Theatre.

9. Virginia International Tattoo: The military tattoo—a grand display of bands and drill teams—has a long and honored tradition that became commonplace in the 19th century and flourished in many towns throughout the United Kingdom between the World Wars. The best-known of these displays, performed in Edinburgh Castle, Scotland each August, dates back to 1950. Over the last 20 years, however, the Virginia International Tattoo has come to rival it—and has become the largest Tattoo in the United States. This year’s Tattoo will take on extra-special significance as it coincides with the Norfolk Naval Station centennial. As usual, the event will feature performances by bands and drill teams from across the U.S. and around the world, including the U.S. Marine Corps Band, the Navy Fleet Forces Band, Australia’s Scotch College Adelaide Pipe Band, NATO’s Supreme Allied Command Multi-National Ceremonial Detail, and many others. In addition to bands and drill teams, moreover, the event will dazzle audiences with a performance by the United Kingdom’s Motorcycle Display Team. Indeed, the Tattoo has become so popular that it draws visitors from throughout the world and has been named the number one U.S. destination for travelers by the American Bus Association. April 27–29 at 7:30 p.m. and April 30 at 2:30 p.m. Scope Arena. 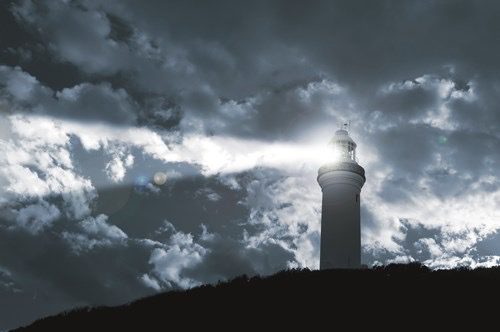 10. Kept: A Ghost Story: Among the many branches of the Virginia Arts Festival is the John Duffy Institute for New Opera, which seeks and supports the work of composer-librettist teams and brings new productions to fruition. This year’s festival will feature the world premiere of Kept: A Ghost Story, produced and staged by an all-woman team: Composer Kristin Kuster; librettist Megan Levad; stage director Mary Birnbaum, and conductor JoAnn Falletta. The opera tells the story of ill-fated lovers—a wild, young woman and a lighthouse keeper—and the dark secrets they share. May 25 at 7:30 p.m. and May 28 at 3 p.m. Attucks Theatre.

11. Cecile McLorin Salvant: As child, Cecile McLorin Salvant dreamed of becoming a classical singer and began studying voice at the age of 8. Soon, however, she fell in love with the music of the great Sarah Vaughan—and in 2007, when she began her studies at the Darius Milhaud Conservatory—she realized that she wanted to become a jazz vocalist. Today she describes her sound as a mixture of jazz and blues, with elements of folk and musical theater as well. At the age of 21, she earned a first prize in the Thelonious Monk International Jazz Competition—an honor that led to her first recording contract and subsequently a Grammy nomination. Salvant, observed The Guardian, “has inbuilt swing, an actor’s stagecraft, an instrumentalist’s precision and jazz-informed artistry of the highest class.” April 9 at 7 p.m. Robin Hixon Theater. 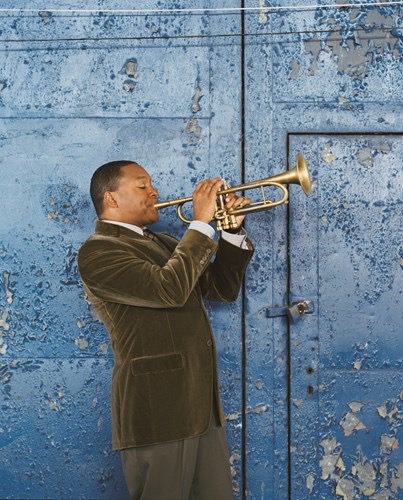 12. Wynton Marsalis & the Jazz at Lincoln Center Orchestra: Wynton Marsalis is arguably the most influential living figure in jazz, not only because of his Grammy-award-winning recordings but because of his educational efforts (he was featured prominently in Ken Burns’ multi-part jazz documentary) and his role in founding Jazz at Lincoln Center—an institution that elevated that status of jazz in American culture. Under Marsalis’ direction, the Jazz at Lincoln Center Orchestra has come to be regarded as, in the words of The Daily Telegraph, “the finest big band in the world today.” Word has it that this year’s concert will be a tribute to Ella Fitzgerald, who was born 100 years ago this April. May 5 at 8 p.m. Chrysler Hall.

13. Rob Fisher’s Coffee Club Orchestra: Norfolk native Rob Fisher is Broadway’s go-to conductor for classic musical revivals such as An American in Paris and Chicago, but he is perhaps better known to the general public as the longtime leader of A Prairie Home Companion’s Coffee Club Orchestra. For this year’s homecoming, Fisher will reassemble that group to present an evening of beloved melodies from what’s known as the Great American Songbook—the classic collection of tunes by the Gershwins, Cole Porter, Jerome Kern, Irving Berlin and other great American songwriters. The New York Times has observed that Fisher has “an intuitive understanding of the optimistic spirit fueling” those songs of the pre- and post-War eras. May 11 at 7:30 p.m. Robin Hixon Theater.

14. Reduced Shakespeare Company: If you’re among the unfortunate souls who were introduced to Shakespeare by a teacher who saw study of the Bard as a solemn undertaking, this show is for you. Reduced Shakespeare Company first made a splash in the theater world in 1981 with a 25-minute, four-actor version of Hamlet, and a few years later with the audacious Complete Works of Shakespeare (abridged). For this year’s festival, the “bad boys of abridgment,” as they’ve come to be known, will perform an imaginary, long-lost “first play” by the Bard. Arts Festival director Rob Cross noted that the production will appeal to serious Shakespeareans, as it incorporates quick and witty references that reveal the company’s deep knowledge. At the same time, he said, the performance will entertain people who have never read the Bard’s great works. When it premiered at the 2016 Edinburgh Fringe Festival, the Edinburgh Guide called the production “A romp of epic proportions” that is “bright, fast and outrageously fun.” May 26 and 27 at 8 p.m.; May 28 at 3 p.m. Wells Theatre. 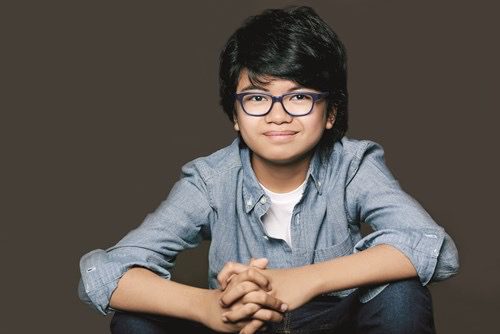 15. Joey Alexander: There’s always something especially entertaining in performances by young musical prodigies, but few artists are more deserving of that label than pianist Joey Alexander. At the age of 13, Alexander has captured the attention of the jazz world with his astonishing technique and incredible artistic sophistication. Alexander’s destiny seemed clear when, at the age of 5, he began picking out tunes by Thelonious Monk on an electric keyboard. By the age of 9, he was accomplished enough to win an international competition, and at 11 he was performing in major jazz festivals alongside some of the leading players in the genre. His show will be a guaranteed delight, whether you’re a fan of jazz or not. May 27 at 8 p.m. Roper Theater.

For more, visit our 2017 Spring Performing Arts Events with SevenVenues.