Imagine a Southern cousin of the Kennedy estate in Hyannis Port, but with an appealing twang that is more Tidewater than Boston Brahmin: understated but with undeniable pedigree.

The York Lane Cottage, situated on Bay Colony’s Linkhorn Bay, rather than on Massachusetts’ Cape Cod, is worth every one of its 2.6 million clams. Though the compound boasts more than 4,500 square feet of living space, in this issue we turn our attention to luxury outdoor living through the lens of Stephen Quick IV of Stephen Alexander Homes, the builders of this cottage compound.

Fenced to the street—white picket in the front, black wrought iron in the rear—here turn-of-the-century charm interfaces with 21st century amenities to provide an escape from the real world instead of the political world. A long sweep of dark gray concrete and paver driveway leads to a paver courtyard where parking capacity is disguised with architectural and landscape features.

Immediately adjacent is a welcoming porch and private entrance to the guest suite. Through a private mini-piazza illuminated with bistro string lights is the pool house. Slabs of rectangular travertine interplanted with grass inject a modern feel into this classical outdoor space.

The pool house, with its mini-kitchen and foldaway walls, features wide plank porcelain barnwood-look floors and white shiplap siding both inside and out. With a metal standing seam roof in charcoal gray, large windows with black mullions, and ceiling fans with an industrial flavor, its modern profile contrasts appealingly with the early 1900s vibe of the main houseclad in gray siding offset by crisp white trim.

Nearby, the outdoor kitchen sports a 10-foot island with a built-in grill at one end. Open on both sides, its granite countertop cascades to ground level at both ends in a sleek, 90-degree waterfall design. 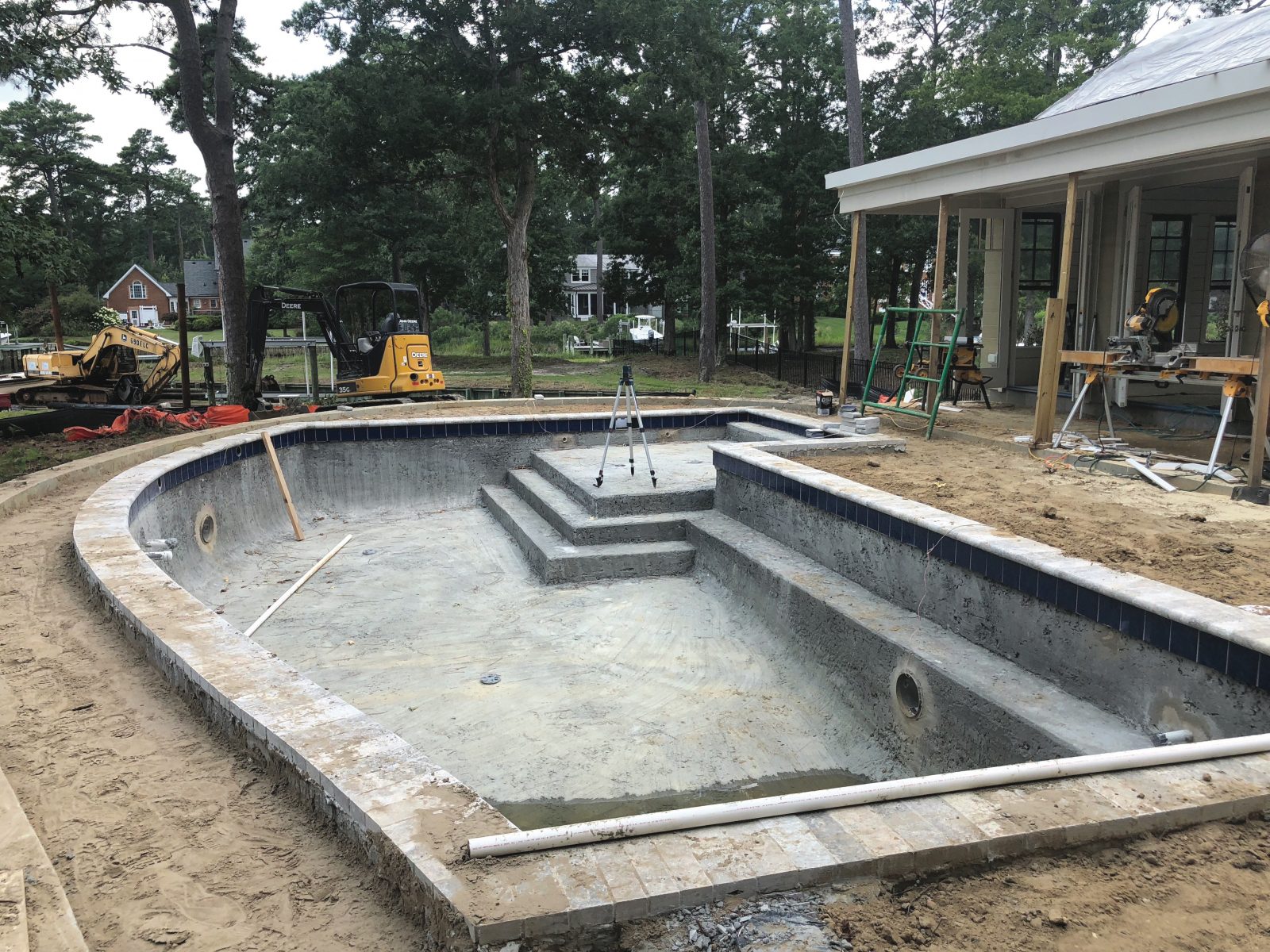 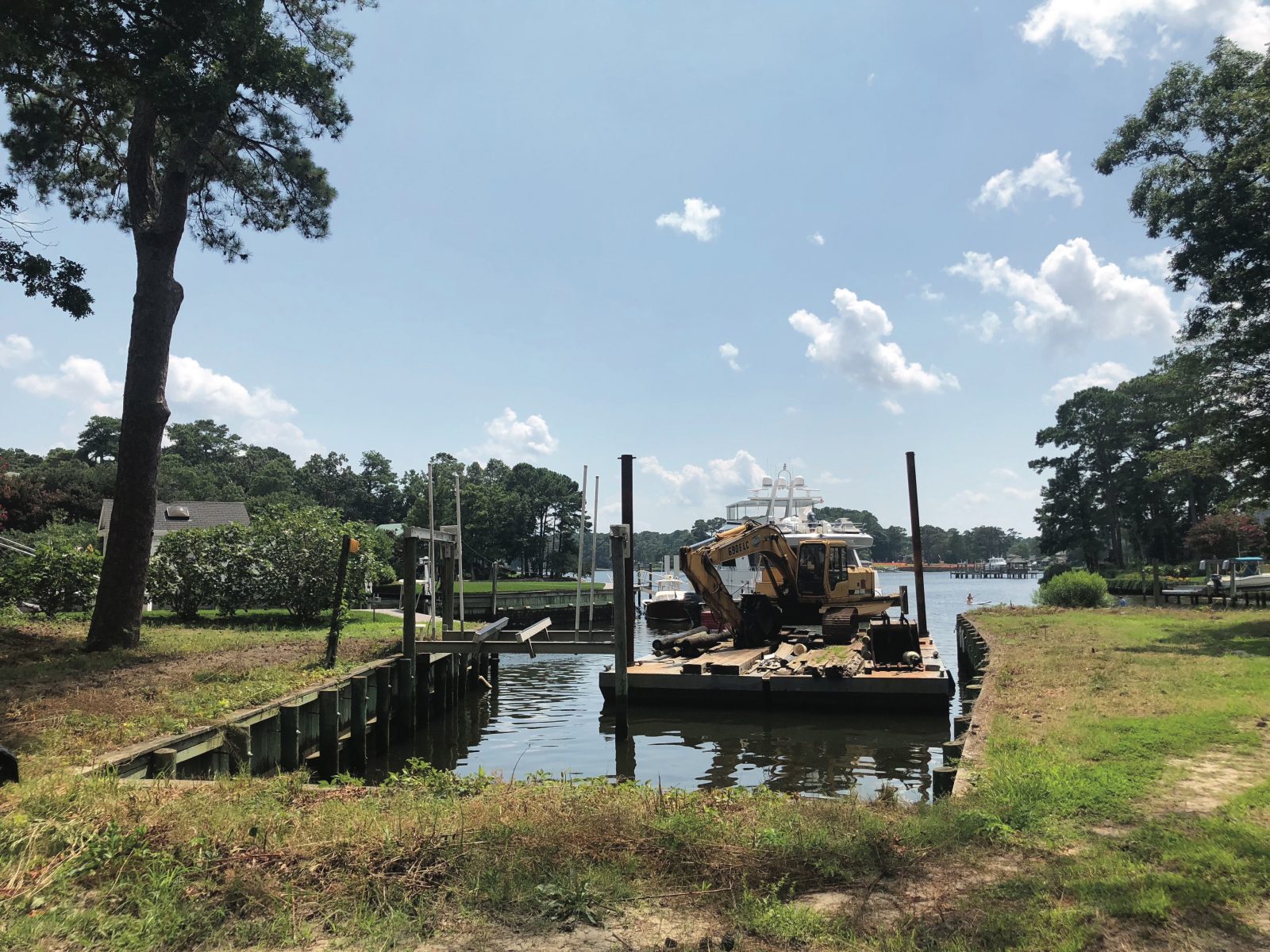 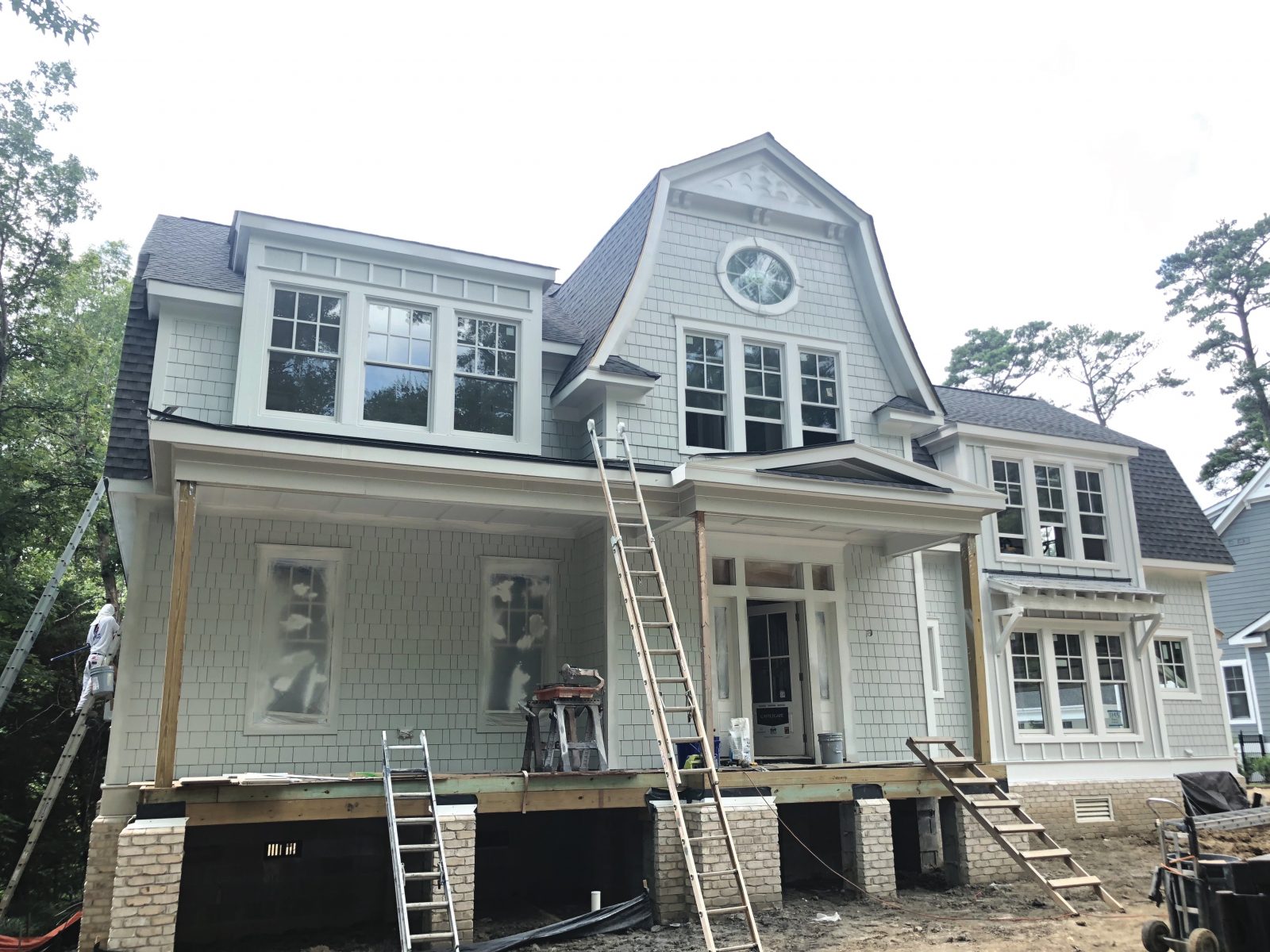 Curved at one end like the mainsail of a yacht—say, the Kennedy “Manitou”—the concrete pool is for wading rather than diving. Ranging from 1- to 5-feet with an organic palette of gray concrete, shimmering Mediterranean blue tile, and rustic-refined travertine coping, an L-shaped built-in bench provides front row seating for spectacular sunsets across the Bay. The jetted pool’s shallow sunshelf is intended for loungers and an optional umbrella to be submerged knee-deep in the cool water.

Linking all of these spaces visually and functionally are a travertine patio, porches off the kitchen and guest suite with motorized invisible screens, and music piped throughout to create an “invisible ambiance.” Lush, environmentally sensitive landscaping, with abundant beds offering drainage and filtering functions, coupled with retaining walls create striking sight lines across the property with its significant grade change.

An avid sailor, JFK is known to have said about the family compound, “I always go to Hyannis Port to be revived, to know again the power of the sea." Whoever ultimately calls the York Lane Cottage home will no doubt feel revived, refreshed and a bit awed by the intersection of man-made and natural beauty at water’s edge. 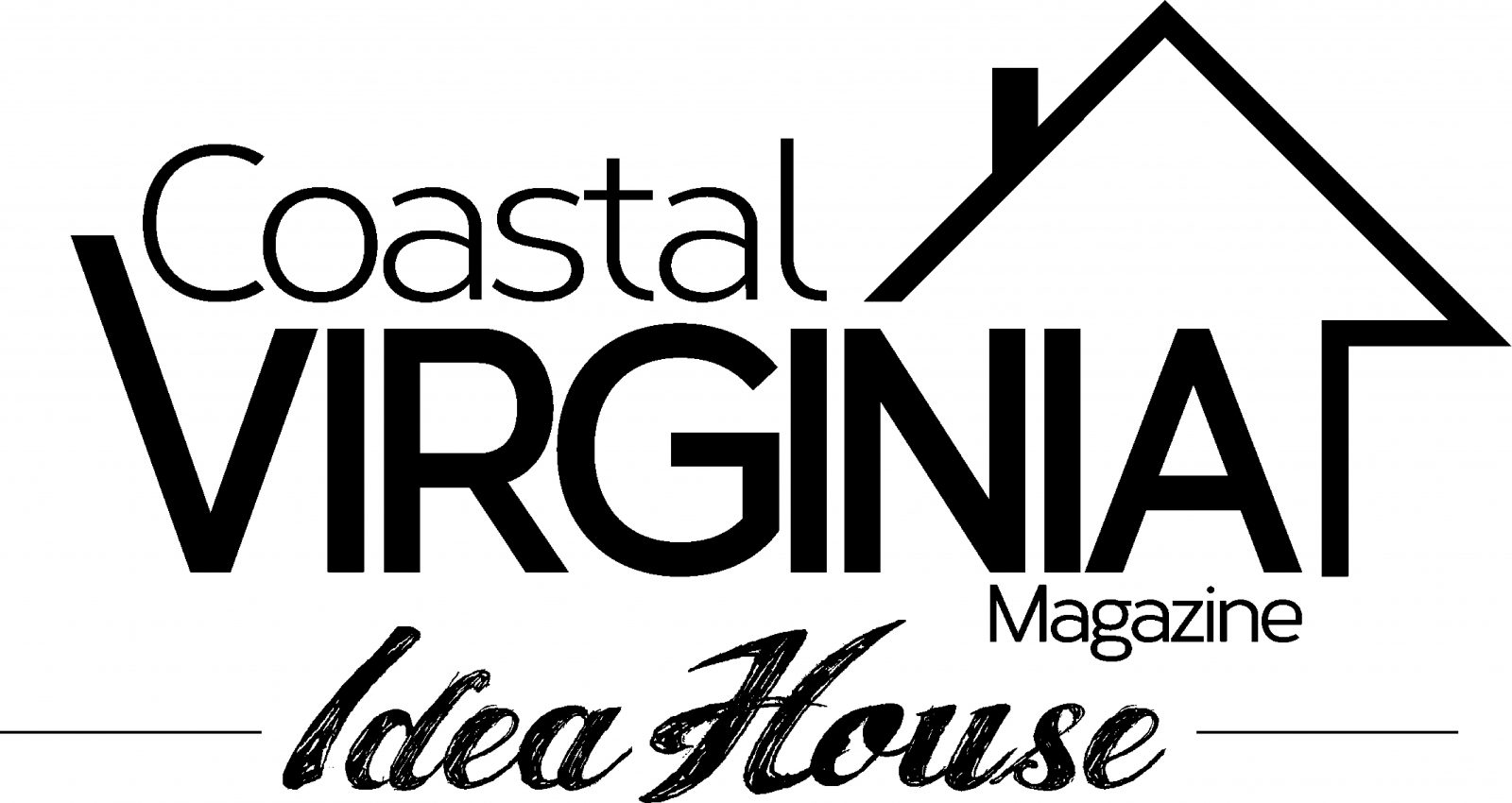 Note: Those listed above are preferred partners as of August 2018.