2020 Marks the 20th Anniversary of The Norva

The Norva Celebrates 20 Years and a Future that Rocks

If the walls of The NorVa could talk, they’d probably ask how much time you have. The former Vaudeville theater in downtown Norfolk, originally opened in 1922, celebrated its 20th anniversary as a now-legendary local pop music venue on April 28.

Since welcoming the Godfather of Soul to its stage on that date in 2000, the NorVa has hosted more than 3,500 concerts and welcomed 2.5 million fans—for shows ranging from Billie Eilish to Pat Benatar, the Flaming Lips to Willy Nelson, Lupe Fiasco (with a surprise appearance by Kanye West) to Elvis Costello.

Rick Mersel, longtime concert promoter and now a Vice President with AEG Live, has been with the NorVa since the beginning. He could probably write a book about all the performances and backstage shenanigans to which he’s been privy there, including those in the venue’s infamous hot tub. But even he’s not immune to being starstruck.

Mersel remembers the late Scott Weiland, emerging from a fog machine mist, one leg propped on a monitor at the stage’s edge, shirtless and clenching a megaphone—“the silhouette of the perfect rock god.” After that, Mersel says, “Stone Temple Pilots bashed and hammered their way to one of the best shows I had ever scene and undoubtedly one of the top shows in the history of The NorVa.” 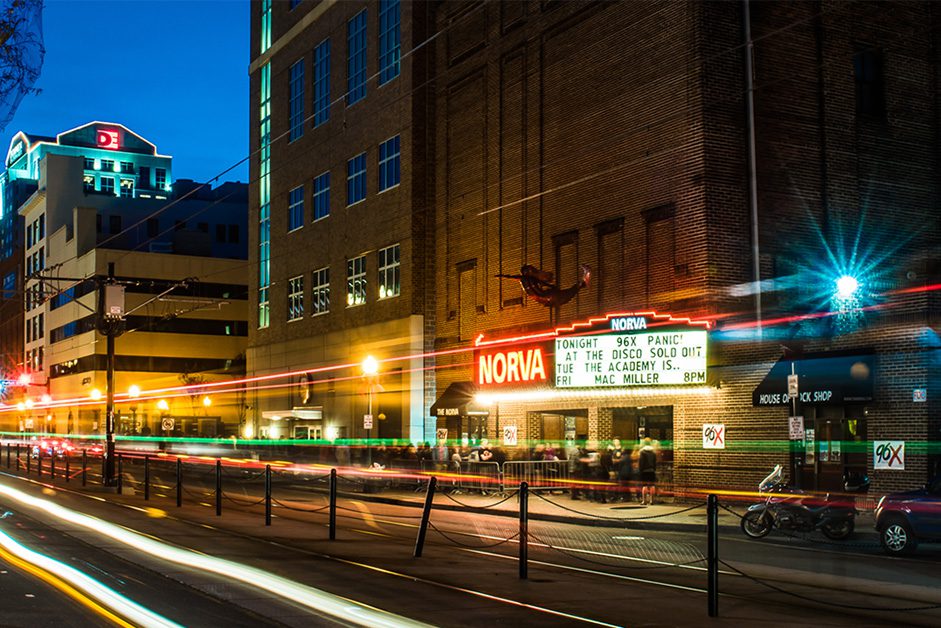 It’s just one of thousands of memorable moments over the last two decades. Sadly, like live performance venues worldwide, the NorVa was forced to suspend operations amid the pandemic—including an anniversary show that would have featured indie hard rock favorite The Cult. Instead, fans got a look back by way The NorVa 2000-2020 Yearbook video, released on their website and social media channels.

The NorVa’s website lists two rescheduled shows in September of this year, Skillet on Sept. 16 and The Revivalists on Sept. 29, and four in 2021, ZOSO (The Ultimate Led Zeppelin Experience) on Jan. 9; The Driver Era on Jan. 31; Dance Gavin Dance on March 30 and Hoodoo Gurus on Oct. 3. May the rock gods shine down upon a successful reopening of that storied stage.