A Bite of Maine Food Truck

A crowd of local folks, young and old, gathers at Marina Shores Shoppes off North Great Neck in Virginia Beach on a beautiful Sunday afternoon in April. Each person gets in line, patiently awaiting the item in which they’ve been steadily yearning. For me, that item is lobster rolls.

Admittedly, I have never tried a classic Maine lobster roll. It’s not exactly a prevalent culinary choice here in Coastal Virginia. Or at least it wasn’t until A Bite of Maine food truck steered its way into the food scene.

When it’s my turn to order, I step up to the window and request the classic  “Lobstah Roll,” the food truck’s signature staple, as well as an order of poutine, a popular dish in northern Maine and throughout Canada.

Once my name is called and I come face to face with the heap of lobster bursting from between a split-top bun, I see what all the fuss is about. 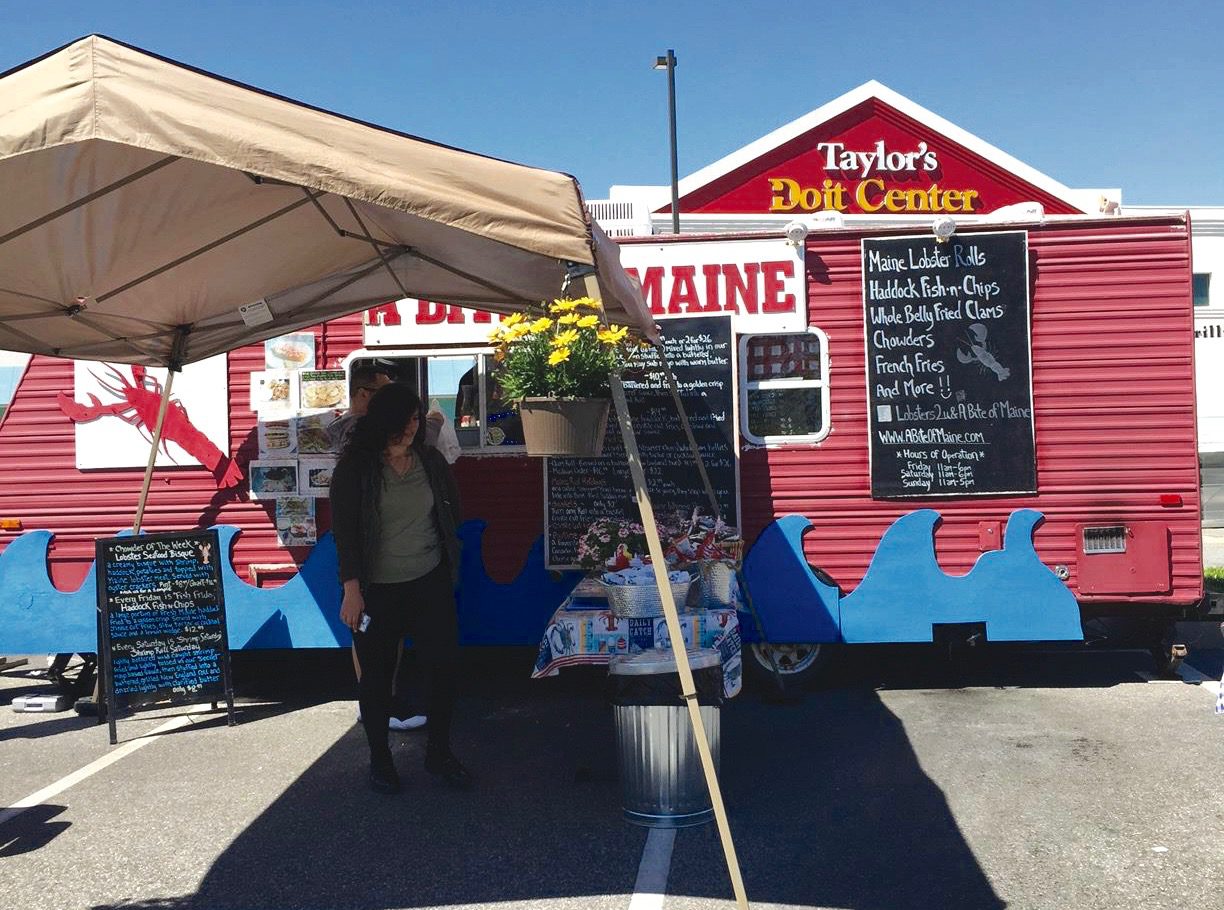 A fourth a pound of fresh Maine lobster is tossed in a “secret sauce” and placed into a grilled, buttered New England roll and served in a classic, red-and-white-checkered tray. The lobster’s tender consistency makes each bite gratifying, and the gentle flavor speaks for itself without being drowned in seasonings or cluttered with filler.

The poutine, which are fries covered in homemade gravy and topped with mozzarella cheese, is the epitome of true comfort food. I dig right in as the gravy drips off each forkful and the warm, melted cheese slides down the hot crinkle fries.

Menu items that we’ll try next time include the whole belly fried clams, Maine red hot dogs, Maine shrimp rolls, New England Clam Chowdah, and Maine Whoppie Pies. All seem like friendly reminders that if you can’t get to New England to satisfy a serious food craving, don’t fret—there’s a bite of it waiting for you right off Great Neck.