A Century of Votes for Women

A closer look at the history behind the women’s suffrage movement, being marked in 2020 by centennial celebrations in Virginia and beyond

The 100th anniversary of the Women’s Suffrage Movement in the United States is being marked around Virginia this year in honor of the official ratification of the 19th Amendment on August 18, 1920.

Below, two Virginia Wesleyan University professors, Kathleen Casey and Leslie Caughell, offer context and insight into the significance of this historic milestone—including the role of race and class in the suffrage movement.

Be sure to explore these and other special events, exhibits and releases associated with the centennial, many of which have been extended or rescheduled due to the COVID-19 crisis and some of which are offering virtual options for learning and interaction:

By Kathleen Casey and Leslie Caughell

One hundred years ago, women secured voting rights through the passage of the 19th Amendment, achieving the single largest expansion of democracy in American history. What we learn about this event in school and from popular culture often gloss over the length and ferocity of the struggle, as well as the divisions that developed among activists seeking the amendment’s passage. The amendment’s passage followed a century of political organizing by women in shifting coalitions beset by disagreements that often centered on race and class. A more nuanced story of the 19th Amendment reminds us that, like today, American women do not all share the same experiences, political values or priorities.

Calls to allow women meaningful participation in government preceded the passage of our Constitution. Though women have long played important roles in American social movements, most Americans continued to believe that women were unfit for public speaking, a masculine activity that required formal education, the ability to shout for hours at time, and most of all, the ability to command the attention of large and sometimes hostile crowds. As a result, male activists often attempted to sideline women, such as in the 19th century abolitionist movement to end slavery, forcing them to form auxiliary “ladies societies.”

Despite the stigma against public speaking by women, a select group began to lecture on behalf of the abolitionist cause. These women speakers increasing began to link racial and gender equality against increasing opposition by the general public. Sarah Grimke, a white woman who grew up on a plantation in South Carolina, made an explicit connection between enslaved women and all women, arguing that it was impossible to advocate for the rights of one while denying the rights of the other.

In the process of working to liberate enslaved African Americans, a generation of mostly middle- and upper-class white women learned how to mobilize and advocate for their own rights. In July of 1848, two abolitionists—Lucretia Mott and Elizabeth Cady Stanton, a friend of Grimke’s—hosted a women’s rights convention in Seneca Falls, New York. Over the course of the two-day convention, they produced the Declaration of Sentiments, which called for women’s right to vote. Though it is widely considered the launching point for the “first wave” of the women’s rights movement, the convention failed to challenge racial prejudices. Even those who opposed slavery did not necessarily see black Americans as their equals. Pushed out of the broader movement, black women formed their own anti-slavery societies.

When the 14th (1868) and 15th (1870) amendments finally provided political protections and voting rights to black men, they failed to include women of any race. As a result, suffragists hoping for a revolutionary amendment that would enfranchise the entire adult population felt stymied, and divisions quickly emerged over how to move forward. In 1890, these tensions ultimately divided the movement into two main factions, the National Women’s Suffrage Association and the American Women’s Suffrage Association. The NWSA was the more radical of the two, arguing that women should challenge the 14th and 15th amendments and attempt to vote through direct action. In 1872, Susan B. Anthony took this approach when she attempted to vote and was arrested for it. By contrast, the Boston-based AWSA wanted to ensure black male suffrage, while members focused on achieving women’s suffrage one state at a time through referenda. 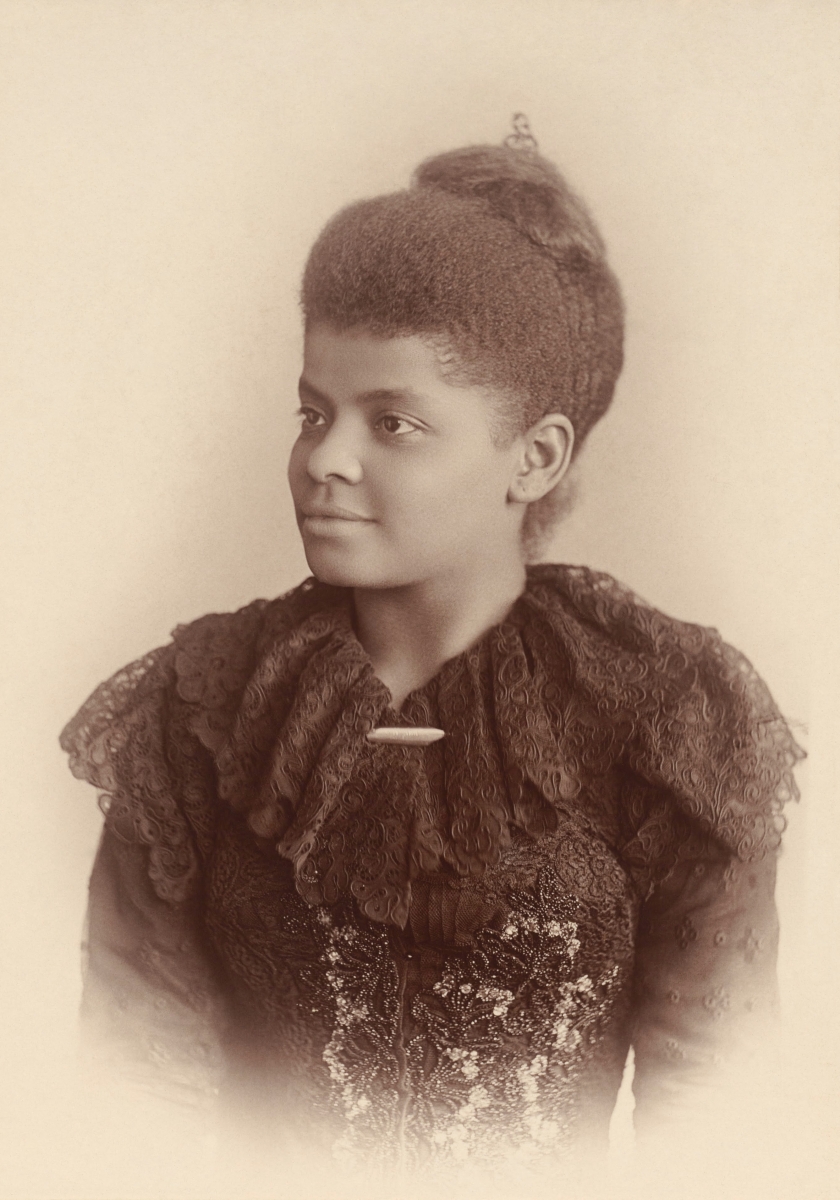 Ida B. Wells, photographed by Mary Garrity, circa 1893 (Public Domain)

Many black suffragists focused their efforts on “Negro Suffrage,” believing that combatting racial-based repression was more pressing than combatting gender-based repression. And it is important to consider why. From the end of Reconstruction in 1877, Jim Crow segregation and racially motivated violence, including lynchings, dominated American life for the next forty years.

At the turn of the century, many southern states established new methods to undermine the 15th amendment and disenfranchise black male voters. In 1902 Virginia drafted a new constitution which included an “understanding clause” and a poll tax. The understanding clause forced black voters to demonstrate that they “understood” the state constitution to the satisfaction of white election officials, while the poll tax required new voters to pay $4.50, equal to over $100 today. Within three months, these measures removed approximately 85% of black voters from voter registration rolls. In this context, it is not surprising that many black women felt the race issue was more urgent than “the woman question.”

As southern states excluded black male voters, the two most prominent suffrage groups merged to create the NAWSA. In the last three decades of the movement, many white suffrage leaders ignored the priorities of black and working-class women in order to appeal to southern white women. Though NAWSA did not exclude black women from joining its ranks at the national level, state and local branches did. As white suffragists closed ranks, black suffragists like Mary Church Terrell and Ida B. Wells continued to serve as powerful spokeswomen for the cause. When 5,000 suffragists descended on Washington for a women’s suffrage march the day before Woodrow Wilson’s inauguration in 1913, Wells refused to march at the segregated end of the parade. After waiting until the procession started, she ran ahead and integrated the section representing her state.

In the last decade before passage of the 19th Amendment, the fight for women’s suffrage became a mass political movement. Memberships in suffrage organizations grew exponentially and American suffragists increasingly adopted more confrontational strategies learned from their British counterparts. At the same parade in which Ida B. Wells was ordered to march separately, white suffragists like Inez Milholland captured the attention of the press by parading down Pennsylvania Avenue astride a white horse. In 1916, young activists formed the National Woman’s Party, and founders Lucy Burns and Alice Paul were arrested for picketing in front of the White House. The women considered themselves political prisoners and went on hunger strikes to call attention to the hypocrisy of politicians who claimed America was fighting World War I to make the world “safe for democracy” while denying democratic rights to half the population at home. (Officials put Paul in solitary confinement and force-fed her through feeding tubes during her hunger strike.)

Though suffragists eventually won the support of President Wilson, Congress voted on the 19th amendment five times before finally succeeding in June 1919. The Amendment faced fierce opposition when it came before state legislatures for ratification, especially in the South. Some white suffragists ultimately convinced Southern legislators that the votes of white women would effectively cancel out the votes of black men. (Virginia voted against ratification in February of 1920, and would not vote in favor of women’s voting rights until 1952). Even after ratification, the same race and income obstacles that state governments erected to keep black men from voting also disenfranchised black women. 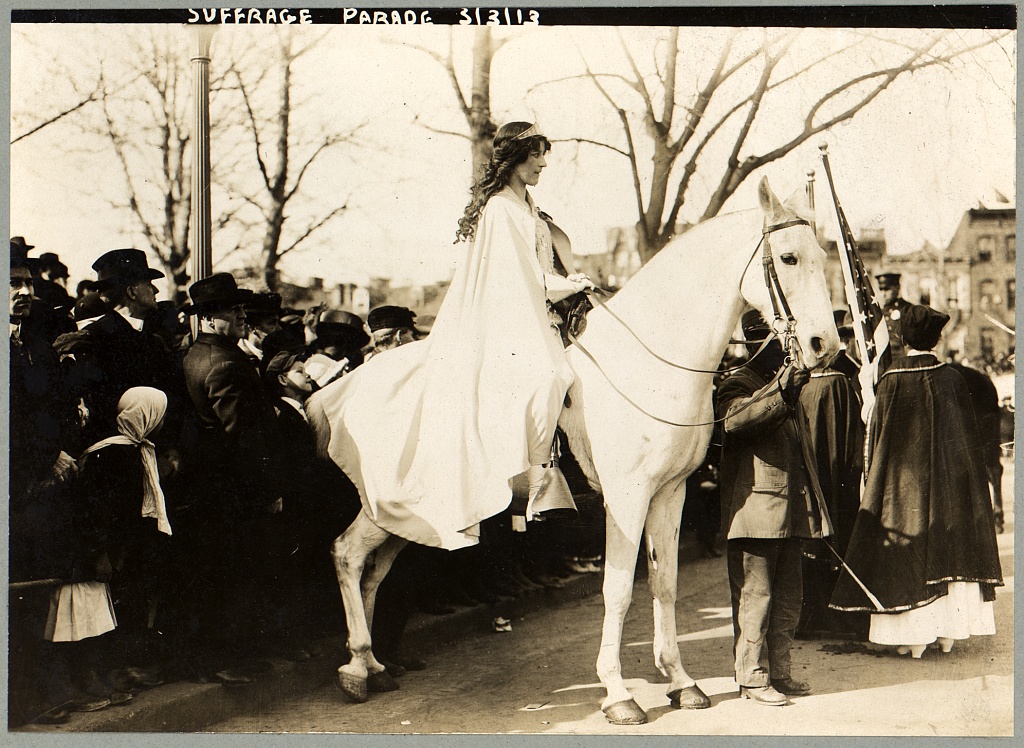 Following the passage of the 19th Amendment, experts spent very little time exploring the politics of women. When asked how women would vote in the 1940 presidential election, George Gallup, the father of modern polling, answered “How will they vote on election day? Just exactly as they were told the night before.” This belief that women’s votes would vote like their husbands, or not vote at all, persisted for decades. Yet by 1964, female voters outnumbered male voters, and they have outnumbered men in every presidential election since. In 2012 and 2016, 10 million more women voted than men.

Because they vote in greater numbers, women often determine election outcomes. From Jimmy Carter to Barrack Obama, none of the recent Democratic Presidents would have won without female voters. Unfortunately, those talking about the votes of women often miss an important point. Women do not all share the same political attitudes, priorities, or preferences, even when they are concerned about the same policies, and many of these differences often fall along racial and class lines.

In contemporary politics, white women tend to support conservative policies and candidates. Black women, on the other hand, skew more liberal in their support of policies and candidates. In the last presidential election, President Trump received 47% of the votes of white women, while 82% of black women voted for Clinton. The support of black women remains so important for Democratic candidates that the party’s chairman wrote in 2017, “Black women are the backbone of the Democratic party, and we can’t take that for granted.”

The importance of black female voters to the Democratic Party has been an important facet of their election strategies at the state and federal level. The New Virginia Majority focuses on organizing and mobilizing voters in black communities, especially women. The likely presidential nominee, Joe Biden, even promised to nominate a black woman to the Supreme Court if elected.

Voting differences between white and black female voters have begun to narrow. Many white women with college degrees have shifted their votes to the Democratic Party. Since 2017, multiple Virginia Republicans lost their fairly safe seats in suburban districts to Democratic opponents in congressional elections and state legislative elections. Driven by increased turnout and support for Democratic candidates from women, these elections gave Democrats control of the House of Representatives in Washington and control of both legislative chambers in Virginia.

Women who are active in politics represent a diverse set of political attitudes and beliefs. Women were essential in organizing recent political movements from the Tea Party to Black Lives Matter. Women in both parties now serve as elected officials, more than at any point in American history. Today, women fill about a quarter of state executive and mayoral positions, in addition to about a quarter of state legislative and Congressional seats. Many of these women representatives also serve in party leadership positions. For example, the Virginia state legislature began its session in 2020 with the first female Speaker of the House of Delegates in the assembly’s 400-year history.

On the 100th anniversary of women’s suffrage, we should reflect on an important reality: suffragists were not “given” the right to vote; instead, they seized it after a century of struggle. They were a force in American politics, but not a static or monolithic one. Like the suffragists behind the passage of the 19th Amendment, today’s women may share a gender identity but do not necessarily place that identity above those of their race, class, or even region. We may talk about women voters as a group, but within that group, women diverge in political values, policy preferences and priorities.