A Cider Sip and Learn at Sly Clyde 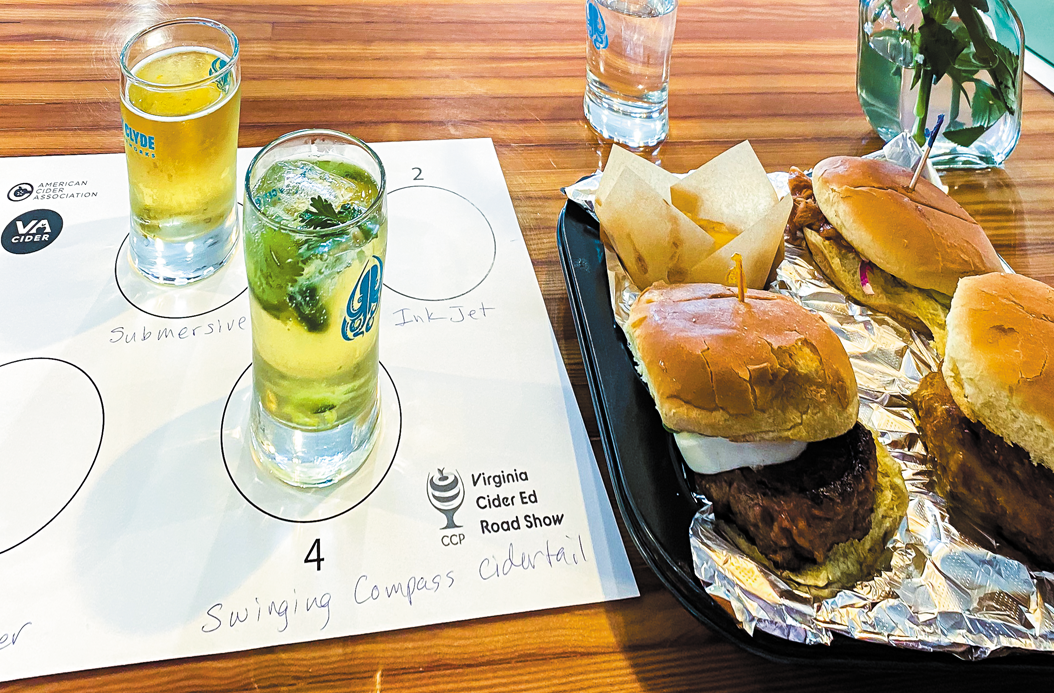 At a recent workshop put on by the American Cider Association (ACA) at Sly Clyde Ciderworks in Hampton, local food and beverage professionals were treated to five very different styles of Sly Clyde ciders to pair with foods served up by Hampton-based Chicken Stop food truck.

The event was part of a tour of Virginia cideries designed to educate industry professionals about the diversity and versatility of Virginia hard ciders. The tour also included stops at Lost Boy Cider in Alexandria, Potter’s Craft Cider in Charlottesville and Fall Line Kitchen & Bar at the Richmond Marriott.

The paired tastings were used to help demonstrate the four “Cs” of food and cider pairing: Complement (such as a sweet cider with a molasses-based BBQ sauce); Contrast (such as an acid-forward cider with briny oysters); Cut (such as a highly tannic or carbonated cider with a rich brie cheese); and Complete (such as a complex cider with a well-composed dish).

The most crucial rule in food and cider pairing is that intense foods can easily overpower a delicate cider and vice versa. But obviously, tastes differ. The idea is to try a variety of foods with a variety of different ciders to see which pairings work best for each individual.

One example is the Local’s Favorite Mussel Bowl appetizer from Pour Girls in Hampton (another sponsor of the workshop at Sly Clyde), which steams fresh mussels in Sly Clyde cider for a truly amazing and unexpected flavor.

Sly Clyde is also part of a digital Virginia Cider Tour that encourages Virginians and visitors to explore the Commonwealth’s hard cideries. The trail is a year-long offering that will provide deals and discounts to visitors through June 25, 2023.