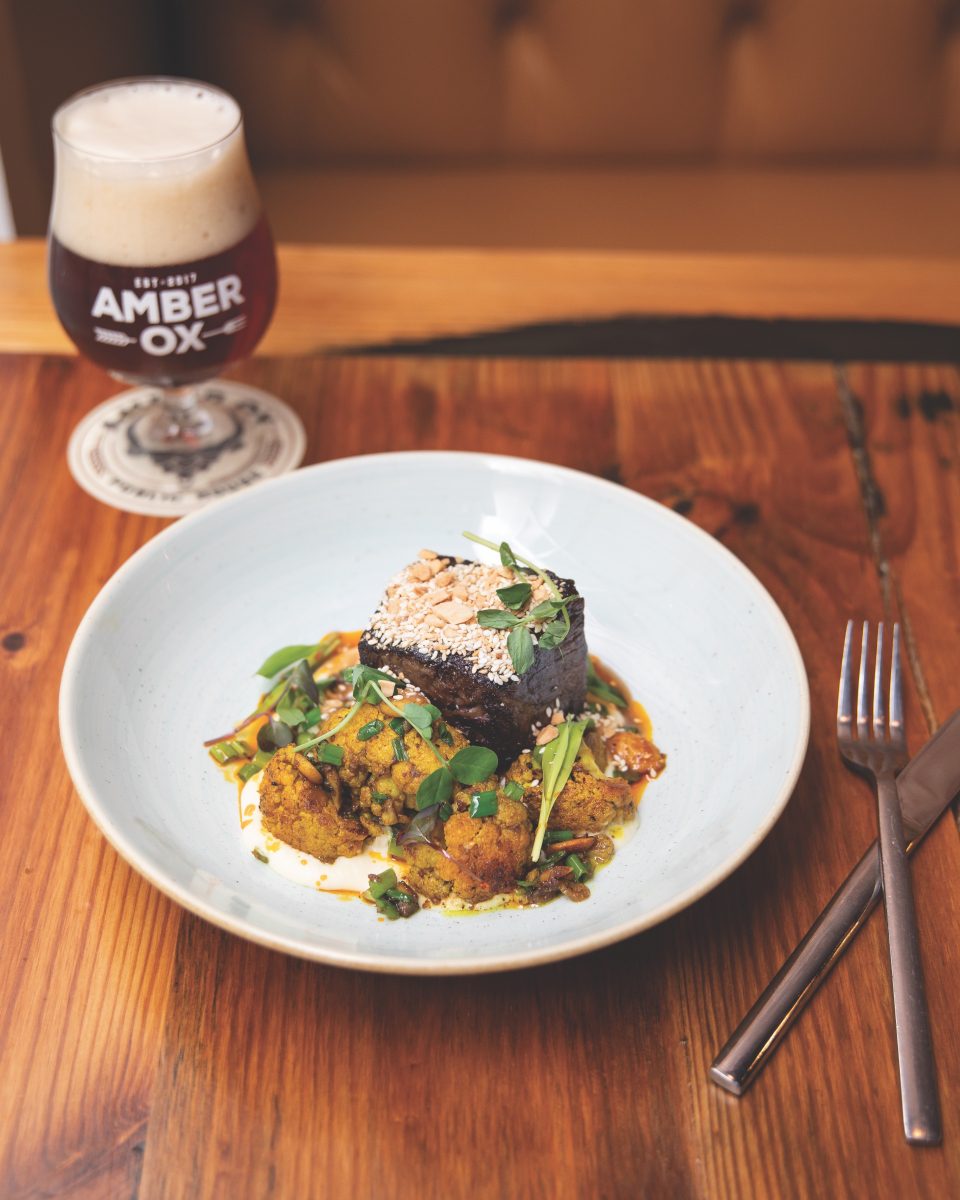 His idea came to a head with cauliflower. When Chef Troy Buckley was deciding on a dish that would wow the guests at March of Dimes Signature Chefs Auction, you might expect he would first ponder his protein, but Buckley cautions to never slight the sides.

"Proteins are easy to highlight, but it's what goes with them that makes the dish, in my opinion," says Buckley. "What really sparked the idea was getting this great local cauliflower from one of my farmers."

We call the strategy he sprouted a success. Buckley, of Williamsburg's Amber Ox Public House, took home the awards for Best Taste and People's Choice at the annual MOD auction, held last November at Williamsburg Lodge. The Colonial-area event raises money for the organization and allows area chefs to showcase samples of their top culinary creations. Both guests and a panel of judges, including Coastal Virginia Magazine staff, voted for their favorites.

Besides the cauliflower (Moroccan-spiced), Buckley's winning taste consisted of a braised short rib, green and purple sprouts and a sprinkling of chopped nuts. He says he decided on a custom-cut short rib to bring out the earthiness of the cauliflower from Dave and Dee's Homegrown Mushrooms by Jenny Nelson in Sedley and used the Moroccan spices to both cut the sweetness and season the roasted vegetable. To make the spice blend, Buckley ground clove and fresh turmeric and ginger from Dayspring Farm in Cologne to create a paste.

After he braised the short ribs, Buckley saved the robust, flavorful liquid from the meat and combined it with some Hickory Syrup from Falling Bark Farm in Berryville to make a velouté-type sauce.

"Dishes are a reflection of you," says Buckley of his inspiration. "With me being outgoing and very approachable, that helps me with coming up with ideas." The chef regularly relies on bold, ethnic flavors and, of course, local ingredients. 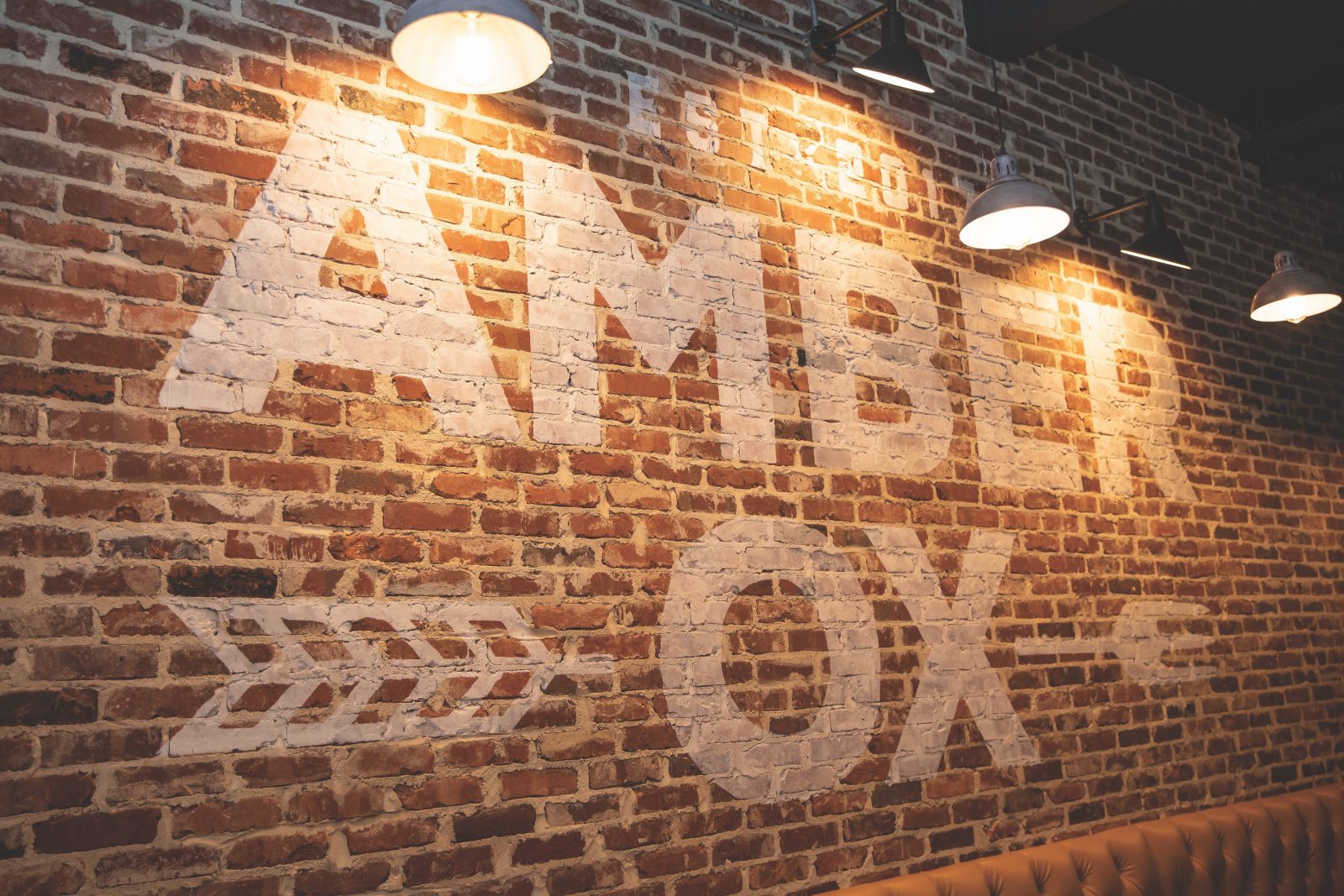 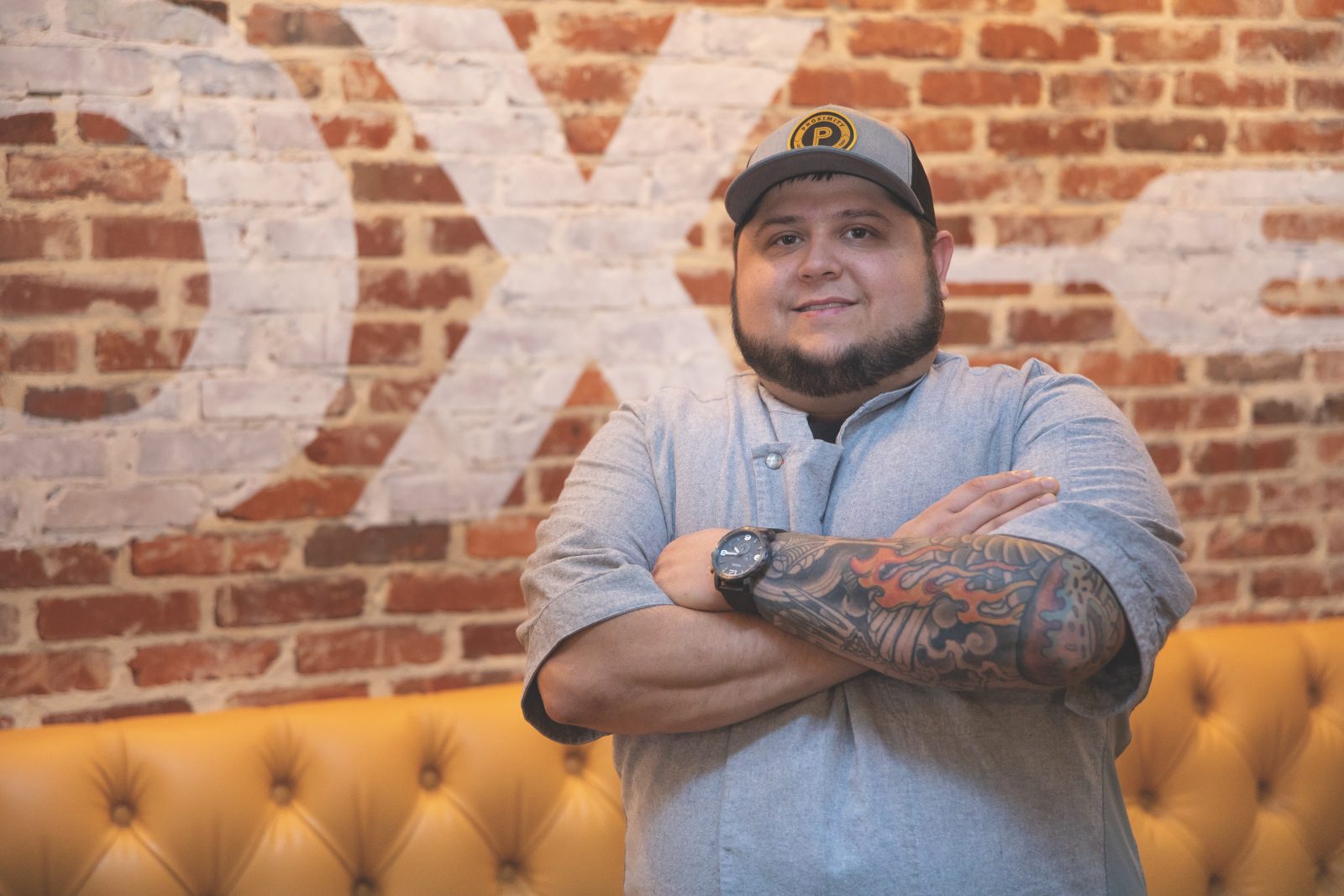 "I want to know where my product is coming from, and it's also nice to support people who are passionate," he says. "It makes my job a little easier. I start with great products and people who are into what they are giving to me. They are trusting me to take care of their products and elevate them so I can complete the food cycle."

Buckley began developing his food philosophies more than 16 years ago. He graduated from Le Cordon Bleu in Pittsburgh, where he was trained in the classical French technique, and has worked locally at Circa 1918 Restaurant in Newport News and The Williamsburg Winery's Café Provencal before becoming head chef at Amber Ox when it opened about a year ago. He says diners have been very receptive to his menu, with Southern-influenced and locally sourced plates, but attributes the restaurant's early triumphs to a dedication to hospitality and being a strong part of the community.

"That really resonates with people," Buckley says. "They want to be a part of something and come in and feel like they know you. The forefront of why we are successful is not just because the food is good but because we treat people well. We want them to have an experience."

And Buckley says being part of the community also extends outside of the eatery by participating in charitable events like Signature Chefs, a cause he was happy to support.

"Not only did I get to go in there and hang out with my chef friends, but I also loved helping the foundation out, " Buckley says. "Anything that we can do to participate and assist in any way we can, we will do. We put our values first."