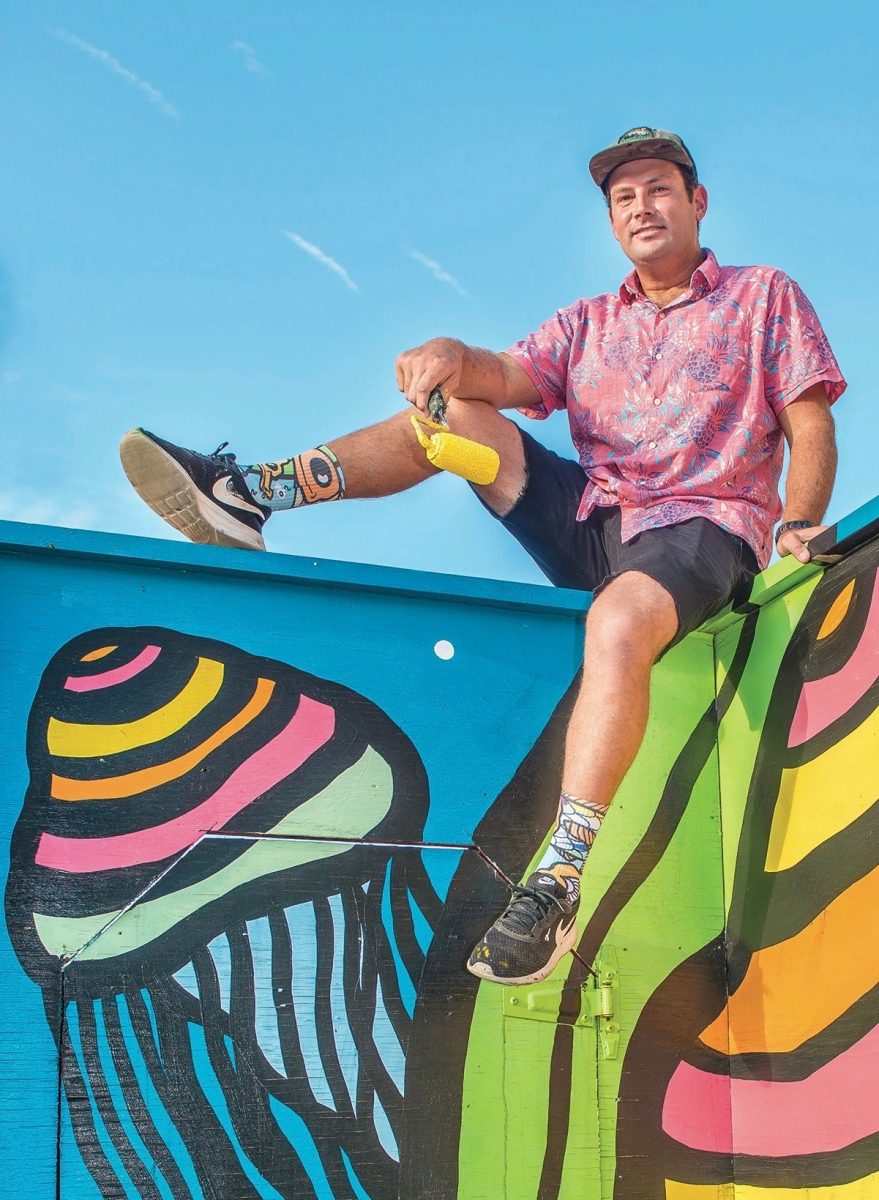 Public art can give your city a sense of identity; it can inspire individuals to think creatively, unify neighborhoods and instigate a dignified pride in your community. Troy Summerell, better known by OnieTonie, his pseudonym for his work with a paintbrush, has made our region a playground for his public art. From vehicle wraps to tattooing buildings with murals, OnieTonie takes what was once plain or tattered and splatters it with a canvas of colors. His palette is patterned with bold outlines and upbeat animations of smiling schools of fish and mellow sea turtles—the backdrops for those posing for pictures and icons that could belong on a postcard of your hometown.

Summerell is from Virginia Beach, graduated from James Madison University with a business degree and worked in the restaurant scene during a time he refers to as a transitional phase of his life. He adopted the name OnieTonie after his late grandmother, Onie, to carry on her philanthropic legacy with his artwork. Nicknamed Tonie, she volunteered at Sentara Bayside in Virginia Beach for several decades.

As a surfer, Summerell refurbished his broken boards into pieces of art before establishing his own style with his drawings. “Once I found my niche, I found those designs, I actually kind of taught myself,” explains Summerell. He opened up his own gallery on 17th Street in Virginia Beach, which became Studio 17, where he created the first mural that was a catalyst for the ViBe Creative District. He since has moved on from the studio to work on location, spreading his designs further with recycled surfboards, branded textiles, designs and murals. 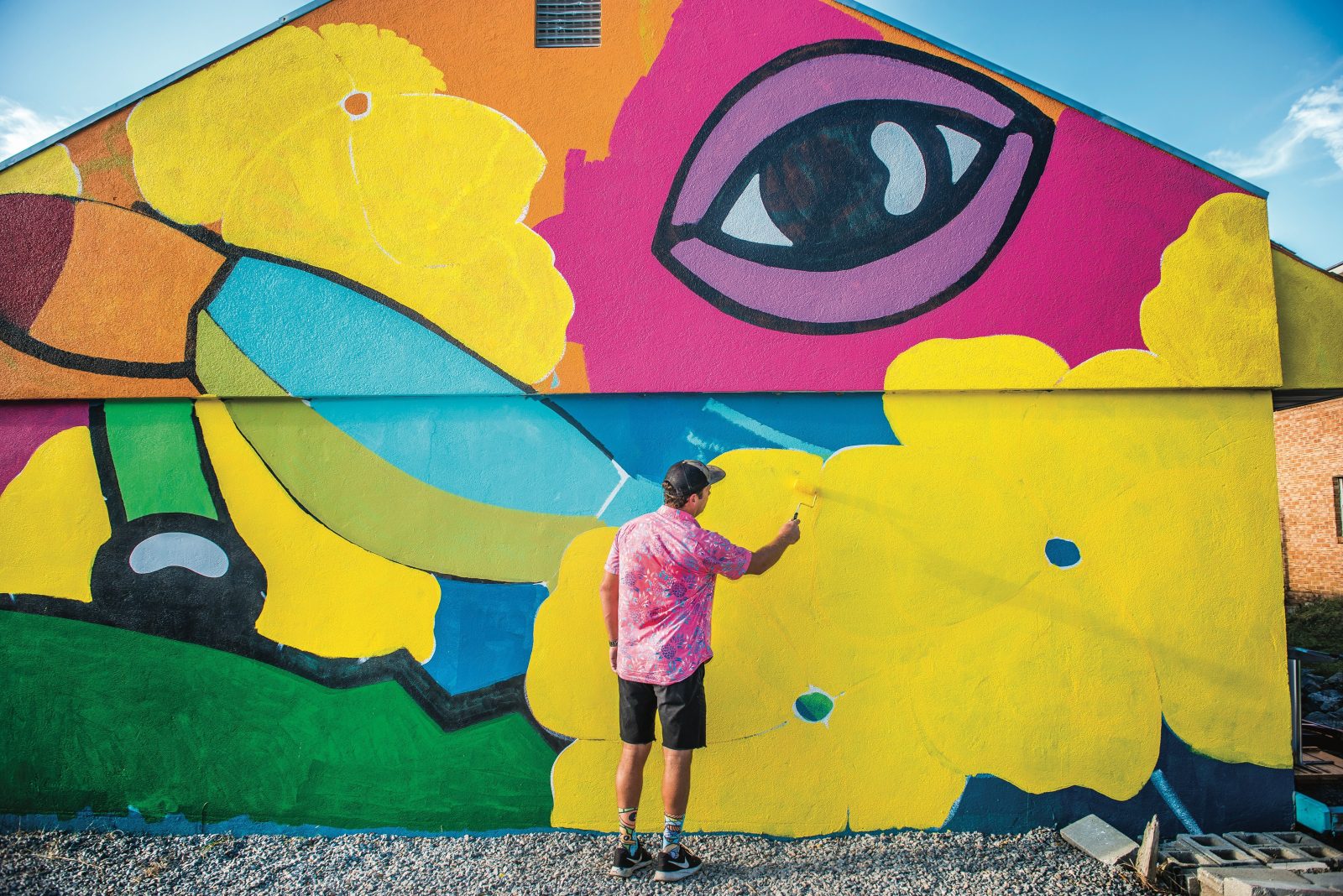 OnieTonie has enlivened entire city blocks with his displays, adding energy to Norfolk and vibrancy to Virginia Beach. His sea creatures swim across the walls near Granby Street in the NEON District and at Java Surf in the ViBe. His hand-painted florals flourish on Ann Horton’s Nurseries & Gardening Store along Route 58 in Suffolk. Summerell even has mobile murals coated on Norfolk’s CHKD ambulances and 99 for the 1’s mobile outreach truck for the homeless in Virginia Beach. “I’m trying to add some kind of positivity during these trying times for people,” Summerell shares. His designs can be found on the basketball backboards at Jacox Elementary in Norfolk; Star of the Sea Catholic School, Red Mill Elementary and at CHKD Health and Surgery Center in Virginia Beach—uplifting spirits and inspiring children to smile.

“My art is simple,” says Summerell, whose only message with his imaginative designs is to “make people happy.”