Battle of the Brussels Sprouts

It’s no secret that Brussels sprouts get a bad rep. Kids often push them to the edge of their plates, and some adults even turn their noses up with merely a mention of the miniature cabbages. All that changes, though, with a little crisp and creativity.

We’ve noticed a trend with local restaurants offering crispy Brussels sprouts as a side dish, and we’ve noticed they’re very delicious. So, naturally, we decided to pit the dishes against one another to create an informal taste test that we call Battle of the Brussels. We visited four restaurants offering the sprouts as a side. However, the preparations were all so tasty and diverse that we found it impossible to pick a winner. Instead, we riffed off a Battle of the Bands concept and awarded song title superlatives to each dish. Whether you like your sprouts smoky, crispy, saucy or a little of each, you needn’t go far to find sprouts that hit all the right notes. And these globes of goodness can be yours for between $6–$8. 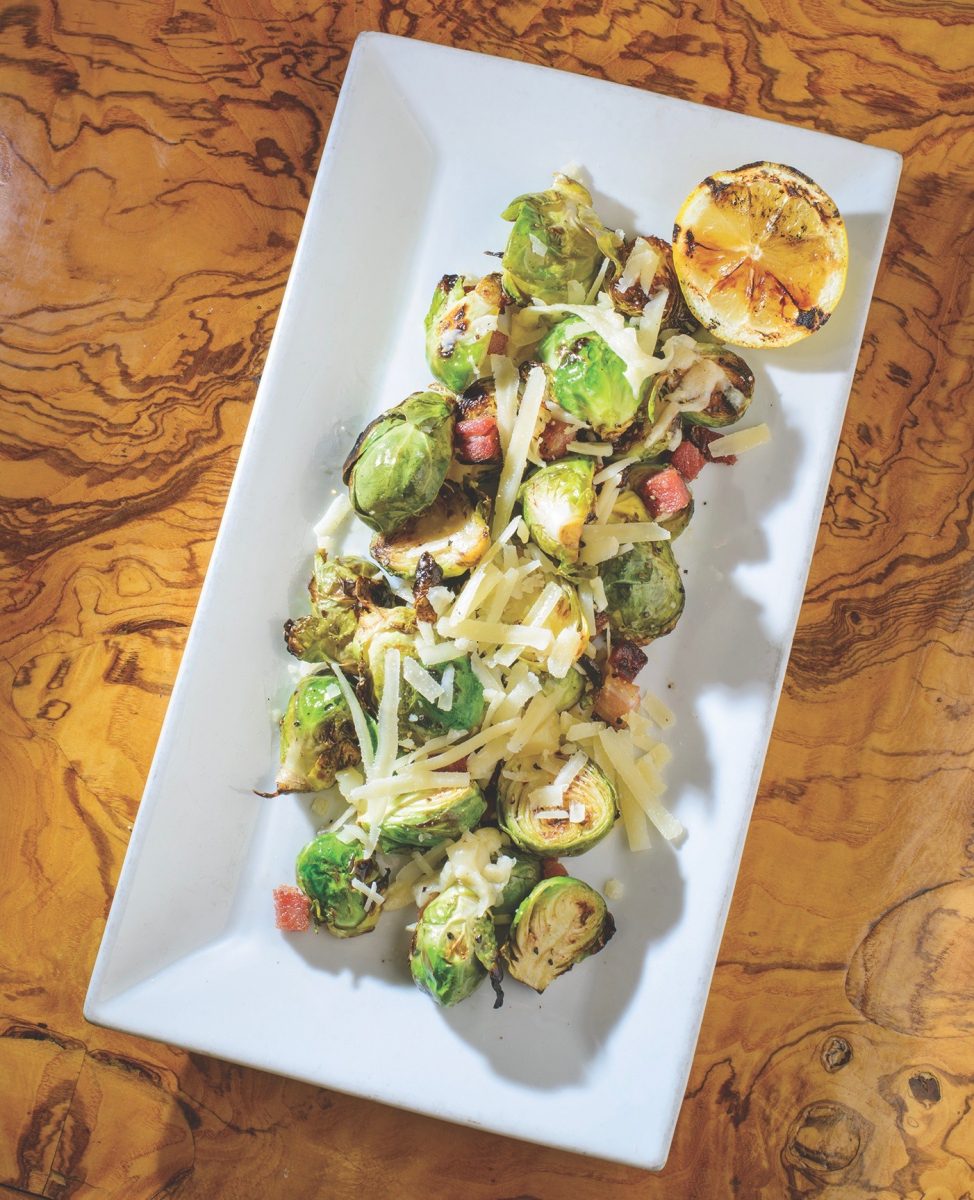 Smoke on the Water
Belmont House of Smoke
Sprouts get their smoke on at Belmont House of Smoke in Ghent. Fresh sprouts are halved, sautéed until al dente, and then grilled on a flat top to achieve a nice char. Ample cubes of in-house cured bacon and thick grated parmesan cheese lend smoky, nutty goodness, and just enough saltiness. So as not to gild the porcine lily, this pretty dish is served with just a hint of fresh minced garlic and garlic powder, says general manager, Kenny Hall. While these sprouts are listed under appetizers, they could make a meal, though the restaurant is best known for its award-winning Texas-style barbecue.
2117 Colonial Ave., Norfolk. 757-623-4477 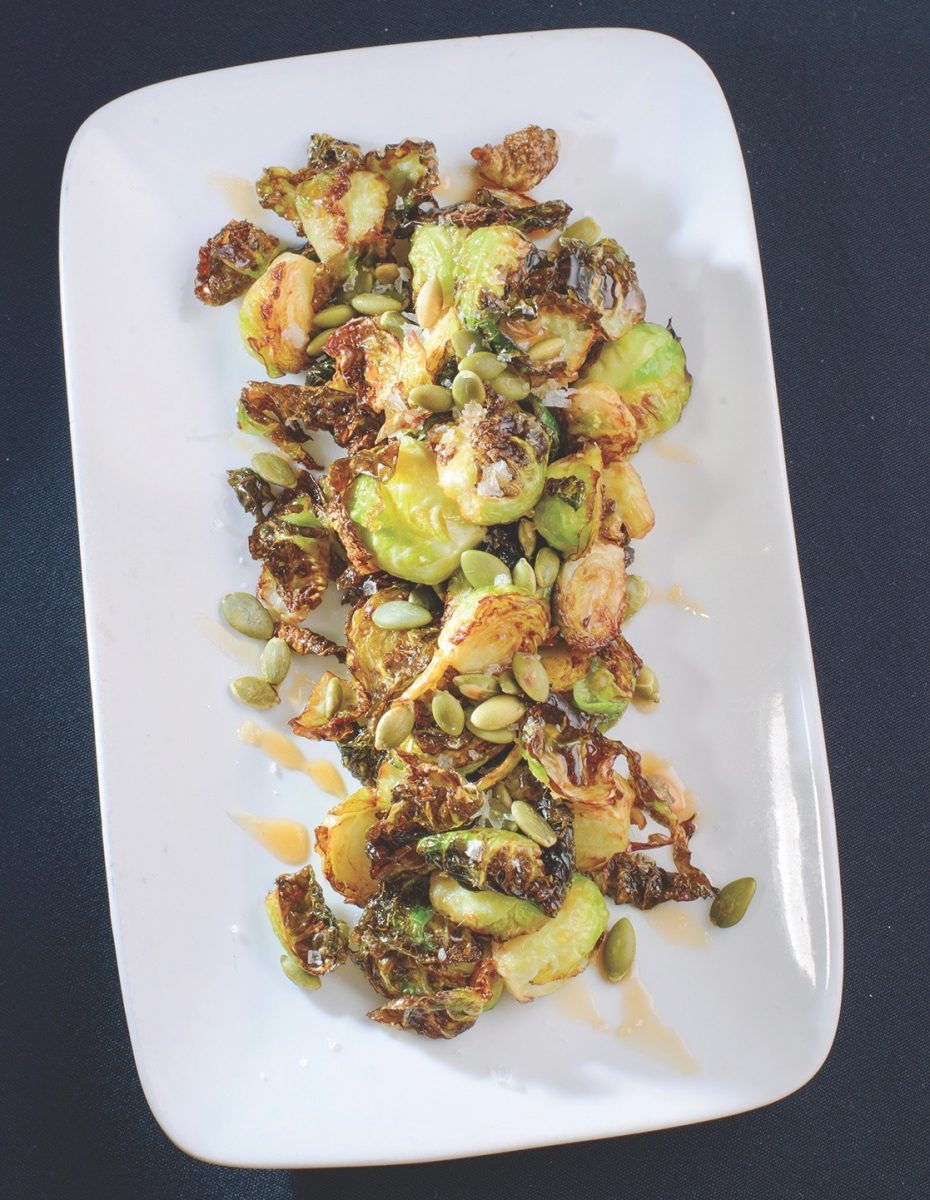 Love is Orange
Crackers
Crackers, a casual neighborhood martini and tapas bar, is funky and friendly. Its sprouts, located under the “Hot Tapas” section of the menu are indeed a hot ticket. Trimmed and halved, the sprouts are then fried for 3–4 minutes at 350 degrees in the deep fryer. Afterward, they are tossed with a bit of salt, pepper, and blood orange gastrique, a tasty syrup of reduced blood orange juice, sugar and red wine vinegar. Roasted pumpkin seeds are the perfect finishing touch to this vegan and gluten-free side. If you were a fan of the previous popular iteration made with maple gastrique and shitake “bacon,” Chef Mike Johnson describes this preparation as “similar.”
4226 Granby St., Norfolk. 757-640-0200 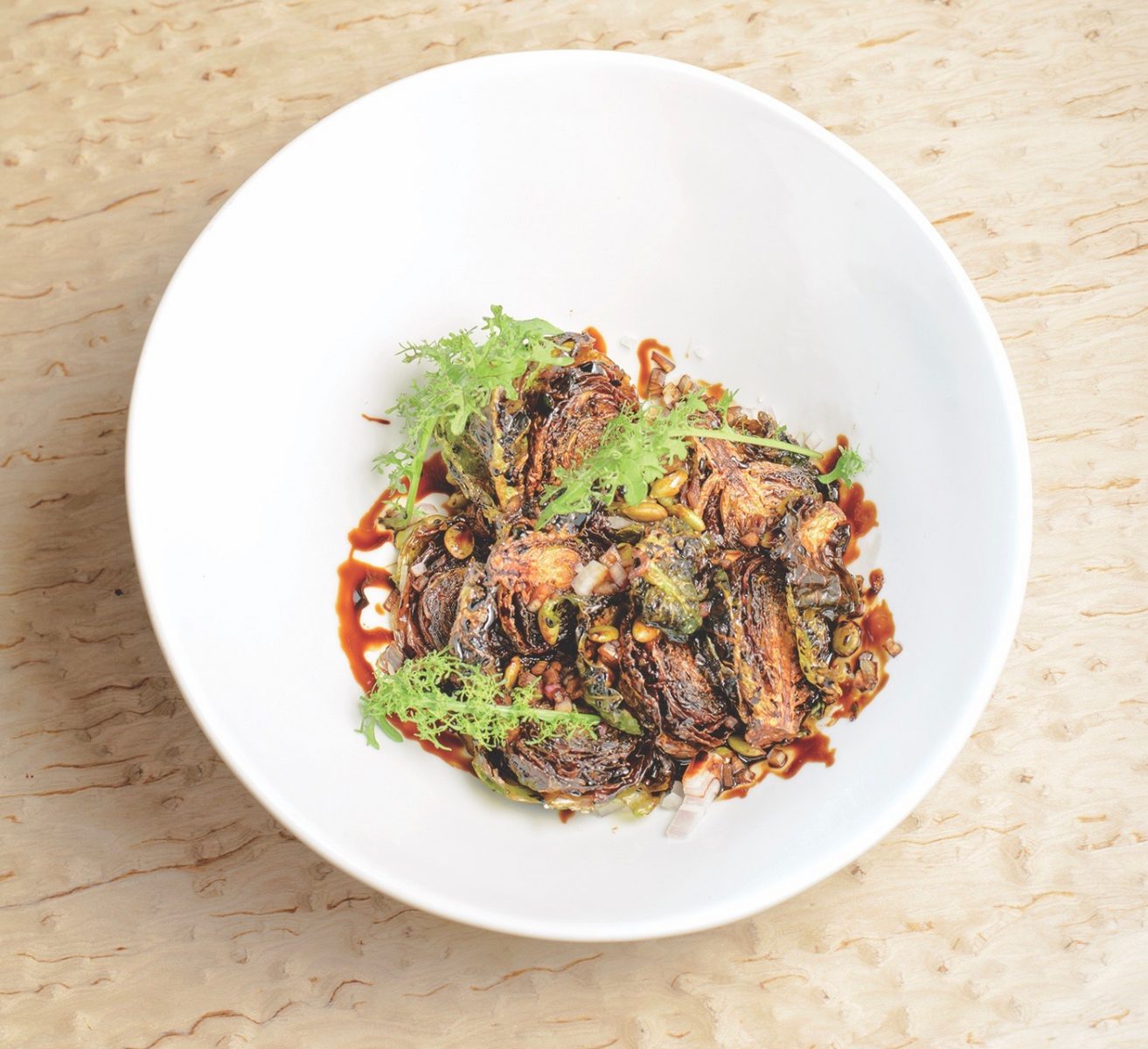 You Can Share My Blanket
EAT An American Bistro
Found “on the side,” these crispy glazed sprouts are blanketed in a luscious balsamic glaze. Fresh sprouts are first trimmed and halved before being submerged in 350-degree oil to fry just until golden brown. As soon as the fry basket is removed from the bubbling oil, sous chef Paul Benton explains, the sprouts are transferred to a mixing bowl where the balsamic glaze, along with minced shallots, roasted pumpkin seeds and flaky Maldon sea salt awaits. After a quick toss, they are whisked to the table so that the sprouts are still crisp, despite being shrouded in a lick-your-fingers glaze.
4005 Atlantic Ave., Virginia Beach. 757-965-2472 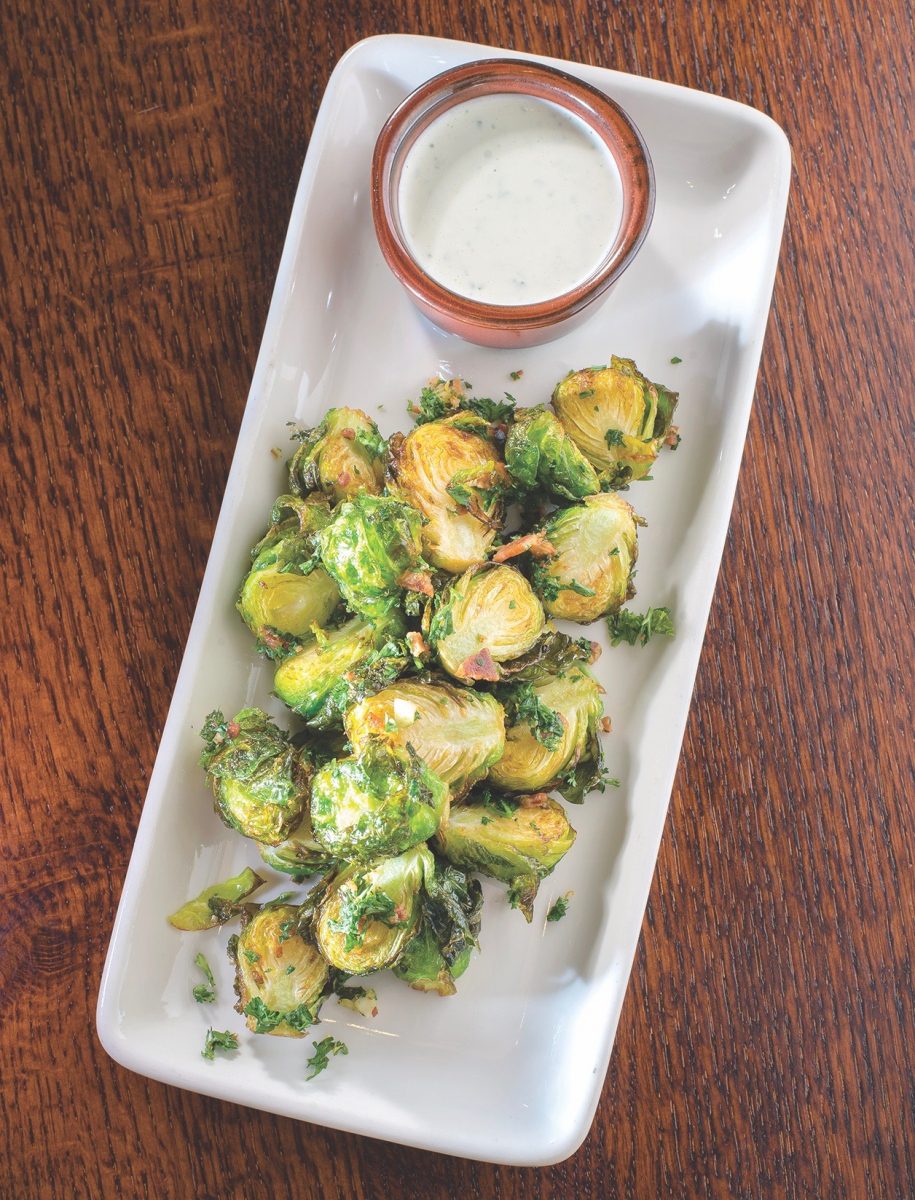 Flash Delirium
Tupelo Honey Cafe
When it comes to sprouts at Tupelo Honey Cafe in Virginia Beach’s Town Center, executive chef Jojo Collins keeps it “very simple.” The crispiest of the lot, the sprouts here take their place next to other scratch-made Southern favorites, which can make ordering very challenging. But get the sprouts. Sliced in half and flash fried in the deep fryer, they are topped with a gremolata of fresh herbs, lemon and bacon. House-made garlicky buttermilk ranch is served on the side because, well, everything fried is better dipped in creamy ranch, isn’t it?
4501 Main St., Virginia Beach. 757-264-4808

Note: for vegans and vegetarians, the sprouts at Belmont and Tupelo Honey are still praiseworthy without the bacon and/or cheese. 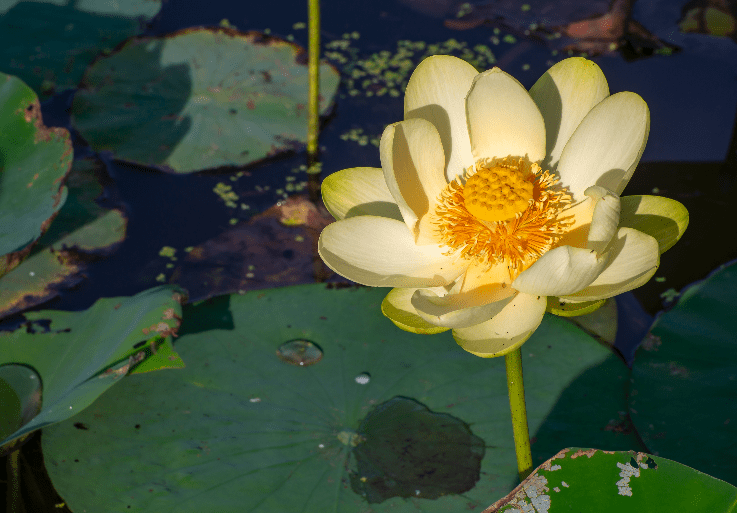 ALL YELLOW: Native to the Sandbridge area, the yellow lotus was once relied on as food by Native Virginians and later... 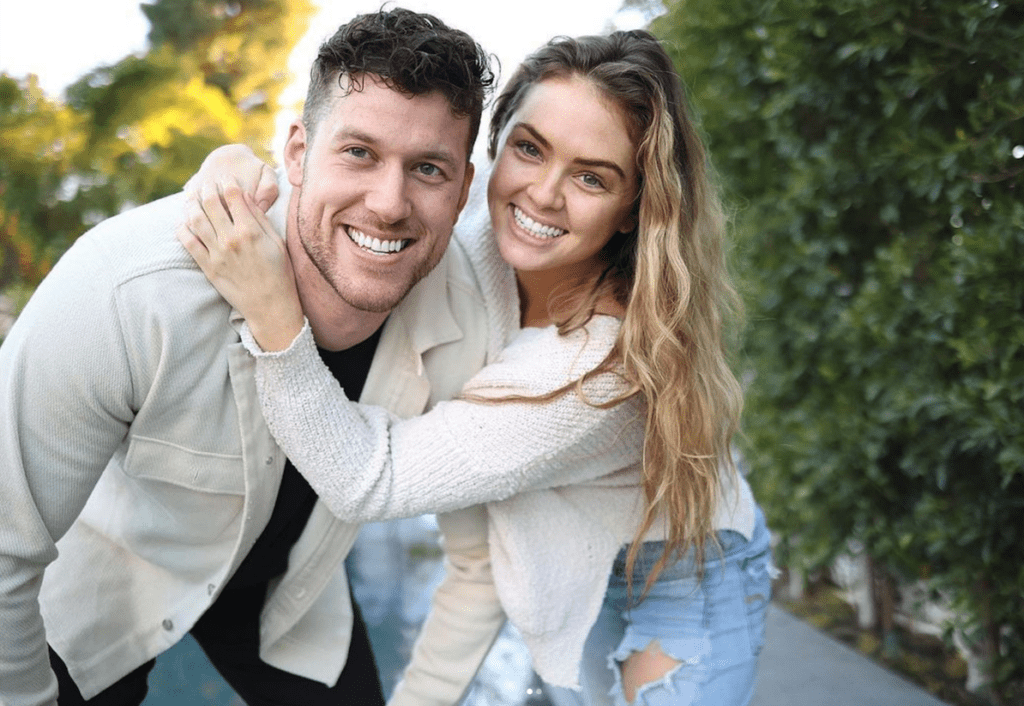 You may recognize her from season 26 of The Bachelor, but fan favorite and Coastal Virginia native Susie Evans is used to... 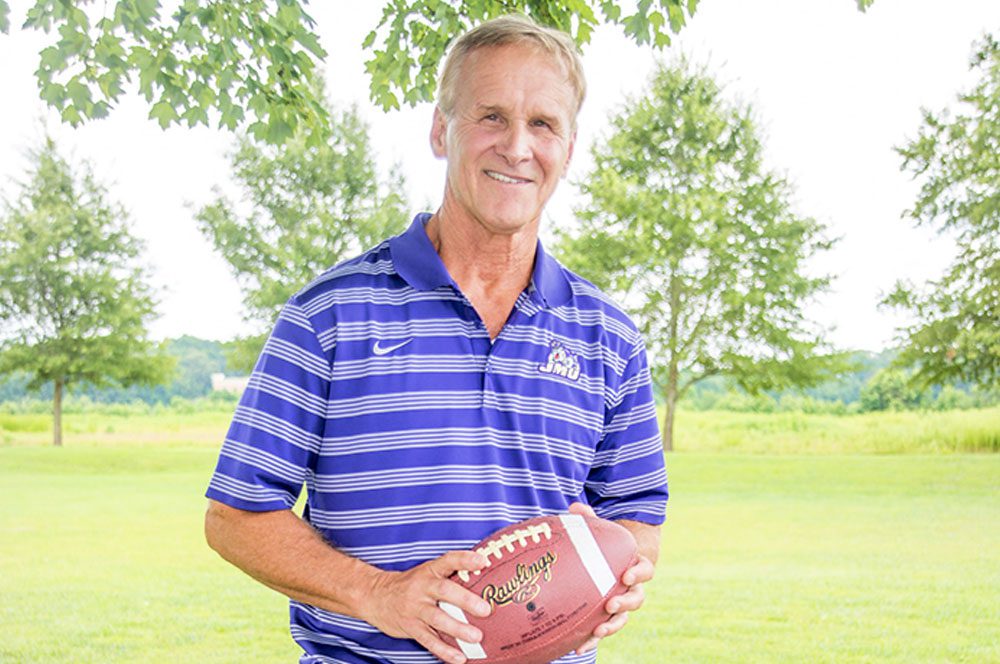