Last December, big-time burger chef Ralph Anderson traded his grill for a blender during a switch to the Oceanfront’s popular health food spot The Green Cat Juice Bar & Market. Anderson left his eight-year run as the executive chef for Moliar Hospitality Group to pursue an opportunity in health and wellness.

The Green Cat owner Jacki Welch explains that Anderson has been a fan of the health hut since its conception in 2015. He frequented the café, fascinated by its collection of brightly colored juices and worldly goods. With Anderson’s hands deeply entrenched in the world of elevated bar eats, Welch never imagined him as any more than a patron.

Eager for his restaurant knowledge, Welch took a chance on him anyway at the end of 2018 when the need for an operational partner arose. To her surprise, Anderson leapt at the opportunity. He explains that the timing was perfect as he had been itching to expand his culinary horizons and was particularly drawn to the creative potential The Green Cat offered. He has since helped the café revitalize its menu and stabilize its team using the culinary and leadership skills he mastered while working at Moliar venues like Repeal Bourbon and Burgers, Calypso Bar & Grill and Hair of the Dog. Anderson’s role has also freed Welch of several managerial duties allowing her to invest more time into her passion project—the gift shop. 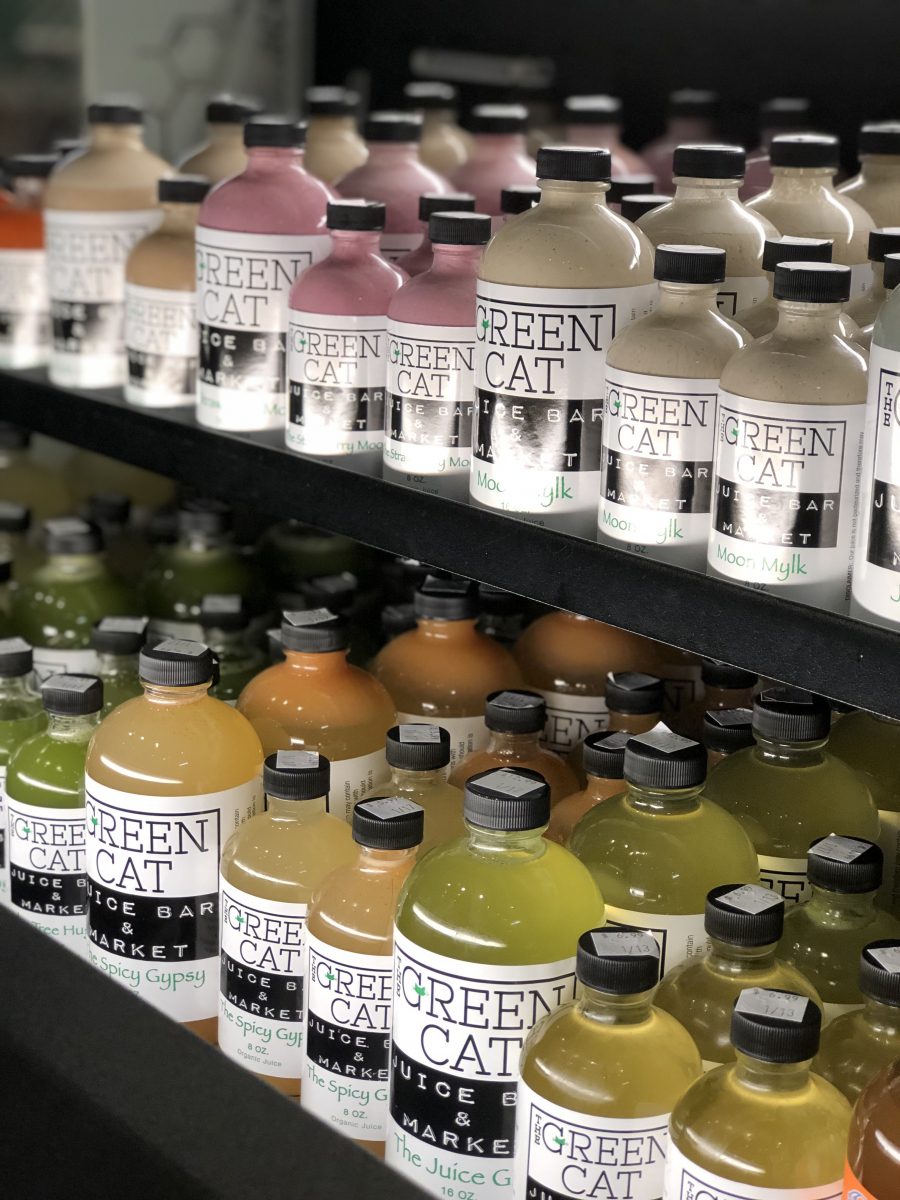 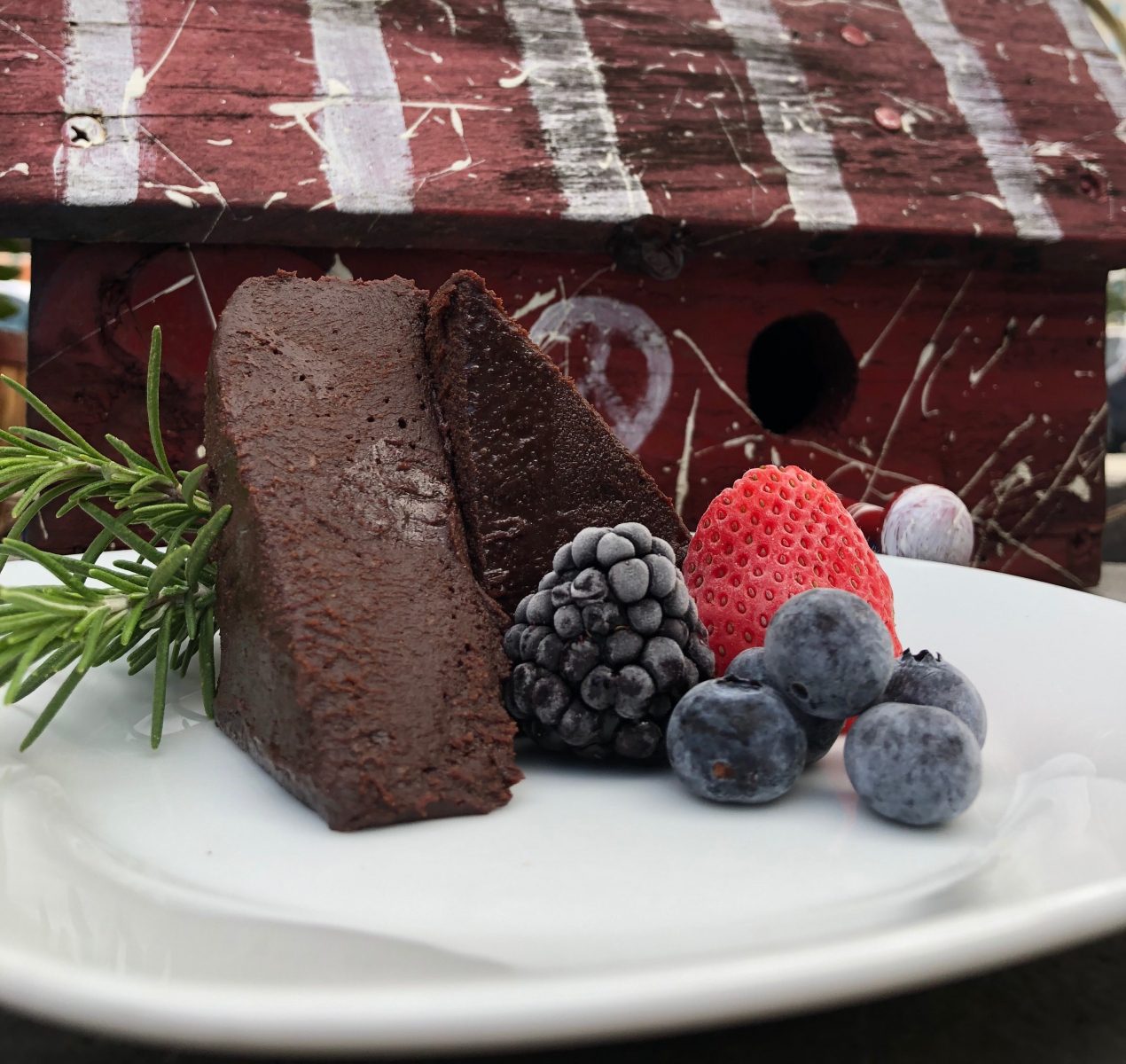 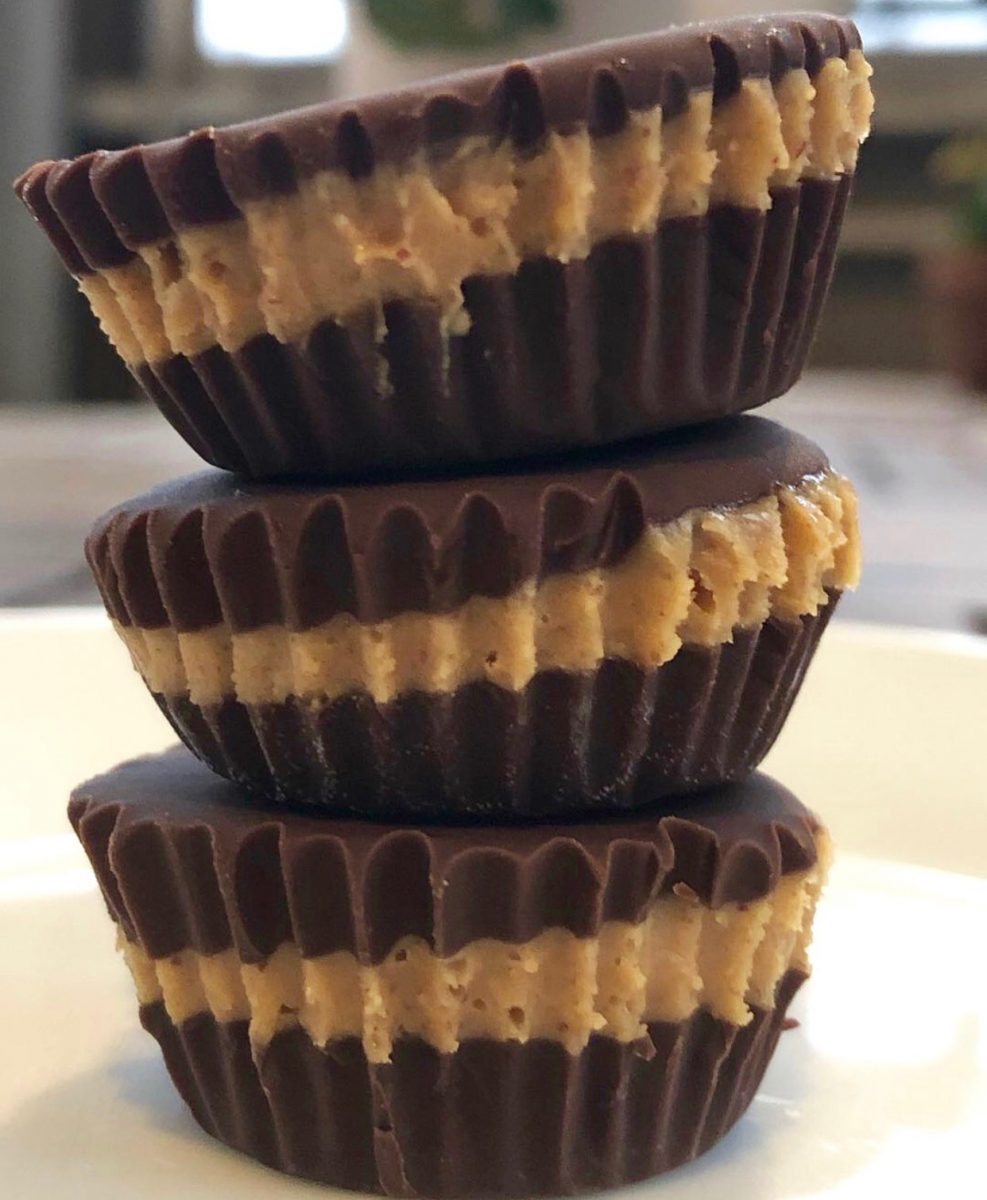 Some of Anderson’s most recent gastronomic contributions include a split pea and potato soup, Neapolitan parfait and Reese’s truffle cake. Anderson has also taken great strides to incorporate superfoods into Green Cat dishes, be it salads, soups or desserts, to ensure high impact nutrition. He even began networking with Kevin Jamison of Commune to partner with trusted, local purveyors that will support The Green Cat’s mission to serve 100 percent organic, vegan and gluten-free dishes.

Many of the eatery’s key ingredients actually come from The Green Cat’s onsite garden. The humble greenspace is lush with goji, fennel, holy basil, blueberries and a collection of tropical fruits that make great additions to the eatery’s cold pressed options.

As Anderson’s creations expand, so does Welch’s vision. The pair has their sights set on opening additional Green Cat locations throughout Coastal Virginia in the coming years. For now, Anderson and his two assistants, Brittany Beaty and Melissa Weisberg, are dedicated to making Virginia Beach patrons happy and healthy through exceptional food.

The Green Cat is located at 3801 Pacific Ave., Virginia Beach.