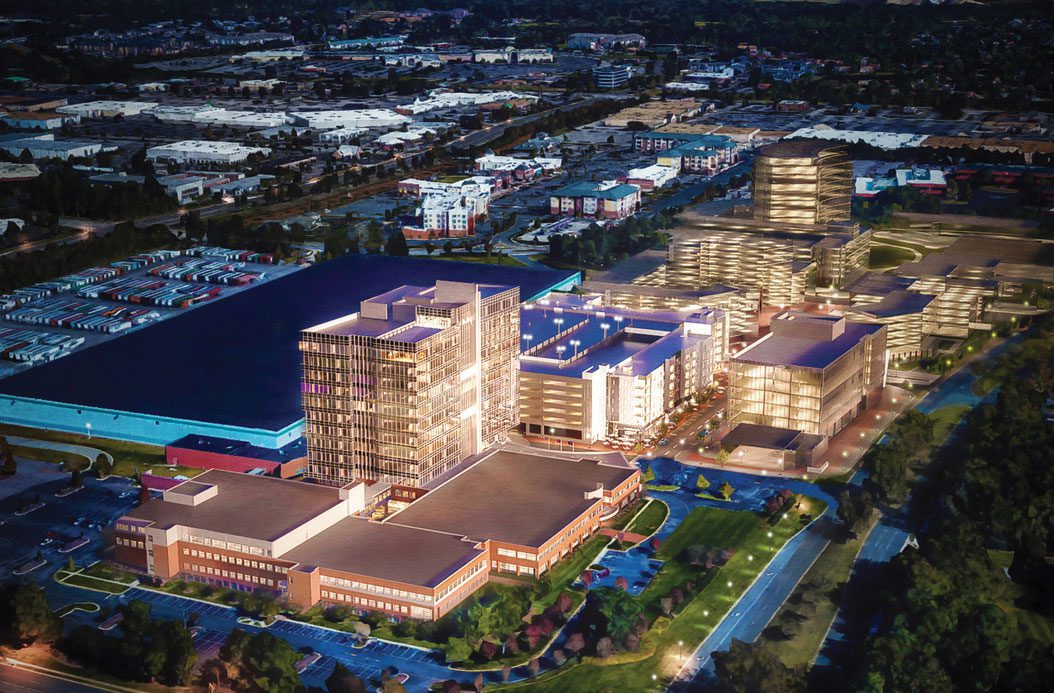 Whether you prefer your buzz in a beer stein, a coffee mug or a barber’s chair, Summit Pointe delivers in the new “downtown Chesapeake.” Wasserhund Brewing Company, unleashed by a couple of dog-loving chemical engineers, and veteran-owned Pale Horse Coffee have opened second locations in this sexy—and friendly—live-play-work community, while Bay Barber Co., the official barber for the Norfolk Admirals, relocated from elsewhere in the city.

Summit Pointe is a sleek, welcome and welcoming hub within the Greenbrier Central Business District, the largest in Coastal Virginia, as well as to the expanding landscape of mixed-use urban lifestyle developments in the region and across the country. In this new mini-metropolis, luxury living communities and upmarket office space—like Helix and 555 Belaire—boast stunning views and amenities aplenty atop specialty retail shops and restaurants.

Add to the mix noteworthy art, indoors and out, curated by Lorrie Saunders of Popblossom, and the sum is even greater than the parts. Gracing public and semi-public spaces are two and three-dimensional works by artists who have made their marks regionally and internationally, among them Mathew Curran, Susie Ganch, Andy Harris, Dathan Kane, Glen McClure and Nikolas Weinstein. 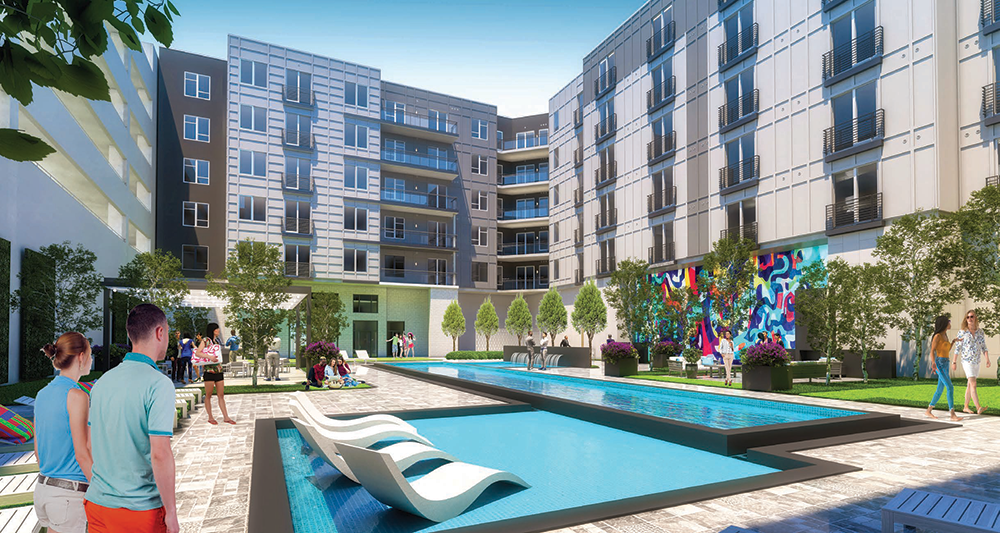 Way before Summit Pointe was a twinkle in anyone’s eye, Dollar Tree purchased 70 industrial zoned acres in Chesapeake and moved their headquarters from Norfolk to Greenbrier, expanding several times. In 2010, they rezoned the site for future development, though what that would look like, no one was quite sure.

But over the next six or seven years, a vision took shape, one that according to Chris Williams, Dollar Tree, Inc. senior vice president for Portfolio and Facilities, would offer “the highest and best use” of the land while embracing the City of Chesapeake’s vision. And one that would attract talent to the Dollar Tree campus.

What has emerged, largely under the leadership of Burrell Saunders, principal at Saunders + Crouse Architects, and Paul Kreckman, president of Archway Advisors in Richmond, are stylish and sophisticated bones where southeastern Virginia hospitality can flourish from dining room to classroom to boardroom and beyond. 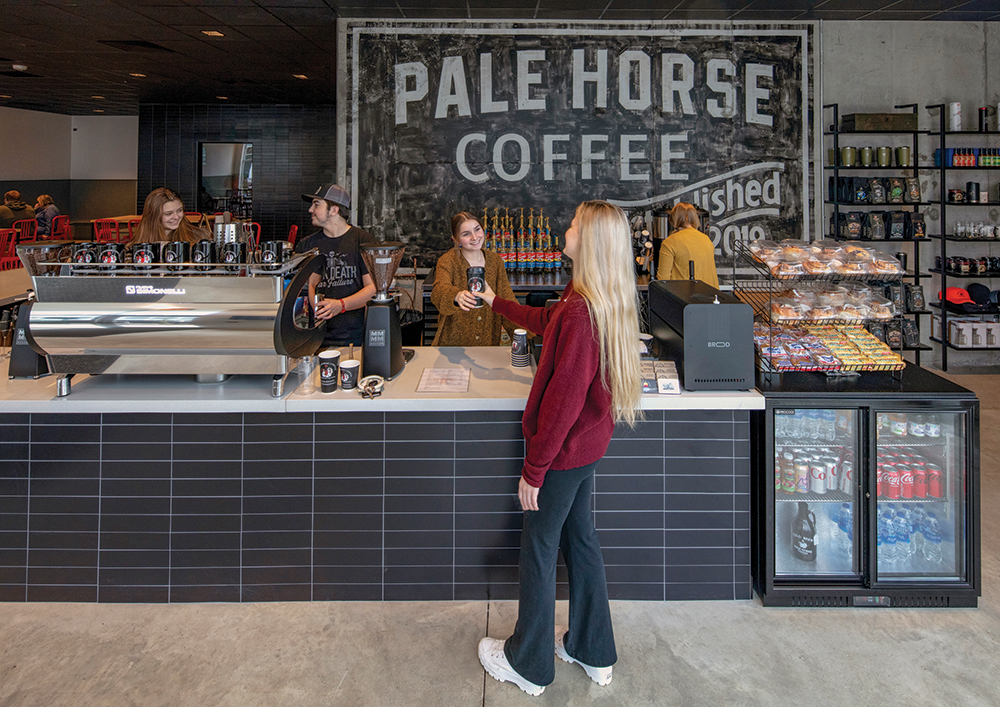 Through a combination of business broker outreach and targeting—or self-described “stalking” in the case of Williams’ good-natured pursuit of Chef Antonio Caruana for a second Luce location, this one a glamorous, but unpretentious, mash-up of old school Italian and 21st century sensibilities—progress is steady. Blocks 1 and 2 are largely leased—Helix has been “fully leased since Day 1,” Block 3 is far along in the construction process and Block 4 is primed for development. 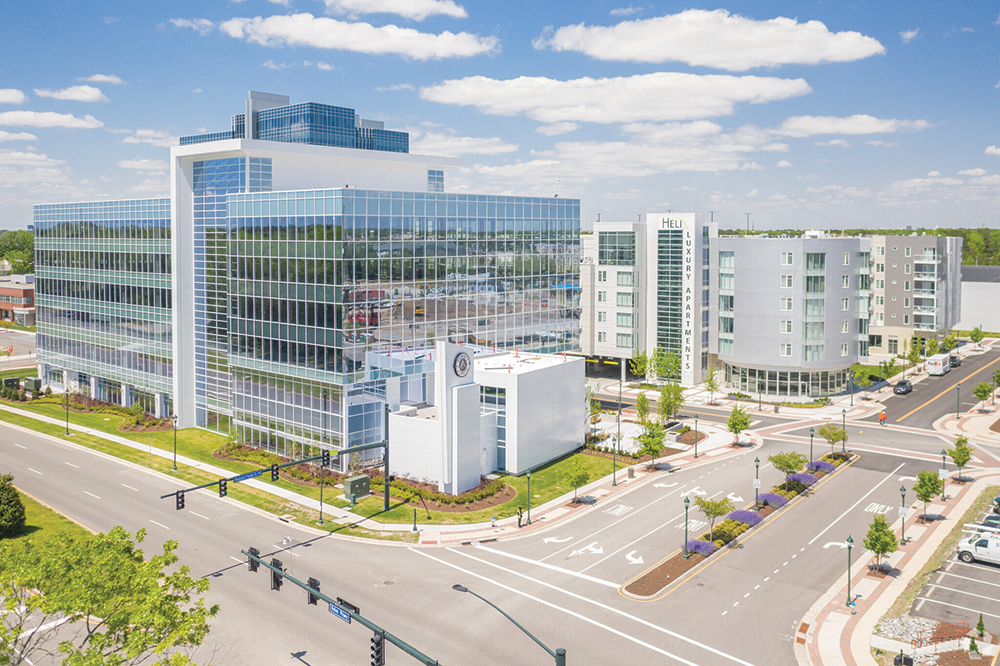 In Block 3, Mosaic, a second neighborhood of luxury living residences with premium outdoor space, rises above Cork and Bull Chophouse and Raw Bar. This establishment represents the M&M Hospitality Group’s first foray out of the Suffolk market where they have carved out a name for community involvement and cozy upscale dining at the likes of Vintage Tavern and River Stone Chophouse. Each of the three developed blocks features a corner restaurant making the intersection of Belaire Avenue and Summit Pointe Drive a tasty trifecta.

There is plenty of garage and on-street parking to support your peak experiences at Summit Pointe. So, whether you seek top-notch food, fitness, facials, fine art or financial services, you will find it and more where, at one point in time, you might have least expected it.