Chincoteague is Changing for the Better

On Friday, June 21 Chincoteague Chamber of Commerce Director Evelyn Shotwell was bustling around downtown’s Robert N. Reed Waterfront Park preparing to launch the town’s new 50 Years of Love summer concert series. It was late afternoon and Main Street was packed. By the time the band kicked off at 7 p.m., hundreds would be gathered to dance and watch the sun set over Chincoteague Channel.

“About that time an older couple comes up to me looking pretty upset,” says Shotwell. “I asked them what was going on, and they said, ‘Our son is on the way from Richmond with his girlfriend; he planned to propose to her in the park tonight, but there’re all these … people.’”

Shotwell led them to a gazebo and started brainstorming. Would their son want to offer his proposal from the stage? What if the show stopped for a moment of silence amid the crowd? Ten minutes later, they had a solution: Shotwell would close a dock adjacent to the park and borrow a trellis from a local shop; the couple would follow with decorations. Their son could do his proposing there.

That evening, Shotwell spotted the young man kneeling before his bride-to-be. Music drifted from the stage. Deep golds and dazzling scarlets shimmered across the Channel. The scene brought tears to her eyes.

“To me, it just exemplified the spirit of Chincoteague,” says Shotwell. No, helping parents’ set up a perfect marriage proposal was not in her job description. But it was the right thing to do. “We do things a little different here,” she explains. “We live on a 7-mile-long, 1.5-mile-wide island. Residents are kind of like an extended family—everybody knows everybody; we all help each other out.” And the thinking extends to visitors: “They’re part of our family, too.”

It was this sense of community that lured Shotwell and her family to the island in 1996. Then residents of Southwest Virginia, they’d been vacationing on Chincoteague for about seven years.

“We came here on a whim, fell in love and started coming back every year,” says Shotwell. She and her husband were in their 30s and had three young children. Initially they fantasized about retiring to the town. In the mid-'90s, their thinking shifted. Chincoteague’s abundant nature and small-town ethos reminded them of home. But the ocean brought something more. The island’s historical isolation and family-oriented tourism economy combined to create a “laidback vibe that was just so kind and caring and inviting. We loved it. We said, ‘This is the place we wanna raise our kids.’”

Shotwell ran a small business with her husband for about five years before taking a position with the Chamber in 2001. She assumed its directorship in 2014. Though relatively new to the island—many residents have lineages dating back more than 150 years—Shotwell says much has changed during her tenure. 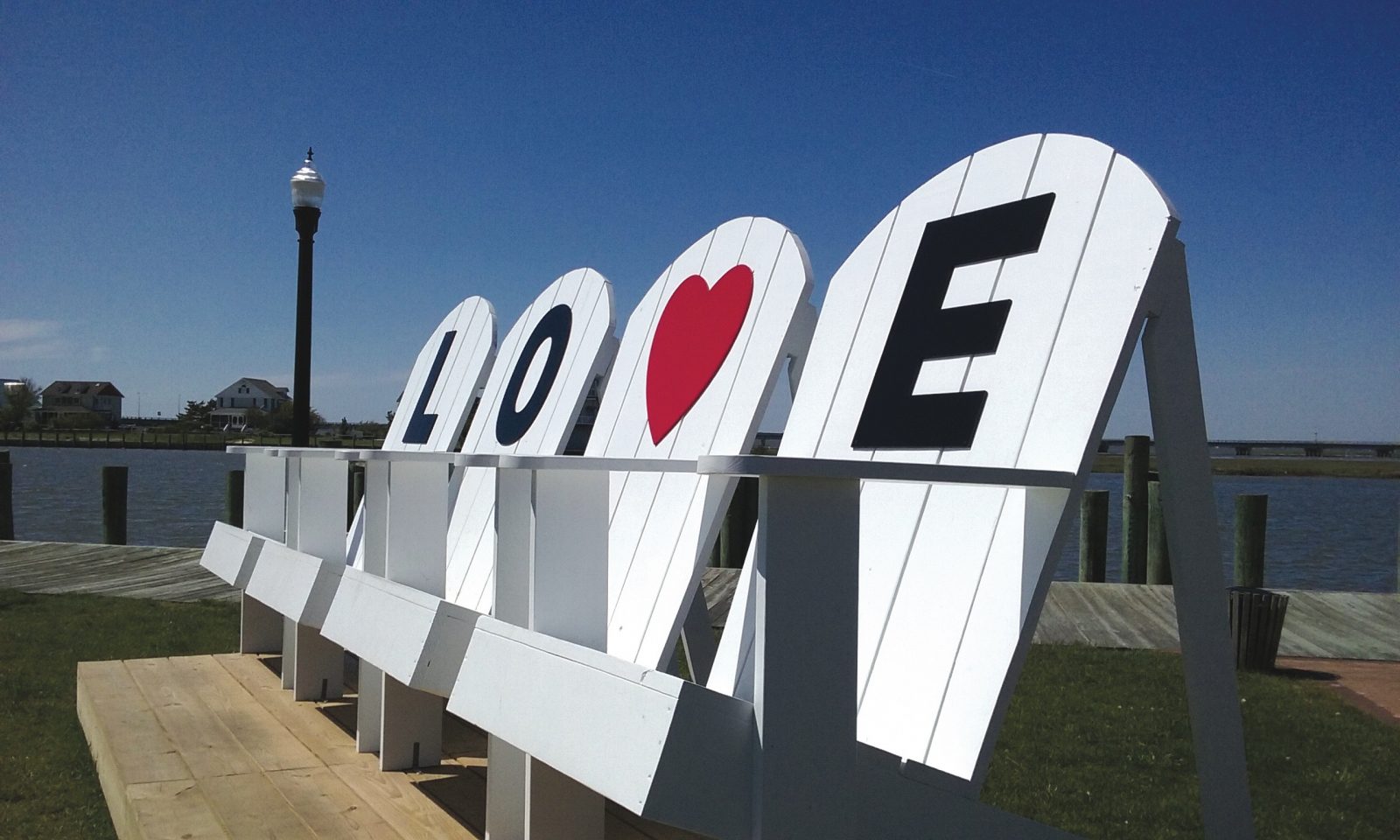 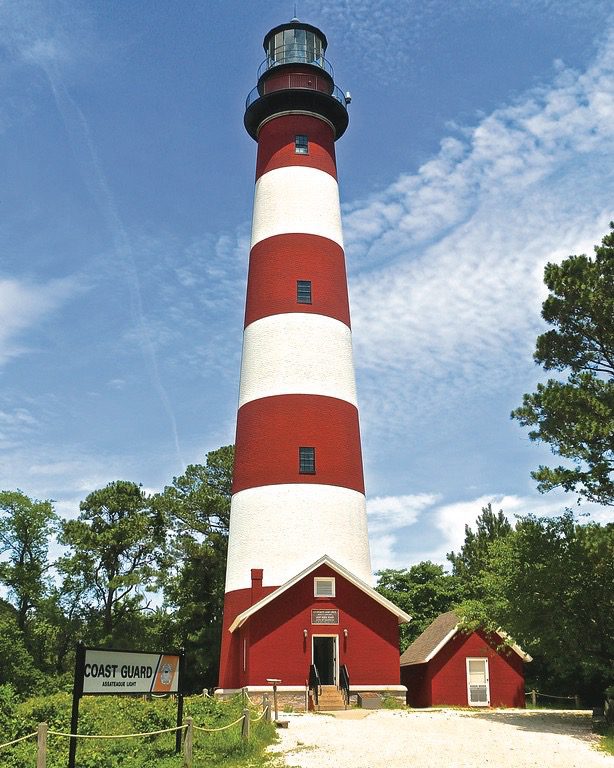 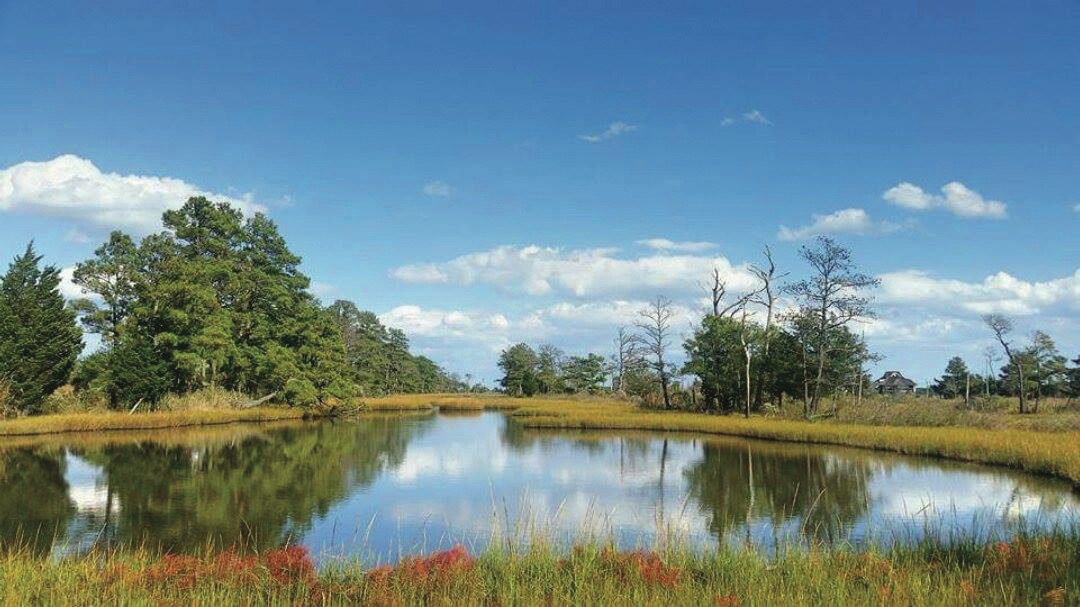 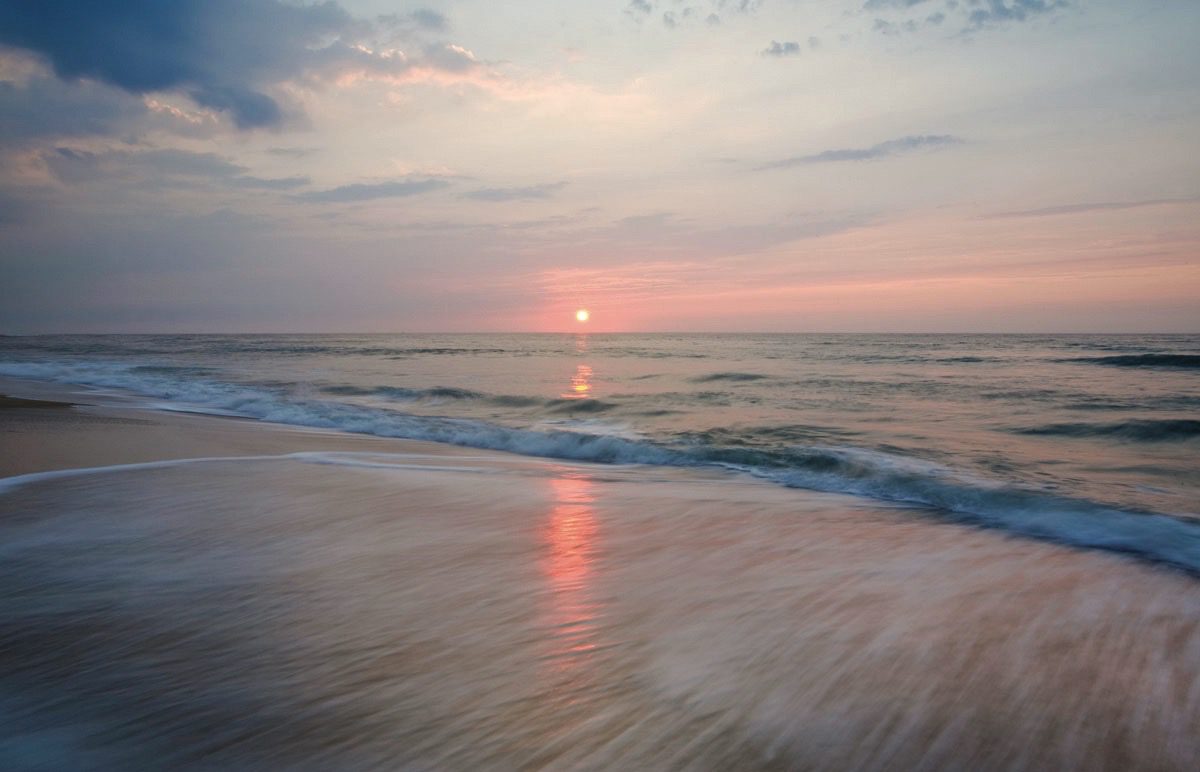 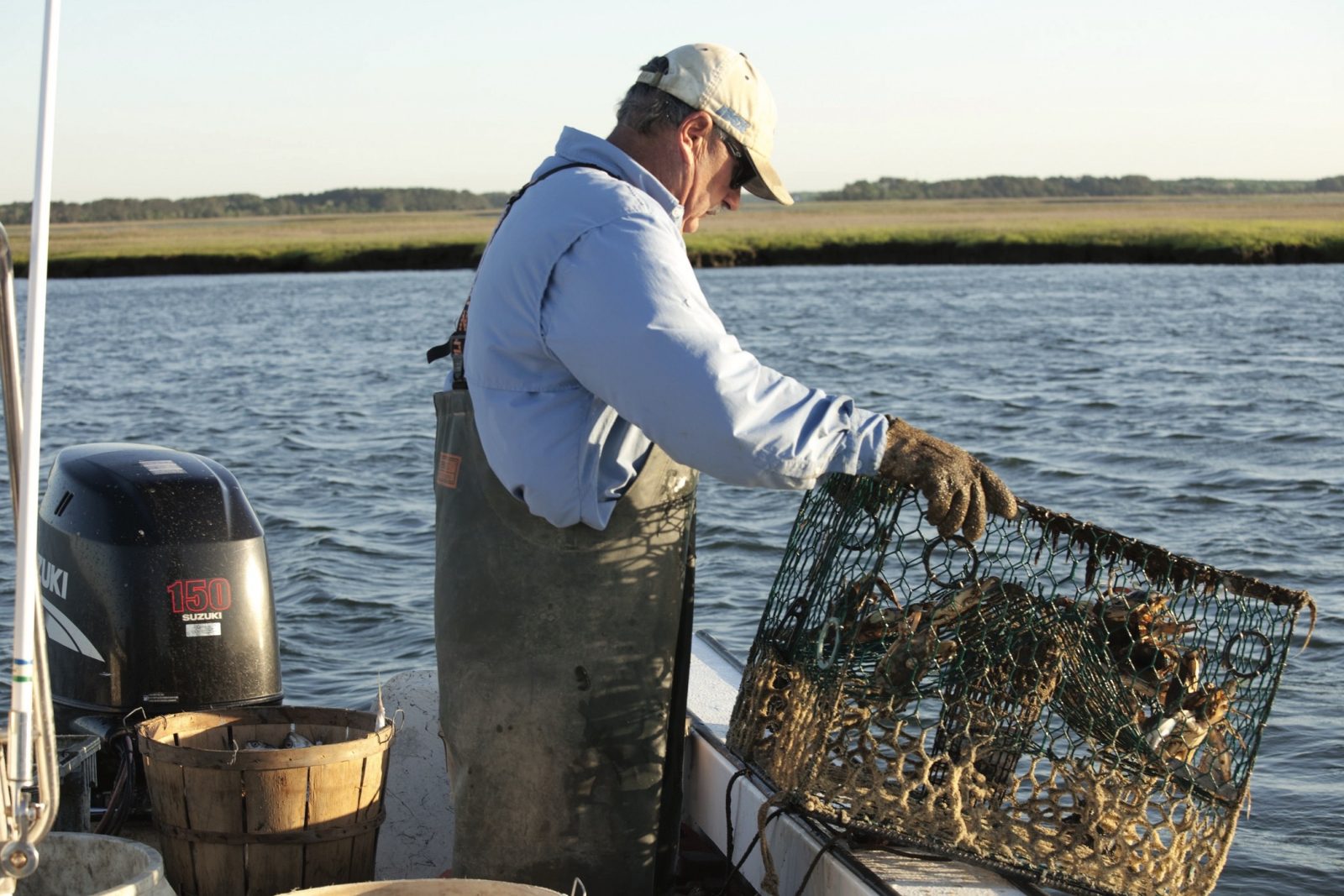 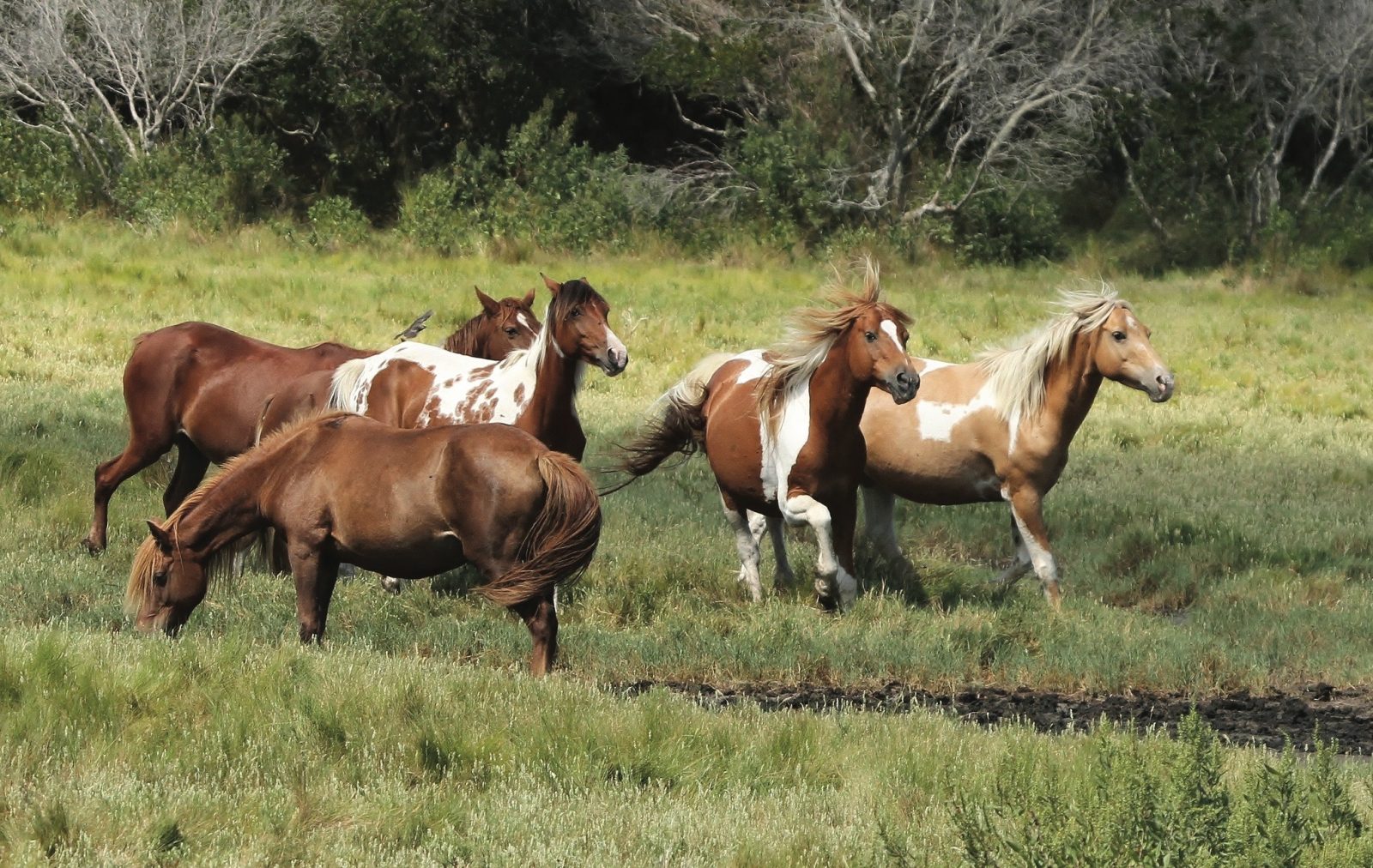 “You might say Chincoteague has gotten a facelift,” says Shotwell with a laugh. Much has changed in the past 25 years, “but the community has done a great job of staying true to its heart. You look around the island and things look pretty different, but the additions have made us a better version of what we’ve always been.”

Sundial Books owners Jon and Jane Richstein agree. Like Shotwell, the couple has played a central role in updating Chincoteague. The two relocated from Washington, D.C. in 2007. They’d been vacationing on the island since 2004.

“When we told our accountant we were retiring to the Eastern Shore to open a bookstore and record shop, he said we’d be out of business in six months,” says Jon, a former political consultant. Yet, by 2009, Sundial had become the community gathering place. Located at the heart of downtown, it has since won countless awards—including being named the coastal region’s “Best Bookstore” in 2018 by Virginia Living magazine.

According to Shotwell, stopping by is a requisite of visiting Chincoteague. How did it happen? For one thing, Sundial was conceived as more than a bookstore. 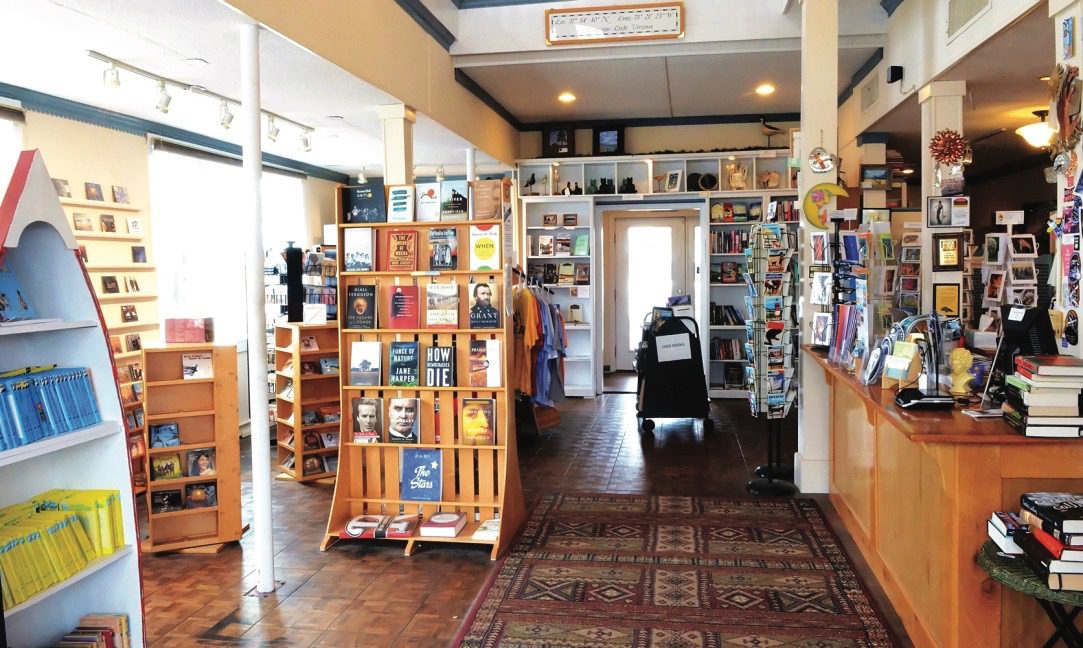 “We wanted this to be, like, the dream bookstore,” says Jon with a chuckle. New releases from the hottest literary artists are balanced by a dense selection of classics. They sell new and used records, comic books and artifacts of classic Americana. Also, coffee and local baked goods. Sounds of old-school jazz, rock, R&B and folk music fill the store. Walls are adorned with local art and rare '60s-era concert posters. Sofas and sitting areas abound. “Jane and I are book and music people, and we’ve done quite a bit of traveling,” Jon continues. “By the time of our launch, we’d been to many, many [book, music and coffee shops]. The idea was to take what we liked and spin it into one single fantastic place.”

The Richsteins felt staying open year-round could help the shop become a community fixture. Lovers of books, music, cinema and the arts, they went out of their way to invite conversation and support social gatherings.

“Back then, most businesses closed down during the winter,” says Jon. “But we could see things were changing. More people were visiting in the fall and spring, even doing Christmas here. And a very active arts community had emerged. By virtue of us always being open, we became a kind of de facto community center.”

The building’s location and capacious interior with second-story mezzanine helped. Sundial made a great spot for meetings, events and small concerts. When individuals or organizations asked to use the space, the couple was almost always supportive.

“They’re the place in town where everybody goes to find out what’s going on,” says Shotwell. “If something interesting is happening, Jon and Jane are gonna know about it. And not only that, they can probably hand you a flier!”

Jane says the task gets busier by the day—but that’s a good thing.

“It’s incredible how much has happened in the past 10 years,” she says. “We moved to what we thought was going to be a sleepy little town on the coast and found ourselves at the center of a pretty amazing renaissance.”

Both the Richsteins and Shotwell agree, the best is yet to come. More and more young people are visiting. Among other things, their tastes are fueling an emerging farm-to-table scene and renewed oyster farming. Meanwhile, Shotwell has spent the past five years working to brand Chincoteague as a haven for destination weddings.

“Nine times out of 10, if someone gets engaged or married here, they’re going to be a lifelong visitor,” she says. Weddings pack hotels and introduce countless guests to the island. When they return, they bring their families. And history repeats itself. “Chincoteague is such a special, romantic place,” concludes Shotwell. “To me, there’s no better spot in the world to fall in love. There’s just something about this island and the people that live here that makes it so easy.”

Save the date for Eastern Shore Restaurant Week, Oct. 14–20, hosted by Eastern Shore Literary Council. Restaurants from Cape Charles to Chincoteague and many towns in between will be supporting Literacy on the Shore with special meals all week. Learn more at ShoreLiteracy.org.

Chincoteague is transforming into something both new and familiar. The following suggestions will help you take advantage of staple offerings.

Tour Tom’s Cove Aquaculture Farm—Launched by the owner of Don’s Seafood Restaurant, Tom Clark, in 2002, the Farm is one of Chincoteague’s busiest producers of oysters and clams. Visit the company’s warehouse on Lighthouse Lane to discover how shellfish are spawned and ‘planted’ in off-bottom culture systems situated just off the shores of neighboring Assateague Island. Along the way, you’ll learn about the local fishing industry and the history of the famous Chincoteague Salt oysters. When the tour ends, bivalves can be purchased fresh from the sea. Call ahead for times and pricing. 757-336-1945. TomsCove.net

Stay at the Island Manor House Bed and Breakfast—One of the best spots to stay on the island, bar none. Originally built by a pair of young, well-to-do bachelors in 1848, the Manor is an architectural hybrid combining the Georgian, Southern Colonial and Federalist styles. When the gentlemen married, a new foundation was added, and the home was split in two. Restorations in the 1980s and '90s transformed it into Chincoteague’s premier inn. A string of recent upgrades has continued the tradition. Located on downtown Main Street, the Manor is the perfect basecamp for exploration. Nine rooms, from $184. IslandManor.com 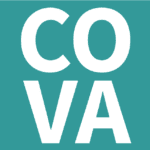