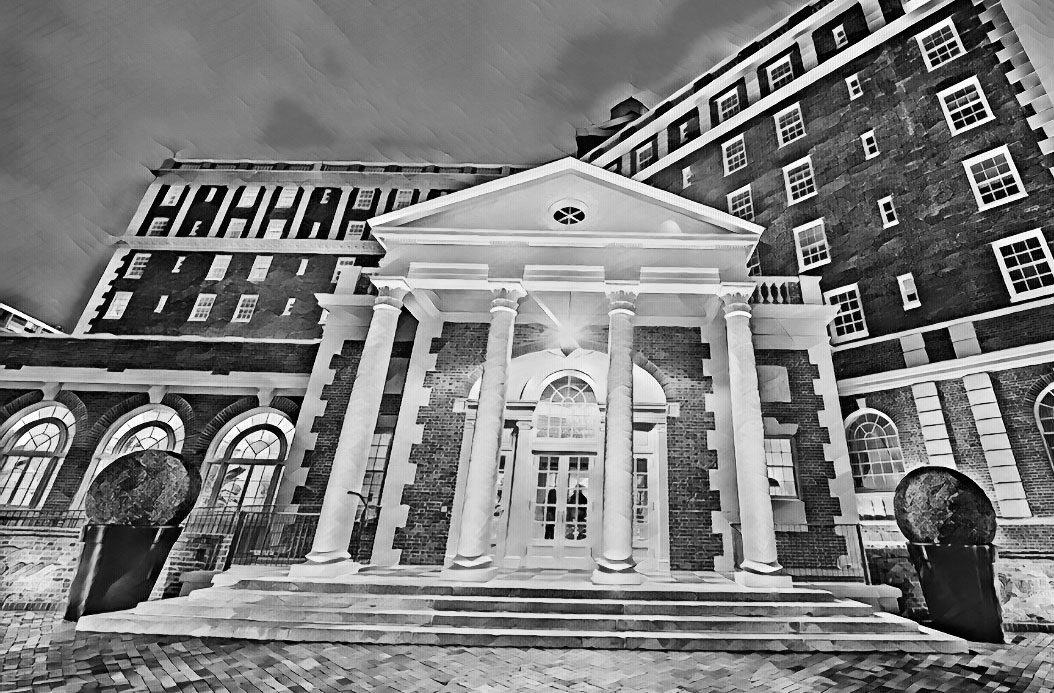 Visitors, beware. Behind the walls of these storied buildings stand more than just relics.

The ghosts of witches, scorned lovers and wounded soldiers haunt the grounds and tease visitors with mysterious sights, sounds and other paranormal happenings. Are they real or rumor? You decide.

The Historic Cavalier Hotel, Virginia Beach (Photo Above)
Bottles of Tarnished Truth aren’t the only spirits milling about on the Cavalier grounds. The ghosts of Cavalier-past were undisturbed by recent renovations and continue to taunt guests with their century-old tricks. The keys on the Raleigh Room piano are known to tinkle without a player. The front desk often receives mysterious calls too, only to be met with silence on the other end. Guests have witnessed apparitions boasting a likeness to a World War II soldier, bellman and a posh woman dining with her dog at the hotel’s restaurant, Becca. Perhaps the most notorious of Cavalier ghosts is Adolph Coors of Coors brewing fame. Whether he jumped, fell or was pushed from the sixth-floor window remains a mystery, but he makes his presence known to guests who walk over the spot where his body was found. Moses Myers House, Norfolk
Moses Myers arrived in Norfolk in the late 18th century as the city’s first Jewish-American resident. Myers and his family quickly climbed the ranks of the Norfolk elite and garnered significant recognition for the efforts of their firm, Myers & Company, for reconstructing the city post-Civil War. Wandering the grounds of the Myers House is not for the faint of heart, however. Rumor has it that Thomas Bowden, Myers business partner, haunts the garden in retaliation for his murder carried out by Myers’ son, Samuel. Five generations of Myers inhabited the Norfolk house until 1931, so it is very likely that Bowden’s ghost isn’t the only one lurking around the Freemason property. 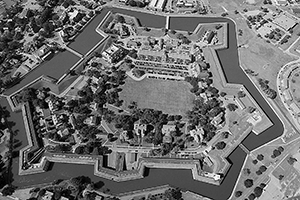 Fort Monroe National Monument, Hampton
Formerly known as Old Point Comfort and later used as a Union stronghold during the Civil War, Fort Monroe is one of the most prominent and historic sites in Coastal Virginia. The decommissioned fort now stands as a memorial to the brave men who protected the Chesapeake Bay and surrounding cities at the height of the Civil War. Some men never left Fort Monroe though and wander the ramparts in their ghost-like state. The spirit of Abraham Lincoln is known to visit the monument, as well as his almost-assassin, Jefferson Davis, who was imprisoned there. Edgar Allan Poe also returns to this post to memorialize the final moments of his military career. Among the apparitions are the occasional sounds of voices and horses trotting along the cobblestone drives. Captain Timothy Hill House, Chincoteague
A love story gone tragically wrong is at the crux of the hauntings witnessed at Chincoteague Island’s oldest building. The modest log structure was once home to Captain Timothy Hill, his wife Rebecca and their six children. Hill favored his daughter Jennie and long wished for her to marry a wealthy, educated man. One suitor, Tom Freeman, had loved Jennie for years and was devastated by Hill’s rejection of him as a suitable husband. The dismissal sent Freeman into a murderous rage, during which he shot and killed Jennie before turning the gun on himself near the Hill property. Several theories surround Jennie’s decision to haunt the cabin. Is she waiting for Freeman to explain himself or hoping the husband her father promised will finally arrive? Peyton Randolph House, Williamsburg
The Peyton Randolph isn’t just the most haunted house in Williamsburg, but one of the most haunted destinations in the United States. Around 30 people have died in or around the home since its construction in 1715. Many of the deaths were tragic and bizarre and suffered by all walks of life—children, enslaved people, soldiers. Its heightened ghost presence has caused freak accidents among ghost tour guests, too, like fainting and sudden illness. Objects and orbs appear suddenly, items shift throughout the house and centuries-old curses cast on the house have been blamed for a number of freak accidents that have occurred during modern-day ghost tours. Colonial Ghosts share reports of tour guests fainting or falling suddenly ill in front of the looming red structure.