Codex Offers a Seasonal Menu with High-Quality Ingredients and Flavor 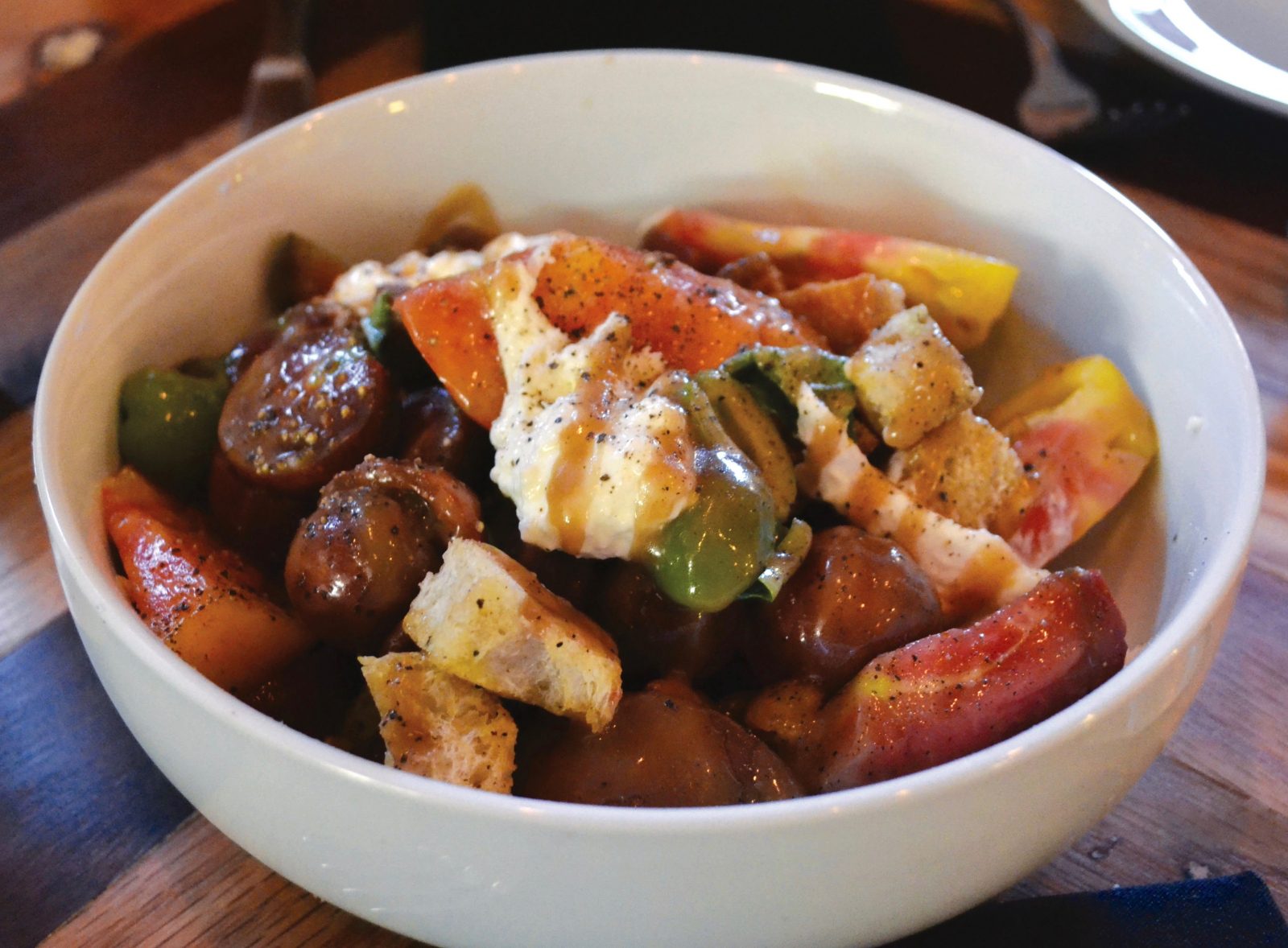 When the evening light pools across Colley Avenue like spilled honey and thoughts of dinner begin to surface, the kitchen in Pendulum Fine Meats undergoes a change. By day a delightfully down-home butcher and sandwich shop in a house in the business strip of Norfolk’s Ghent, Pendulum puts out its own lights at 6:30 p.m. to make space for something new. Codex, the brain-child of Executive Chef and Owner Ian Hock awakens for the night.

After stints at Terrapin, Esoteric and Shiptown, Hock had the opportunity to launch his own restaurant in early January in the space formerly occupied by acclaimed ramen-bar Alkaline. Codex, named in honor of Hock’s father, offers a seasonal menu focused on high-quality ingredients and deep-running flavor. The team at Codex has also composed a careful but clever wine and beer list to perfectly complement their food, bringing in several beers not easily obtained in Virginia.

Wednesday through Sunday, Hock and his team hover over the Pendulum Fine Meats environs and turn out an index of thoughtful dishes, choreographed into a literary-seeming menu arranged by “chapter”:

Codex is the kind of place that makes an effort to provide options not only for a variety of tastes, but budgets as well, with entrees for under $15 scattered among others approaching $30. Admittedly, dinner for the whole family would cost a pretty penny, but prices aren’t outrageous. The menu changes seasonally, which means that though there is at least one menu fixture (the “Fett,” an opulent vegetarian fettucine with oyster mushrooms, peas, parmesan and an egg), the rest of the menu changes with the caprice of the seasons. On a recent visit, blackened puppy drum ($25) and pink-eyed peas sat pretty on a bed of Carolina Gold rice and burnt lemon with red pepper scattered like confetti throughout; in a massive bowl of panzanella ($12) from Chapter II, an assortment of fresh, succulent heirloom tomatoes mingled with balsamic vinegar, melted burrata, crisp, sourdough croutons and salty olives. Not gaudy, not over-extending itself to surprise you, just damn good food.

Thursday nights at Codex are $10 beer and burger nights where diners are handed a glass of local beer and one of their delightfully full-commitment burgers. The kind of burger that understands on a soul level when you say you want a burger: that cloudlike brioche roll, gooey, white cheddar, pickles that really mean it, roasted garlic aioli, crisp lettuce, sizzling beef patties.

Codex’s space in Pendulum Fine Meats is comfortable and homelike, a welcome feature in an age crowded with ultra bourgeoisie hotspots: restaurants designed purely off their Instagrammability. Intimate two-tops range through Codex’s dining area, sharing space with a couch here and a giant, communal-seating table there. 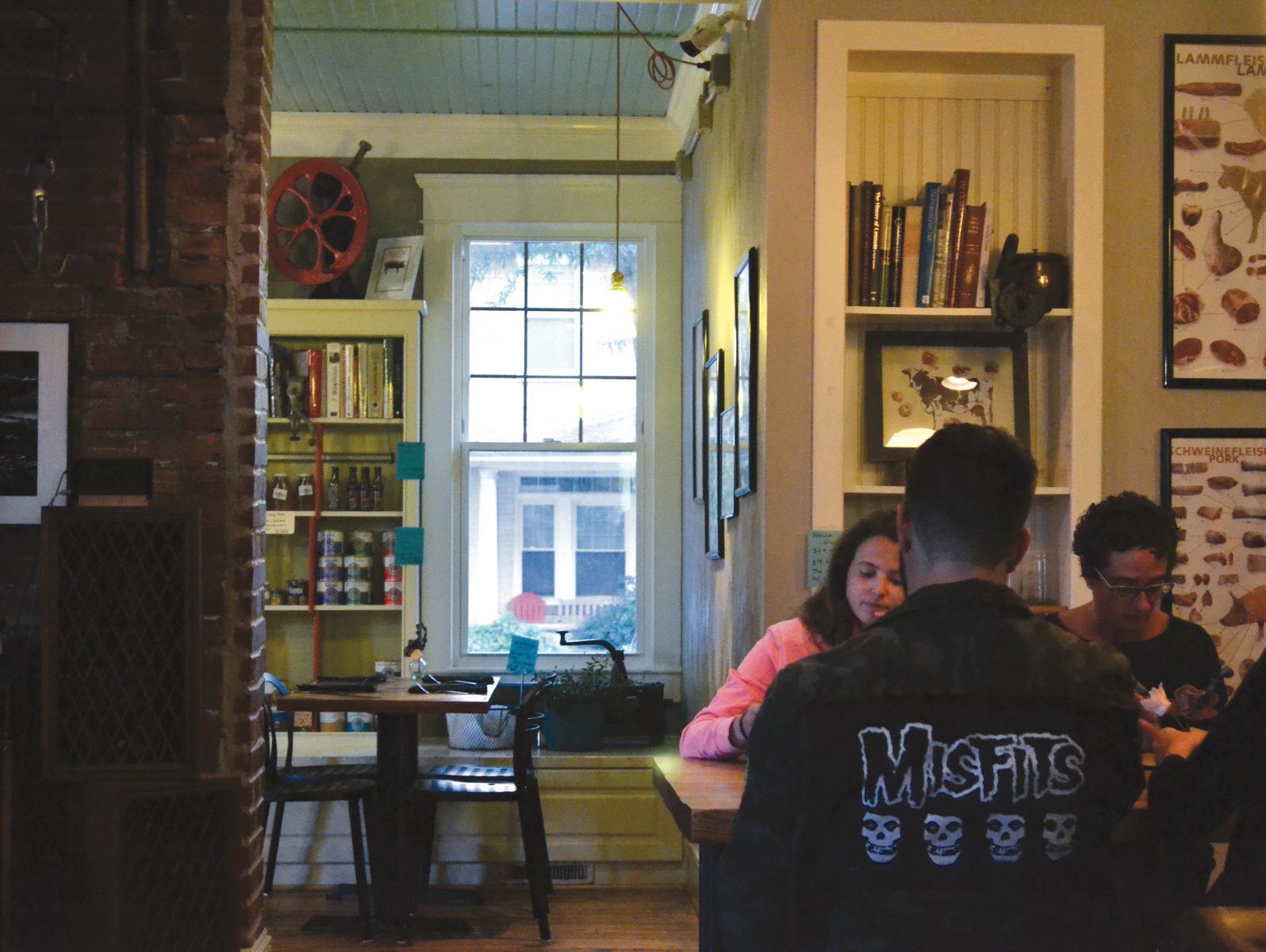 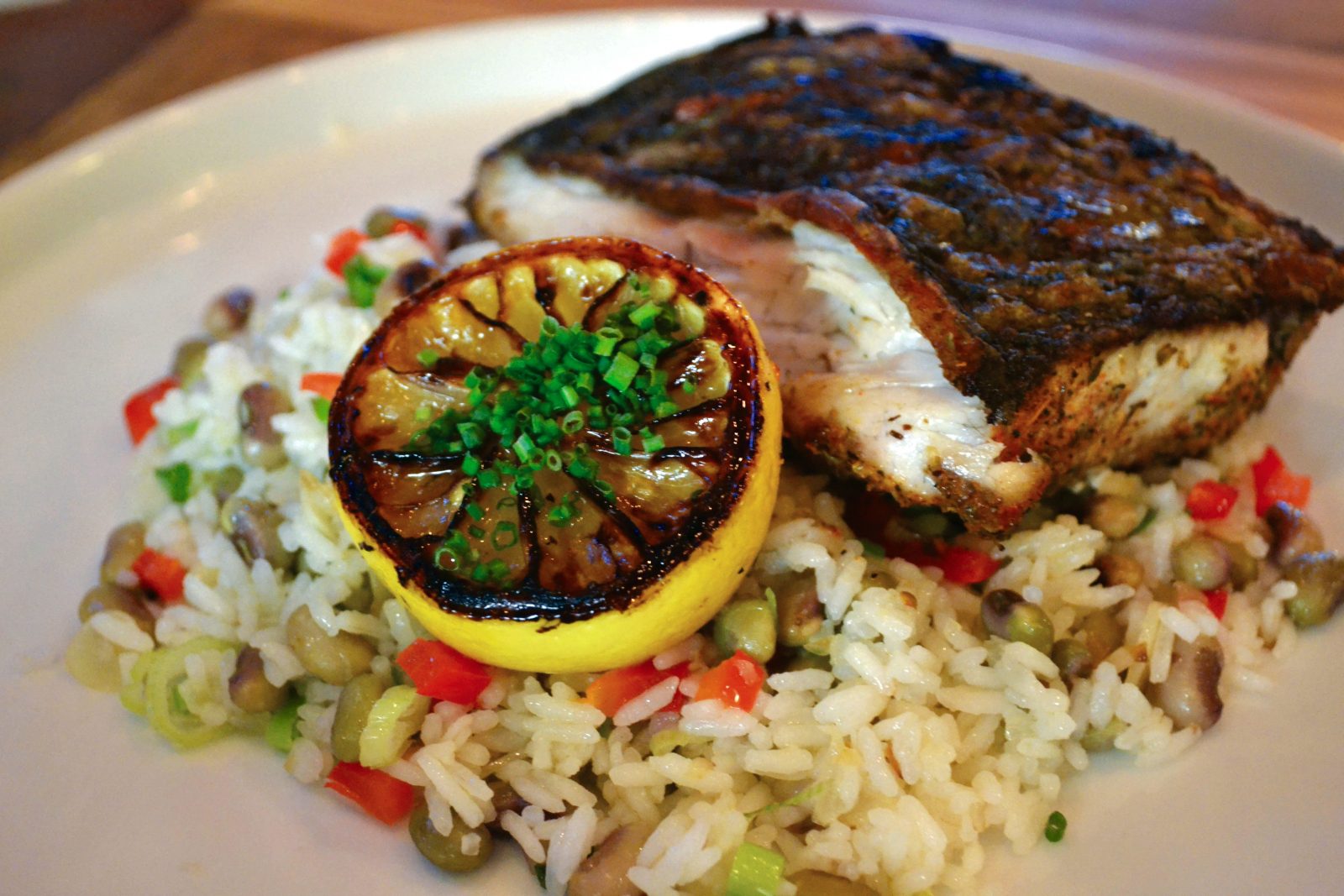 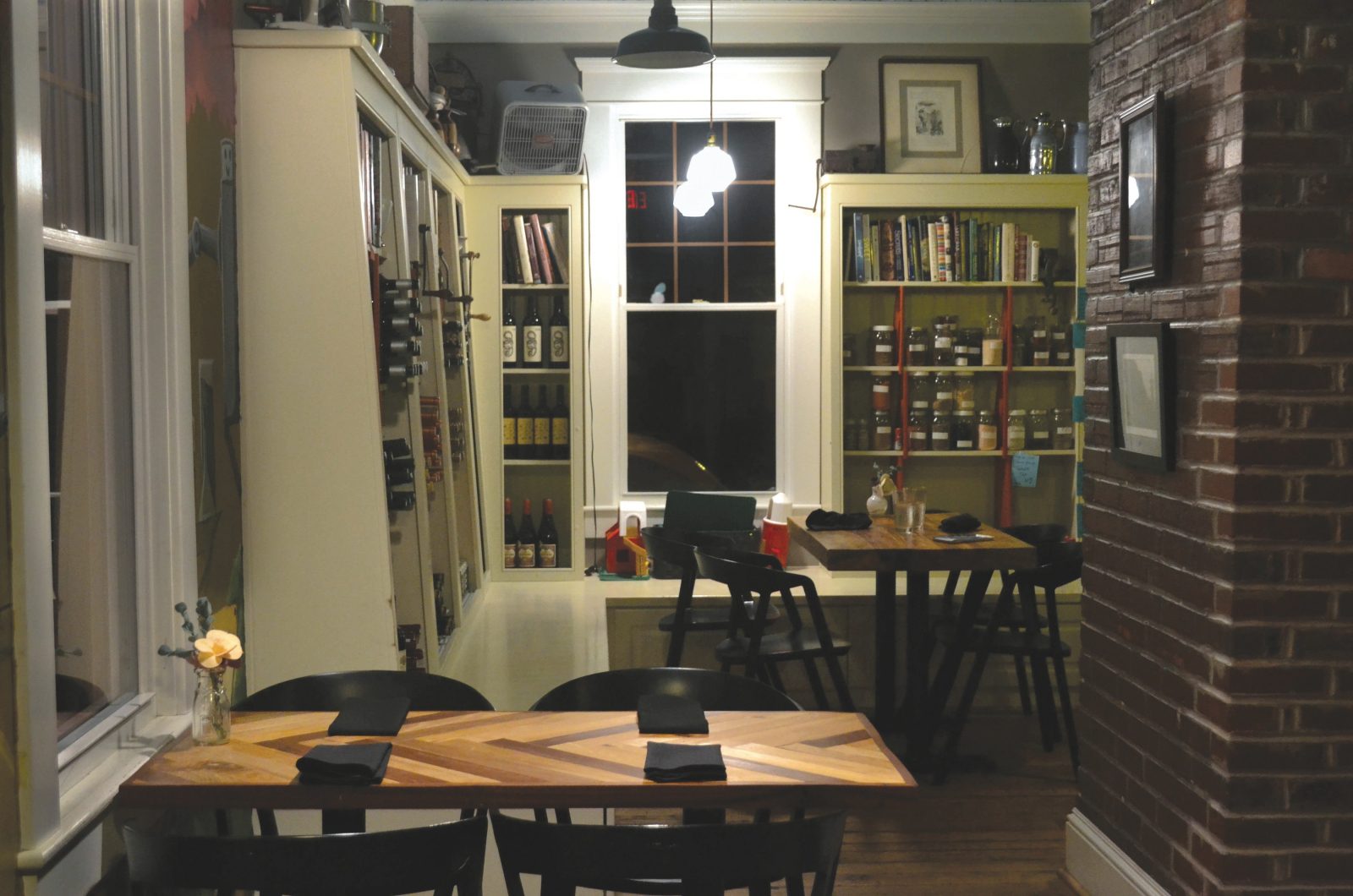 Community is big at Codex. There’s the community table, of course, and the monthly “Sunday Suppers” where the menu is prix fixe, seating is limited, and dinner is served family-style. Some of his favorite food experiences were shared with strangers, Hock says, and he hopes that diners will create similar memories in the relaxed, friendly atmosphere of his restaurant.

By 10 p.m., Codex begins to close for the night: tables wiped down, kitchen cleaned, lights turned out, all set to become a butcher shop again in the morning. Guests have departed, content and inspired by a meal with family or dinner with people they have only just met who are well on their way to being counted friends.

If Codex feels familiar, it’s because it feels like a family—a family within a restaurant, a restaurant within a butcher shop, a butcher shop within a historical home. It’s the Ghent we know and love and a restaurant that serves as a heartbeat for its food-loving community. And tomorrow, when the question of “what’s for dinner?” arises once more, Codex is there quietly vying for the attention it deserves. 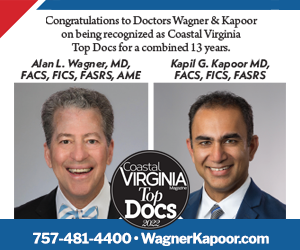