Now that summer is here, it's the perfect time to get out to the patches and farmers' markets to pick out some blueberries for an endless amount of sweet and savory recipe ideas.

Cullipher Farm in Virginia Beach is one of the longest-running family-owned farms dedicated to growing and harvesting vegetables and fruits without pesticides—including their all-natural blueberries. With a selection of over 90 different crops, the fourth and fifth Cullipher generations are passionate about providing the best quality of fruit available, including a variety of imported blueberry seed which expands their picking season, such as their southern highbush blueberries.

“Our picking season is four to five weeks typically, and it really depends on the year,” shares Farmer Mike Cullipher. Along with a longer picking season, Cullipher Farm is also able to supply more fresh fruit to restaurants, including Blue Seafood and Spirits in Virginia Beach. 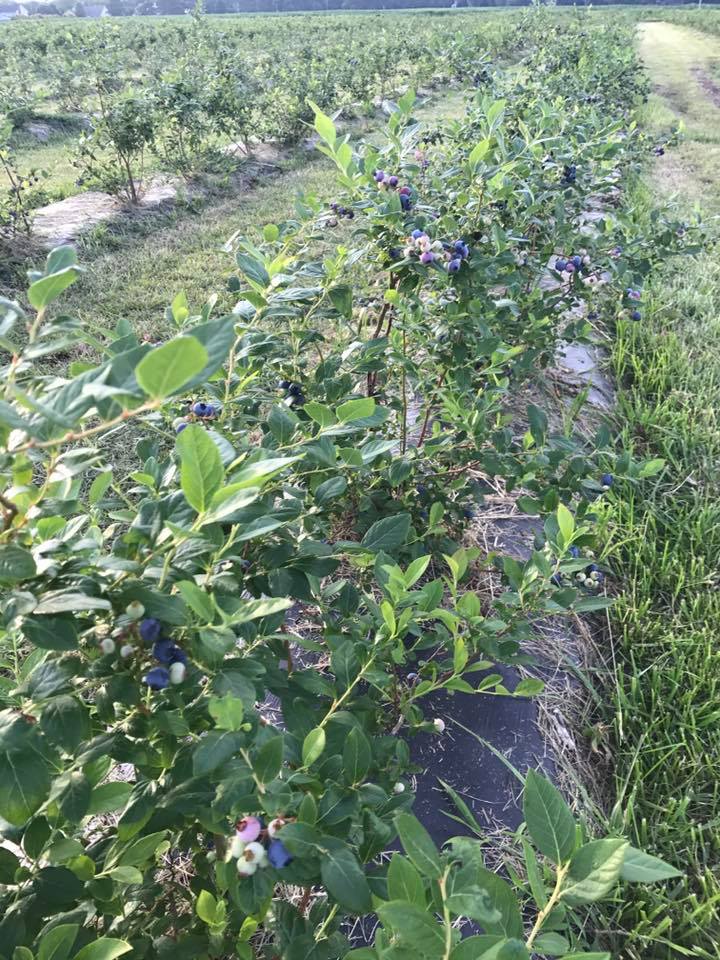 For the very best use of your blueberry pickings, the Culliphers recommend their beloved blueberry pie recipe. Mike Cullipher developed the recipe with a low amount of sugar, as his father and son are both diabetic. “If we didn’t tell you it had less sugar, you wouldn’t know the difference. It’s truly one of the best things I’ve eaten, my gosh, it’s outstanding.”

Whip together softened cream cheese and sugar until creamy.

Combine sugar, water, cornstarch and 1 cup of blueberries and cook over medium-high heat for 10 minutes, or until mixture begins to thicken.

Add the remaining 4 cups of blueberries to hot mixture.

Refrigerate for 2—3 hours before eating.

Be sure to visit the Shore Drive Farm Market in Virginia Beach or Farmers’ Fare at East Beach in Norfolk on Saturdays to pick up your fresh pint of blueberries before the picking season comes to an end.