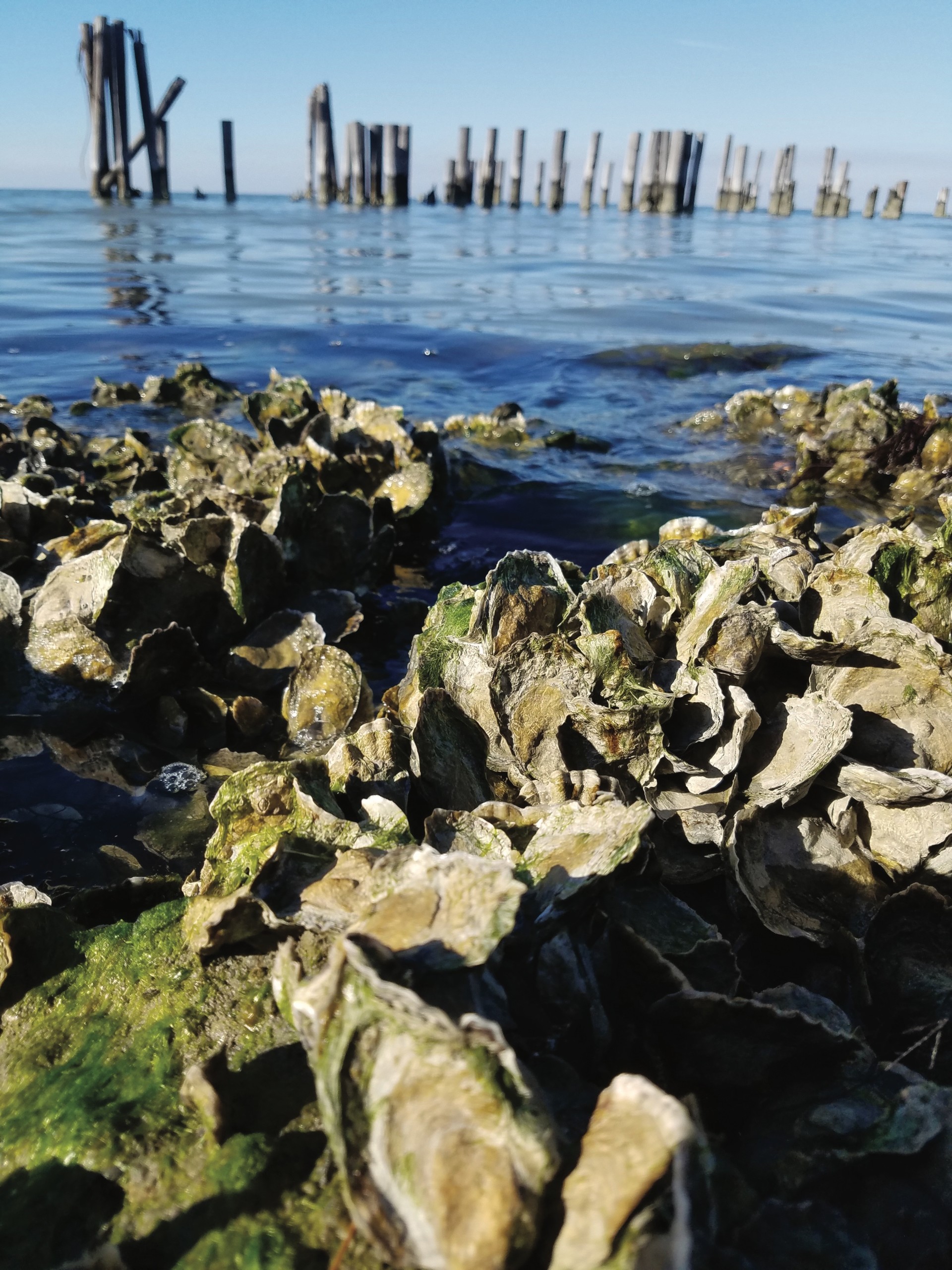 A young Ernest Hemingway’s ode to the oyster celebrated both the flavor and the exuberance of feasting on the bivalve. He wrote of “their strong taste of the sea … the succulent texture,” that led him to “be happy and make plans.” Thanks to Virginia’s Oyster Trail you can follow Hemingway’s lead. Make plans to dine on this delicacy and experience Virginia’s Eastern Shore in some surprising ways.

Got Oysters?
You bet. Virginia is the number one producer in the nation of farm-raised and wild-caught oysters. Leveraging this inimitable calling card, much like Maine did with lobsters, is the genesis of the Oyster Trail. “The focus is the Virginia oyster—it’s fun, it’s delicious, and it tells the amazing story of Coastal Virginia,” says Sherri Smith, executive director of the Artisans Center of Virginia, which manages the Oyster Trail.

The tiny Eastern Shore peninsula is a big part of the Old Dominion’s oyster phenomena. Along with its plentiful harvest, this rural enclave immerses visitors in life tied to the tides. Dive in and sample these Oyster Trail offerings.

Let’s Eat
Hit the happy Oyster Trail and get to the best part—dining on these delicacies. Forget the old rule that oysters should only be eaten in months with an R. Aquaculture techniques have made oysters available year-round.

The trail has eight regional flavors, half of which are found on the Eastern Shore. Like bread sops up your favorite gravy, oysters take on the taste of the waters where they are raised. The levels of salinity impact the flavors that range from a bold, salty punch found in oysters on the Eastern Shore’s seaside, to buttery and sweet. When savoring raw oysters these flavor nuances stand out.

With practice the Oyster Trail folks tell us you will be able to taste the difference between an oyster raised in one Eastern Shore creek from one raised less than a mile away.

Wine also takes on the taste of the region where its grapes are grown. Nestled along the tranquil beauty of Church Creek, Chatham Vineyards delights in pairing its award-winning wines with oysters plucked from these pristine waters.

Not up for oysters au naturel? Many an Eastern Shore eatery boasts fresh oysters served in stews, steamed, grilled, fried and baked. 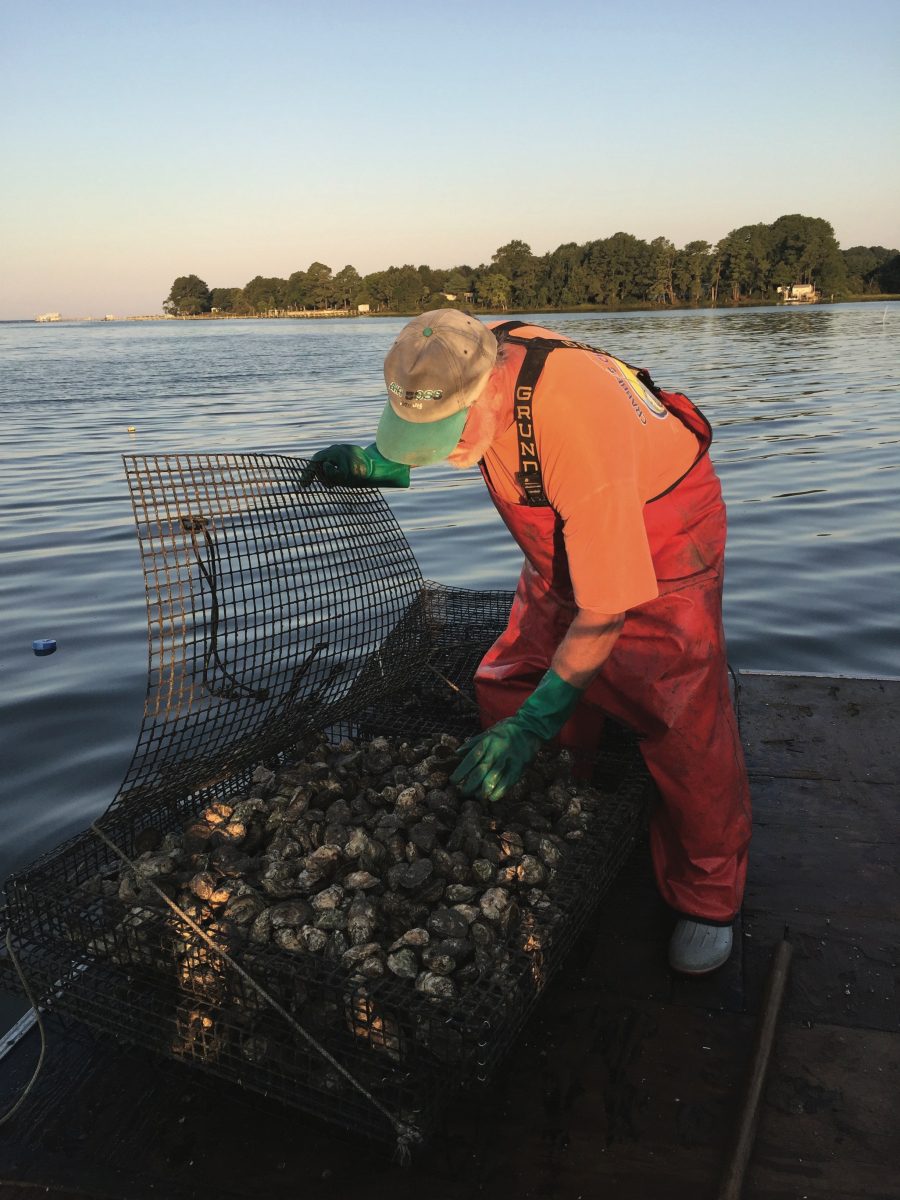 Tilling the Tides
Abundant oysters and shellfish not only make seafood lovers happy but actually improve the quality of marine waters. A single clam or oyster can filter up to an astounding 50 gallons of water a day. The Oyster Trail provides intriguing opportunities to learn about aquafarming, a leading industry on the Eastern Shore.

At Cherrystone Aqua Farms, the Ballard Family has been synonymous with Eastern Shore seafood since 1895. Tours at their lower Shore facility give visitors a behind-the-scenes look at the 18-month journey from tiny oyster seed to a 3-inch, market-size delicacy.

Get some sand between your toes and try your hand at Aqua-Culture Clamming with Southeast Expedition. This fun jaunt combines kayaking to a clam bed with a saltwater lesson on how locals make a living harvesting clams. Then it’s out of the boat. With your feet playing in the sandy mud, see how many clams you can dig up for dinner.

Half Shell History
During the 1800s to the mid-1900s, communities once flourished amidst the Eastern Shore’s chain of 23 seaside barrier islands. Like the hurricane of 1933 that wiped out the villages, hotels and hunting clubs, so too could the rich history have been lost if not for the Barrier Islands Center. Sitting pretty on a historic, “poorhouse farm” the past is preserved and celebrated through serendipitous artifacts and photographs, along with guided tours and diverse events. Spend an afternoon soaking up the stories of those who once called these shifting sands home. 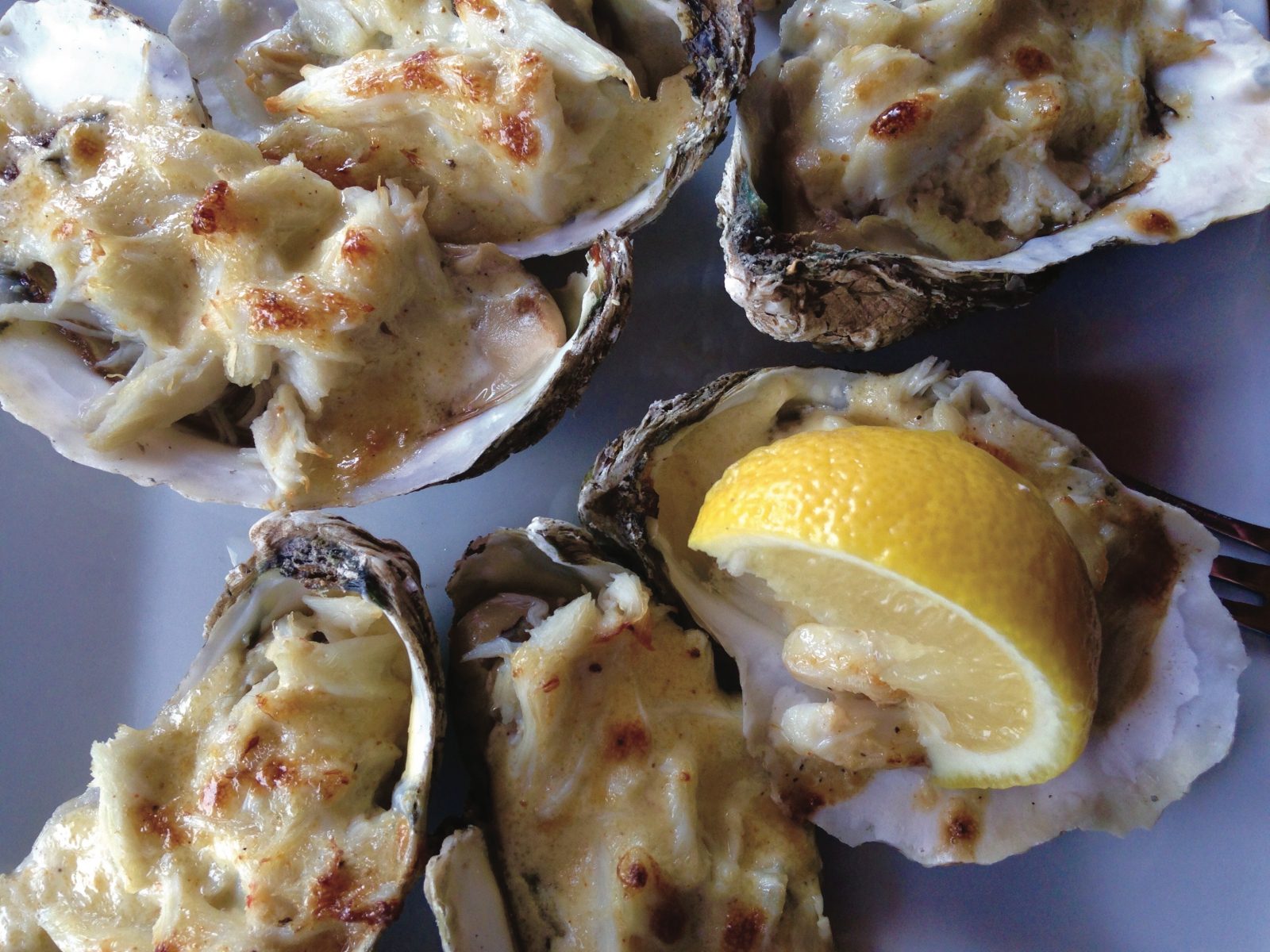 Oyster Feasts
Some foods are more enjoyable eaten communally and in mass. An authentic Eastern Shore Oyster Roast is such a festive gathering. Oyster lovers rub elbows as they stand around long tables, with piles of the bivalve poured down the center. With gloved hands and special knives, prying the oyster from its home releases the reward of plump, juicy meat. Nothing fancy but nothing better for true oyster fans. One to try is the Cape Charles Rotary Oyster Roast at Sunset Beach located at the tip of the peninsula on the Chesapeake Bay.

Eastern Shore seafood festivals are also alfresco eat-athons celebrating the bounty of local waters. Two notables are the Chincoteague Seafood Festival on May 6 and the 45th Annual Chincoteague Oyster Festival on Oct. 7.

For more details, including lodging and art venues, visit the Virginia Oyster Trail at VirginiaOysterTrail.com.