From Sprawling Furniture to Fascinating History and a Bustling College Vibe, There’s Much to Adore in Farmville

People come from all over the country, and even from across the globe, to buy furniture at Green Front. The locally owned furniture store boasts 1 million square feet of display space and the lowest prices in the U.S.

Longwood University is the other big economic driver in this small town of 8,000, which still retains the flavor of yesteryear. The success of Green Front is mirrored along Main Street, where many local businesses, even competing furniture stores, are thriving, thanks to the influx of visitors.

A day is not enough time to visit Green Front’s 13 buildings, primarily historic tobacco warehouses and revitalized department stores. Since Green Front became a furniture store in 1969, Founder Dickie Cralle has focused on relationships with manufacturers all over the country and the world.

Rugs from India, Turkey and the Middle East have long been a big draw to Green Front, and Cralle says they still have Iranian rugs in stock, even though they are currently under embargo. “We have probably the biggest supply on the East Coast,” he says. 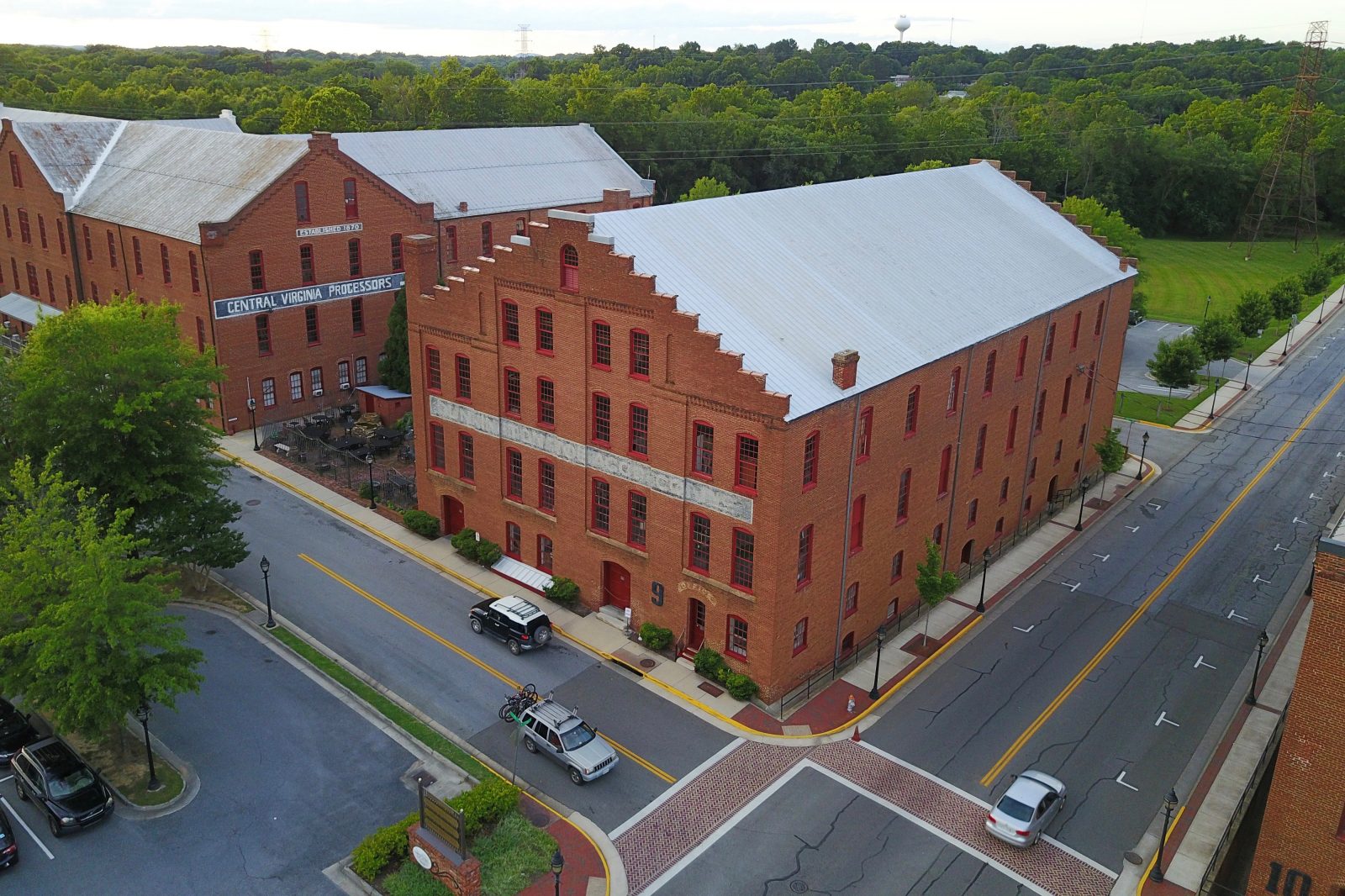 Julie Tran, executive assistant, said Cralle still labels each price tag by hand, trying to give customers the best price possible. Most of the records are still kept with pen and paper on an inventory that is difficult to fathom. Buyers can find everything from Brazilian and Argentinian cow hides and giant archways from an abandoned village in India to furniture carved from giant Indonesian teak tree roots and American beds and mattresses. Goods come from 175 different manufacturers, and when container loads arrive, locals know to be first in line. “It’s like Christmas when we open them up,” Tran says.

To thoroughly examine these stores, visitors should consider spending a night or two at the newly renovated and expanded Hotel Weyanoke. The 100-year-old building was painstakingly restored after most recently serving as housing for Longwood students. The historic building, which opened as a hotel in 1919, has 27 rooms, while a new wing added 43 more.

The $12 million renovation preserved the original front desk, marble floors, tin ceiling, windows, doors and chandeliers. The rooms are spacious and gracious, beyond the imagination of the hotel’s earliest guests, who included Helen Keller. 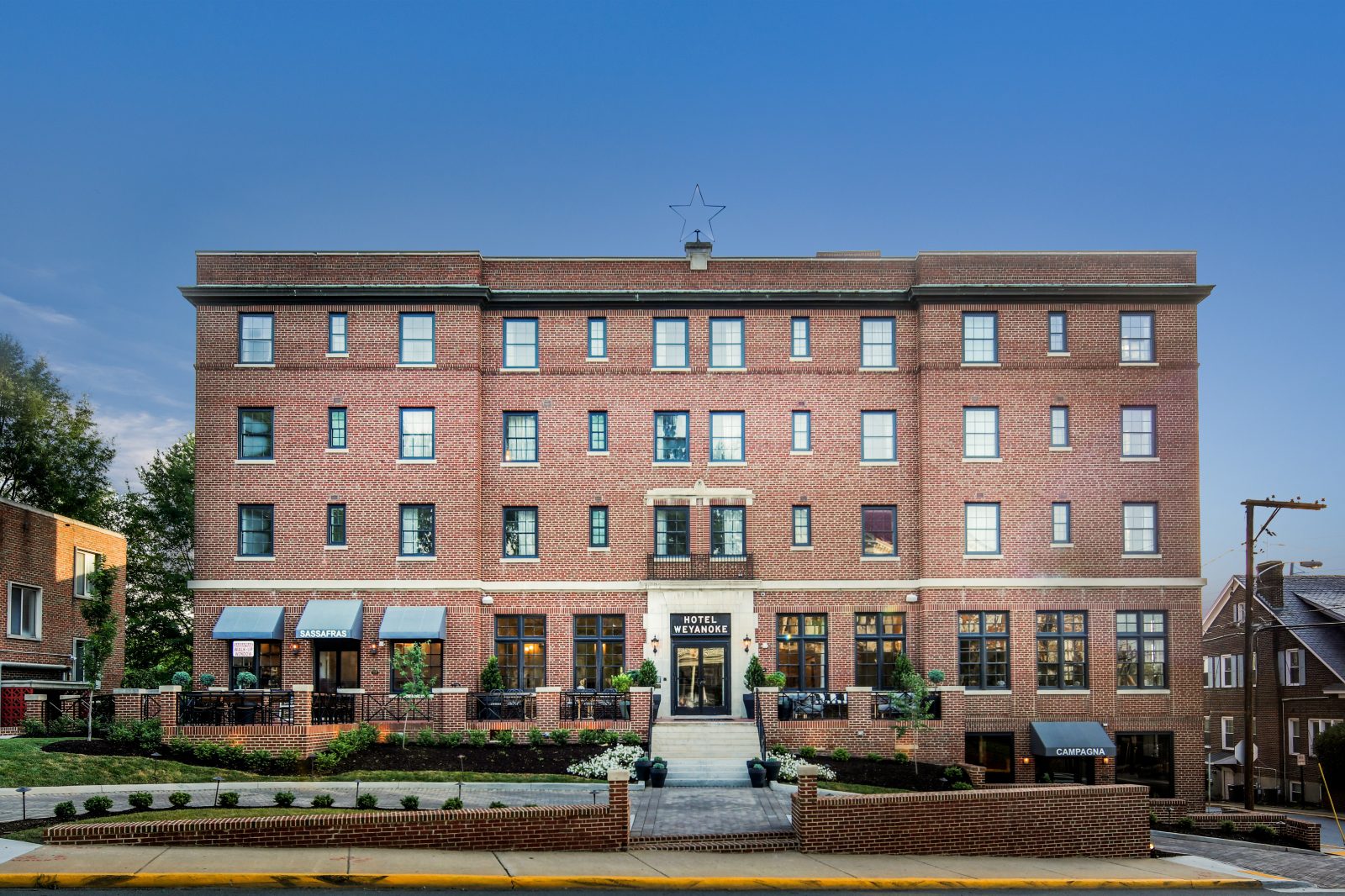 Hotel Weyanoke General Manager John Shideler said the hotel works with local businesses to provide unique touches, including Green Front for some of its furnishings, and Mainly Clay, another Main Street company, which contracted with a local potter to create the drinking mugs in each guest room. The hotel also hangs work by local artists throughout the common rooms and hallways.

Even if you don’t stay at this lovely boutique hotel, there are several dining options there, including Effingham’s, where the coal-roasted pizza and salmon salad are delicious. Campagna, a bar and restaurant downstairs, offers salad, pasta and beef dishes, while breakfast and snacks are available off the lobby. 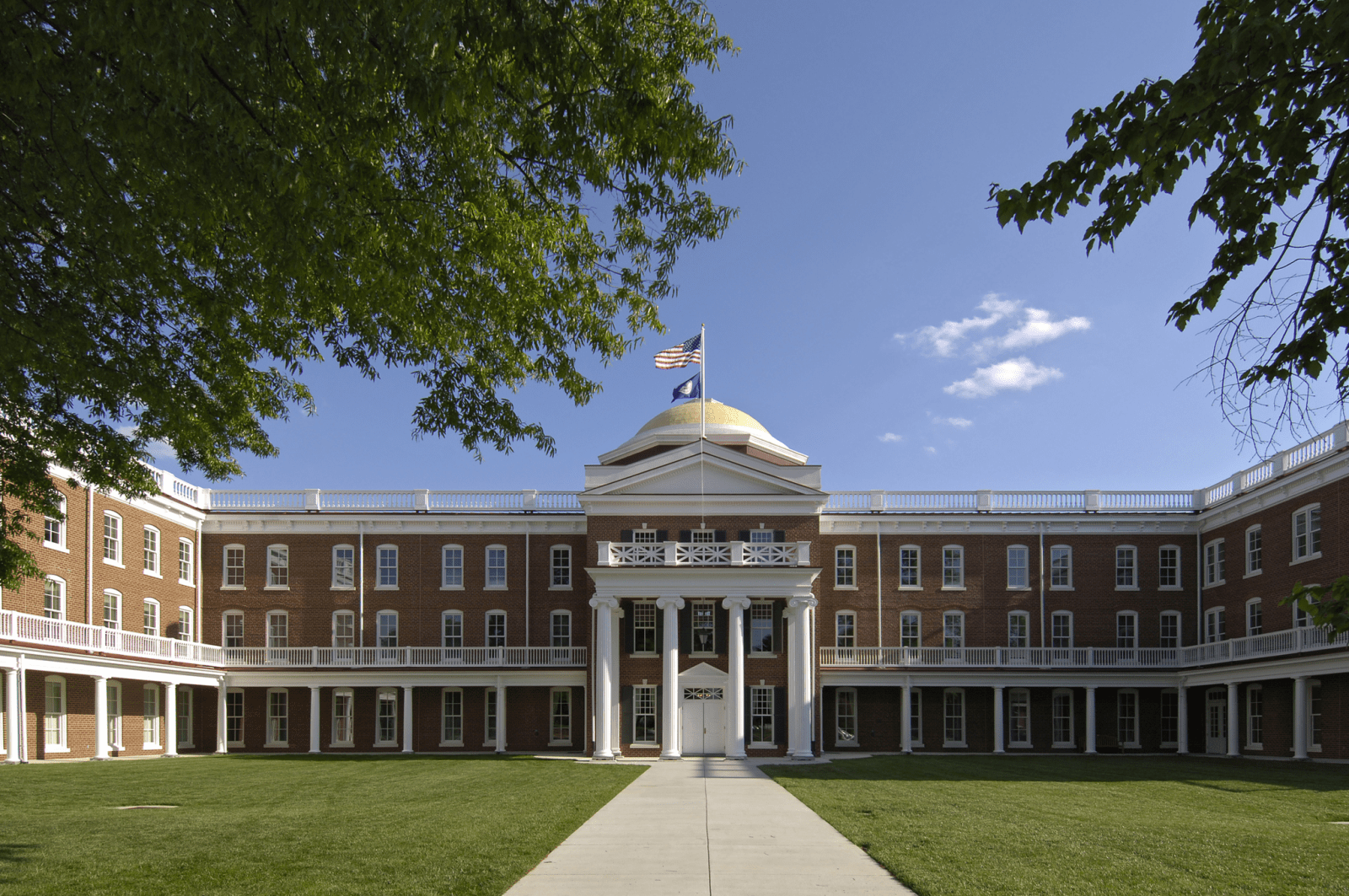 Across the street from Hotel Weyanoke is Longwood University, which now has more than 5,000 students and is in the process of creating space for more. The Longwood Center for the Visual Arts on North Main Street recently featured a provocative exhibition of photography/video on the culture that makes girls obsess about their appearance. The lower level was filled with colorful art by area students. 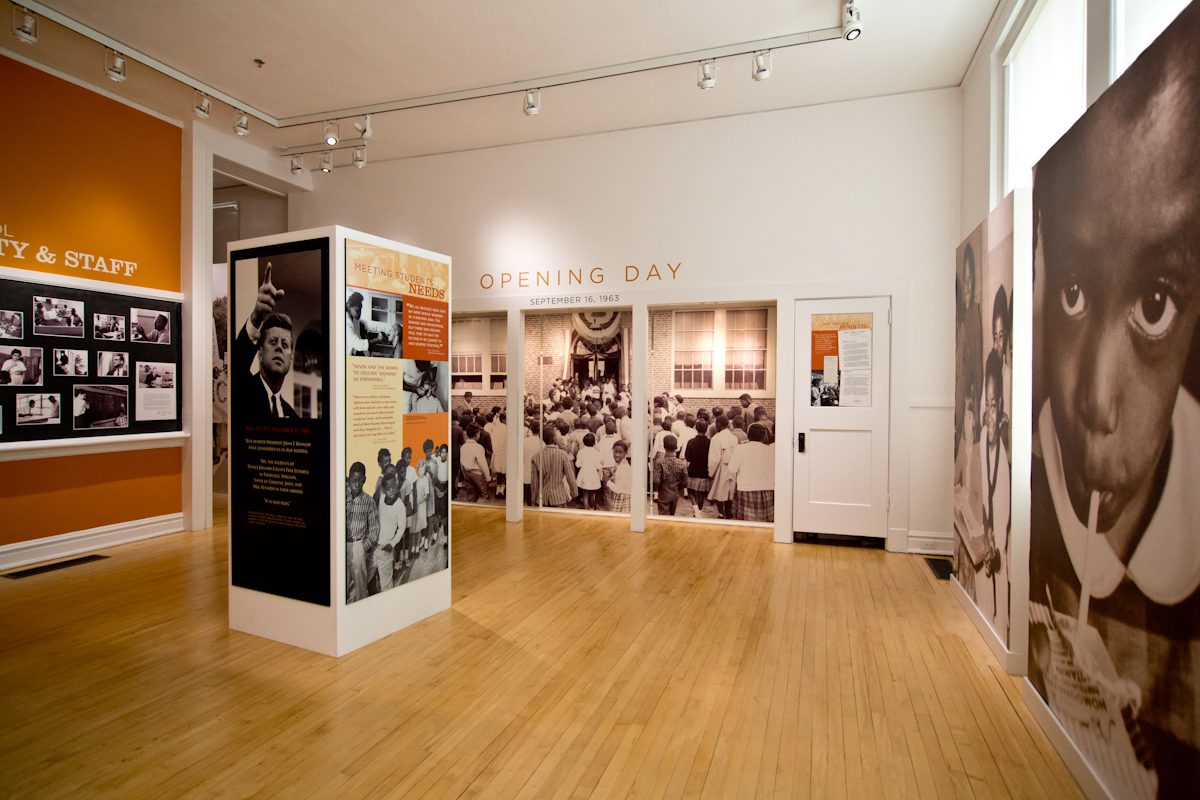 All visits to Farmville should include a stop at Moton Museum, the former African-American high school and National Historic Landmark that vividly tells the troubling story about the massive resistance to integration in Prince Edward County and the courage of African-American students to stand up to unequal school facilities. Their strike in 1951, led by student Barbara Johns, morphed into a state lawsuit, which later became part of the landmark 1954 Supreme Court Brown v. Board of Education decision. Brown struck down the notion that a separate education could be equal. In the interim years, between 1959 and 1964, Prince Edward County closed its public schools rather than integrate them, leaving some 3,300 students without access to public education. 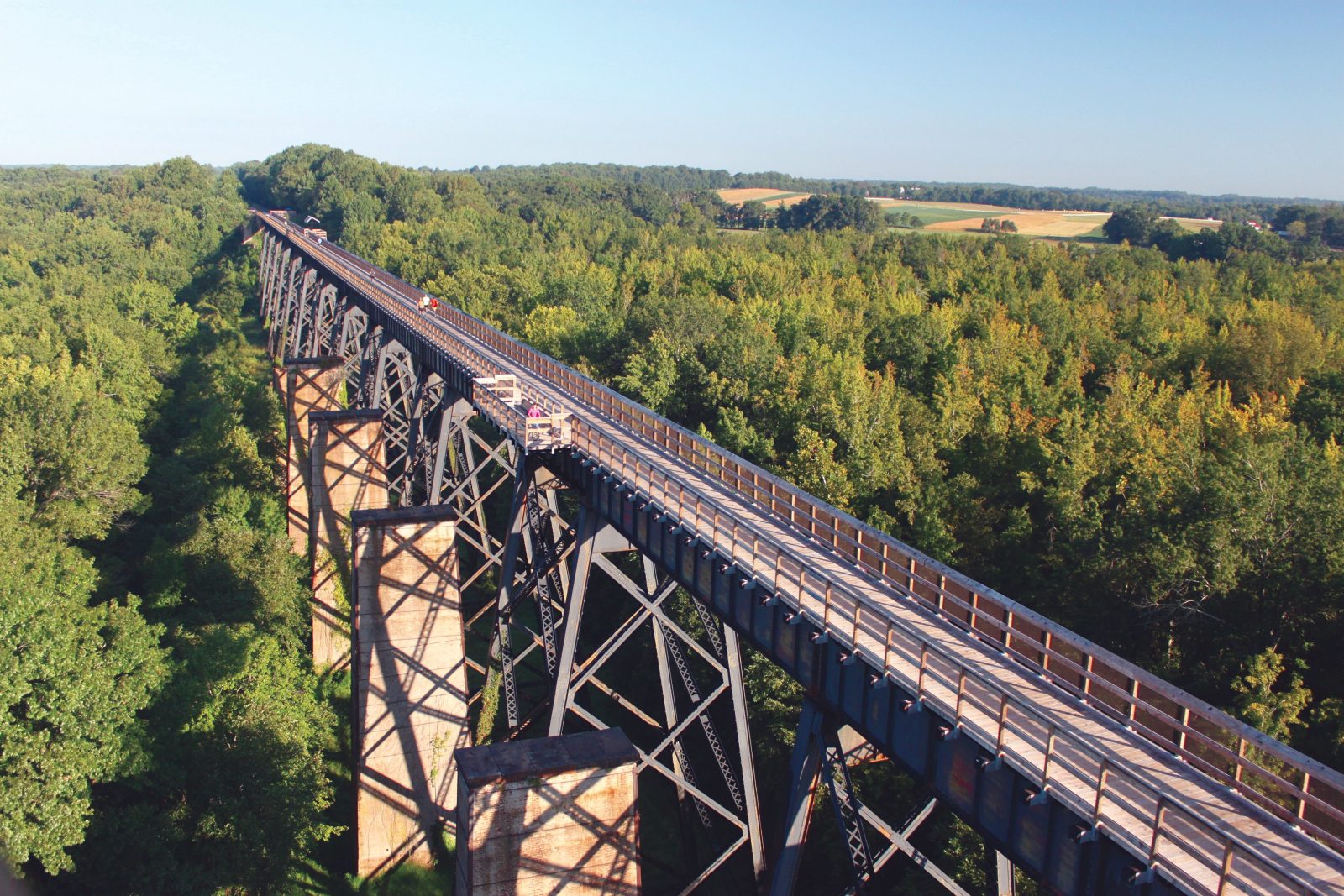 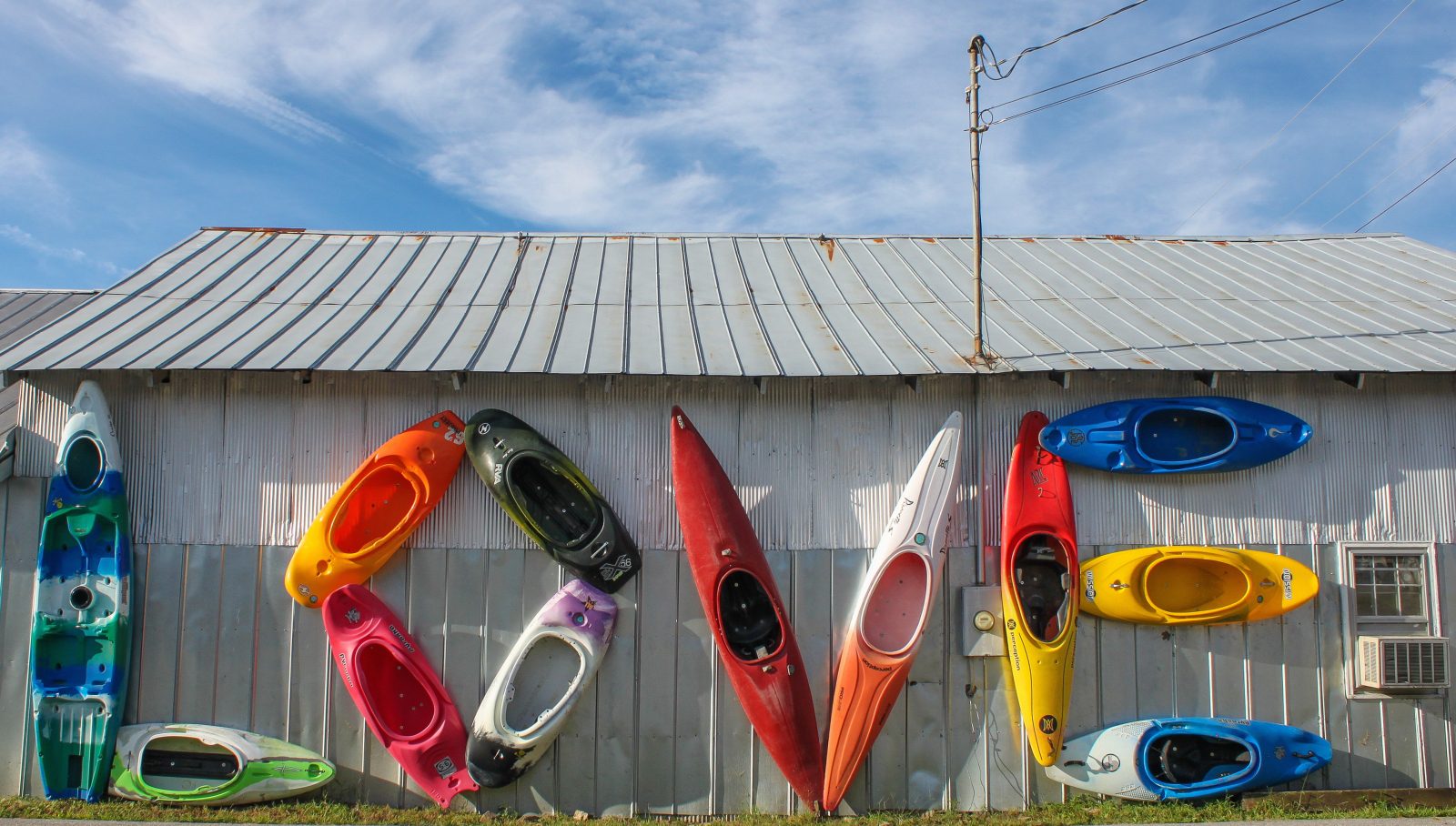 Farmville is now a different place, where everyone is welcome and sure to find plenty to do, whether shopping, enjoying a walk around Wilck’s Lake or taking a bike ride through High Bridge Trail State Park, which includes a spectacular view from the 125-foot-high former railroad bridge. The 30-mile trail can be accessed from downtown Farmville, where bikes, kayaks and canoes can be rented. After a good workout on the bike trail or Appomattox River, be sure to stop at Third Street Brewing, where a variety of tasty craft beers can be sampled over a game of cornhole.

Start planning your next getaway at VisitFarmville.com.