New American coastal fare at Adrift in White Stone on the Northern Neck is drawing locals and foodies from far and wide, and we recently found out why 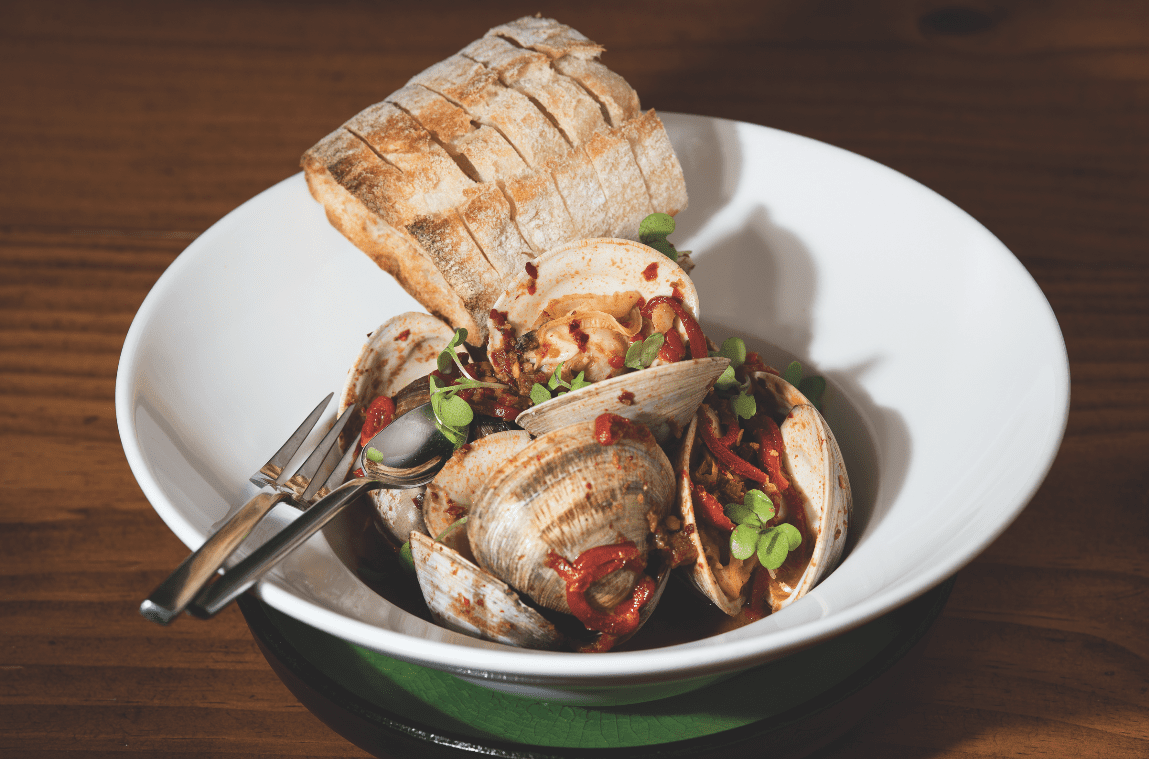 The phrase “hidden gems” might be as clichéd as proof in the pudding. But if the hidden gems in question are the baked oysters in togarashi butter—Chef Devin Rose’s delectably regional twist on escargot—I will happily mine those gems every time I am anywhere near the tiny town of White Stone, Virginia. That’s the unassuming locale of Adrift restaurant, itself a hidden gem that has become a foodie destination and a locals’ hot spot since it opened in 2018. 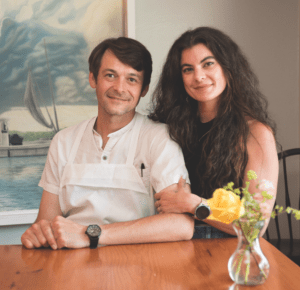 Having earned their industry chops afar, including at the legendary Inn at Little Washington, Devin and his wife Kati (pictured) moved back to where they were both born and raised in the Northern Neck in search of a sense of community and a place to raise their son, now 10, with the support of family. One night over the family dinner table, they announced they were going to take a leap of faith and open their own restaurant.

And like that, the idea for Adrift was unmoored. Fast forward a few years and a pandemic—weathered with a little ingenuity and a lot of takeout and to-go cocktails—and Adrift appears to be floating in just the right direction, packed with diners enjoying their new American coastal fare on a Thursday night in late spring.

That’s when my friend and I found ourselves happily perched at a high-top table adjacent to Adrift’s cozy bar, enjoying a bottle of German winemaker Weingut Beurer’s Wurttemberg “in Der Luft”—a lovely, bright Riesling, Chardonnay and Gewurztraminer blend recommended by Kati, who manages front-of the-house duties including wine, beer and craft cocktails.

At Chef Devin’s suggestion, we were soon gingerly plucking those delightful baked oysters, sourced from the town’s very own White Stone Oysters, one by one from their miniature liquid gold nests, savoring each tiny bite of tender, sweet-salty flesh and shamelessly sopping up the remaining pools of slightly spicy umami butter with crispy baguette. 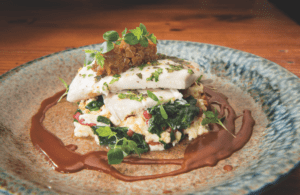 Pairing classic technique with fresh, hyper-local ingredients, the elegant simplicity of this dish—some version of which has remained a staple on Adrift’s changing seasonal menu from the beginning—encapsulates something essential about the culinary journey the Roses hoped to take along with their guests, explains Devin, always discovering but also striking a balance between comfort and daring for a variety of palates.

“We love the education aspect,” Devin says, noting that their clientele is about half local and half visitors, many of whom come to enjoy the area’s nearby destinations like Tides Inn Resort and legendary waterways—from which Devin grew up pulling baskets of blue crabs like the generations before him. “If you are not learning as you’re growing then you are not growing, everyday finding something new…that’s why we chose the name Adrift.”

Next, during our visit to Adrift, we tried the Thai mussels with coconut curry, lemongrass, ginger and cilantro, a dish inspired by Devin’s fond memories of Spotos Oyster Bar in Palm Beach, Florida, with his grandfather, and also served with crispy baguette. Those classic Thai flavors and sweet, herbaceous notes married perfectly with the briny mussels and belly-warming coconut curry. We also couldn’t resist trying a Southern classic on the menu, fried green tomatoes, featuring a towering stack of lightly breaded and fried tomato slices sandwiched with generous schmears of pimento cheese and topped with basil. 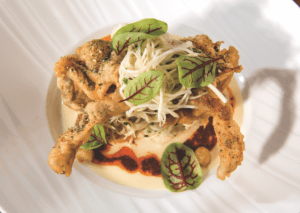 We adored the Blackened Tuna entree showcasing rare slices of blackened tuna atop a potato fondue, togarashi and crisp-tender spears of local asparagus framed by yin-yang swirls of black garlic sauce. But it was a dessert on the rotating menu that night that put us on cloud nine: a chocolate sundae the chef somewhat reluctantly admitted to us was inspired by his childhood affinity for the McDonald’s version. But I promise you’ve never had anything like this under the Golden Arches: salted caramel gelato, hot Manjari chocolate ganache and toasted walnuts. It was all the things.

Regional and Virginia ingredients and products are as regular on the menu as the regulars who eat there, whether its fresh veggies from Old Farm Truck Market around the corner, Tom’s Cove Aquafarms clams from Chincoteague, Richmond-based Sub Rosa bread, Seven Hills beef or seasonal softshell crabs from hometown Still Kickin’ Seafood featured in a softshell tostada (yes, please).

If you find yourself in White Stone, or even if you live nearby, it can be easy to miss Adrift’s location near the intersection of Rappahannock and Chesapeake Drive, its understated weathered green façade belying the artistry on the plates being served inside. The interior is homey and humble as well, a combo of natural wood, white shiplap and nautical decoys, seating up to 50 guests.

And dinner by reservation Thursday through Monday isn’t all they do at Adrift. Their in-house food and wine shop is called Moor and offers select bottles, take-out bites and gourmet food products Friday and Saturday from noon-3 p.m. Stop by and grab some wine, a cheese board, a succulent smash burger, some house-made soup or any of a variety of artisan products from tinned seafood to hot sauce, bitters and bar accessories to sparkling water. 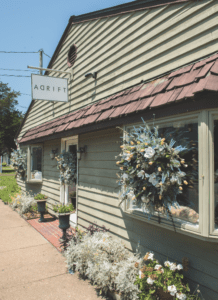 For owners Kati and Devin, it’s all about connecting with the community and creating culture: “You meet people and create relationships that way. It makes it worthwhile. We are trying to bring something back, and there is so much promise here.” 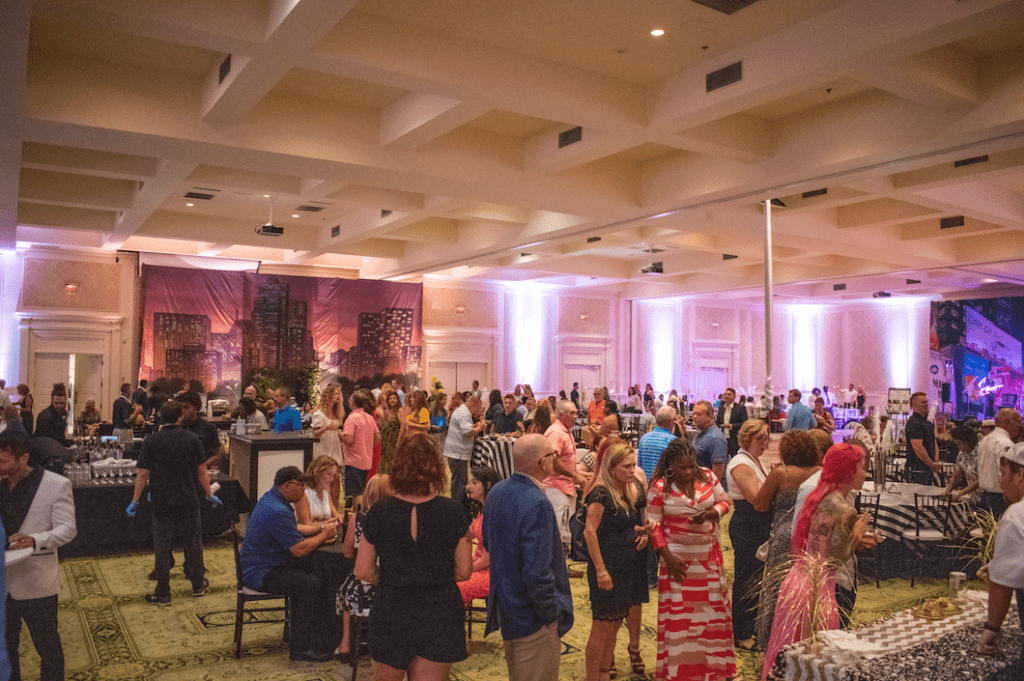 Coastal Virginia Magazine’s annual CoVa Best Of Party, “A Night in New York,” brought together some the area’s best... 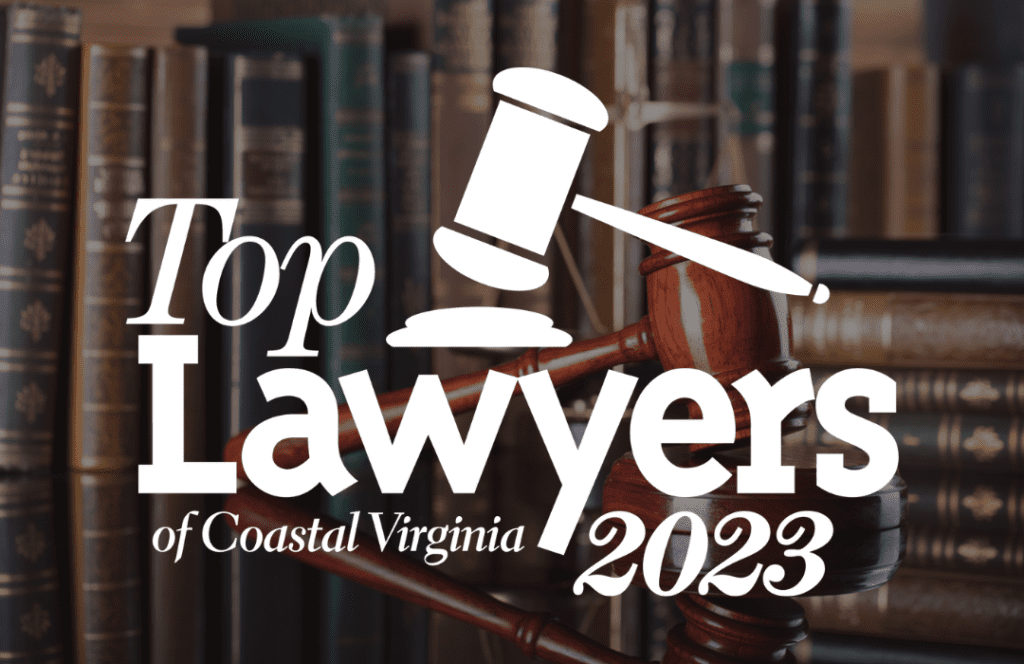