‘Farm to table’ and ‘eat local’ are admittedly buzzwords for cuisine nowadays, but for what could be considered a culinary trend should be viewed in the bigger picture as part of a growing food movement. Local restaurants are taking the idea a step further by sourcing from their own onsite gardens and making horticulture a bigger part of a sustainable food culture in Coastal Virginia. Many are growing their own fruits, vegetables and herbs, showing patience in the maintenance of their own gardens, creating menus that are more attune to the season, with lush and delightful dining settings and most importantly, putting together resplendent dishes bursting with colors and fresh ingredients full of flavor. We’ve picked out these local restaurants with a green thumb, bringing to the kitchen splendid foods grown naturally in their own gardens. 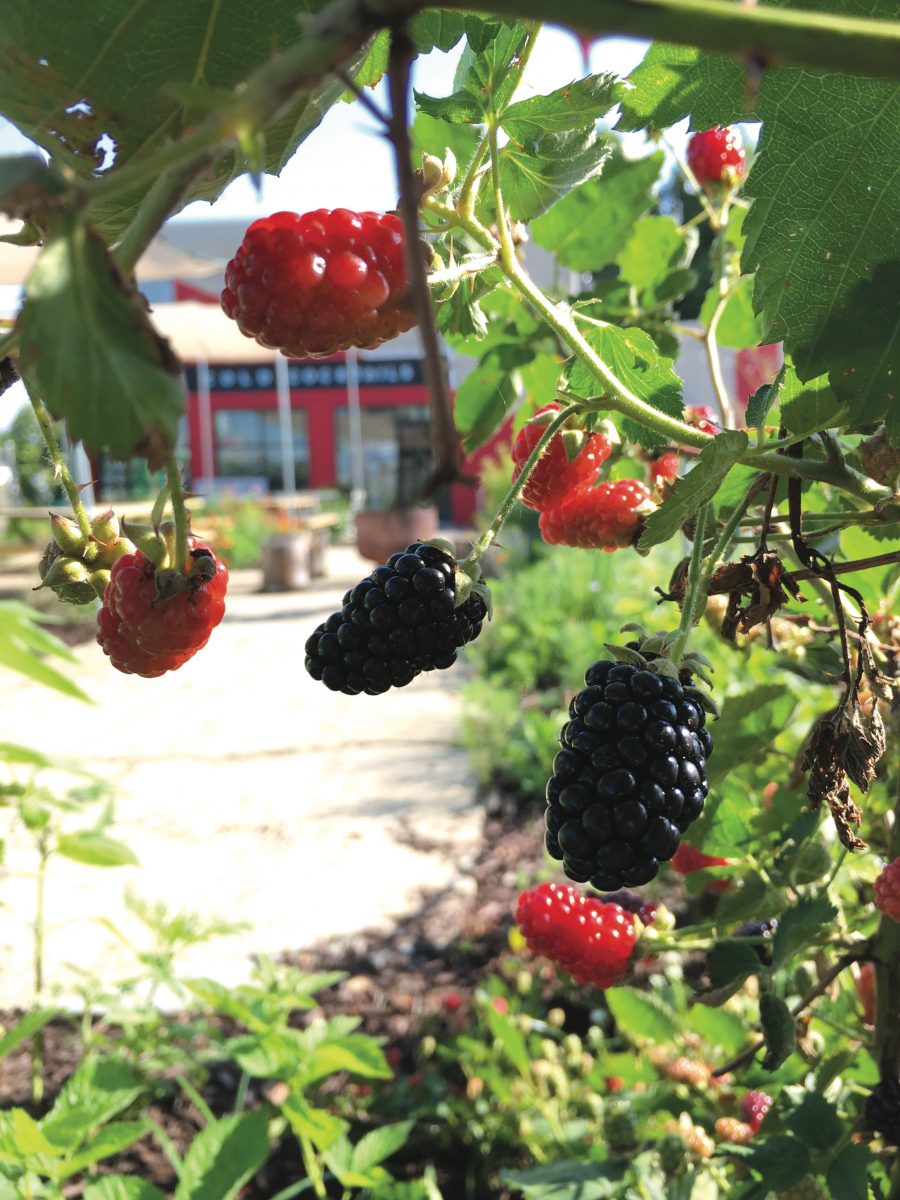 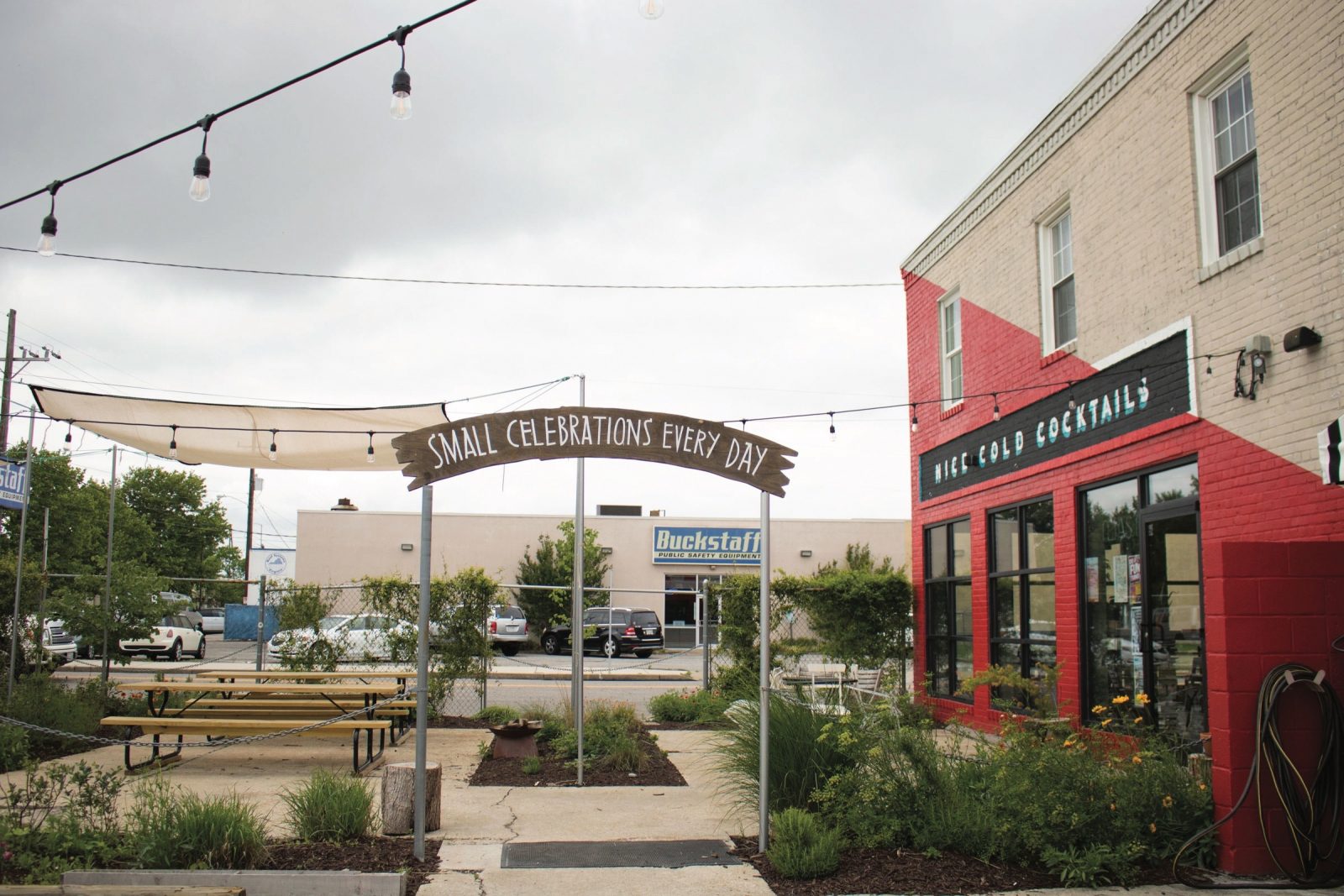 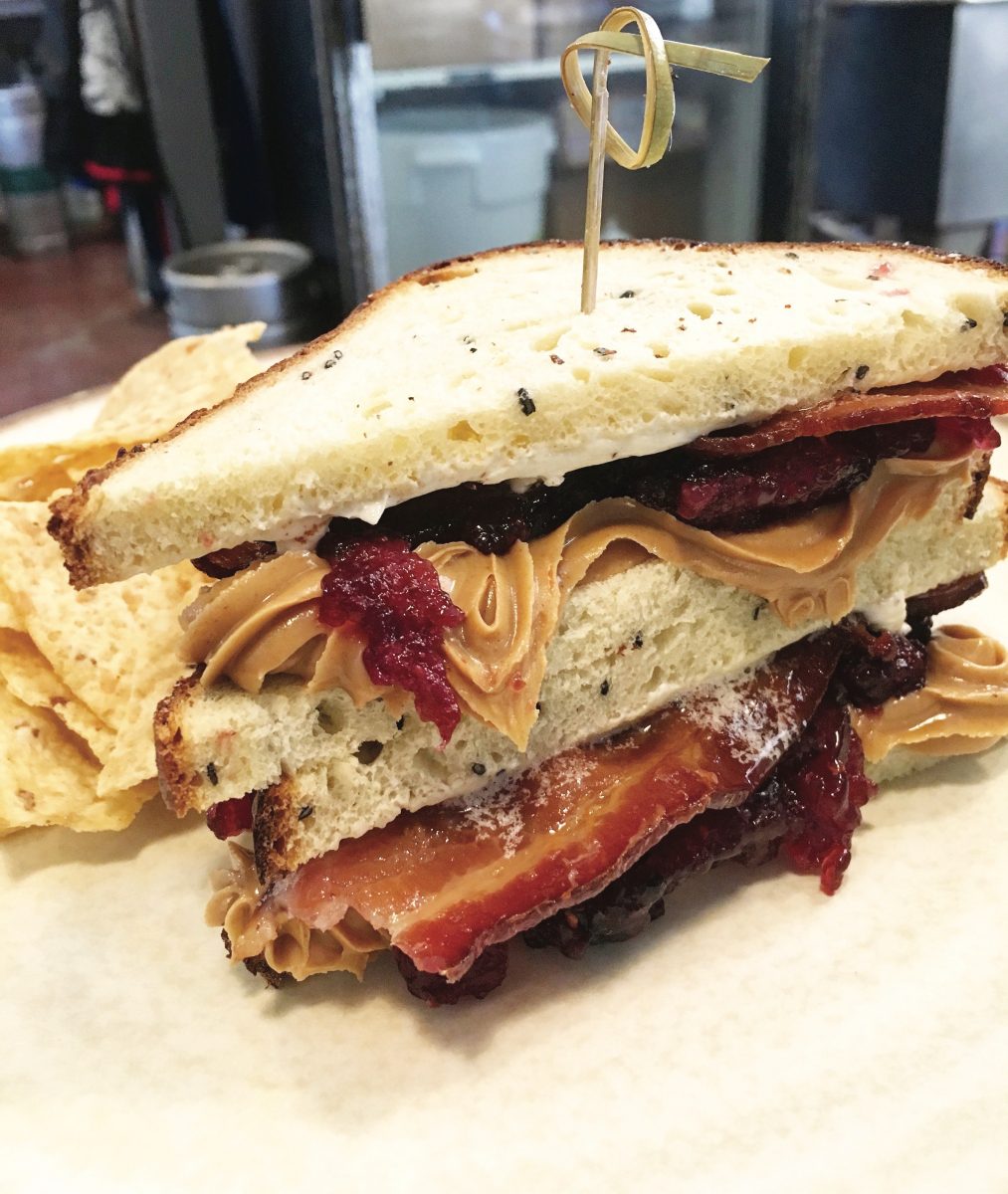 While you can guess by the name it’s a toast-centric menu, the real breadwinners here are the toppings and spreads, some of which are sourced right from the garden. Their hot chicken toast and grits are topped with their own pickled jalapeños, while the carnitas bowl is spruced with cilantro picked onsite. They’ll even harvest corn, tomatoes, romaine and sweet potatoes when they’re in season, as well as okra, cucumbers and blueberries. When it’s peanut butter jelly time, Toast picks their garden blackberries for the jam. And when it’s time for some thyme, have a glass of their House Blackberry Thyme Tea or the Tucker Collins Cocktail, an elixir mixed with bourbon, lemon and blackberry simple. Mint, parsley, rosemary and cilantro are herbs they grow all on-location and add to syrups for drinks at the bar. Now that’s something to give a toast about.

Becoming the second Second Street when it opened in Newport News in 2013, the inviting eatery is distinguished by its classic American fare in a sophisticated setting, serving familiar but stylized favorites of burgers, wraps, seafood and steaks with stellar wines from the cellar. Outdoors, its brickwork patio is shaded by its trellis, from which baskets of planters and string of bulbs dangle over diners. 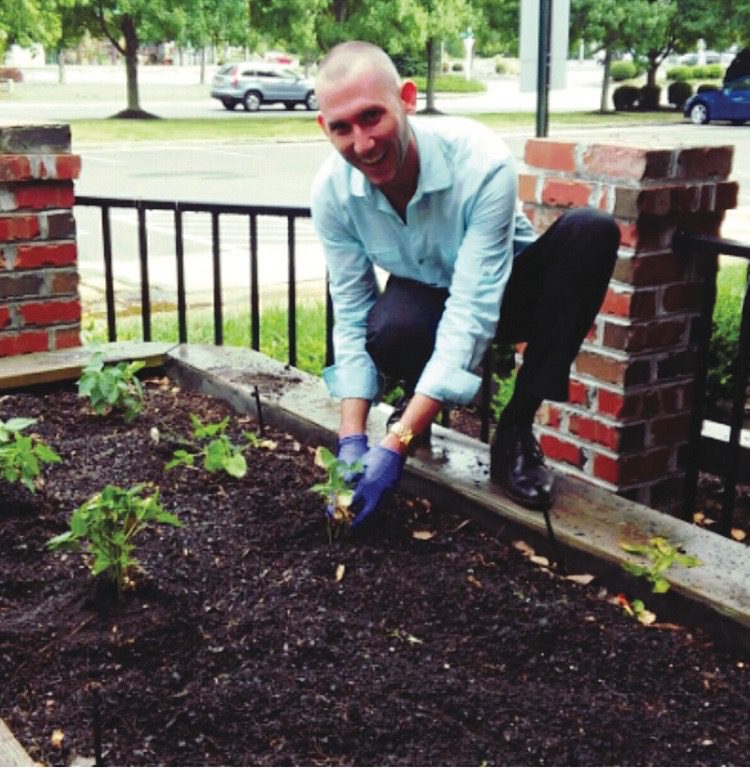 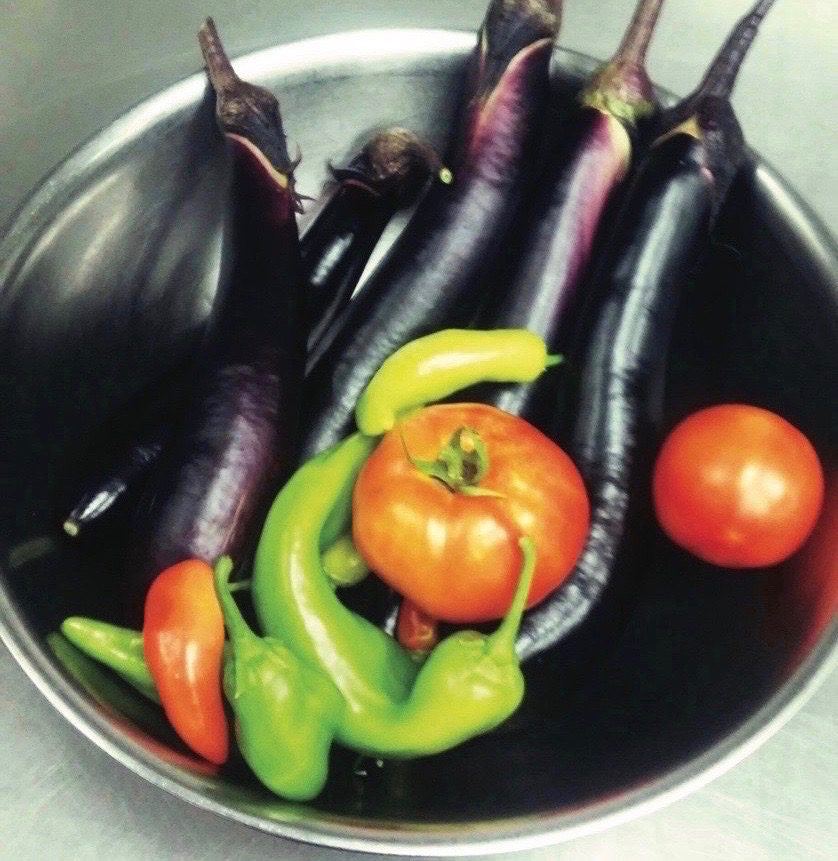 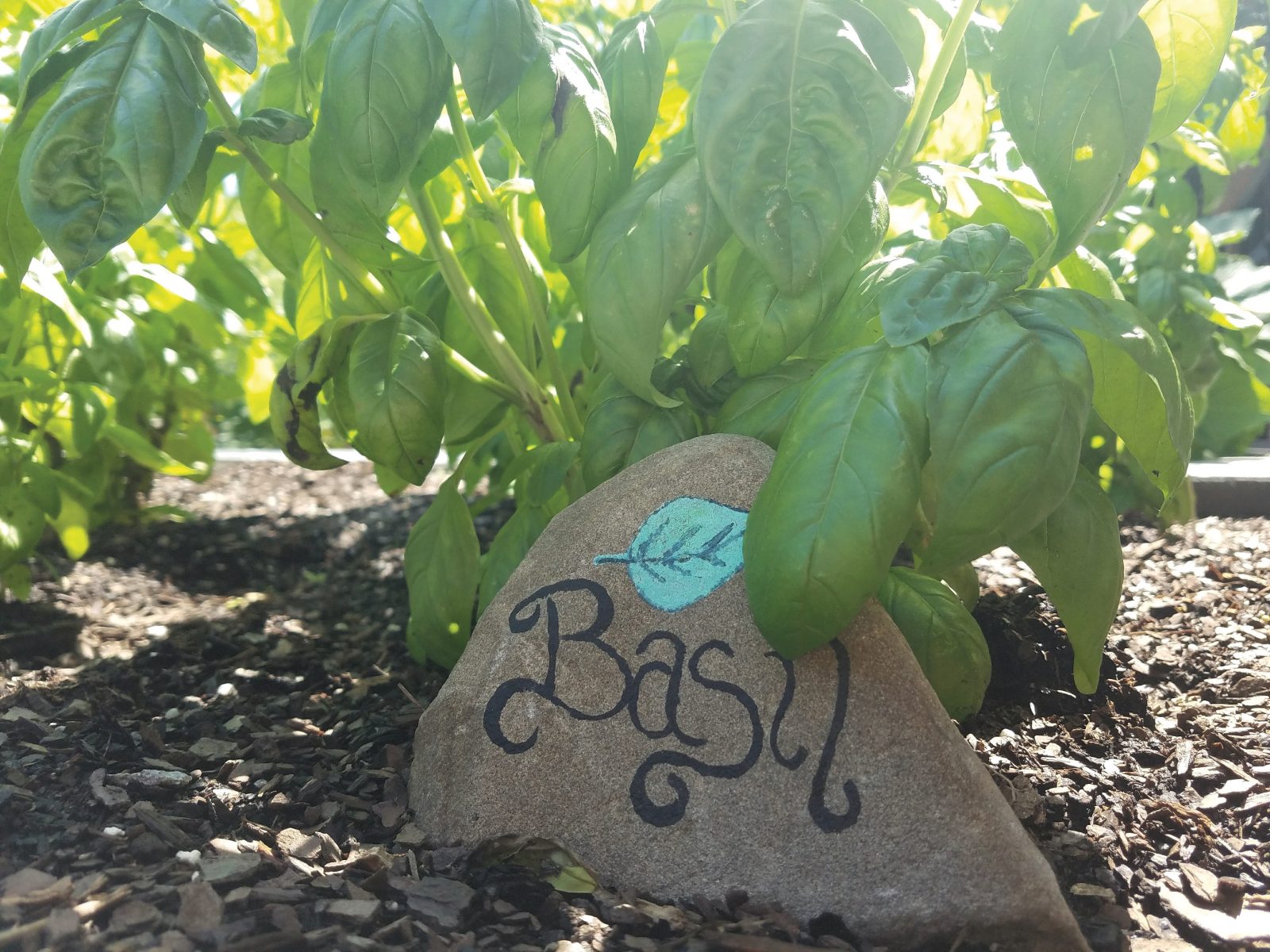 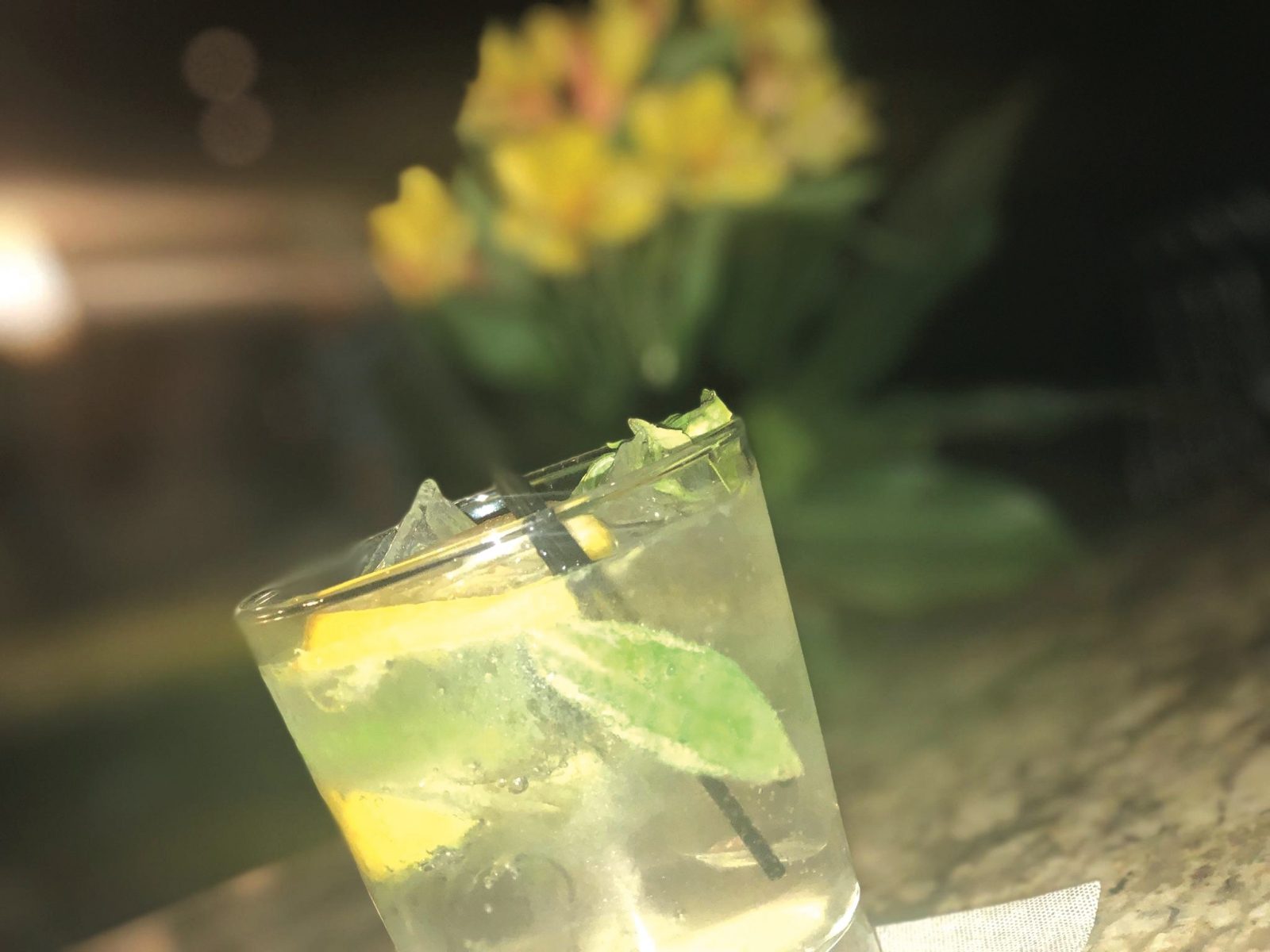 Second Street’s garden is vivid with verdure, crawling with vines and climbing herbs. “Our garden is largely symbolic of our farm to table cooking,” expresses Melissa Fuller, assistant manager of the bistro. “The beds serve as a reminder to our guests how important using garden fresh ingredients is to Second Street.” You’ll find traces of their garden throughout their express lunch box menu, in seasonal salads, dinner entrees and craft cocktails. Ripe red tomatoes are grown for salads; plump purple eggplants for their grilled vegetable entree; leaves of basil picked for the lemon basil vodka tonic mixed with lemon zest, Svedka Vodka and Jack Rudy Tonic Syrup; and green mint, labeled as “mojitos in training,” are plucked for Second Street’s second to none mojitos. Beyond their own little green patch, the bistro sources fresh product including veggies and eggs from family-owned KelRae Farm of Toano. 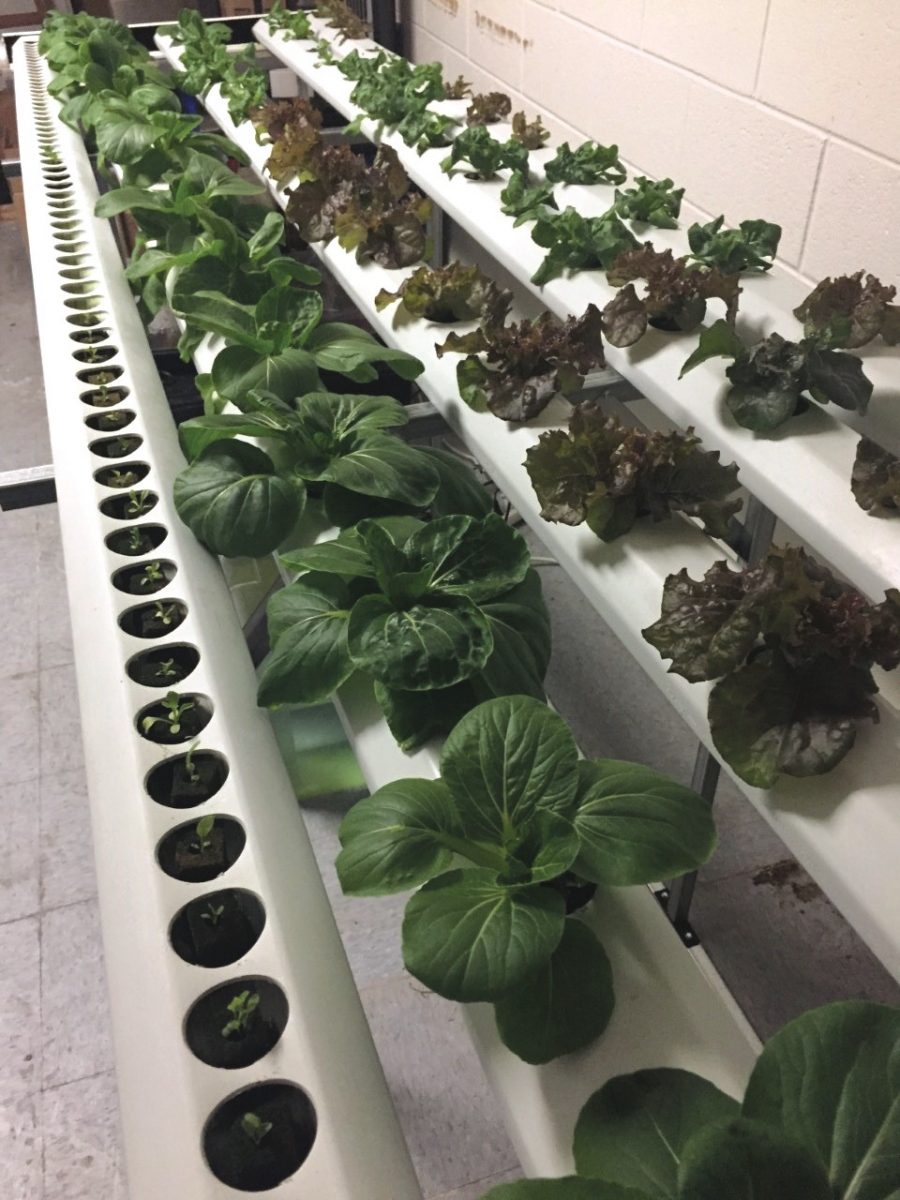 For all intents and purposes, Fin is the oyster’s pearl in local coastal cuisine and upscale seafood, with ornate presentations of dishes complementing the ambiance and seemingly perfected service. Fin’s fine dining is based on a seasonal selection, where its wholesome helpings credit their quality to being both locally sourced and organic. 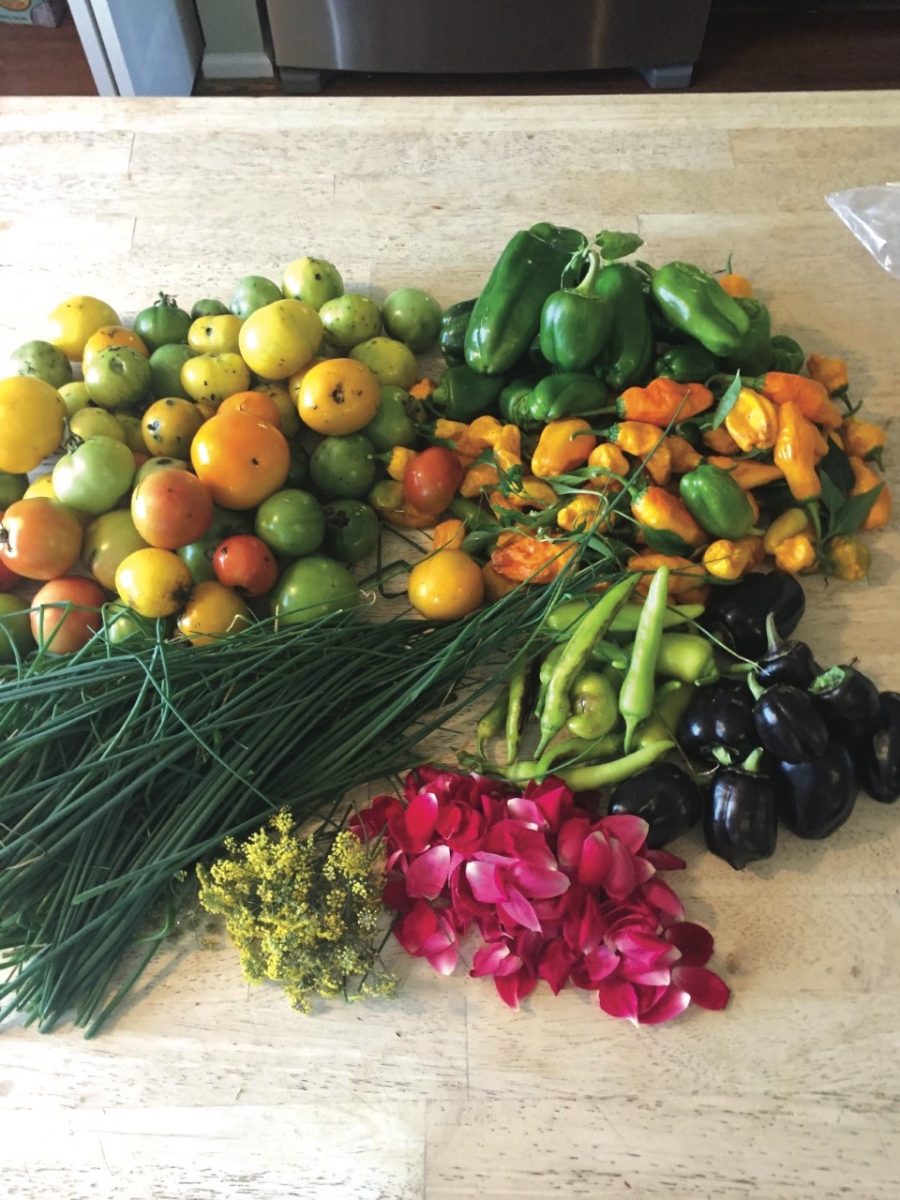 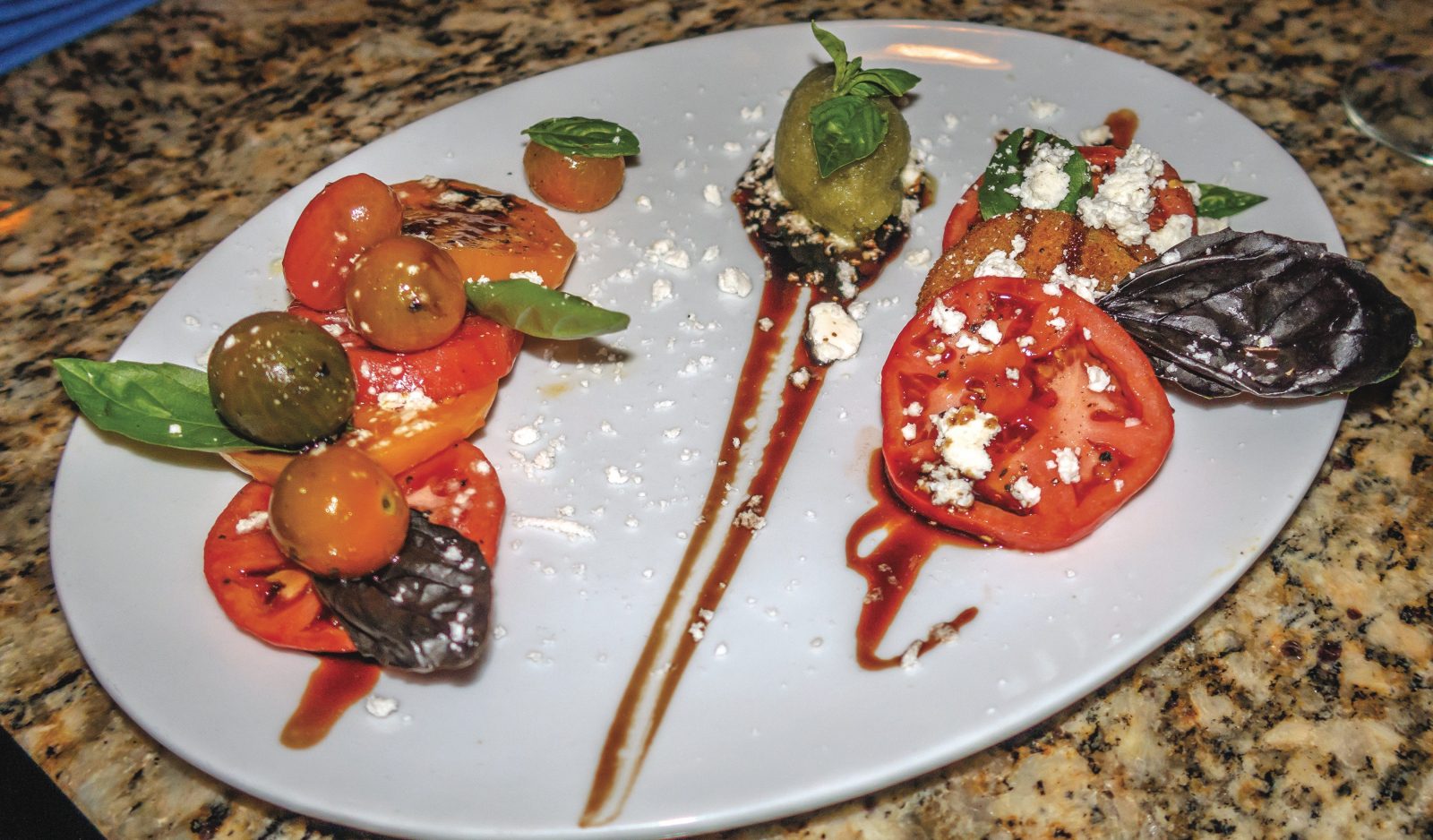 No soil? No problem. While it may not be most practical to get into gardening in the middle of Port Warwick in Oyster Point, with some cunning cultivation, Chef Kenny Sloane has done so with hydroponics indoors in their kitchen doubling as a little greenhouse. With innovative irrigating and exposure to nutrients, Sloane has grown his own tomatoes, sorrel, kale, lettuce and other leafy greens essential to spring and summer, creating colors that pop and exuberantly punctuate plates. These hydroponics accent heirloom tomato dishes with mozzarella; crab cake sandwiches are embellished with lettuce and tomatoes; pan seared snapper is accentuated with kale; basil sorbet makes for an herbaceous dessert. Back home, Sloane shares that another 400–500 plants are grown in his backyard garden to accompany the menu. It only seems fitting with the ideal for Fin’s al fresco eating that while you gaze out on Styron Square from your table this summer, you know your greens were grown right from the kitchen. 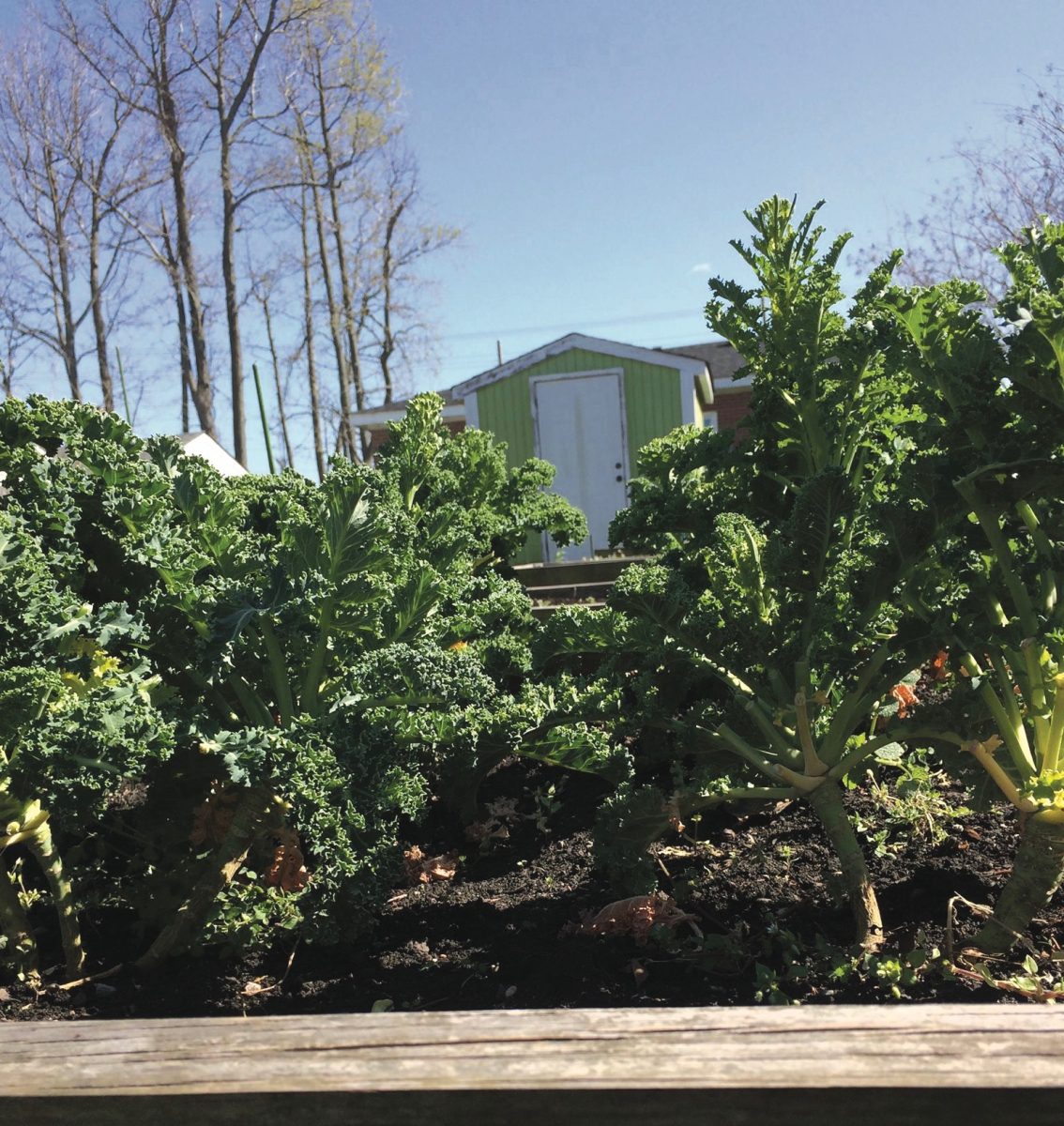 Both a Lebanese and American eating establishment, family-owned and local since 1993, Croc’s caters to many crowds and different diets with a focus on sustainable and organic fare. They’re proud to support family farms and Virginia wineries and craft breweries, as well as local watermen as a member of the Virginia Aquarium’s Sensible Seafood program. It’s a neighborhood watering hole for a number of eco-friendly organizations, and while they’re in the ViBe, they’re also the site of the Old Beach Farmers Market. Croc’s has also earned the Virginia Green designation for the plethora of its earth-friendly amenities: an electric car-charging station, rain barrels for stormwater runoff reduction, a solar hot water system, flooring made from recycled carpet and the on-premise garden. 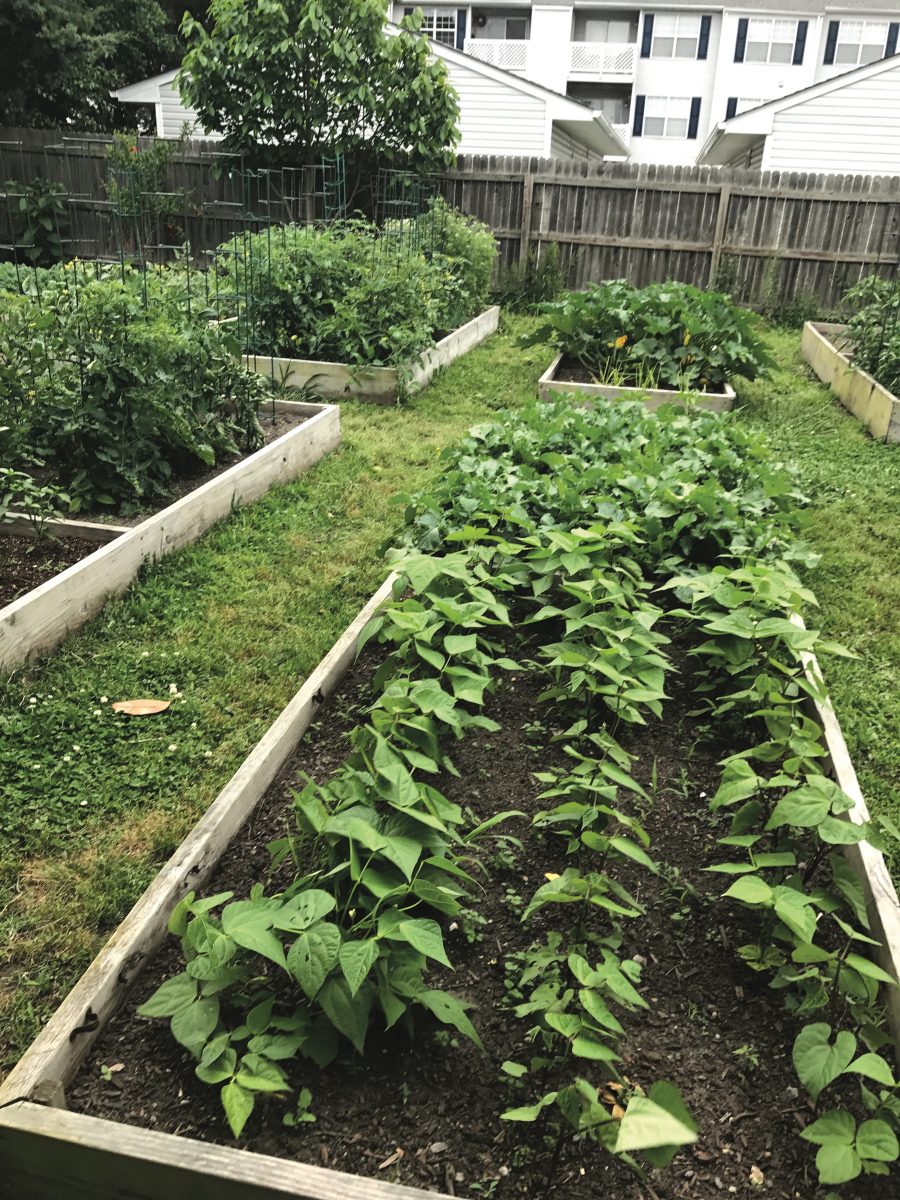 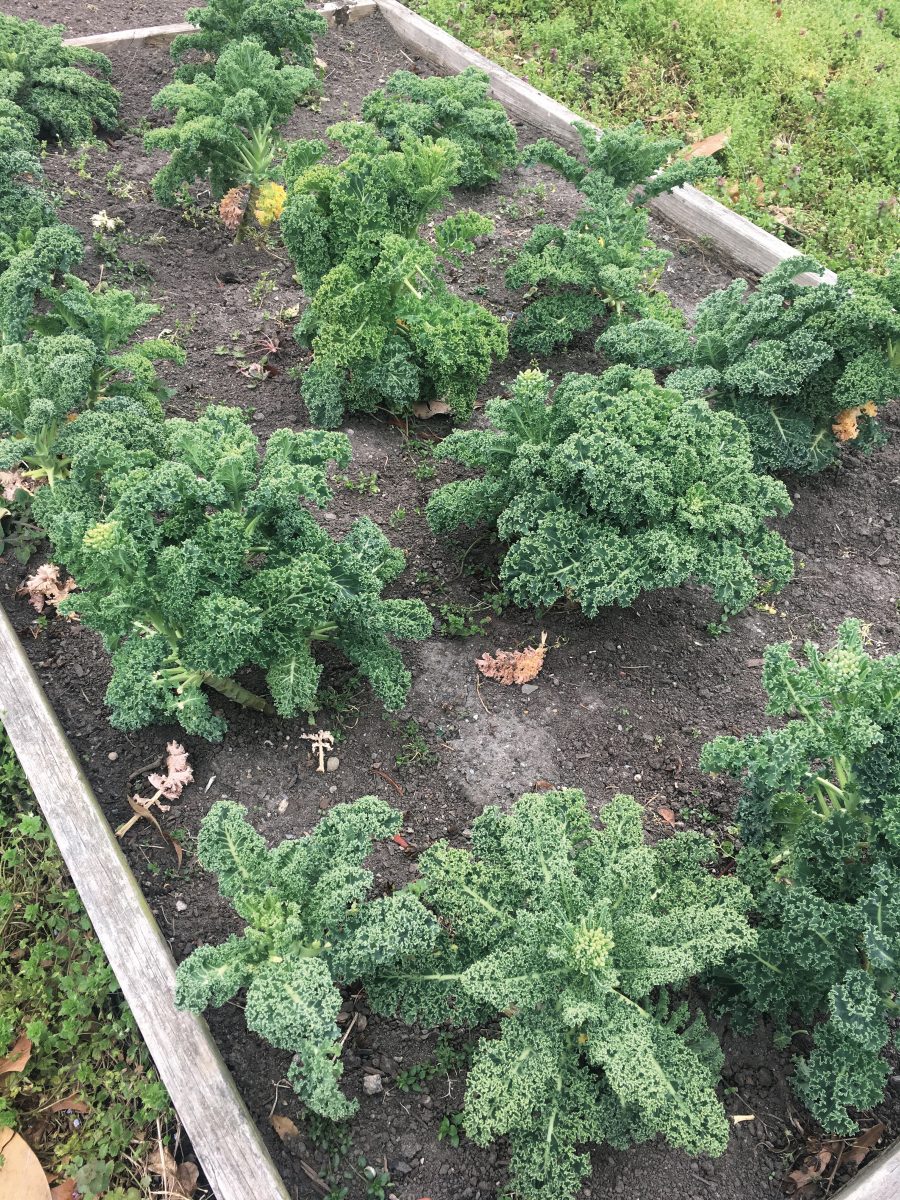 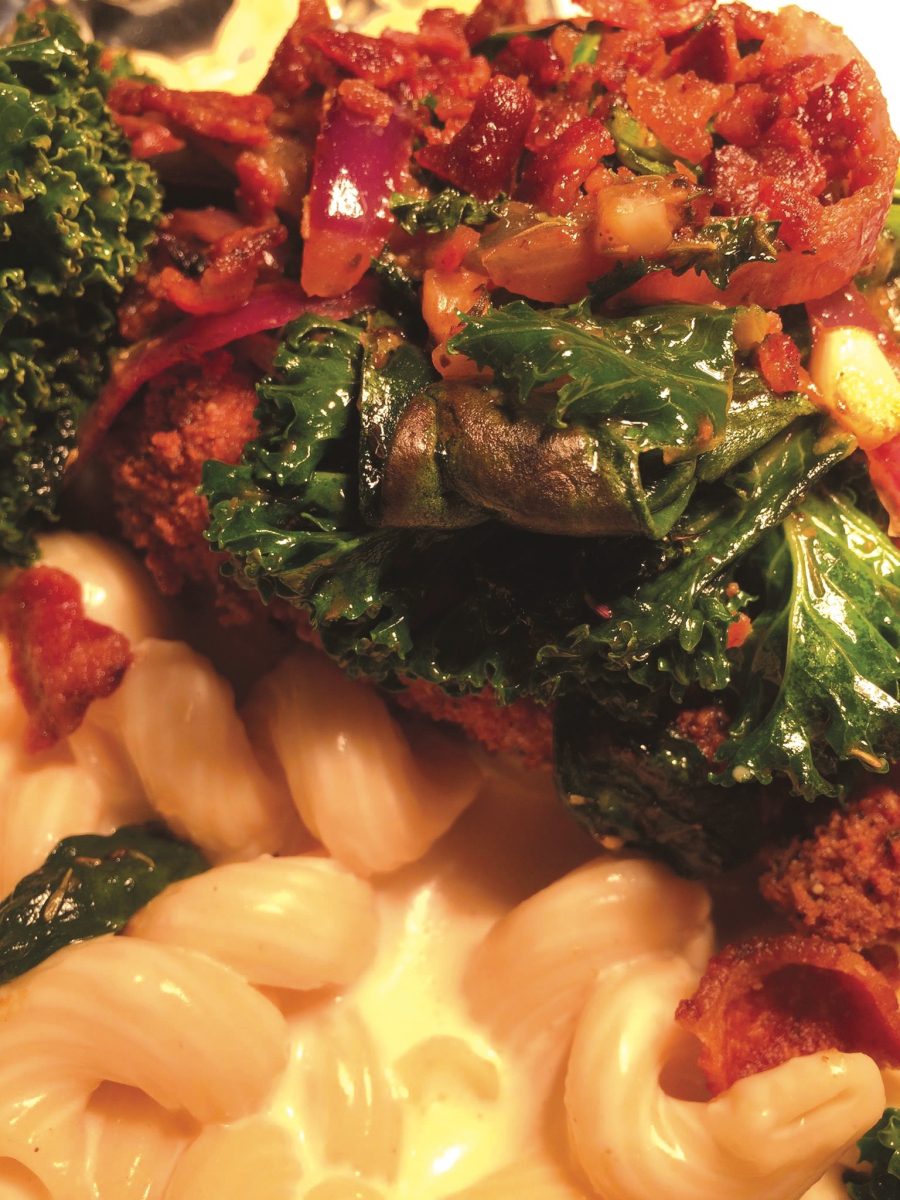 Devising a blend of Mediterranean fare that’s based around seasonings and aromatics, owners Laura and Kal Habr source ingredients across the menu that grow literally all around the restaurant. Rosemary, lavender, apple mint, parsley, oregano, bay leaves and tarragon spring forth from planter pots on the patio as they’re used for garnishes in cocktails and seasonings for dishes. In the kitchen, falafel and veggie wraps are comprised of the garden’s cucumbers, tomatoes, spinach and kale; summertime squash makes its way into the Old Beach Farmers Market Salad. With everything from fennel, beets, radishes and chives to lettuce, broccoli and cauliflower, the garden provides an encounter to the most splendid provisions of nature.

Between the bungalows and beach cottages with balconies in Shadowlawn and the new wave of the ViBe District’s urban dwellings, the collective eateries of Commune and Esoteric cluster in a complex painted black, dating back to the 1920s and belonging on Virginia Beach’s historic registry. In the backyard, their shared garden space with raised beds nurtures a sense of community.

With a maxim for minimalism and “real food” made from scratch, Commune conveys farm to fork with small plates of baked goods, crafted coffee, breakfast and lunch. A rustic restaurant with earthly elements and countryside nuances, there’s an airy atmosphere with communal tables, hanging baskets of plants and window counter seating to peer forth on the street corner while you eat, drink and bask in daylight. 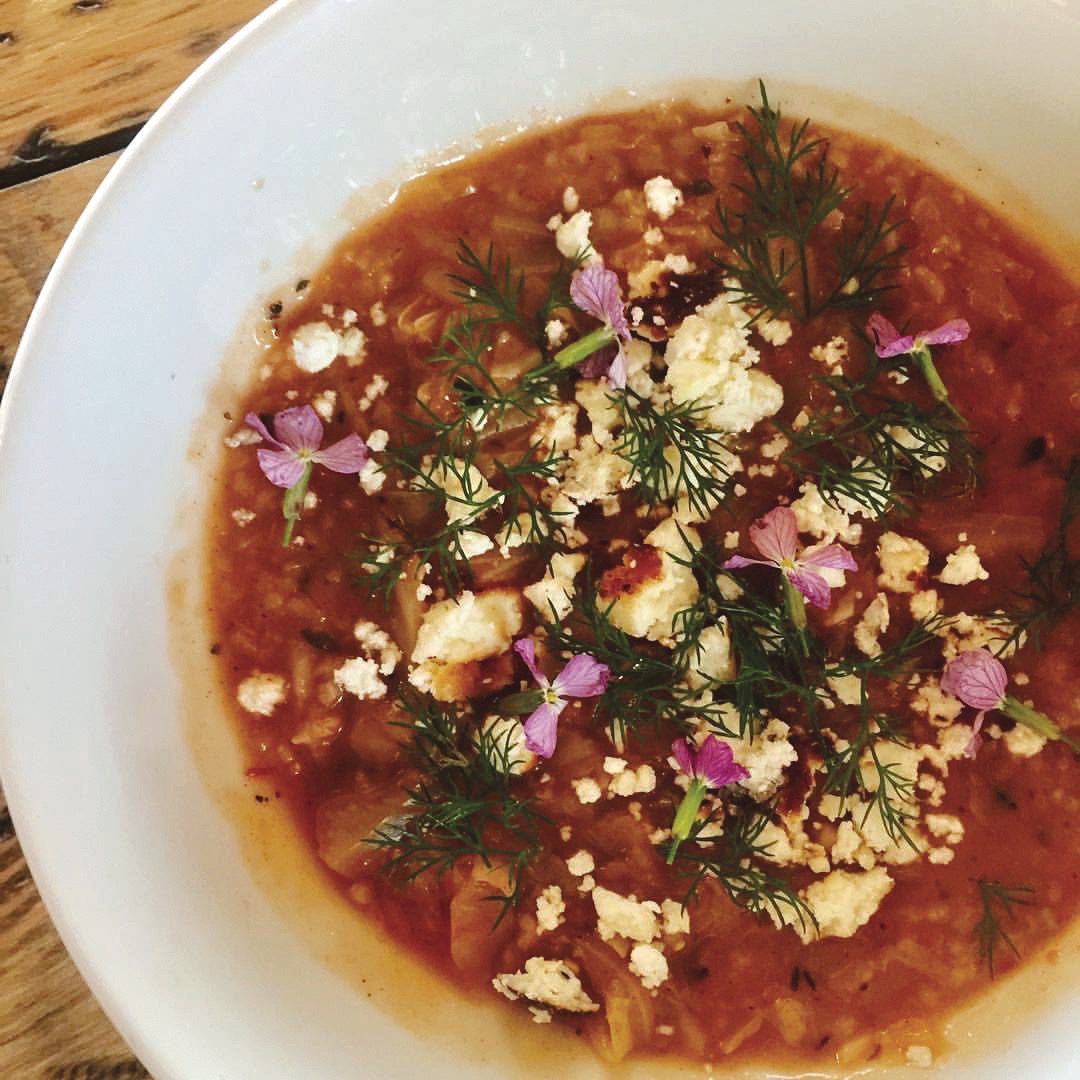 They’ve grown everything on location from edible flowers such as nasturtiums and chamomile and herbs of chives, mint, rosemary and oregano to kale, peas, arugula and peppers, all which ornament dishes and make for greens for salads and seasoning in sauces such as pesto. Picturesque plates of sweet potato gnocchi are dashed with blue borage and marigolds; rice bowls jump out in colors with purple and yellow Johnny Jump-Up flowers; cupcakes are dressed with violet lavender, marigold petals and fennel fronds. Each dish on the menu uses either garnishes from the garden or produce sourced from their own local New Earth Farm in Pungo, which is home to fruit, vegetables, herbs and hens.

When the stools are put up for the day at Commune and the chefs next door put on their aprons for the night shift, the effervescent Esoteric opens its doors to the company of epicures sipping on niche craft beer and savoring curated plates. The setting is simplistic and sleek, there’s marble on the bar, and the kitchen is framed by a splash of white tiles. When it’s warm, the windows are wide open catching a breeze and offering a peek onto patio dining illuminated by hanging lights. 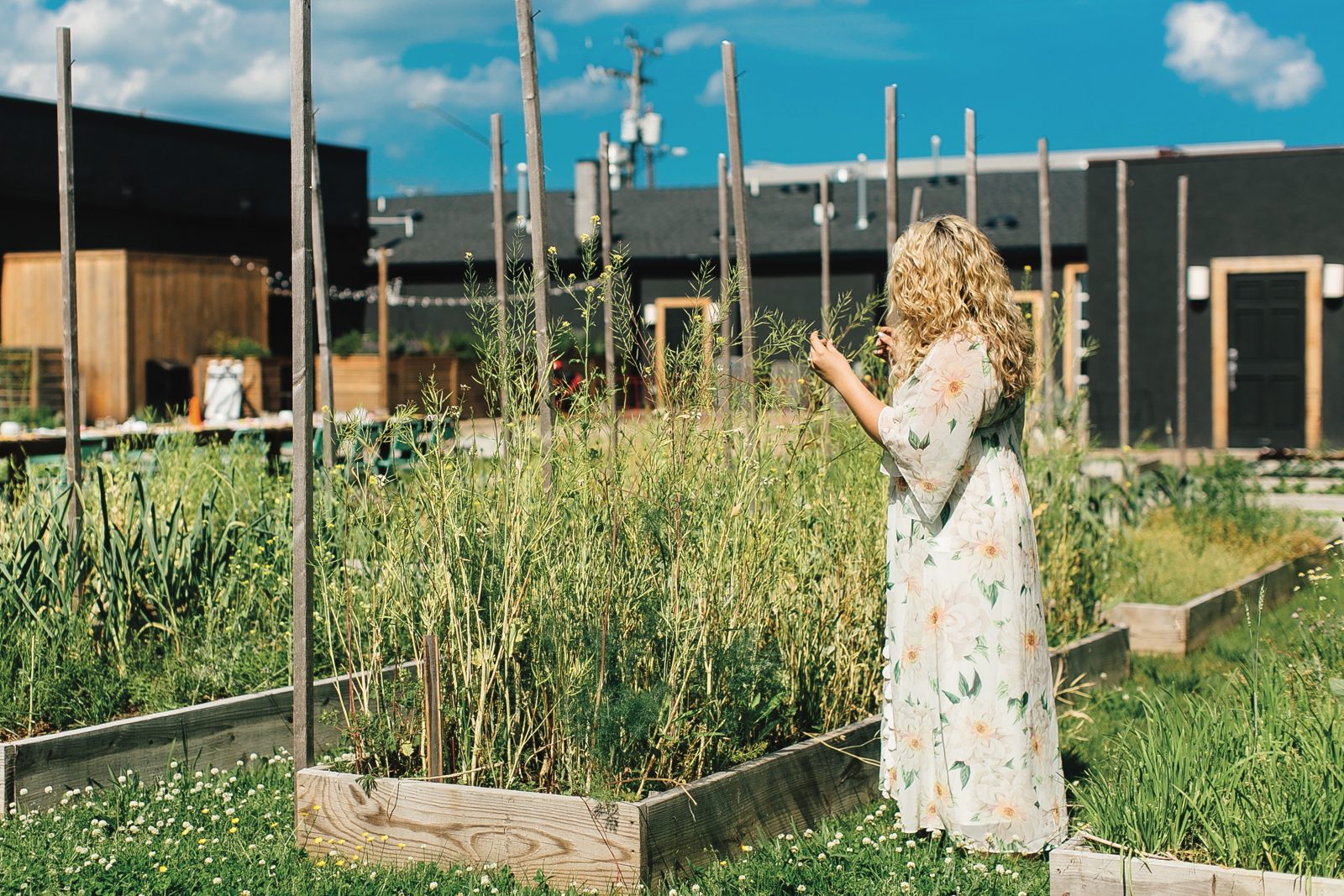 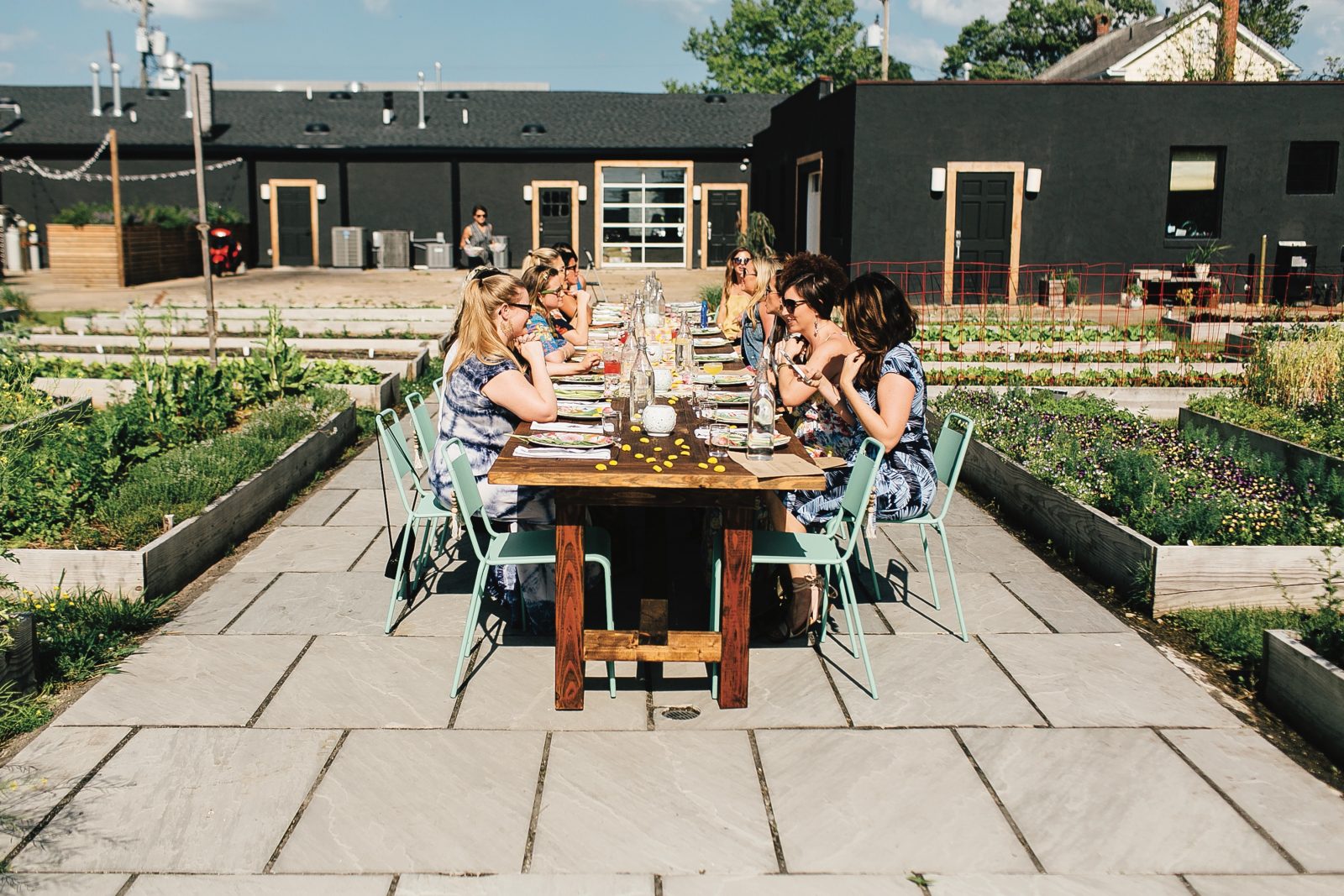 Tending to the garden, they’re planting seeds and preparing meals on a menu changing weekly with a seasonal selection. Spring brings the scent of sprouting herbs of cilantro, sage and basil. Sweet peas, kale, bok choy, mizuna and mustard greens are interpreted as stem salads or sautéed and complement entrees. Juicy strawberries and tiny blueberries are made into sweets such as cobblers and shortcakes. In the summer, with a little water and sunlight, heirloom and tiger stripe tomatoes, peppers, lemon basil, dill, garlic chives, green onions, turnips, carrots and asparagus all flourish. During the winter, you’ll find sweet potatoes, Brussels sprouts and leafy heads of cabbage in their perennial planters.

Chefs find the resourcefulness in what they grow year round to invent unexpected and splendid textures and tastes. Even the florals and botanicals are used for cocktails and vases of décor. The garden provides a positive environment, which translates to the pleasant taste in the food, and in turn reciprocates with the wellbeing of those that you surround yourself with at Commune and Esoteric.