Honored by Mayor Will Sessoms with the title of the official Easter Bunny of Virginia Beach, Lord Roland Watson Beldon Maxwell VIII, or Jr. for short, is as enormous in size as his name. With his storybook proportions and deemed the largest rabbit in America, at the age of 3, the gargantuan Jr. stands at 3 and 1/2 feet tall and weighs in at 25 pounds.

Jr. is a Continental Giant and the spokes-rabbit for The Bunny Hutch Boutique and CLIMATES Rescue, an exotic animal shelter and educational facility that takes in animals while alleviating overcrowding in city-funded shelters. He often makes visits with seniors and children with disabilities, while serving as ambassador for children’s literacy. “Whenever we have a positive message, it comes out of his voice,” shares Dr. Angela Maxwell, director of The Bunny Hutch.

Large breed rabbits, including Continental Giants, Flemish Giants and German Giants, were originally engineered for a food source after World War II, hence their colossal size. Each day, Jr. eats 6 pounds of Timothy hay, 32 cups of dark green cut vegetables and 4 to 6 cups of bunny kibble fortified with fruit and nuts because of his high caloric intake.

Jr.’s father, King Darius, who lives in England, is the world’s largest rabbit, weighing 52 pounds and reaching a length of 4 feet, 6 inches. He was named after Angela’s father, Maxwell VII. After Maxwell VII passed away, a representative of King Darius donated Jr. in support of Angela’s rescue group. This led her to open a location for the shelter. “People started dumping in Gaboon vipers, and I had an alligator in my garage,” she says. “That’s when The Bunny Hutch had to find a home.” 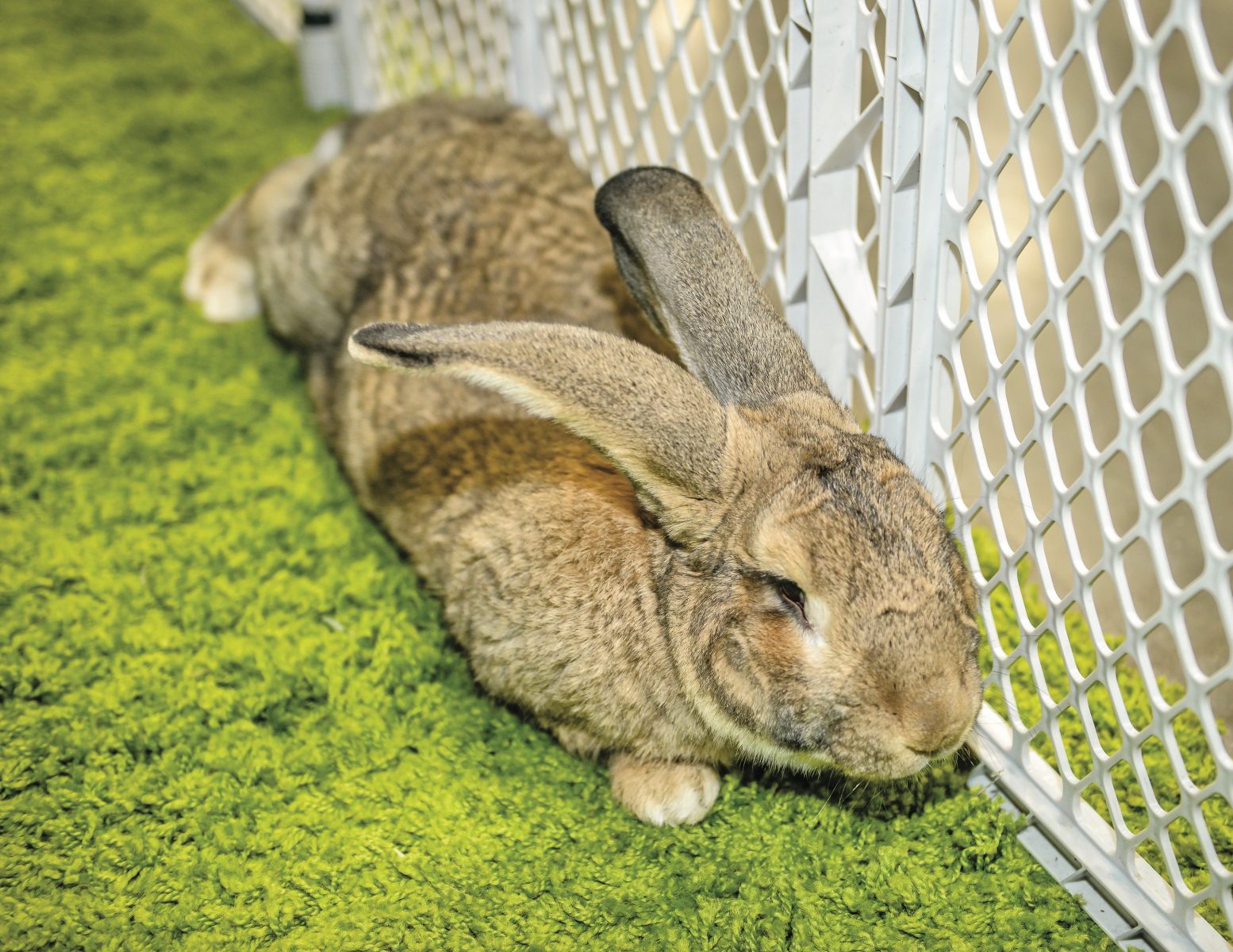 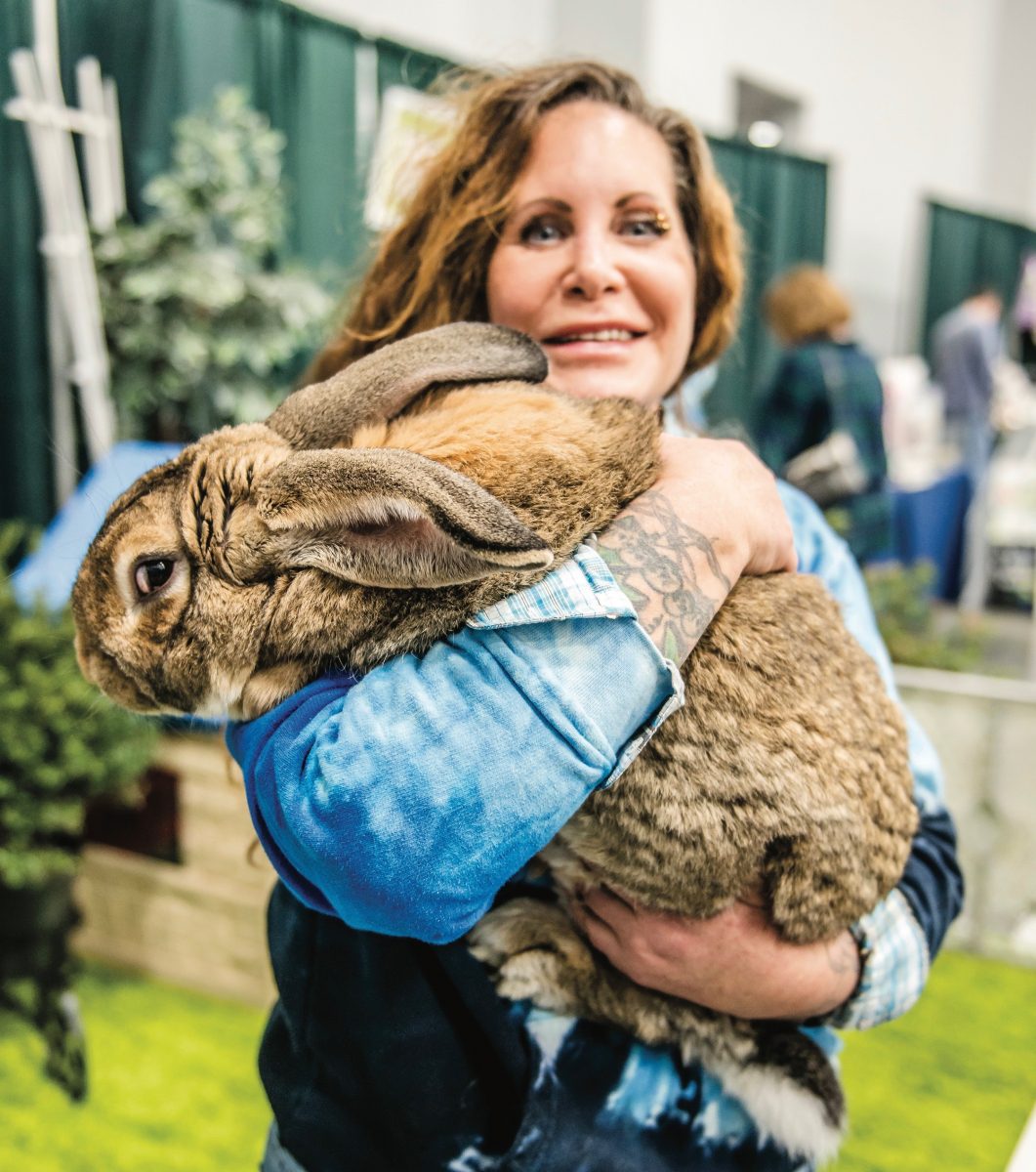 Jr. has played a pivotal part for The Bunny Hutch’s community outreach, resulting in his recognition as the official Easter Bunny of Virginia Beach. “They even let him hop around the mayor’s office.” Along with finding homes for adoptable animals, the Virginia Beach boutique has a Zookeeper for a Day program, welcoming visitors to learn more about the professional tasks involved in animal husbandry. “Pets are part of your life,” Angela says. “They’re family.”