After four centuries and thanks to a handful of pioneers whose perseverance literally planted the way, the wine business is booming in the Commonwealth 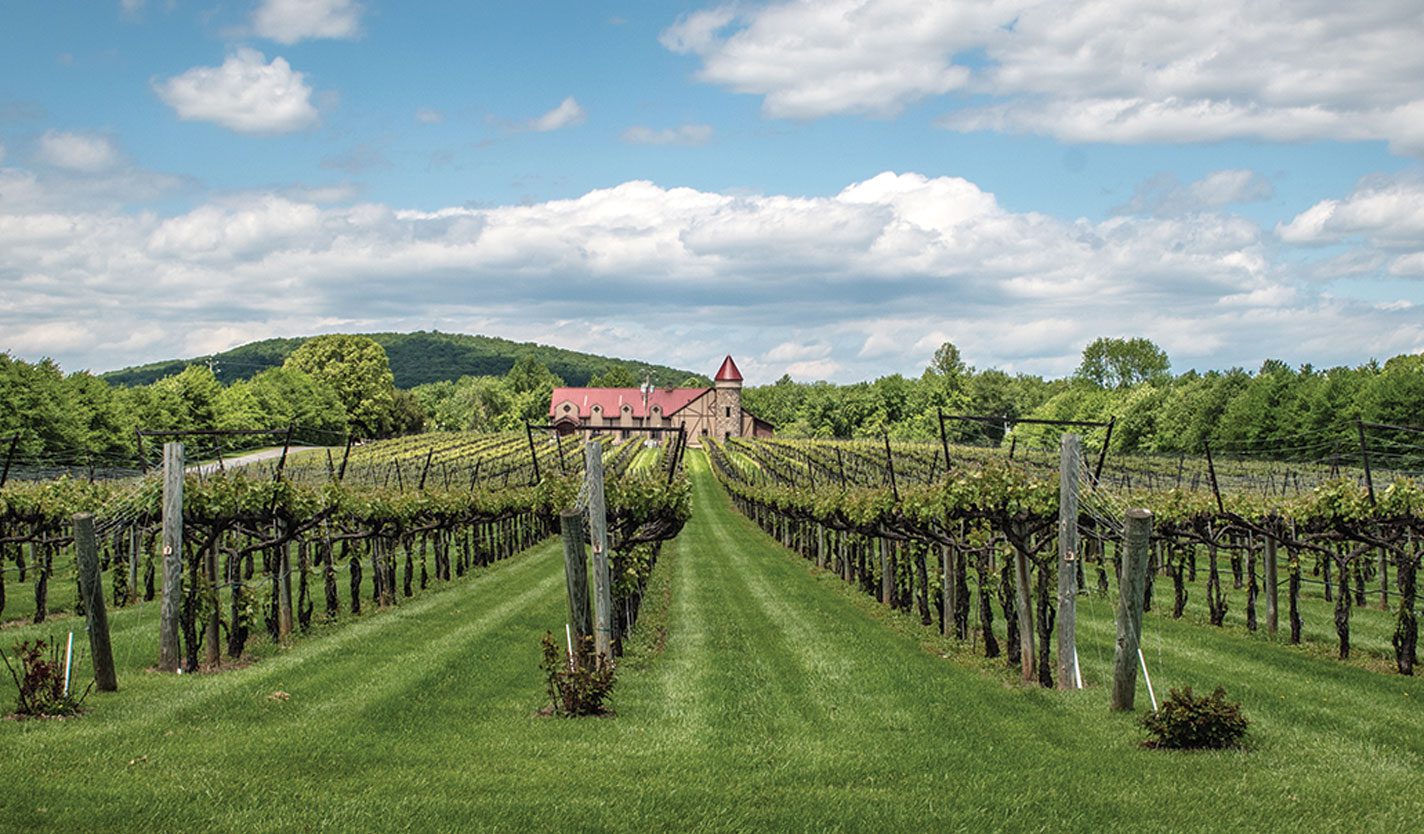 After 400 years of false starts and failures, Virginia wine has finally come into its own. It has become a $5 billion industry, based on a 2018 report by WineAmerica, the National Association of American Wineries. Bolstered by a tight-knit cadre of growers, winemakers, distributors and sellers and boasting more than 5,000 acres of grapes, the Commonwealth is home to more than 300 wineries in 10 regions across nine American Viticultural Areas.

And yet, based on a 2018 report from WineAmerica, Virginia ranked sixth in the U.S. for number of wineries per state, with well over two million gallons of wine made a year. And the Virginia Wine Board Marketing office places us fifth in terms of overall wine production as of 2021. What’s even more remarkable is that these numbers exploded only in the last few years.

The long and winding story of Virginia viticulture began in the early 1600s, when European settlers first landed on the shores of the New World. At first they attempted to cultivate native vines, but the pungent, foxy labrusca varietals produced poor-quality, often too-sweet wines.

They then turned to imported Old World vines. In fact, the 1619 state assembly passed an act requiring all Virginia colonists to plant “10 vines of imported vinifera grapes for the purpose of growing and making wine.” But with these, too, the colonists struggled, unaccustomed to the hot climate and spotty growing conditions. 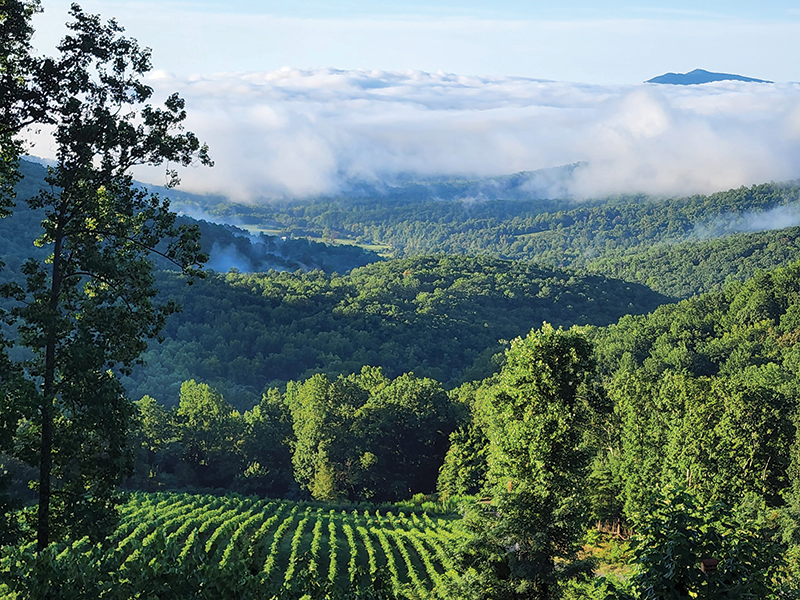 Around 200 years later, Thomas Jefferson, one of the first and greatest American oenophiles, established two vineyards in the south orchard of his Monticello estate. He even persuaded renowned Tuscan winemaker Filippo Mazzei to help cultivate his vines.

But despite all his best efforts, Jefferson famously failed time and again, unable to control the black rot and destructive aphid-like phylloxera that plagued his grapes. After decades of experimentation, he gave up on the endeavor. It wasn’t until the late 1970s that the Virginia wine industry began to truly take root.

One of the major pioneers was the Italian wine company Zonin, which in 1976 purchased Barboursville Vineyards, about 20 miles from Monticello. President Gianni Zonin brought winemaker Gabriele Rausse to Virginia from Vicenza, Italy, and together they overcame the inconsistent landscape and unpredictable weather to produce more than 100,000 vines by 1978.

After leaving Barboursville, Rausse went on to have his hand in over 100 different vineyards and wineries across Virginia. He currently operates Gabriele Rausse Winery in Charlottesville and is the Director of Gardens and Grounds at Monticello, where he worked with historians to successfully plant grapes on Jefferson’s south orchard.
Other Virginia wine pioneers include Lucie Morton, who planted one of the state’s first contemporary vineyards in 1973. An accomplished ampelographer, viticulturist, author and winery advisor, Morton won the Virginia Wineries Association Lifetime Achievement Award and continues to be one of the most influential figures in the industry.

With Morton’s help, fellow wine pioneer Felicia Warburg Rogan established Oakencroft Vineyard on her farm in Charlottesville in 1983. With Deborah Welsh as winemaker, it was the first totally women-run winery in the state and remained in operation until 2008. Rogan was instrumental in securing the Monticello AVA designation in 1984.

In the late 70s and early 80s, only a handful of these small farm wineries existed in Virginia. There was Meredyth Vineyards, the first farm in Virginia to grow, make and sell its own wine; Piedmont Vineyards, Virginia’s first commercial vinifera vineyard; Afton Mountain Vineyards; Linden Vineyards; Chateau Morrisette; and that was truly about it.

These early wine pioneers proved with each hard-earned vintage that viticulture in Virginia was no longer an impossible proposition. By the late 1980s and 1990s, inspired by their early successes, a new wave of entrepreneurs started to invest in the state. 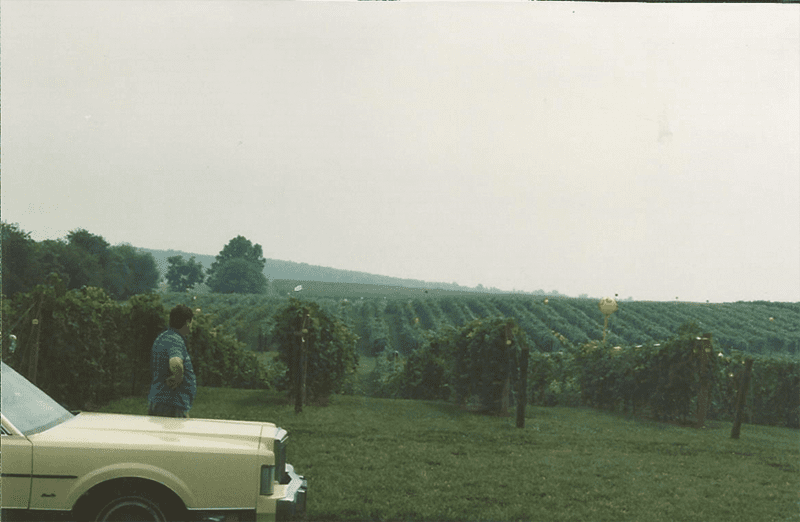 PLANTING PIONEER
The late Dennis Horton of Horton Vineyards put Virginia on the wine map by successfully growing the viognier varietal and was a champion of Virginia’s native Norton grape.

One such entrepreneur was the late Dennis Horton, who is known for shaping the unique and diverse mix of grape varietals that makes Virginia wine so exciting to this day. Horton realized that Virginia’s wet and humid growing conditions favored grapes with thicker skins and looser clusters.

His search for varieties that he felt would flourish in this climate took him to the Rhone valley in the south of France, where he discovered one in particular that he suspected would be perfect: Viognier. What excited him most was that this grape, which seemed so well suited to Virginia, happens to make some of the finest wines in the world.

So, in 1989, Dennis and his wife, Sharon, planted the first crop of viognier grapes in Virginia. Horton Vineyards’ 1993 vintage—their second ever—achieved such acclaim with California winemakers that the varietal was adopted all around the state and in time it was named Virginia’s signature grape. Suddenly, with viognier’s success, Virginia wine was on the map.

The Hortons also planted the Virginia native grape, Norton. In the 1830s, the varietal became popular throughout the Midwest and was adopted as the official grape of Missouri, Dennis Horton’s home state. He was intrigued with the idea of reviving this historic grape in Virginia, where it was first developed.

By 1994, Horton was planting varietals from Bordeaux along with grapes like pinotage from South Africa, rkatsiteli from Georgia, and albariño from Spain. He proved that lesser-known varietals from all over the world could produce beautiful results in Virginia’s climate. Following this lead, Virginia winemakers have embraced rarer varietals like petit manseng and tannat as well as hybrids like vidal blanc and chambourcin.

Similarly, Luca Paschina—Barboursville’s winemaker since 1991 and another celebrated innovator of Virginia wine—championed the cabarnet franc varietal early on, insisting that it was the ideal grape for the region’s terroir. Today, it is the most planted grape in the state and one of Virginia’s most notable reds.

Nevertheless, Paschina—who came to Virginia’s Piedmont from Piemonte, Italy, where his father worked with Nebbiolo and Barbera winegrowers—bases his wines on traditional European grapes like merlot and petit verdot. This Jeffersonian outlook remains pervasive in Virginia wine, where Bordeaux-style red blends, like Barboursville Octagon, are among the most treasured of bottles.

Another defining feature of Virginia wine is its distinct expression of familiar grapes like chardonnay and cabernet sauvignon. Located halfway between Europe and California, Virginian versions of these wines are 100% site-specific.

Excellent examples include Ankida Ridge’s stunning pinot noir, which is miraculously successful at their vineyard’s elevation, but nearly nowhere else in Virginia; and Michael Shaps’ chardonnay, which brings a traditional French approach (the same techniques he uses at his Burgundy winery) to 100% local fruit grown in five-acre Wild Meadow Vineyard.

Though Virginia wine has grown leaps and bounds in its 400-year history, every bottle is a triumph against the odds. Winemakers have battled fickle weather patterns and heavy humidity; tricky terrain; fungal pathogens like ripe rot and powdery mildew; devastating spotted lanternfly infestations; and catastrophic hurricane seasons in order to get their wine on the table.

So, in every bottle is a story of success, a sense of place, and a celebration of Virginia wine’s past, present, and future. Which is certainly something worth raising a glass to.