After Nearly 30 Years as Music Director of the Virginia Symphony, JoAnn Falletta is Moving On—and Leaving Behind Her a Legacy of Incalculable Value

In 1991, when JoAnn Falletta landed in Norfolk for the first time, she momentarily thought she’d taken the wrong plane. “I saw a sign that said, ‘Welcome to Hampton Roads,’” she recalled during a recent conversation, “and I thought, WAIT! What am I doing in Hampton Roads? I’m supposed to be going to Norfolk, Virginia.”

Falletta had never visited Coastal Virginia before and knew little about it. The New York City native and Juilliard-trained conductor was here to audition for the position of music director of the Virginia Symphony Orchestra.

It wasn’t long, however, before she felt very much at home.

“It was a wonderful week,” she told me recently. “The community was lovely, the board was very welcoming and the musicians were superb. They obviously wanted to excel. You would think that would be true of every orchestra, but it’s not, really. Here it was clear that they wanted to build the orchestra into something better than it was, and they were hungry for someone who would help them do that.

“I knew it would be a big step for me,” she added, “because it would be the first time I’d be working with a fulltime orchestra. That meant that musicians had moved here for their jobs, and the music director was in a sense responsible for their lives. If the orchestra didn’t work well, their families would be at risk.”

To say that she was up to the task would be an understatement. Over the last three decades, Falletta has transformed the Virginia Symphony from a group of talented musicians with a lot of potential into a first-class orchestra. 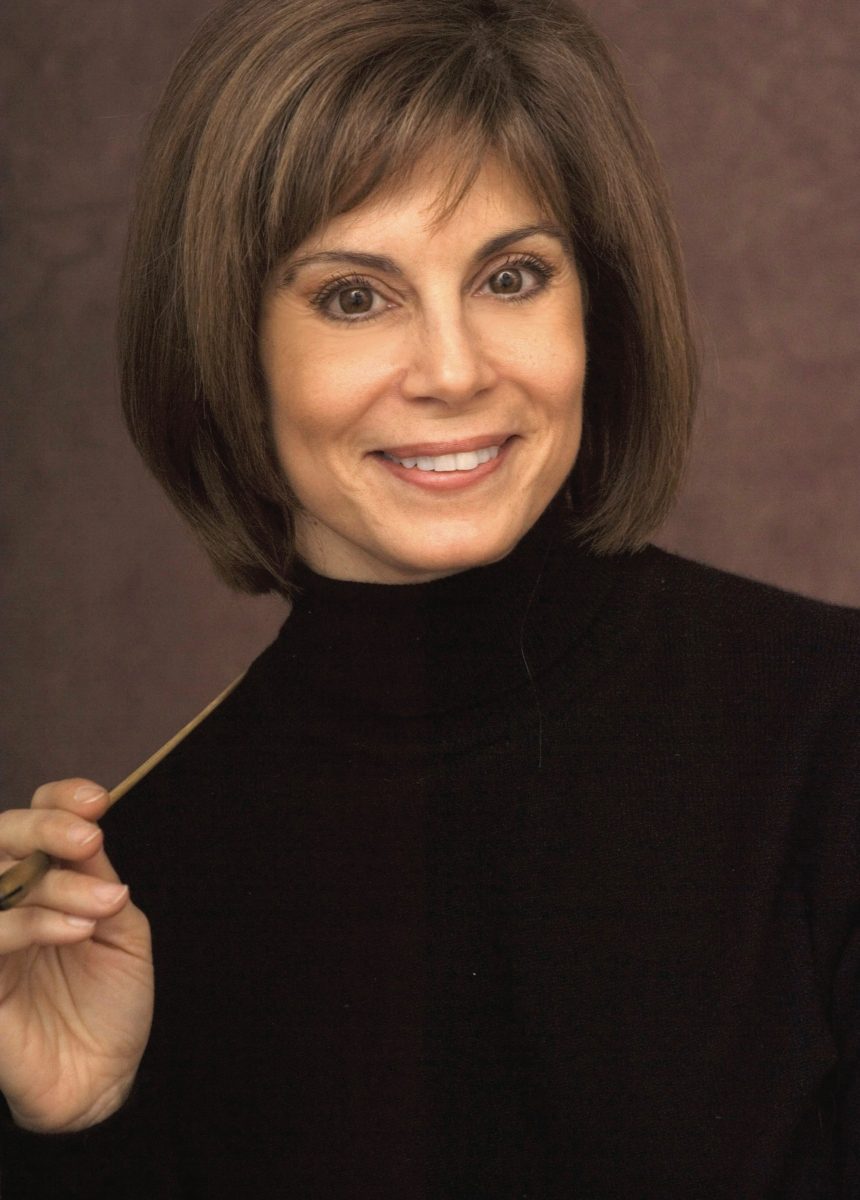 Now, as she prepares to step down at the end of next season, the significance of that achievement is all the more striking.

“The orchestra has grown tremendously during the time she’s been here,” said concertmaster Vahn Armstrong, who joined two years after Falletta arrived. “There’s only a small percentage of people left that she did not hire, so she really has put the orchestra together, quite literally.”

In the process, she’s also made her mark in a career that has traditionally been dominated by men. When Falletta entered Mannes College of Music in 1972, she did so as a classical guitar student. She also had a strong interest in conducting, but when she expressed that interest to her teachers, they had reservations—not because they didn’t recognize her talent but because of her gender.

“They were very nice but concerned,” Falletta recalled. “They said that no woman at this point has had a successful career in conducting, and they didn’t know if it was possible.” 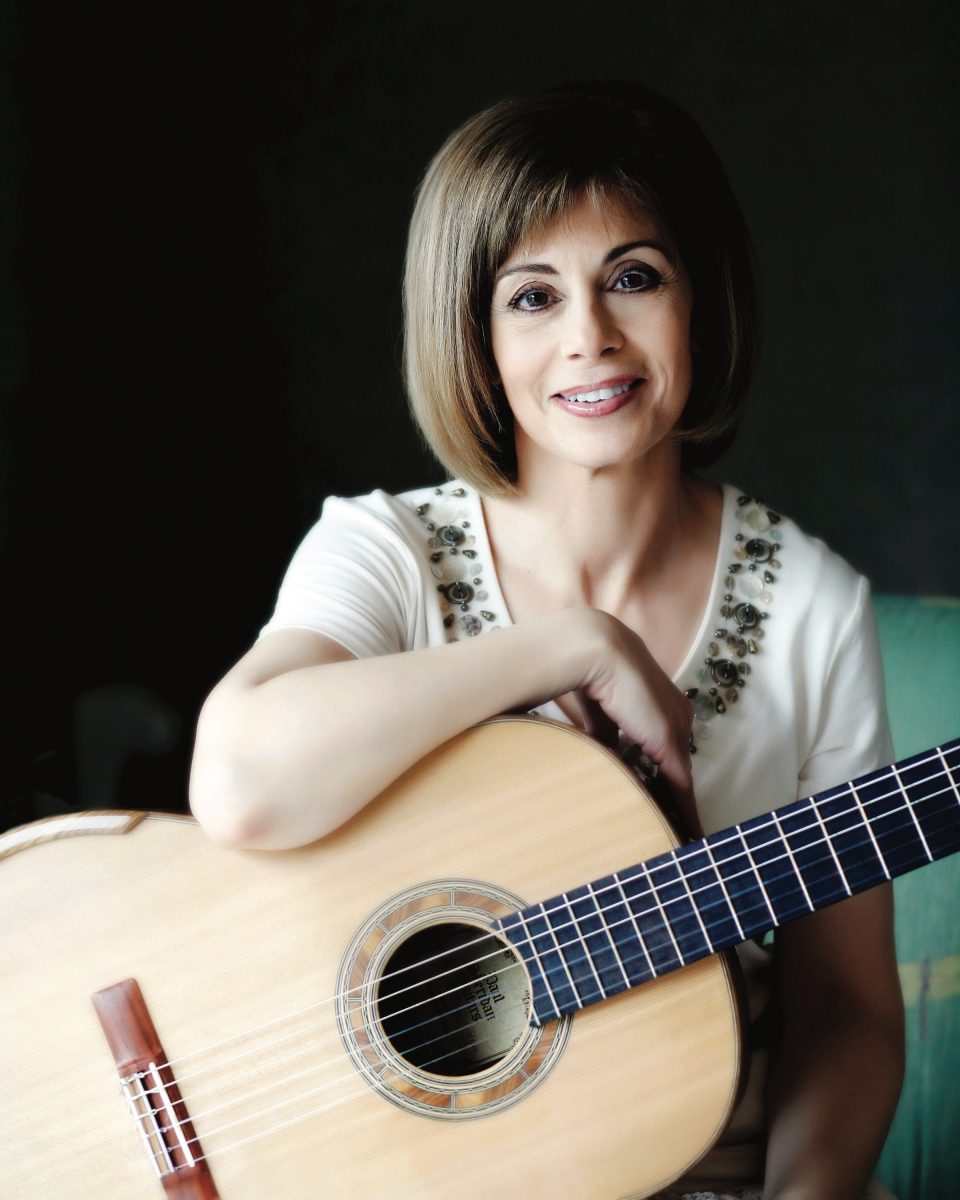 Falletta was undaunted and went on after Mannes to study at Juilliard with some stellar teachers, including Leonard Bernstein. Throughout the ’80s she served as music director for several orchestras, including the Long Beach Symphony. It was during her tenure there that she landed the Virginia Symphony audition, and when she told a friend, he expressed surprise that an ensemble in a state as conservative as Virginia would even consider a woman.

When she arrived, however, she did not detect any resistance.

“I’m sure there were some people who were skeptical or maybe even shocked,” she said, “but I wasn’t aware of that. Certainly I never felt that from the orchestra members.”

Within a few years, under Falletta’s direction, the quality of the orchestra improved dramatically—so much so that in 1997, they decided they were ready for Carnegie Hall.

“At first I thought the idea was absurd,” Falletta said, “because it would be so expensive. But Dan Hart, the executive director at the time, had done it with the Baton Rouge Symphony, so he had the experience in logistics.”

By chance, the Philadelphia Orchestra—long regarded as one of the finest in the world—performed at Carnegie the night before the Virginia Symphony was scheduled to take the stage.

“The musicians were terrified,” Falletta recalled. “Most of them had never performed there, and then to have to follow the Philadelphia Orchestra! To make matters worse, Philadelphia received a bad review in the next day’s paper. Our musicians were saying, ‘What are we doing here?!’

“I just told them, ‘We’re going to do what we’re ready to do.’ And as it turned out, the playing was extraordinary. I have no idea how we played on that level that night. I know they were nervous, but somehow they were able to harness the nervousness into this amazing musicianship. I’ve done a lot of concerts but nothing like that. There was a kind of magic.”

It was a moment of great pride, not only for Falletta and the musicians but for the region as a whole. Falletta noted that all of the local mayors attended the concert. That, in turn, translated into a lot more support for the Symphony back home.

One concert, even at the most famous hall in the world, can only take you so far, of course. Symphony orchestras in the United States, where there is little government support for the arts, must struggle constantly for funding. And in that area, too, Falletta has played a major role.

“She’s been a great fundraiser because she’s so charismatic,” said Rob Cross, executive director of the Virginia Arts Festival and principal percussionist with the Symphony. “She’s the kind of person who, when she’s talking to you, makes you feel as if you’re the most important person in the world. And it’s completely sincere. Something I’ve always admired about her and have tried to emulate is that after a tough week, she’ll still always take the time to greet people backstage with such warmth.”

That warmth is felt among the orchestra members as well.

“It really is a family,” Falletta said.

The sense of family was especially important to her when tragedy struck in October 2003: Falletta received word that her mother had been hit by a car and killed.

“The orchestra members were there for me,” she recalled with tears in her eyes. “They didn’t have to say anything. Just as with any other family, it was their quiet presence that mattered. But it’s not just that moment that stands out. They’ve been there for each other too. I remember one time when a member of the orchestra was going through a difficult time, and the other members took turns bringing food over to his house. They didn’t make a fuss about it. They just did it, night after night.

The sense of family will no doubt remain strong after Falletta leaves. Still, it’s clear that her personal qualities—her quiet confidence and artistic discipline tempered by deep humility and kindness—went a long way toward cultivating these bonds of affection.

And this is what will be so hard to replace—not just her artistic brilliance but her radiant presence at the helm, both as the leader of the musicians and the face of the orchestra in the community.

“There was a time when we thought, boy if she left the whole thing would fall apart,” said Armstrong. “But I think people feel that the orchestra is now in a good place to find a new leader.”

Falletta gave that careful consideration before announcing her departure.

“I’d been thinking about it for a while,” she said. “For one thing, I’m doing a lot more work in Europe, and I’ve been feeling that I just can’t give the Virginia Symphony the time it deserves. It was one thing when I was just traveling back and forth between here and Buffalo (Falletta is also music director of the Buffalo Philharmonic). But this orchestra deserves someone who can give them their undivided attention.”

In spite of being spread thin—Falletta recently traveled to Europe six times in two months—she was determined to make a gradual transition.

“I didn’t want to leave the orchestra without artistic leadership for any period of time,” she said. “That led to my decision to make this—the 2018-2019 season—my last full year but to stay on till next year, when I’ll be conducting four concerts, while the rest will be led by candidates for the music director position.”

This made all the more sense, she said, because in 2020, the Virginia Symphony will celebrate its 100th birthday.

“It’s a big milestone,” she said. “There aren’t too many orchestras in the country that are 100 years old. The Virginia Symphony deserves to go into a new century with new leadership. What that will look like I don’t know. Maybe someone who will introduce more crossover music, more world music or will have new ideas about how to bring new audiences to the classics.”

Over the years Falletta has refreshed the repertoire herself by programming new music alongside the beloved classics of Beethoven, Mozart and other titans of the Western European classical tradition. That said, she remains keenly aware that she was taught by European immigrants, and while she values that education profoundly, she notes that younger conductors today have different kinds of training.

With that in mind, it is perhaps symbolic that her final concert on May 17, 2020, will feature Beethoven’s Fifth Piano Concerto (the “Emperor”) and the monumental Ninth Symphony, with its transcendent choral movement, commonly known as “Ode to Joy.”

The selection of Beethoven’s Ninth is fitting because it ends on such a triumphant note—and because it will be an occasion to reflect on the countless hours of joy that Falletta has brought to concertgoers over the last 30 years here. At the same time, it is somewhat ironic because so many people will be sad to see her step down. One thing is certain. When the orchestra strikes that final chord and her baton comes to a rest, there won’t be a dry eye in the house.

The good news is that Falletta and her husband, Robert Alemany, don’t plan to give up their Norfolk condo.

“I love Norfolk,” she said. “I can’t imagine a more livable city. When I’m not working, I’ll definitely be in the Symphony audience and will continue to help the organization however I can.”