An overnight kayaking journey to Assateague Island offers a secluded world of waves, wind, waterfowl and, of course, ponies

Another spatter of salty bay water hit me in the face as I paddled against the unrelenting 15 mph wind. If the Assateague Island ponies munching on grass less than 100 feet away had bothered to notice me, they probably would have thought, “Just another one of those human kayakers out enjoying a day on the water.”

But at that moment, this particular human and his nine friends were enduring, not enjoying, the day. About two minutes after launching our canoes and kayaks from the Bayside Drive launching spot, we knew we were in for it as the stiff wind hit us. We were headed for a backcountry campsite 5 miles down Assateague Island, and it was looking like a long and damp paddle.

Assateague is a 37-mile-long island section of the skinny barrier island chain tracing the Mid-Atlantic Coast in fits and starts. Separated from the mainland by Chincoteague Bay, Assateague Island is a secluded world of waves, wind and waterfowl. And, of course, ponies. Hundreds of them. 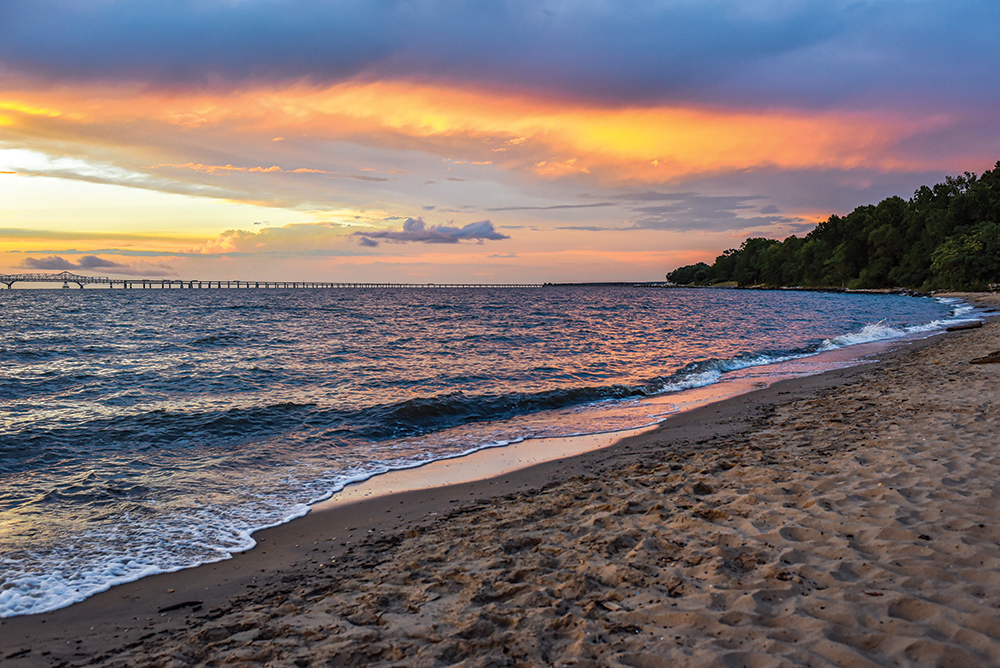 Virginia and Maryland share the island, and each state has a single point of access via a bridge. The nomenclature, however, can be a little confusing at first. In Virginia, access to Assateague Island is via the pleasing town of Chincoteague, but the actual island section is called Chincoteague National Wildlife Refuge.

As for Maryland, the labeling is a little more straightforward. The Route 611 bridge over the bay leads you to Assateague Island National Seashore. But, take care not to confuse the National Seashore section with Maryland’s separate Assateague State Park located on the far northern tip of the island.

Whatever jurisdiction you find yourself under, Assateague Island consistently presents a wild feeling as you ascend the modest sand dunes and suddenly the silvery Atlantic Ocean is filling your gaze, with seagulls and sandpipers whirling around you, civilization seeming to have disappeared.

You’ll find visitors surf fishing, hiking, bird watching and even crabbing. If you really want to get away from it all, both sections offer Overs Sand Vehicle permits for driving in designated areas along the beach.

The Virginia section is a delightful day trip from the town of Chincoteague with easy beach access and numerous biking and hiking trails. After an easy day of riding bikes along the Wildlife Loop, bird watching and hiking, you could enjoy dinner at Chincoteague mainstay Bill’s Prime Seafood & Steaks. Spending the night, visitors can walk to most places in town and enjoy the waterfront bayside views.

But if you want to spend the night on Assateague Island itself, you’ll be doing it in the Maryland section, which permits overnight camping. With reservations required between March and November, visitors can pull up a car or camper or even travel via horseback (bring your own horse) to various campsite locations. If you like the idea of pitching a tent near the ocean and falling asleep to the waves, this is your place.

In addition to the drive-in sites, Assateague has four backcountry camping sites for those who want to backpack in or, in our case, paddle—which brings us back to that wind and salt spray.

After nearly 4 hours of hard paddling, we could finally pull our watercraft out at the Pine Tree backcountry camping site. “I think that was the hardest paddle of my life,” observed our leader, Jeff, an experienced backcountry canoer. He paused. “Except maybe into heavy wind at the Boundary Waters Wilderness in Minnesota, and my front paddler was 8 years old.”

Among the trees and out of the wind, we pitched tents and started a small fire. Smells of hot food wafting, now warm and dry, memories of the hard paddle were already fading. We relaxed and enjoyed the colorful sunset over the bay and feeling the Assateague wildness, water and wildlife unchanged for hundreds of years. 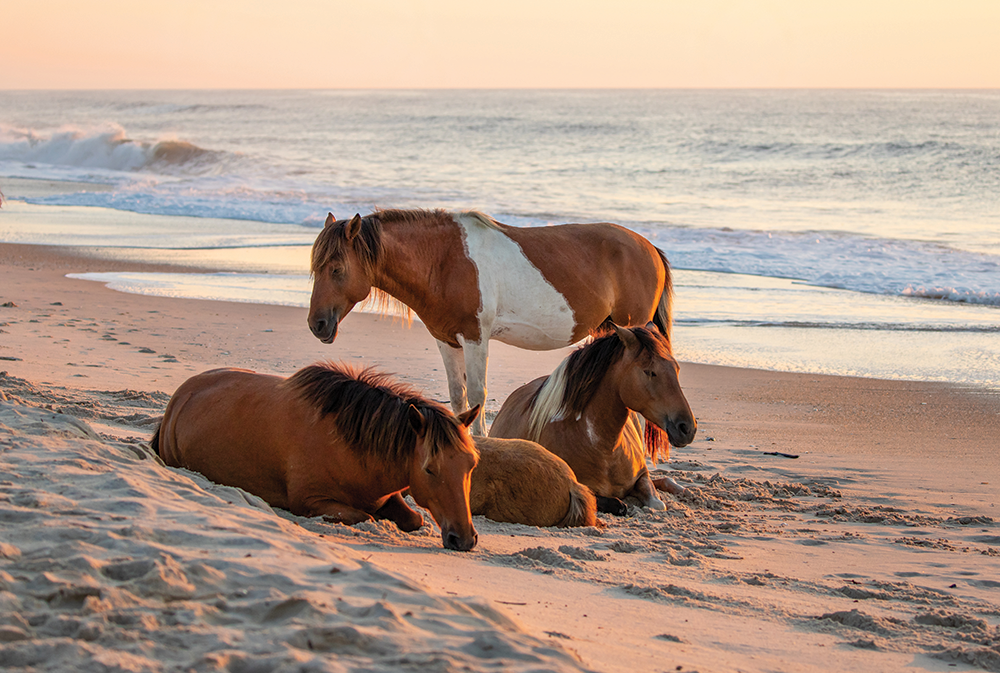 Although we witnessed no ponies in our campsite that night, the next morning we saw trampled grass and droppings not far away from the tents. After breakfast, we strolled over the dunes to watch the Atlantic Ocean waves pound the sand, not another person in sight as far as we could see.

Later, we reluctantly packed up, loaded the canoes and kayaks, and headed back. The wind was still blowing, but this time at our backs. We delighted in the push, taking only 1½ hours to do what took nearly 4 the day before. As before, we saw plenty of ponies, still placidly munching on grass. Unlike the ponies, we were just guests, heading back home, but already planning a return next year.

Assateague Island National Seashore and Chincoteague National Wildlife Refuge
Cost is $25 per vehicle, no fee if entering by foot or bicycle. Pro tip: An $80 annual pass gets you into all U.S. National Parks sites. Reservations are required for camping between March 15 and November 15, $30 a night per site. Backcountry camping requires a permit, registration in person at the ranger station, first come, first serve, $10 per person. Canoe, kayak and bicycle rentals also available. NPS.gov, FWS.gov

Mark your calendars* for these upcoming fall and winter events on Virginia’s Eastern Shore.