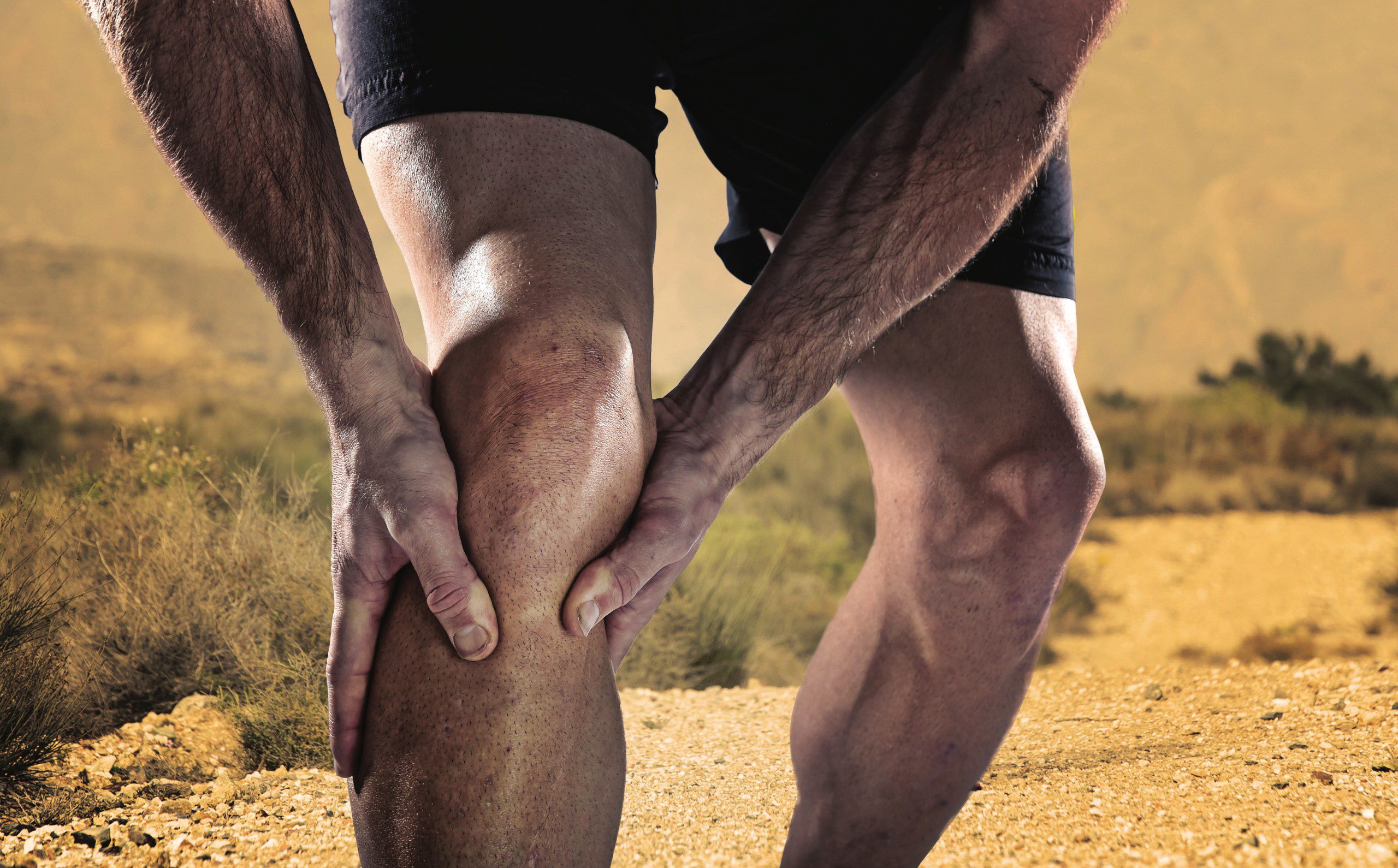 The human body is much like a machine in many ways. It needs fuel to run. It needs fluids for cooling. And occasionally, some of the moving parts wear out and need fixing or replacing.

As the largest joint in your body, your knees take on a tremendous amount of stress on a regular basis. So, it’s no wonder that knee surgery is one of the most common procedures done by orthopedic surgeons. The good news for those who experience severe knee pain due to inflammation (arthritis), injury or degenerative conditions, is that surgery offers exceptional success for a majority of patients.

Anthony Sam had service-connected issues with his knees from his time in the Navy. The pain got so bad he eventually had to retire from his position with the Department of Defense at Norfolk Naval Shipyard. “My knees got to the point where I couldn’t do my job anymore,” he says. “It wasn’t like I couldn’t walk, but it was a struggle to get around. Within four months of the surgery, I’m not going to say I was doing everything I could do before, but I was able to get my life back in order. I could take my walks and cut my grass, and that’s pretty much all I was looking to do. Now I’m pain-free, and I don’t have any issues.” Sam doesn’t have any plans to climb Mount Everest any time soon, but he says he might try a Mayan temple someday.

David Coes also had service-connected issues with both knees and has since had both replaced. He has been practicing martial arts for 46 years and was a world champion in karate and taekwondo before joining Special Forces for nine years and eventually becoming an FBI agent. “The first time I tried jogging after surgery as a warmup for a jujitsu class I’m taking, I was a little nervous about it, but I was amazed at how I felt. I feel like the bionic man now. For the first time since I was 16, I’m completely pain-free in the knee I had replaced last year, and I should be pain-free in the other soon. When you’ve been involved in stuff like I’ve done, pain is just always part of the equation. It’s just super incredible to not have that anymore, and I’m pleased with the way my body has taken to the surgeries.”

Dr. Boyd Haynes at the Orthopaedic & Spine Center in Newport News wants people to know that if they are suffering from knee pain, full knee replacement isn’t always necessary. “Some people only have partial arthritis of the knee,” he says. “They may only have a problem with the inside or medial side of the knee. They may only be experiencing pain in the outside or lateral side. Or it might just be a kneecap (patella) issue. So, we can just replace what’s wrong and leave everything else alone. Not everyone is a candidate for partial replacement surgery, but for those who may be selected, it’s a less invasive operation, which provides a quicker recovery, less swelling and fewer complications. A lot of people don’t know this is even an option, but we’ve been doing it for two decades.”

No matter which surgery you need, Dr. Haynes stresses that the key to recovery is to start moving again, even on the day of the surgery. “The reward is in the rehab,” he says. “The number one problem after knee replacement surgery is that people don’t get full range of motion of the knee. So, I tell everyone that as soon as your surgery is over, the gate is open. Start to run your rehabilitation race. Start to make it happen. The slow and steady rehab wins this one.”

Dr. John Sloboda, an Orthopedic Surgeon with Riverside Medical Group in Newport News, agrees. “The primary medical benefit of movement right after knee replacement surgery is that it decreases the chance of a blood clot or deep vein thrombosis (DVT),” he says. “A secondary benefit is, the shorter the period of immobilization, the quicker the recovery overall.”

In addition to using a multi-modal approach to pain management before, during and after hip and knee replacement surgery, Dr. Sloboda points out that positive thinking has also been proven to improve recovery. “Medical research has shown that mental outlook has a bearing on healing, which is why we’ve switched from a ‘sick patient’ mentality to a ‘well patient’ mentality,” he says. “In other words, you were walking and talking and eating on your own yesterday. Why wouldn’t you be able to do all those things today just because you had major surgery? For the patient, that really helps them dwell less on the pain and how long they are going to be out of commission, and focus more on getting better and having a positive outlook rather than, ‘I’m sick because I had surgery’ attitude. Mental outlook has a big impact on healing.”