Left Side: Qualifications for Presidency

Our Greatest Presidents have Shared Many Common Qualities—but One Above All: the Desire to Unify Rather than Divide 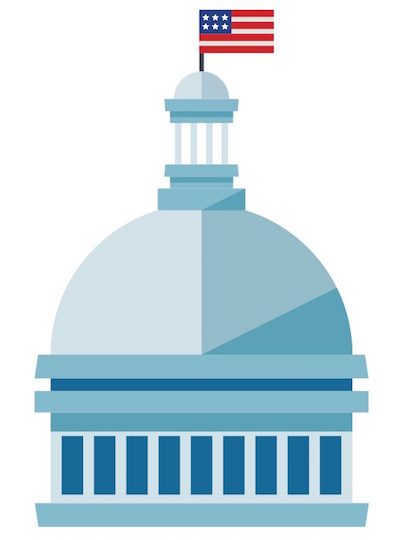 The Constitution of the United States spells out only two requirements for anyone wishing to become president: the person must be a “natural-born citizen” and must be at least 35 years old.

It is to the credit of the document’s authors that they didn’t list more. By keeping the requirements to a bare minimum, they granted each succeeding generation the freedom to determine all of the other qualifications that a president should have.

And what exactly are those qualifications?

The question was widely debated earlier this year after Oprah Winfrey delivered her powerful #MeToo speech at the Golden Globe Awards. Many people—women, especially—were so moved by the address that they sparked a viral social-media campaign, urging her to run for the highest office in the land.

Winfrey certainly has one of the most important qualifications: an ability to communicate—with power and eloquence—a unifying vision for the nation. All of our greatest presidents are remembered for this. Abraham Lincoln—generally ranked by historians as the best we’ve ever had—is a stellar example.

“We are not enemies, but friends,” he said in his First Inaugural Address. “We must not be enemies. Though passion may have strained it must not break our bonds of affection. The mystic chords of memory, stretching from every battlefield and patriot grave to every living heart and hearthstone all over this broad land, will yet swell the chorus of the Union, when again touched, as surely they will be, by the better angels of our nature.”

Other great presidents are similarly remembered: FDR, for example, for both his ringing oratory and reassuring “fireside chats,” and JFK for his most famous line, “Ask not what your country can do for you; ask what you can do for your country.”

The contrast between those ringing lines and Trump’s rhetoric is striking. Throughout both the campaign and his first year-and-a-half as president, he has not only traded in vulgarities rather than eloquence; he has done so with the clear intention of demonizing his opponents.

History tells us that our greatest presidents have shared another important qualification: the ability not only to take criticism but to actually seek it out. Again, Lincoln serves as the best example. Many historians agree that his single greatest quality was his willingness to surround himself with people who were often at odds with him in order to think through complex problems with tough-mindedness.

And what about background?

This may be the timeliest question of all, since much of Trump’s popularity rested on the fact that he wasn’t a career politician. He was a businessman—and in this country, businessmen have always garnered far more respect than politicians. (Think of Calvin Coolidge’s famous line, “The business of America is business.”) The trouble is, business acumen does not always translate into presidential greatness—and may even be a detriment. It’s worth remembering that Herbert Hoover, for example, was elected in large part on the strength of his success in the private sector—and look where that got us.

The point is this: Running a corporation and leading the country are two very different jobs. For one thing, a corporate executive is responsible only to his stockholders. A president is—or should be—responsible to every citizen of the United States.

People who favor business executives over politicians fail to see this distinction—and another one as well. Career public servants at the highest levels are well versed in the particulars of domestic and foreign affairs. This is why many people believed that Hillary Clinton was one of the most qualified people ever to run for the office. There is, arguably, nobody else in the land more knowledgeable about domestic and foreign affairs, not to mention the inner workings of Washington. I don’t think she would have been a great president. But given her experience, I think she would have been a good one. We will do future generations a grave disservice if we elect yet another president who lacks that experience.

Yet another important qualification is being well-versed in history—for as William Faulkner famously said, “The past isn’t dead; it isn’t even past.” The truth of that statement is self-evident when we consider, for example, the legacies of slavery and Jim Crow that continue to affect our social fabric. The trouble is, much of white America is in denial about this, which explains why Obama’s opponents accused him of being racially divisive. Simply shining a light on the reality of racism was regarded by some as stirring up trouble. But here’s the thing: When you have cancer, you don’t cure it by ignoring it and hoping it will go away—you cure it by confronting it. The same is true of a nation and its ills, and it is up to the president to encourage us to acknowledge both the sins of our past and the flaws of the present, while emphasizing that the conception of a United States of America was the greatest idea in the history of civilization.

A great president will remind us, in other words, not that we can be great again, but that ours is a story of a steady, if stumbling, march toward the goal of equality and social justice. This country has never been as great as it could be. History makes that clear. But that story of progress indicates that it can be if we work together under the leadership of a president who at least tries to unify the country with a vision of greatness—a vision of reaching for the stars, as Kennedy did both literally and figuratively, rather than one of a nation under siege. There is a world of difference, after all, between promising to land an American on the moon and promising to build a border wall.

Since I began by mentioning Oprah Winfrey, let me return to her: I would question her qualifications of president, should she decide to run. The same goes for any other celebrity who might decide to throw his or her hat in the ring. I do think that experience in government is important. But above all, it’s important that our next president appeal to “the better angels of our nature,” rather than our basest fears.