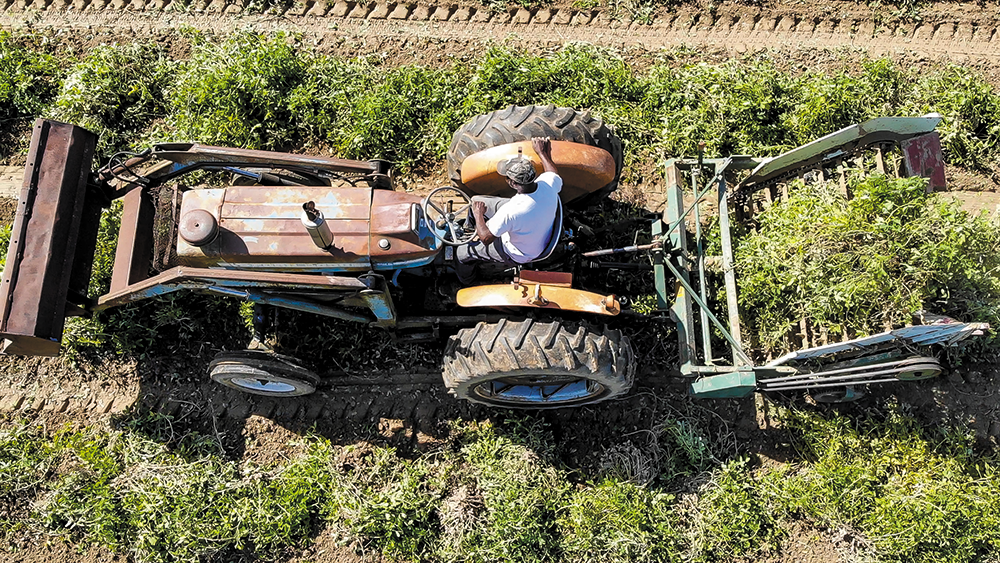 I had no time to accept another writing assignment. Deadlines loomed, social obligations tugged. Then I heard about fourth-generation, Southampton County farmer Elisha Barnes. He shuns mechanized efficiencies for his forbearers’ agrarian ways, making fellow farmers laugh and scratch their heads.

His offbeat story was irresistible. So, too, the peanuts he produces. 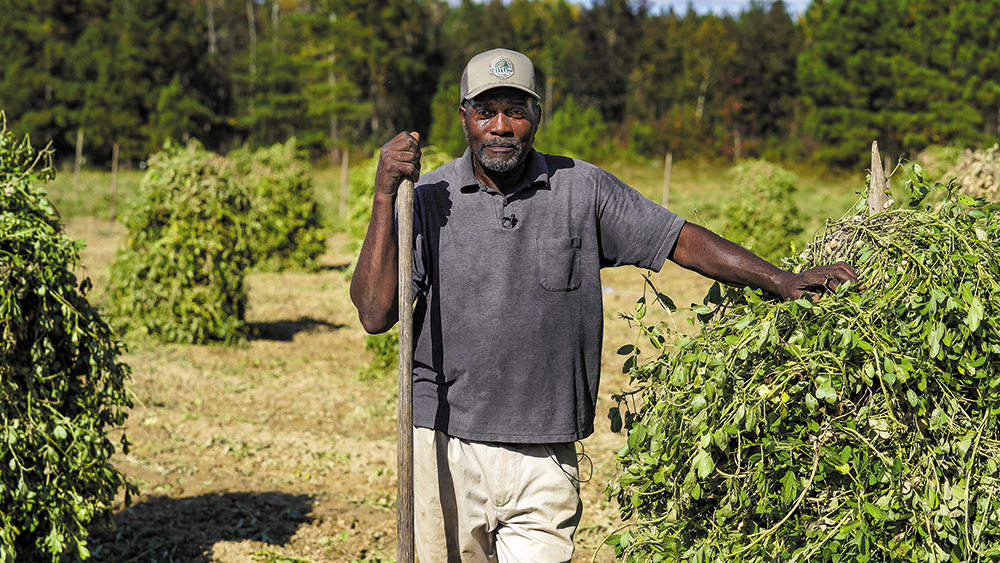 They’re the Virginia variety—like most peanuts grown in the Commonwealth—anointed gourmet, too good for peanut butter. But Barnes is the only one who still shocks, slang for stacking freshly-harvested bunches on poles to cure naturally in the sun. The process modernized in the 1960s so that peanuts dry in a jiff. Barnes’ take six weeks.

“I want to maintain something so that generations now and generations to come see just a snippet of what used to be normal living on a country farm,” he says from his home on Pop Son Farm (clearly grooming his son for the family business), 32 acres of crops including watermelon, cantaloupe and sweet corn near Courtland where he claims, “Deer outnumber people 100 to one.”

He’s not just nostalgic. Shocking increases the germination rate, he intones with the deep, inspiring timbre of a preacher (which he is), “…and allows that peanut to be its absolute best because flash drying knocks some of the flavor out.”

His daughter endearingly calls him a dinosaur that refuses to die. But he has no desire to be like others, letting GPS guide their tractors, some even reading books while they ride. He derives joy from the slowing of passing cars as drivers stare at him working his hoe into the sandy loam: chop, chop, chop.

“It’s an unbelievable sight,” he says. “Nobody does that anymore because now it’s easier to just spray with all of the different chemicals, and you don’t see a weed or a blade of grass in a peanut field. Nowhere.” 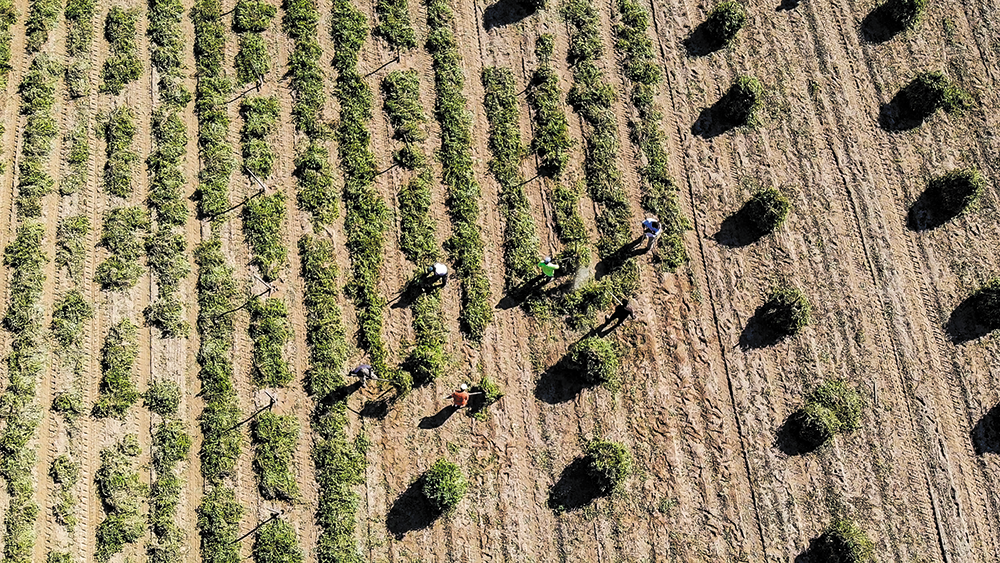 Praiseworthy, though not practical.

He peddled his monumentally sweet legumes to companies for years, but nobody bit. So manually intensive are his outmoded processes that yield is low and so slow that by the time they’re off the vine, the market for selling peanuts has closed.

“We immediately jumped at the opportunity to create the country’s only single-origin peanut,” says Marshall Rabil, director of sales and marketing. The founders’ grandson, Rabil studied the impact of fair trade pricing on farmers and communities early in his career.

Their partnership, launched with a limited release in 2021 ($24.75 for a 20 oz. can, HubsPeanuts.com), is harmonious. Hubs honors tradition, too, and believes in taking time to get to know customers. The late Barbara Bush used to phone in her own orders, and today’s fans include Michael Jordan, Steve Wozniak and Jimmy Buffett plus chefs at restaurants near (Commune, Becca at The Cavalier, Lemaire at The Jefferson) and far (Snake River Grill in Jackson Hole, Wyoming). 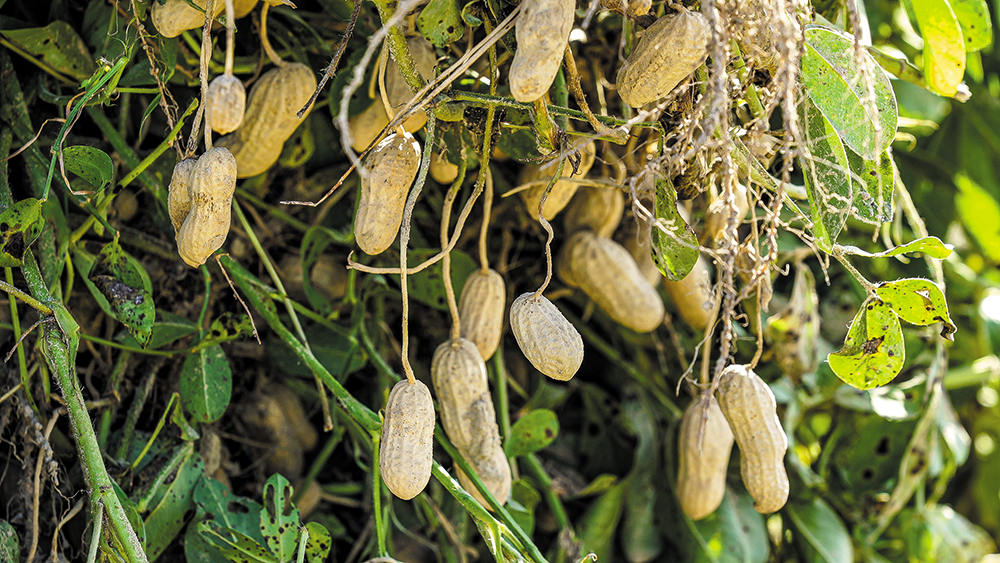 The laughter at Barnes’ old-school methods suddenly rings with respect. He beams: “Hubs put my little country name on the world map.”

That name, sounding biblical and agricultural, proved prophetic, given his dual passions of pastoring and planting. “Many of the teachings that come through the church have their beginning in the farm,” he allows. “My father used to tell me, ‘If you treat your land right, if you do your part, if you invest your time then you can expect a reward on the other end.’”

As a sharecropper’s son, he had to forgo basketball (at 6’1”, an apparent sacrifice), and head straight home after school. But he didn’t mind; he’d been smitten by farming the instant his dad let him operate a Super C tractor when he was six. “I’d change clothes and jump right out there in the field,” he says, rapturously recalling a childhood that, while humble, felt rich.

“My mom and dad always made sure we had food to eat, a roof over our head and clothes to wear,” he says. “We had everything we needed even if we didn’t have everything we wanted.”

While his father tutored him in sowing and reaping, mom pushed academics. He and his friends missed a lot of class as farmhands, so teachers routinely sent lessons home on the school bus. Barnes’ mother was always there to meet it and made sure all six of her children attended college.

Diesel mechanics degree in hand, Barnes went on to a three-decade career at International Paper. After 12-hour days at the mill, he’d farm into the wee hours guided by a self-fabricated light bar wrapped around his tractor.

In 2018, with his oldest brother, he purchased a farm that was once their grandmother’s. He grows peanuts there, too, and built a trailer to haul his tractor 15 miles between Pop Son and what everyone still calls Mama Rhea’s. 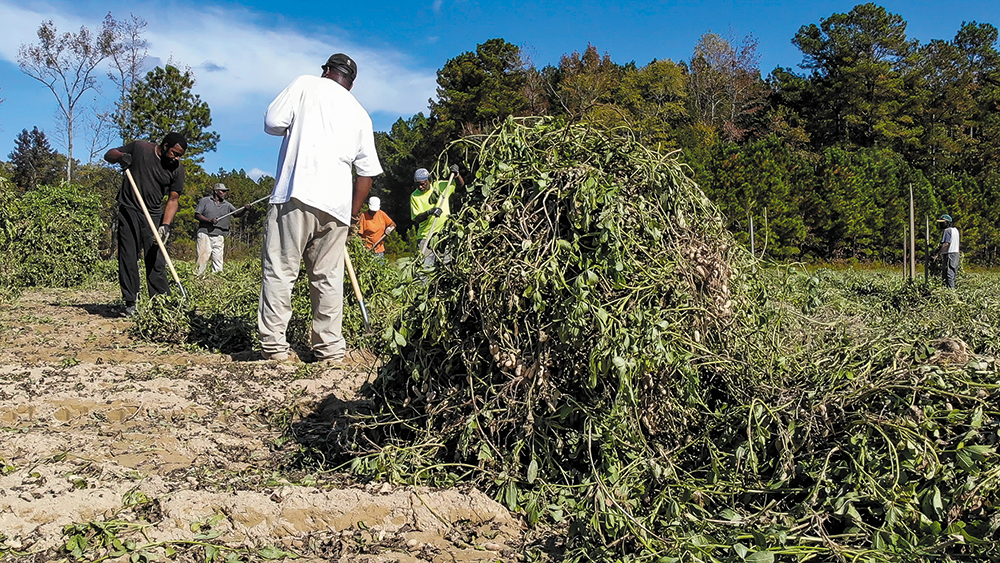 When we chatted on a 100-degree midsummer’s day, he was breaking corn by hand. “The peanuts are growing at a rate that is tremendous,” he says elatedly, estimating that within a week, “You won’t be able to see the ground,” as rows of vines meet between a three-foot splay.

After harvesting and shocking in September and October, he picks in November. You can bag your own at his farm then, though 99 percent go to Hubs where they also will be featured in a single-origin chocolate peanut bar.

He credits Hubs for empowering him to live his days “my way.” Up by 5:30 each morning, the 67-year-old fixes a pot of coffee for himself and his wife, feeds 68 chickens and fills nine hummingbird feeders. Then he’s off to the fields, Kiera (a Black Lab-Great Dane mix) keeping a constant eye on him. Later, he’ll repair equipment in his shop, sometimes until 10 p.m. In-between he might drive his refrigerated truck (aka mobile farm stand) to Norfolk, Richmond or Roanoke Rapids or share produce with the Foodbank, perhaps even squeeze in some fishing. Does he grow minutes, too?

“You find time to do anything you want,” he says. Amen to that.