The artistic vibrancy of Coastal Virginia will be celebrated in the form of MEGACAKE, a 50-foot-tall wooden birthday cake, at Burning Man 2019 from Aug. 25 to Sept. 2, 2019. This long-running festival, which transforms Nevada’s Black Rock Desert into Black Rock City, is a temporary metropolis devoted to art and community.

The 70,000 denizens of Black Rock City live in Theme Camps and Villages, immersing themselves in “radical self-expression and radical self-reliance” through art installations, performances, costumes, conveyances and more. And at the end of the festival, MEGACAKE will join other installations, like the famed temple and male effigy that is the namesake of Burning Man, in a fiery finale.

With roots in a 1986 beach bonfire in San Francisco, Burning Man moved to Nevada in the early 1990s. A significant number of Coastal Virginia residents are “Burners” from way back; others were initiated when The Art of Burning Man opened at the Hermitage Museum in June 2017.

For Thom White, principal with Work Program Architects (WPA) in Norfolk, his MEGACAKE brainchild represents the next logical step in a history with Burning Man dating back to 2013 when Jen Childs and Nicholas Kothari recruited he and Beth, Thom’s wife and head of marketing for WPA, to host a Theme Camp for several years. Then, leading up to the opening of the Art of Burning Ban in June 2017, the Whites were among those who helped with installation and programming. For the closing party in October, they and their team created a 24-foot-tall Mermaid Tail that was burned in effigy on a barge in the Lafayette River. In between, the couple joined other Tidewater Burners in Bracey for a July “Birthday Burn,” at which their team’s three-tier, 20-foot-tall wooden birthday cake went up in flames. 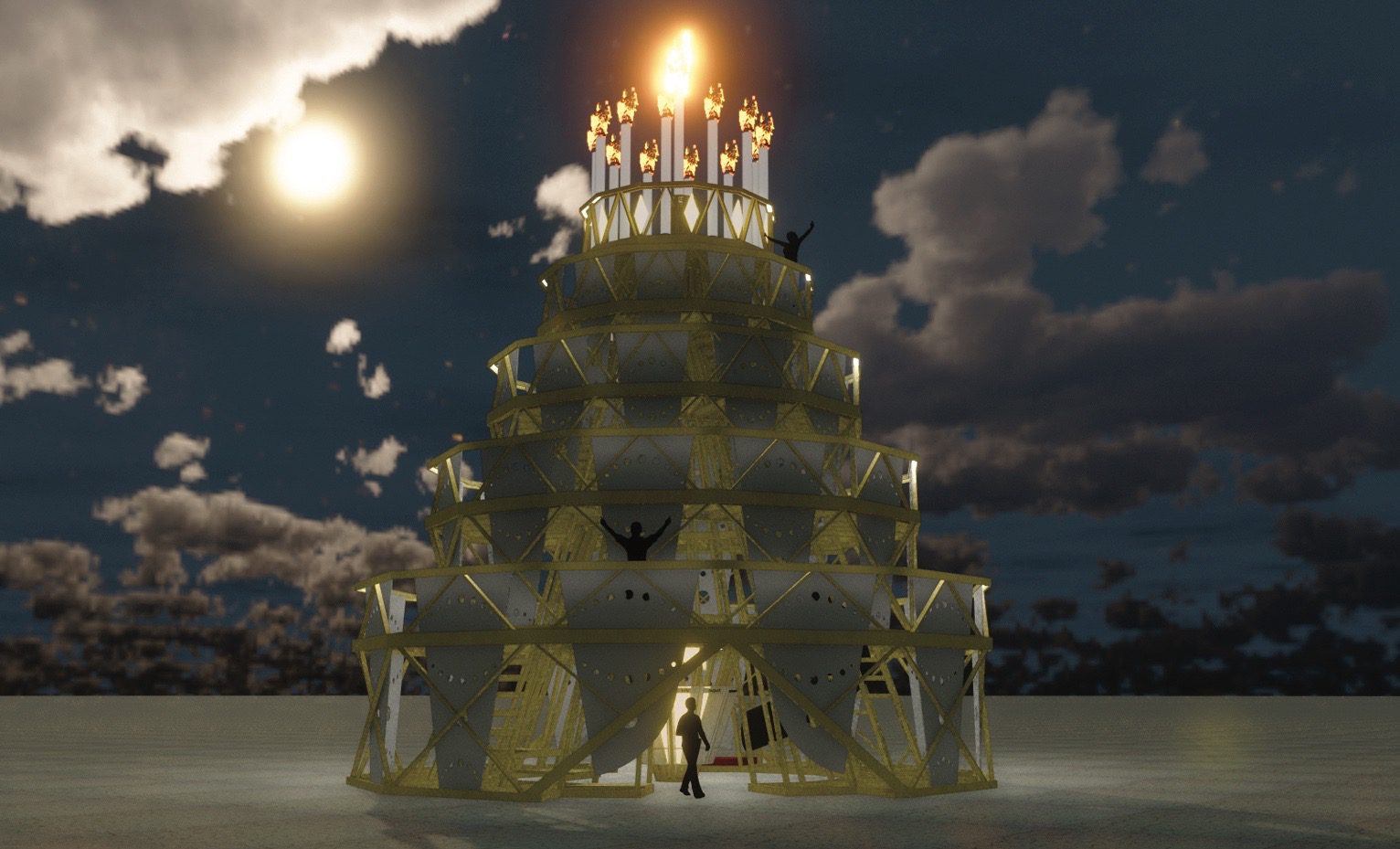 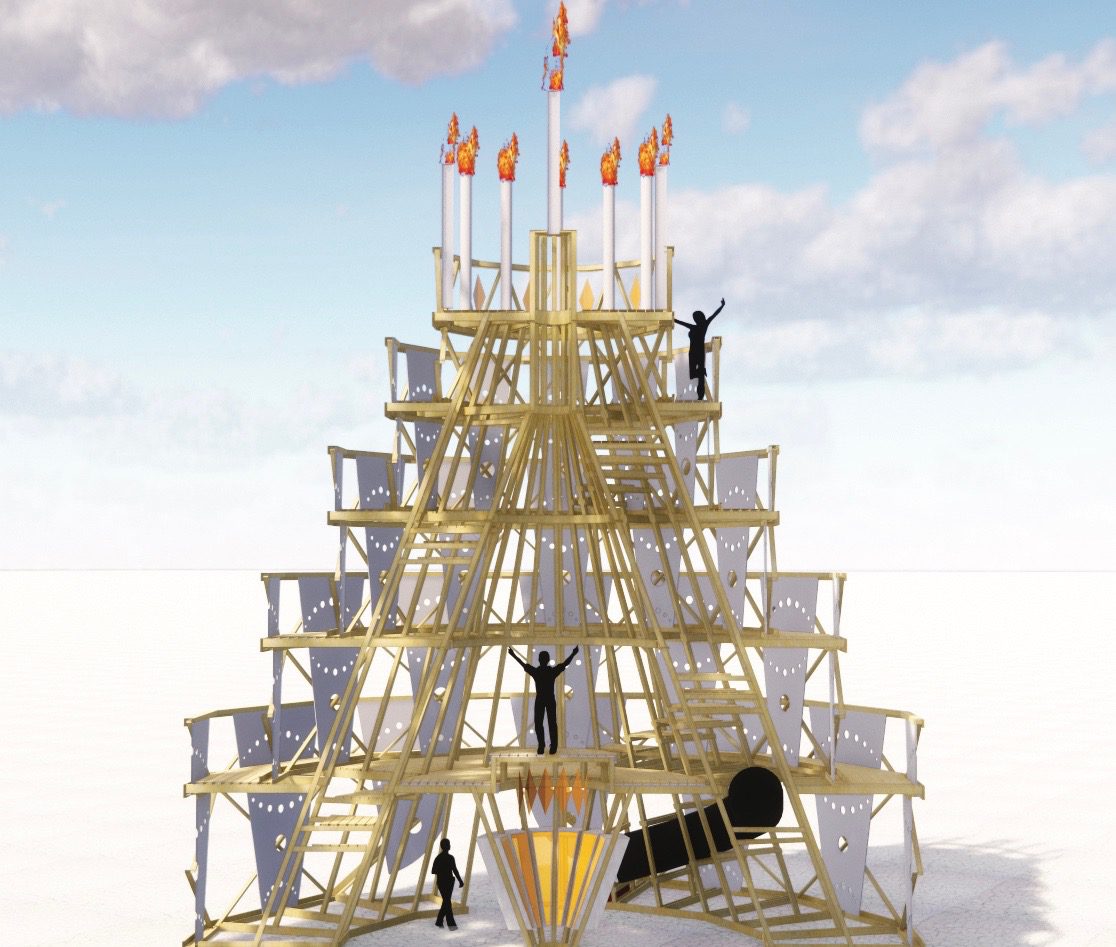 MEGACAKE is being created through the collaboration of some dozen makers and professionals from the local area and will be staffed by another 10 or so in Black Rock, where they will host nightly birthday bashes. This five-tier confection features as ornamentation its X-brace structure, white washed with non-toxic tempera paint. Spiral stair cases connect the five floors, each with its own deck. A dozen candles—one for each month of the year—will blaze atop the cake, their flames created at the Chrysler Museum’s Glass Studio. In the center, pyrotechnics in the form of propane-fueled flame effects will issue forth from a single candle.

All of this infernalistic fun comes with a price tag of $25,000 just for materials and transportation. Upon completion of MEGACAKE at 757 Makerspace in Norfolk, Beth and a couple of friends will drive two trucks cross-country to begin the five-day assembly/construction process.

The icing on the MEGACAKE is the recognition and future opportunity it brings to the creative community of Coastal Virginia where, largely because of The Art of Burning Man, the 757 is already recognized on the world stage that is Burning Man. If you would like to contribute to the birthday fun—or fund—visit GoFundMe.com/MegaCake.