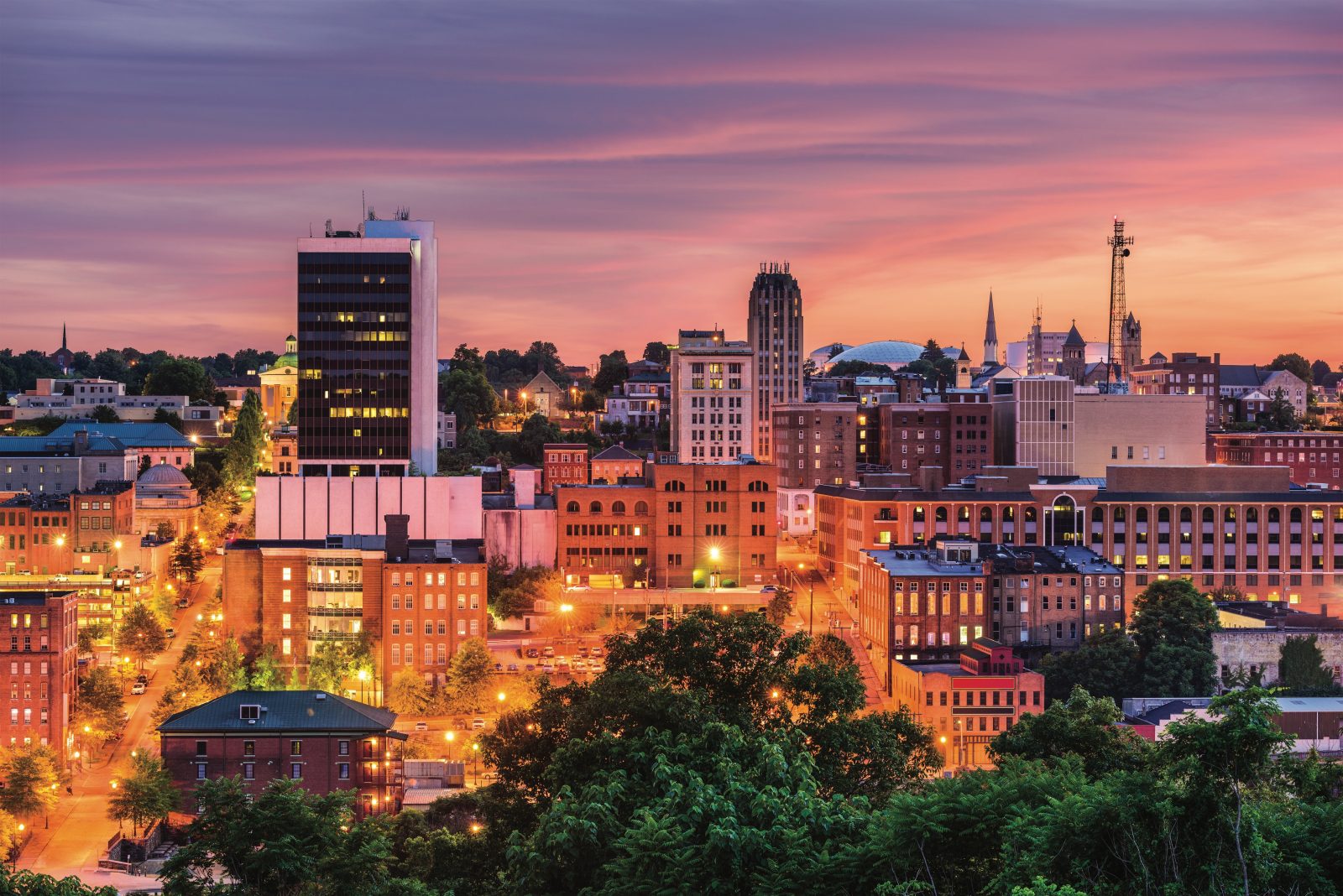 Weekends in Downtown Lynchburg are hopping. People of all ages fill bars and restaurants or enjoy a stroll on the Bluffwalk after an evening of art or music.

Such vibrancy didn’t exist just a few years ago, but the City of Seven Hills has been transformed by a combination of tax incentives and daring entrepreneurs.

Blessed with its proximity to the Blue Ridge Mountains, Lynchburg has re-centered itself on the James River, where the city was founded in 1785 as Lynch’s Ferry.

History buffs can enjoy the Lynchburg Museum and Point of Honor, the impressively restored federal-style mansion overlooking the James, built by George Cabell in 1815. Cabell was best known for being the doctor of Patrick Henry, but he was also a major contributor to the city’s early success as a tobacco-trading town. 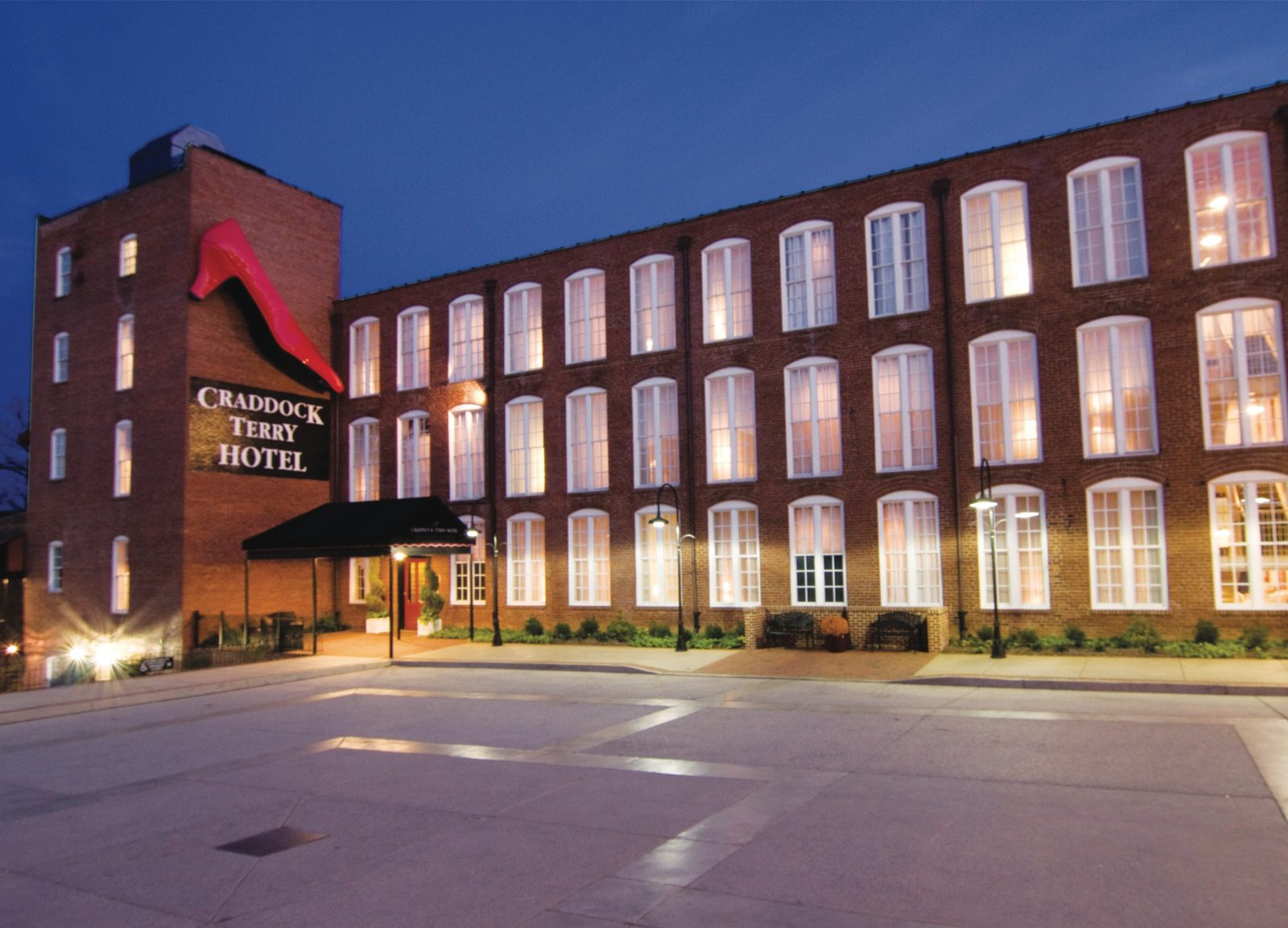 A stay at the Craddock Terry Hotel provides visitors with a combination of luxury and history. This boutique hotel is thematic of the shoe factory it housed in the early 1900s. At the time, Craddock Terry Shoe Co. was the fifth largest shoe manufacturer in the world. A large, red high-heeled shoe hangs on either side of the hotel.

With its restaurants and event center, the hotel is collectively known as the Bluffwalk Center, and Jason Arbusto is its new culinary director. Arbusto’s impressive resume includes study at the Culinary Institute of America in New York City, along with eight years of work in France for world-renowned chef and restaurateur Alain Ducasse. 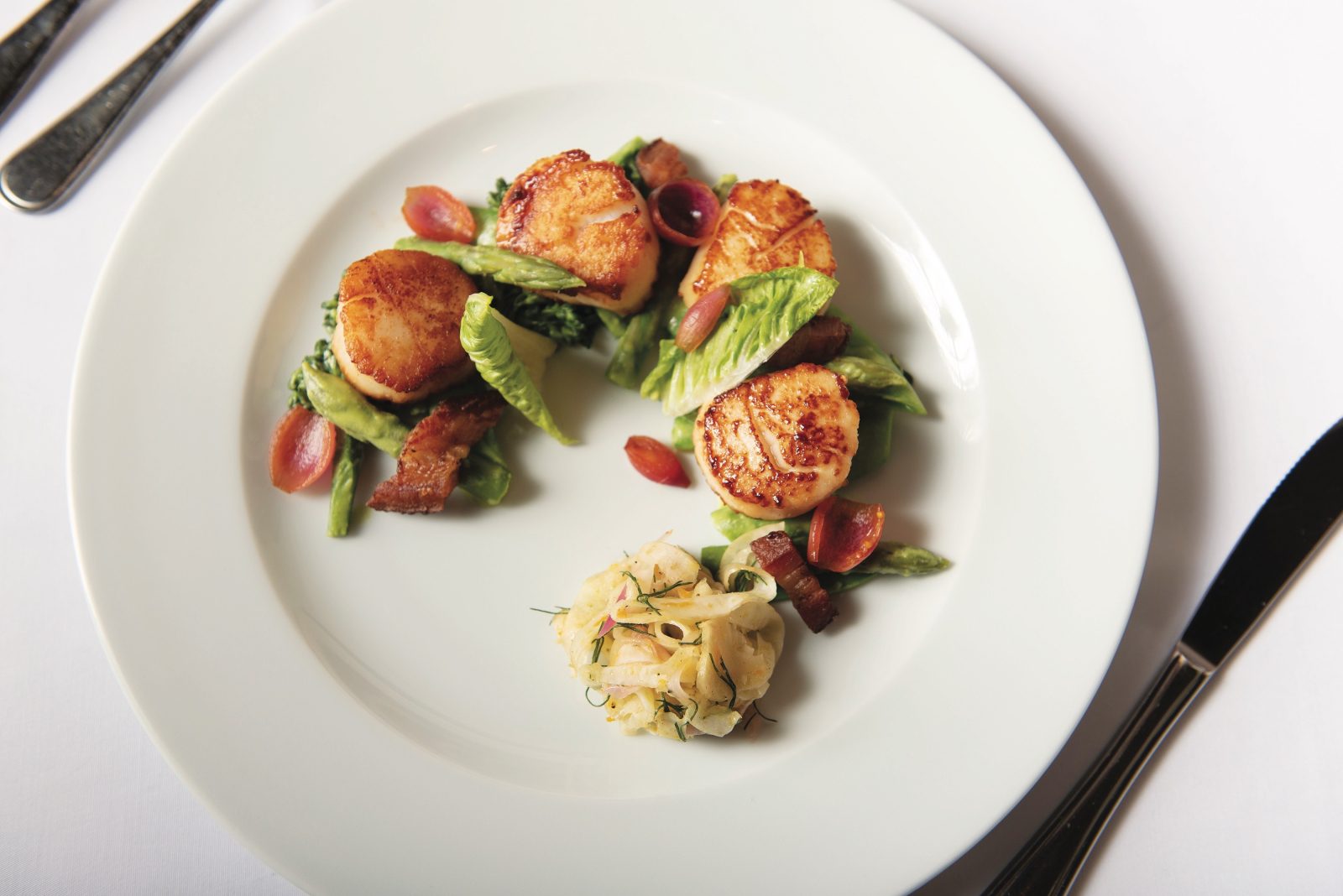 Arbusto said he is dedicated to offering as much locally sourced food and drink as possible. He has already enhanced the menu at Shoemakers American Grille, an upscale restaurant offering a rich menu including seared scallops, a 90-day dry-aged New York strip and blackened salmon with a Mediterranean-style sauce. Four people could easily share an enormous piece of Chocolate Black Out Cake for dessert. Shoemakers also offers an impressive wine list.

Downstairs at Waterstone Pizza, diners can enjoy fire-roasted pizza, salads, pasta and sandwiches, along with rotating taps of Virginia beers. Arbusto also plans to ramp up the Craddock Terry catering business and oversee the creation of a new beer garden and rooftop venue. 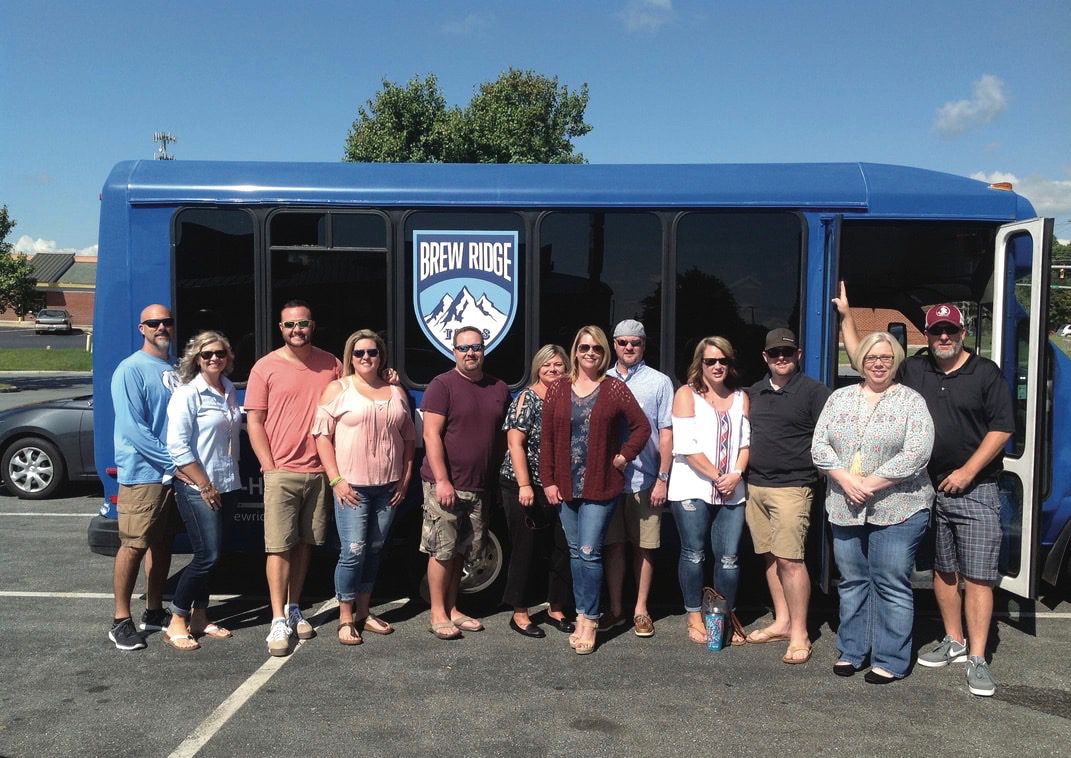 For beer, cider and wine aficionados, a journey with Brew Ridge Tours is a fun way to sample a variety of sips. Owner Joshua Pratt was driving for Uber when a couple of clients asked if he could take them on a tour of the breweries in Amherst and Nelson counties. From that simple request, a business was born in December 2016.

Riders can be picked up in Downtown Lynchburg and enjoy visits to venues including Loose Shoe Brewing in nearby Amherst, where the ferrier-themed brewery is inspired by the owner’s other job as a maker of horseshoes.

A stop at Devils Backbone provides visitors with nearly 360-degree views of mountains looming above, while beer and spirits are served in a variety of venues, along with tasty offerings from their restaurant.

Blue Toad and Bold Rock serve up a variety of ciders for tasting, while Wood Ridge Farm Brewery offers a dozen beers on tap, brewed with spring water and grains from the farm.

Pratt also operates Lynchburg’s only coach service, BRT Transportation, which provides trips all over the county as well as rides to the annual Lockn’ Festival in Nelson County and Rebec Vineyards' Garlic Festival in Amherst County.

Back in Lynchburg, the Community Market is packed on Saturday mornings, when area growers and producers fill indoor and outdoor stalls in the nation’s third oldest continuously running farmers market (since 1783). 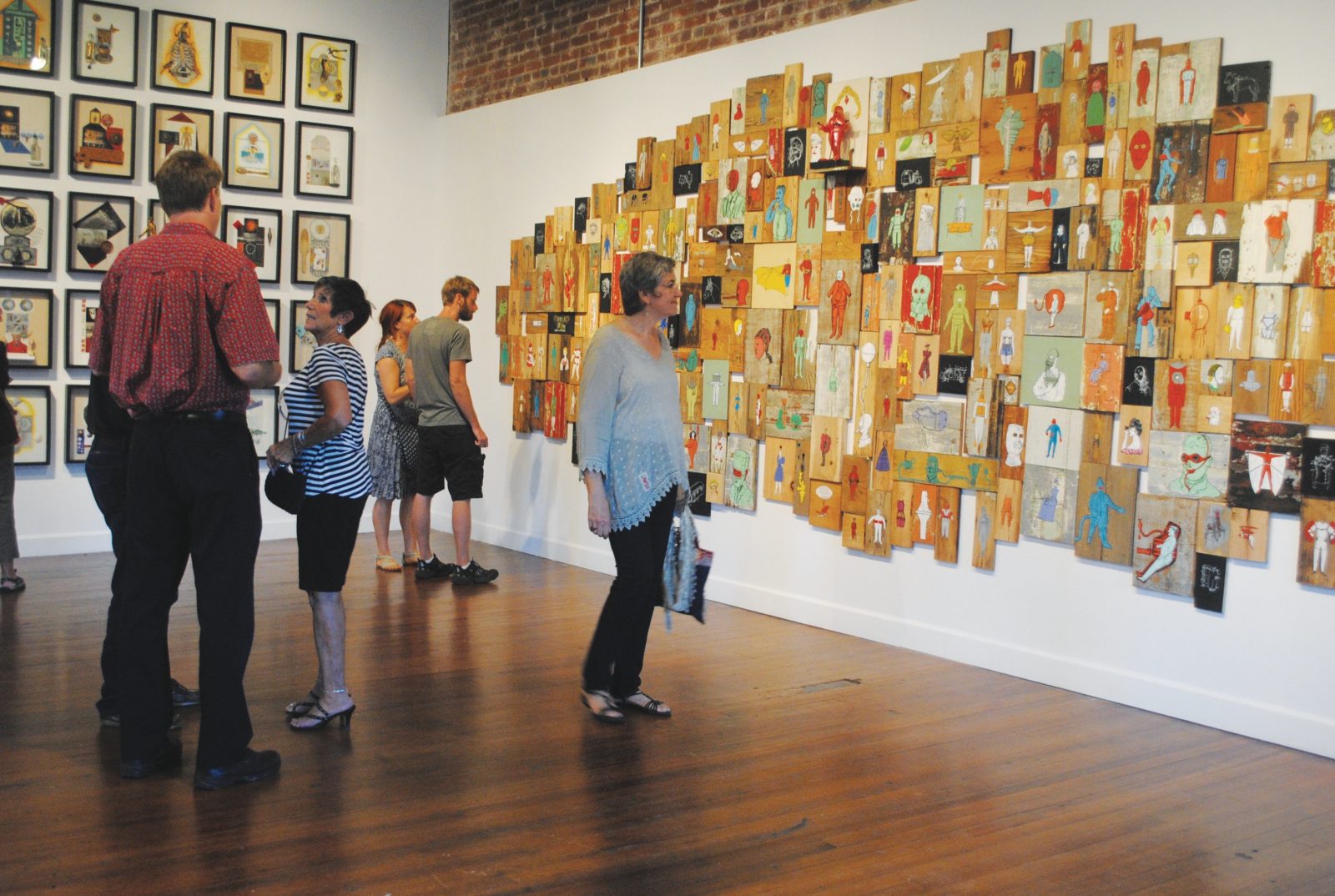 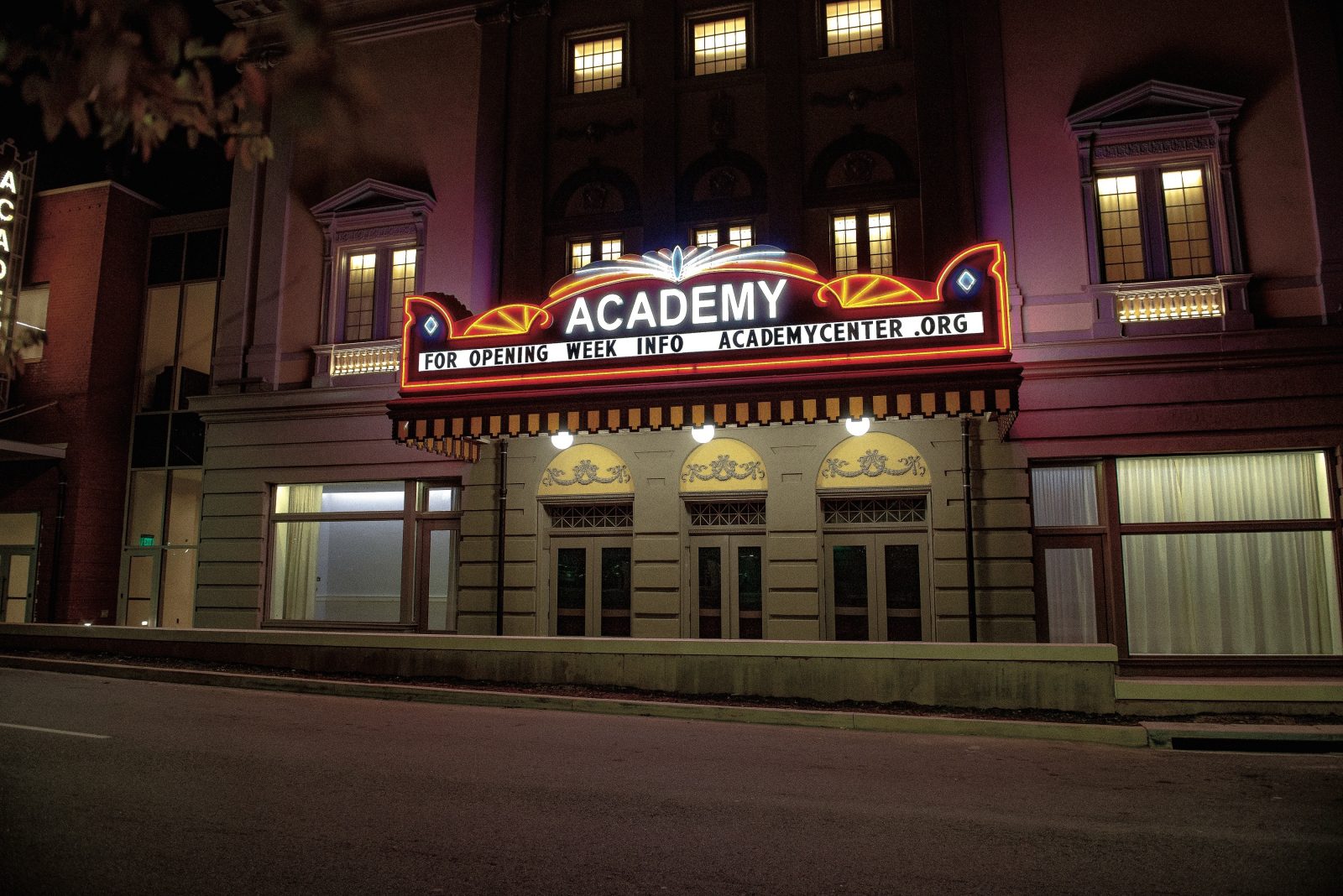 Academy Center of the Arts

First Fridays offers a variety of venues for art lovers, including Riverviews Artspace, which recently offered a group exhibition titled Political Discourse, art focused on the chaos of our environment and politics, or the Academy Center of the Arts Up Front Gallery, which recently featured oil paintings and wilderness photography.

The Academy of Music Theatre portion of the Academy Center of the Arts reopened in December 2018 to the tunes of the dynamic Mavis Staples after being shuttered for 60 years. The $29 million renovation is attracting top acts to this exquisite Beaux Arts-style theater, first opened in 1905.

Children and adults can enjoy hours at Amazement Square, an award-winning, hands-on children’s museum, or rent a bicycle at Bikes Unlimited and ride on trails that double as walking routes snaking through the city along Blackwater Creek.

Across the river at James River Adventures, visitors can rent canoes and kayaks or, starting this spring, take a ride on a real batteau, the flat-bottomed boat used to haul tobacco and other goods on the James River between 1775 and 1840.