On April 16, 1944, the last and largest battleship of the United States Navy was commissioned in Philadelphia. Commanding the 40,000-ton USS Wisconsin was Captain Earl E. Stone of Milwaukee. Stone became the first of many distinguished officers to reign over the 900-foot beauty before her decommissioning in 1991. Today, the mammoth vessel resides at Norfolk’s Nauticus and recently celebrated the 75th anniversary of its commissioning with an intimate ceremony.

Congressmen, city council members, retired and active duty service members and the Nauticus Board of Directors gathered on the ship’s bow for the milestone celebration Tuesday morning, April 16. Executive Director of Nauticus Stephen Kirkland offered opening remarks and a proclamation submitted by Sen. Mark Warner. Kirkland shared the Wisconsin’s storied history and reflected upon the experiences of her sailors during their courageous tours through World War II, the Korean War and the Gulf War.

He spoke of CPO Charles Sullivan, who in 1945 journaled about a sky full of Japanese kamikazes during the Wisconsin’s time in WWII. Later, in 1991, sailors aboard the battleship witnessed the inaugural launching of Tomahawk missiles in the Persian Gulf. The narrative of the battleship’s heroic sailors is at the center of Nauticus’ year-long Wisconsin celebration, “Their Stories. Our History.” 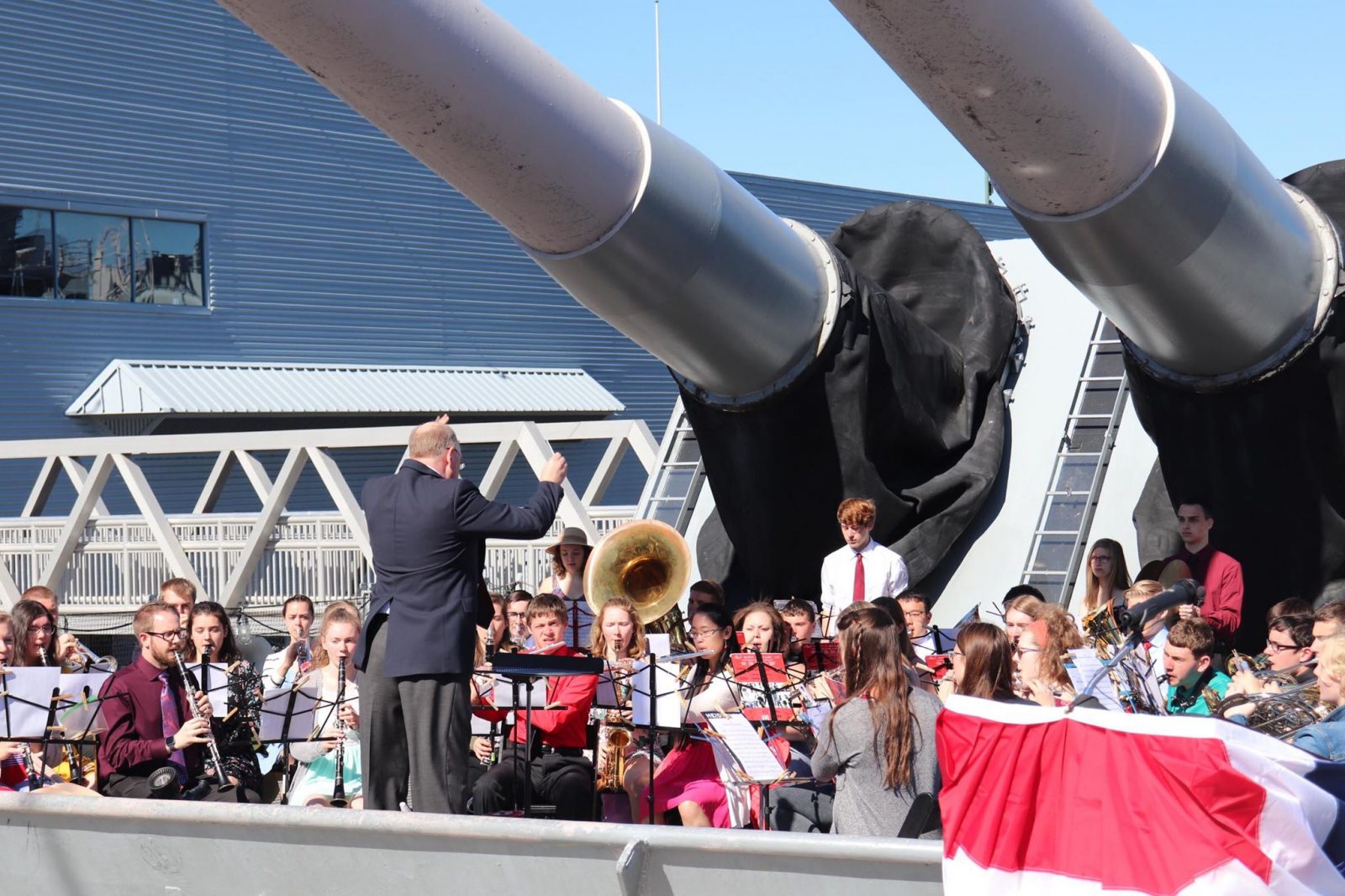 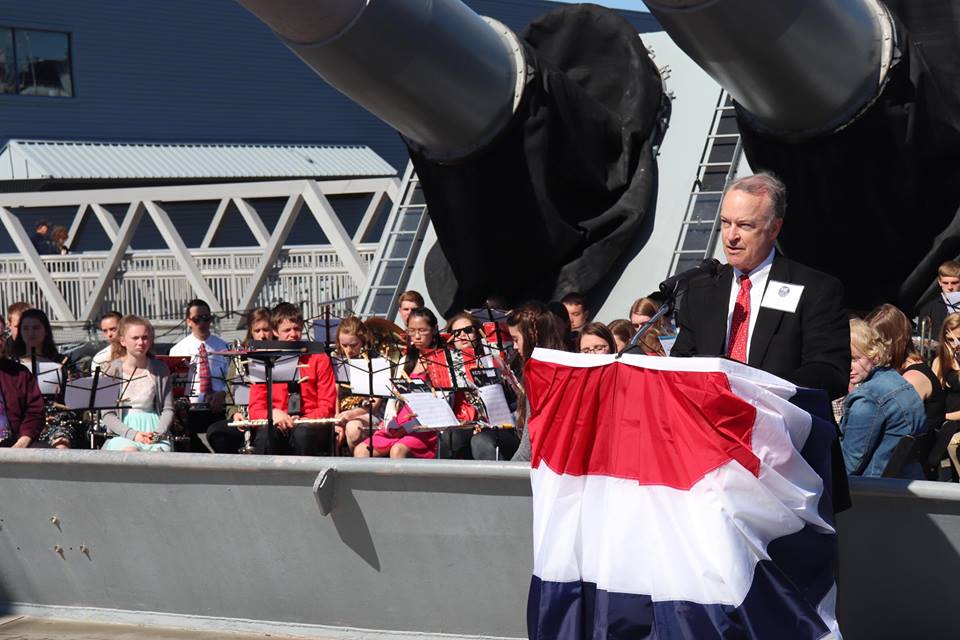 Chair of the Nauticus Board of Directors Edward Wolcott 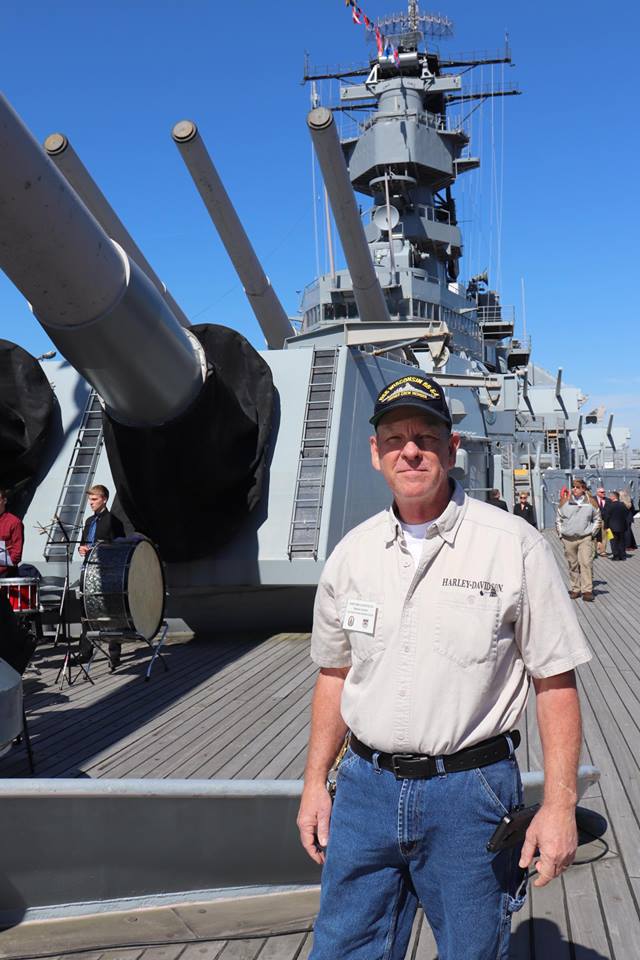 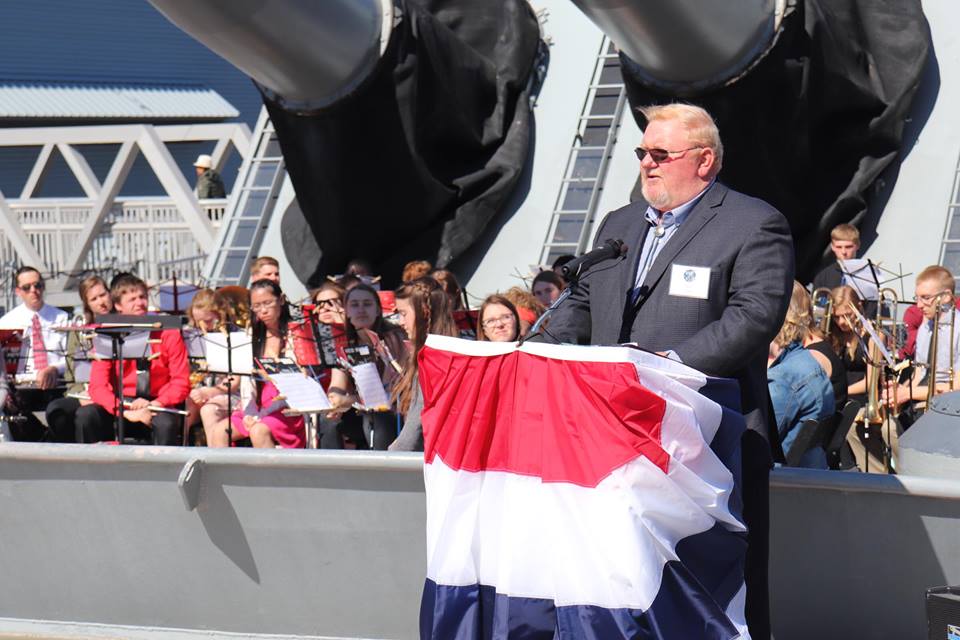 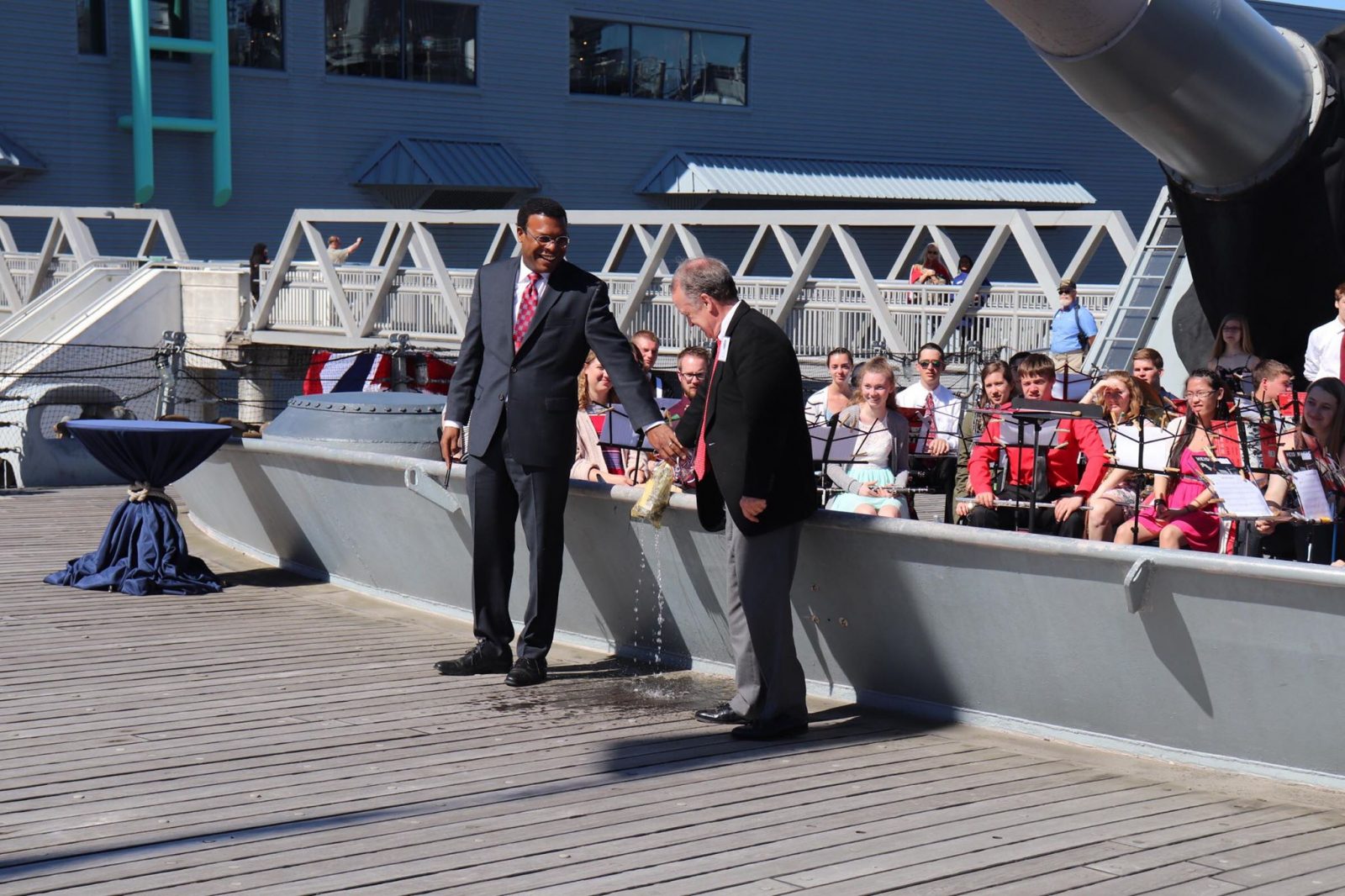 Prior to passing the podium to Chair of the Nauticus Board of Directors Edward Wolcott, band members from Kimberly High School of Kimberly, Wisconsin serenaded battleship guests with patriotic renditions of “Yorktown Centennial” and “On, Wisconsin.”

Following Wolcott, former battleship sailor and current President of the USS Wisconsin Association Mike Olson and Norfolk Mayor Kenneth Alexander offered their regards. Olson recognized the ship as a composition of its sailors and families while Alexander praised the Wisconsin as an enduring example of public service and sacrifice. A well-deserved thank you was offered to the City of Norfolk as well for its dedication to the preservation of the iconic vessel.

The commissioning ceremony concluded with a ceremonial breaking of the Champagne bottle by Mayor Alexander and Wolcott.