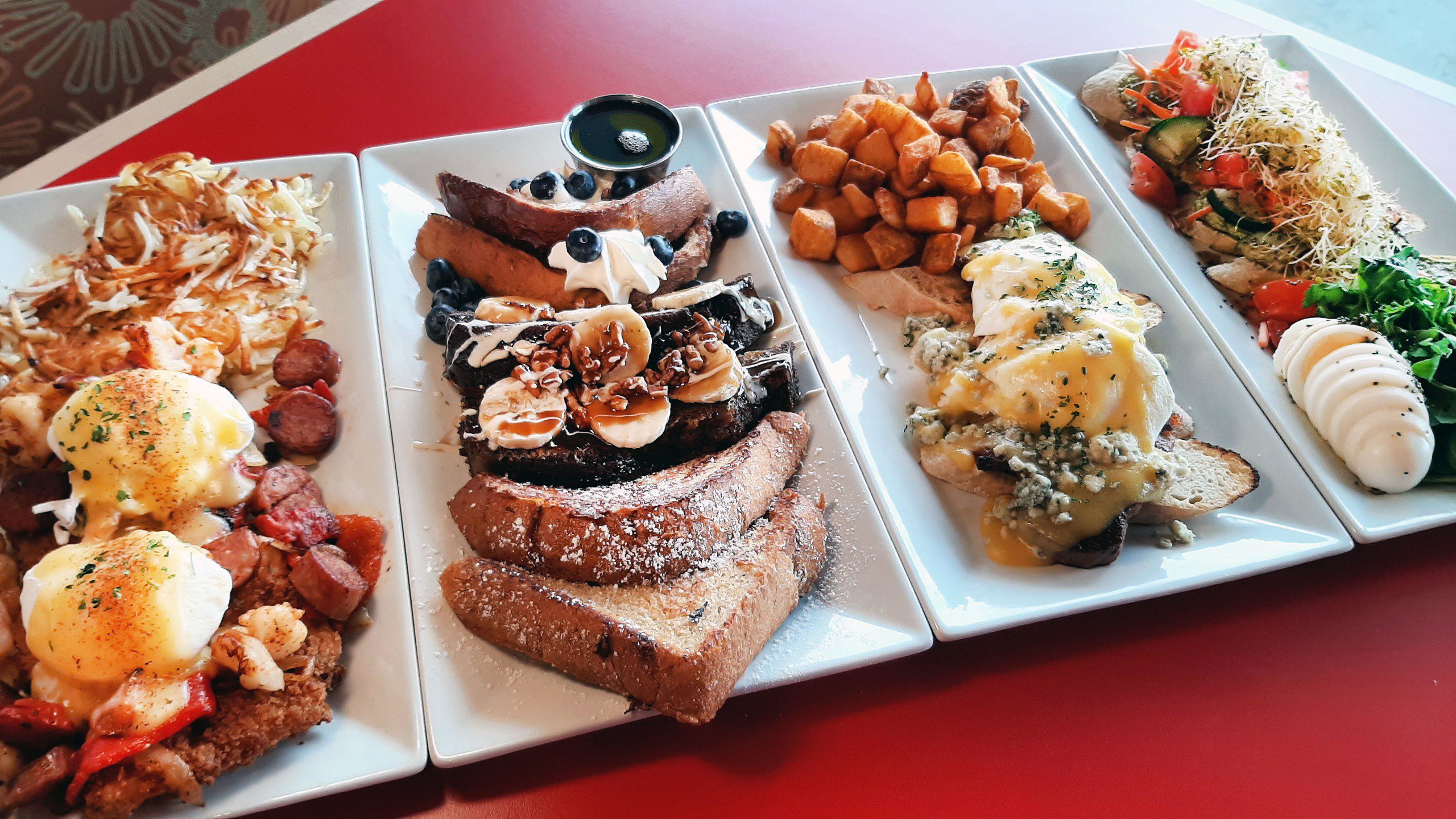 If breakfast is truly the most important meal of the day, your options for starting the morning off right in Virginia Beach just got an extra helping of hollandaise. The popular breakfast and brunch spot Egg Bistro, with existing locations on Kempsville Road in Chesapeake and in the Strawbridge area of Virginia Beach, recently celebrated the grand opening of its third iteration at Haygood Shopping Center on Independence Boulevard.

Owners Mike Touhey and Doug Stumpf opened the first Egg Bistro in 2007 after spending a lot of time on the road following the Dave Matthews Band starting in the early ’90s, only to find a lack of quality breakfast places to fuel up for shows. Fast forward almost 15 years, and fans line up for their “Friends with Benedicts,” “Sweet Up and Down” pancakes and waffles, signature soups, salads, bowls and sandwiches and, of course, a colorfully named array of Bloody Marys.

Virginia Beach Mayor Bobby Dyer was on hand for a ribbon cutting at the new location on April 19, praising the restaurant’s friendly staff and tenacity in the face of what has obviously been a challenging year for everyone in the restaurant industry. Owner Mike Touhey noted that the choice of location was one that he and his team had considered for a while, central to a variety of businesses and neighborhoods and close to where Touhey grew up. 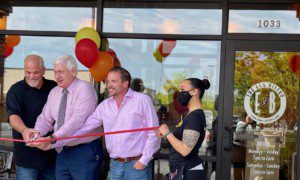 CRACKING A NEW EGG: Egg Bistro owners Doug Stumpf (left) and Mike Touhey (second from right) at their new Virginia Beach location with Mayor Bobby Dyer and a member of their waitstaff (Photo by Lisa Davenport)

The space at the new location features Egg Bistro’s familiar bright and sunny orange color scheme and local art on the walls by Bob Langston. Visitors on the day of the ribbon cutting enjoyed half priced Bloody Marys for the event and dug into Egg Bistro staples—from healthy to hearty, savory to sweet. Egg Bistro regulars will be pleased to know the menu at the new location will look much like those at the other two.

For those watching their bikini line, “Healthy Living” choices like the Avocado Toast on toasted baguettes are bursting with garden veggies, goat cheese, fresh lemon juice, sprouts and chia seeds drizzled with house-made balsamic and served with hard-boiled egg slices. For a bigger start to your day, there’s the Black & Bleu Benedict with classic poached eggs and hollandaise sauce atop sliced, blackened New York strip and baguettes with crumbled bleu cheese.

Their breakfast bowls would make a satisfying main meal any time of day. The grits of their Bayou-inspired Bennie & the Grits are actually grit cakes made with a blend of three cheeses and sausage and topped with Cajun grilled shrimp, smoked Surry sausage, onions, roasted red peppers, poached eggs, hollandaise and a house Cajun seasoning.

Those craving the sweet stuff should not be intimidated by their decadent French Toast Trio featuring half portions of all three of their French toasts—including the Banana Nut Bread French Toast, a glorious marriage of two classic comfort foods that smells and tastes like it’s right out of your mama’s oven on a Sunday morning.

Egg Bistro also serves a mean burger, and you can build your own or try one of their creative concoctions like the Farmhouse Burger with grilled apples slices, bacon, goat cheese, roasted jalapeno and raspberry drizzle. Egg Bistro is among 12 local restaurants who will be vying for top honors at Coastal Virginia Magazine’s Battle of the Burgers on June 12 at the Military Aviation Museum.

Finally, adulting is hard, and Egg Bistro’s Bloodys, Bubbles & Brews are sure to brighten your mood. They serve local and national craft brews on tap; Next Level Mimosas like the Drunken Pirate with Captain Morgan, Forbidden Fruit Puree, grapefruit juice and Verdi; signature bloodys like the Proud Mary with Pinnacle Vodka, Worcestershire, horseradish, and Old Bay; and other coffee and specialty drinks. Learn more at TheEggBistro.com.