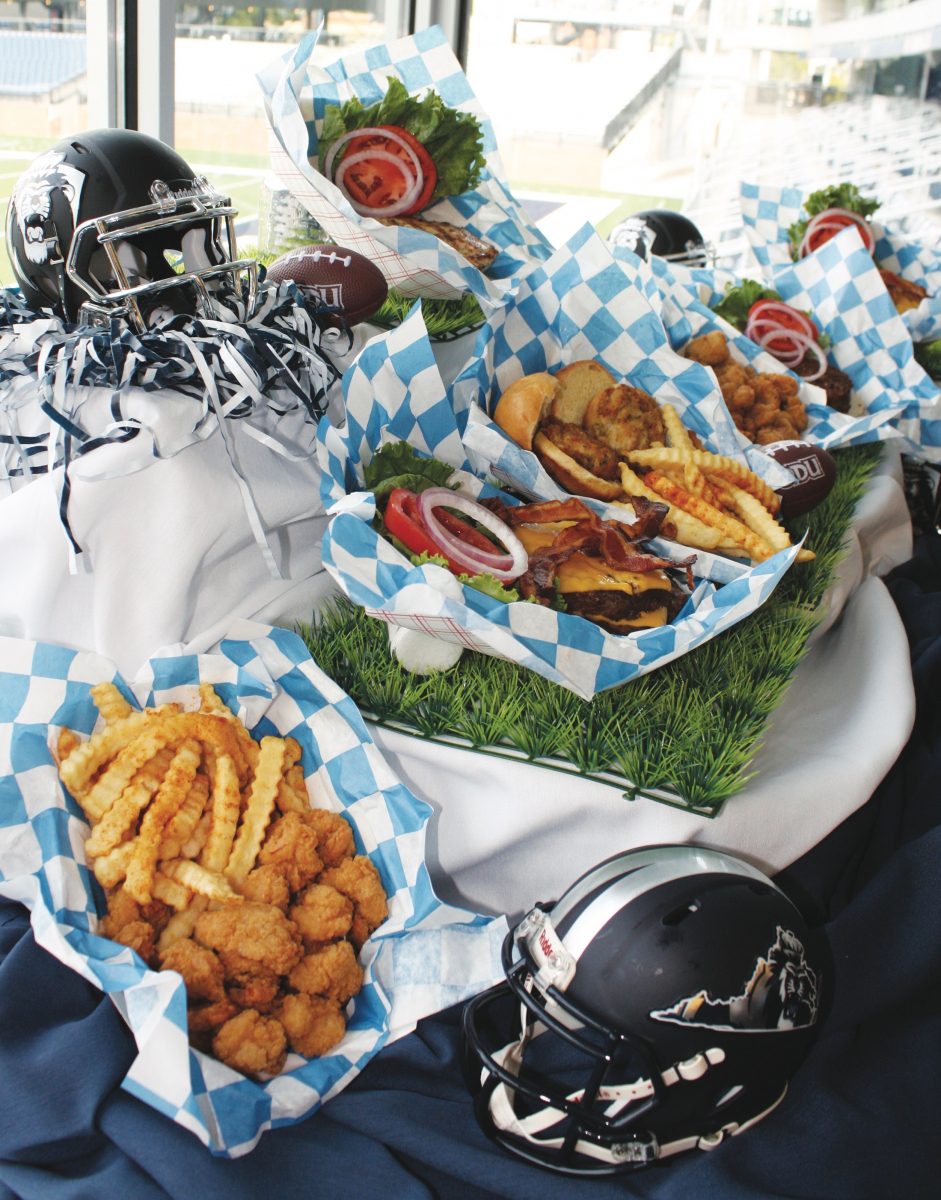 Whether you’re a season-ticket-holding, expert tailgater or a casual observer, by now you’ve probably heard the hoopla about ODU’s recent $67.5 million reconstruction of Ballard Stadium, home of ODU Football, with its vastly improved seating, technology and amenities for players and fans alike. But what you may not have heard is that, along with the structural and aesthetic improvements, came an expanded selection of food offerings that go a step above stadium standards.

ODU Executive Chef Robert Patton oversaw the development of the menu, which includes premium burgers with toppings like grilled onions and mushrooms, seafood options such as shrimp baskets and crabcake sandwiches, and loaded fries with a variety of comfort food flavors sure to score yardage with hungry stadium-goers. On the lighter side, there are many new vegetarian and health-conscious choices such as vegan Boca burgers, nachos topped with meat-free chili and an assortment of “better for you” snacks at self-serve vending stations. So, tuck in before the next touchdown at the Monarch’s last regular conference home game on Nov. 30.