Dale Chihuly’s Ikebana Glass on Glass Paintings. Peter Bremers’ Duality. Serge Gouloumès’ Slow Cooked Farm Egg. Be careful with the first two, they're part of the Perry glass art collection displayed for the public, as well as guests, in the new Glass Light Hotel & Gallery in Downtown Norfolk’s historic Royster Building. But dig into that egg. Resplendent with champagne cream sauce, leeks and black truffles, it’s one of the masterpieces on its dining room’s menu, along with apple tatin-foie gras, crispy octopus, pan-roasted rockfish in bouillabaisse broth, and strip loin au poivre.

“Food is part of the beauty of this world,” says Gouloumès, executive chef, accentuating gastronomy’s rightful place among the arts. “It’s recognized by UNESCO.”

And Gouloumès is, indeed, an artist. He earned a rare Michelin star in 2005 at Le Mas Candille, a Relais & Châteaux property near Cannes. “I never drank so much champagne as on that day,” he recalls. “After that, you work to keep it, and every January you just die until Michelin appears. The stress is unbelievable.” 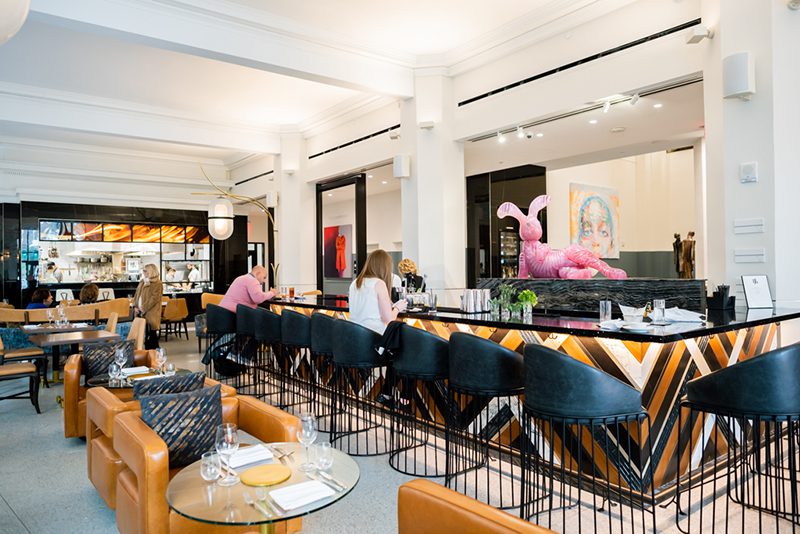 Keep it he did, for over a decade, until he left for Belmond La Samanna on Saint Martin in the Caribbean. It’s where his new bosses from Suburban Capital (Chris Perry, CEO, whose family founded the Perry Glass Studio at The Chrysler, and Tim Stiffler, President) experienced his work and commissioned him for their boutique hotel, part of Marriott’s Autograph Collection.

In a way, Gouloumès presaged this creative confluence eight years ago with his D’esquisses en Délices, an exquisite coffee table book juxtaposing his words and food with lush photographs and sketches by one of his sons.

Here, he enjoys an unbroken sight line from his bespoke, state-of-the-art open kitchen through the airy 45-seat restaurant-cum-lounge-cum-lobby to the revolving door entrance for a kinetic fusion of inside and outside, life and art. The stylish setting invites guests to linger over cocktails and wine, and savor their meals whether a burger or seafood ceviche (a neo-Tiffany of a timbale) at lunch (mostly $18-26) or seared scallops in watercress sauce at dinner (mostly $22-32). 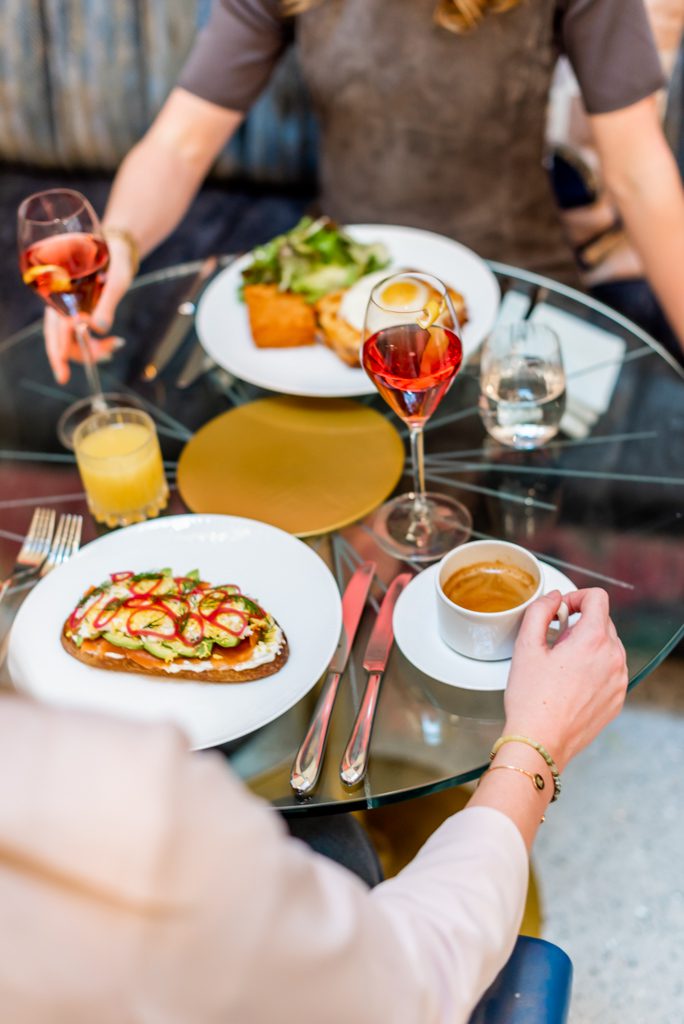 At a six-seat chef’s table, a host may select a centerpiece from the glass collection in advance and Gouloumès will build a menu around it inspired by, say, its provenance. But all of his plates, curated to showcase French- and American-inflected world cuisine, exhibit a devotion to freshness and regionalism paired with exacting technique.

A native of Casseneuil, a village in Southwestern France, he started training at 15 in kitchens with classic Old World chefs hurling pots and pans—though he’s even-keeled and courtly. He credits his entire team, including executive sous chef Zack Close, returning to his hometown of Norfolk after years in New York working for Daniel Boulud, for the kitchen’s success. They study each dish, analyzing color, composition and the play of light, resulting in food too pretty to eat. Almost. After all, culinarians are the only artists happy to have their work destroyed.

The restaurant at the Glass Light Hotel & Gallery will reopen May 22.