I have to admit—when I first discovered Pedego, I immediately lumped the electric bike service into the same category as the e-scooters strewn arbitrarily throughout Coastal Virginia (a fad I quite frankly never understood). Simply walking through the doors of the Norfolk shop, however, proved just how wrong my assumption had been. Pedego is easily one of the highest quality bike retailers in town and offers a remarkably fun tour of Norfolk’s downtown and surrounding Elizabeth River Trail.

When Virginia Beach residents Kevin and Amy Oliver introduced the electric bike concept to Norfolk in May, they became the first authorized dealership in the region and joined a population of over 100 Pedego dealers worldwide. The East City Hall space sells, repairs and rents upwards of 15 “pedal or not” models. With Pedego’s price point being on the higher end, hourly and daily rentals are the perfect way to dabble in the motorized machine. 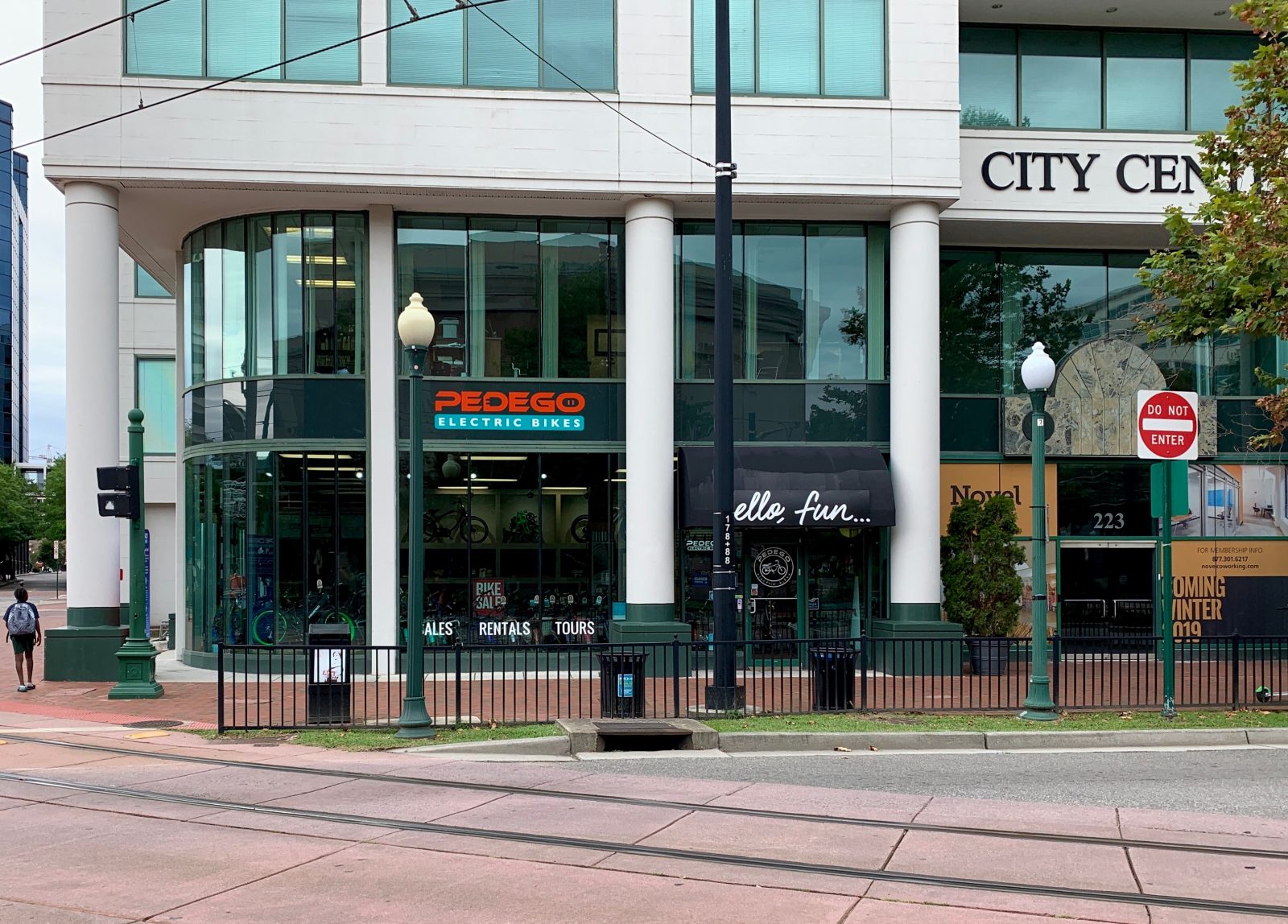 Last month, I embarked on what would normally be a self-guided tour with Amy, Kevin and charismatic Pedego tour guide Wesley. Wes set me up on a colorful electric cruiser bike dubbed Inceptor and walked me through its various controls such as the five levels of pedal assist and full throttle option. He explains that I can easily cruise the city without any pedal assistance, but that bike lanes along Colley Avenue and the Berkley Bridge encourage Pedego’s top speed of 20 mph.

Our tour begins at the Pedego shop across from MacArthur Center and traverses the Waterside grid to Harbor Park. We soak in the Elizabeth River views as we continue to navigate the waterside trails along Town Point Park, stopping once to visit the 20 bronze cast letters at the Armed Forces Memorial and again to marvel at the 86-year-old Battleship Wisconsin.

Swapping water for cobblestone, we wind through historic Freemason and discover a plethora of storefronts in which to imbibe and unwind. Situated in Norfolk’s iconic Pagoda is Hummingbird Macarons & Desserts, and just around the bend are Voila! International Cuisine, the boutique Four Eleven York and the cozy Cure Coffeehouse. 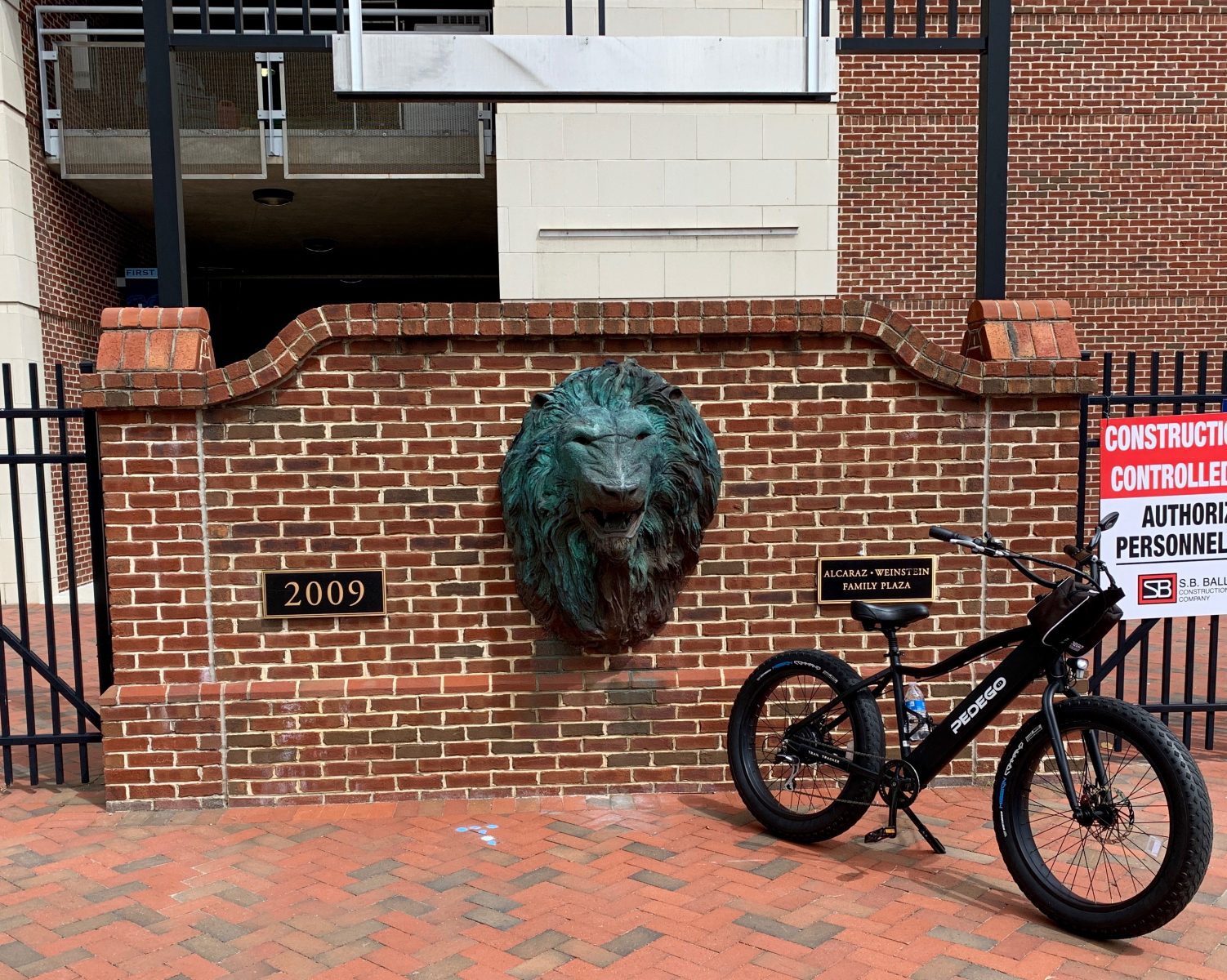 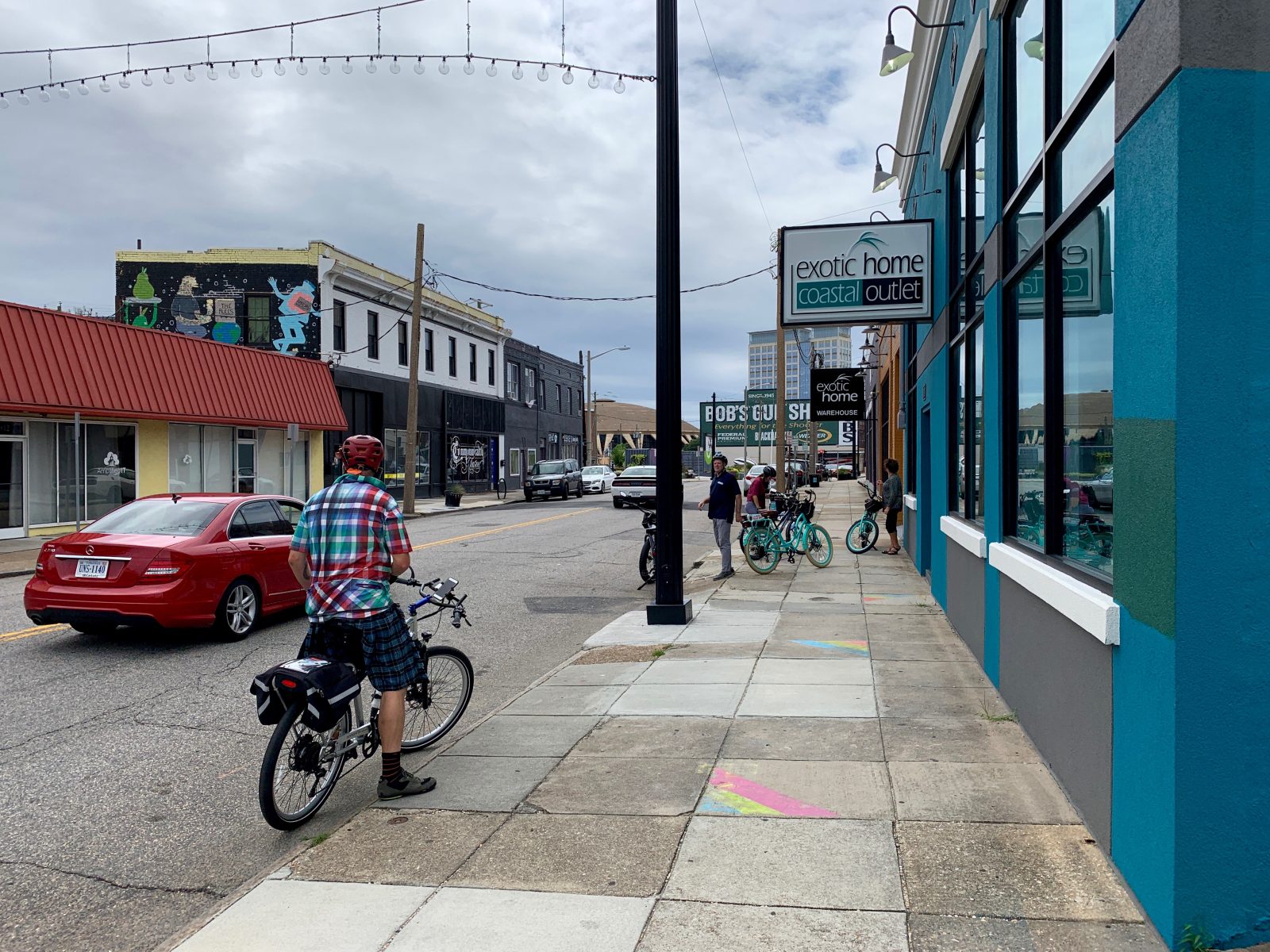 Our nearly two-hour ride continues, onto the Old Dominion University campus and through the brightly colored streets of the NEON District. There, bikers can stop for a beer or two at Bearded Bird Brewing, or relax in the swanky Jhane’s Sweet Lounge.

Pedego is also unique in that the bikes are picked up and returned at the East City Hall shop but can be taken outside of Norfolk city limits for a ride along the Virginia Beach Boardwalk or along the winding roads of Colonial Williamsburg.

Amy notes that in addition to the Norfolk shop she will be running a pop-up shop at the Shore Drive Farm Market throughout the fall season.

For more information about Pedego sales and rentals, visit PedegoElectricBikes.com.