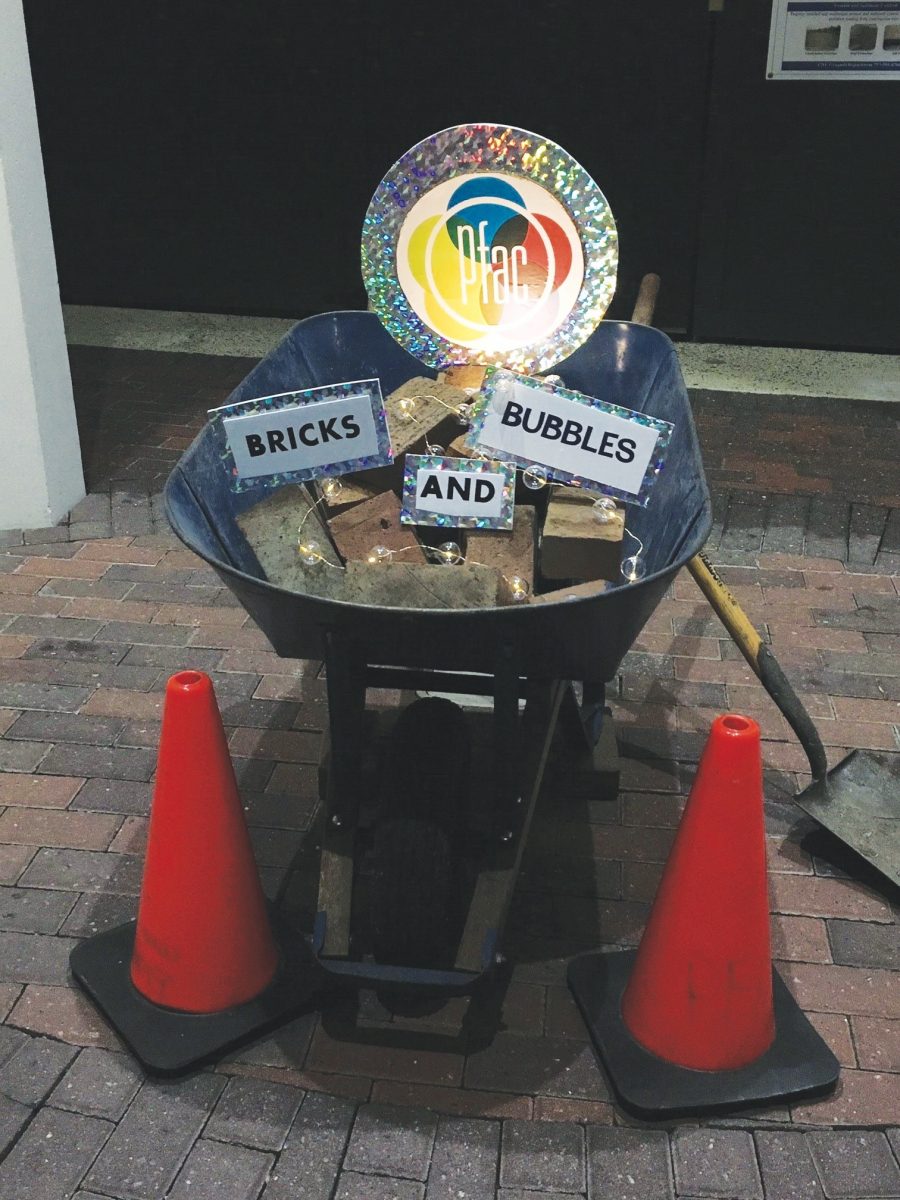 What does an art organization do when it’s undergoing construction but still hosting a fabulous event? Spin it into the theme, that’s what.

More than just a clever play on words, the theme was also shaken into the focus of the drinks—local bartenders were challenged with crafting cocktails that displayed a bit of effervescence, and they rose to that challenge like bubbles to the top of a Champagne flute. 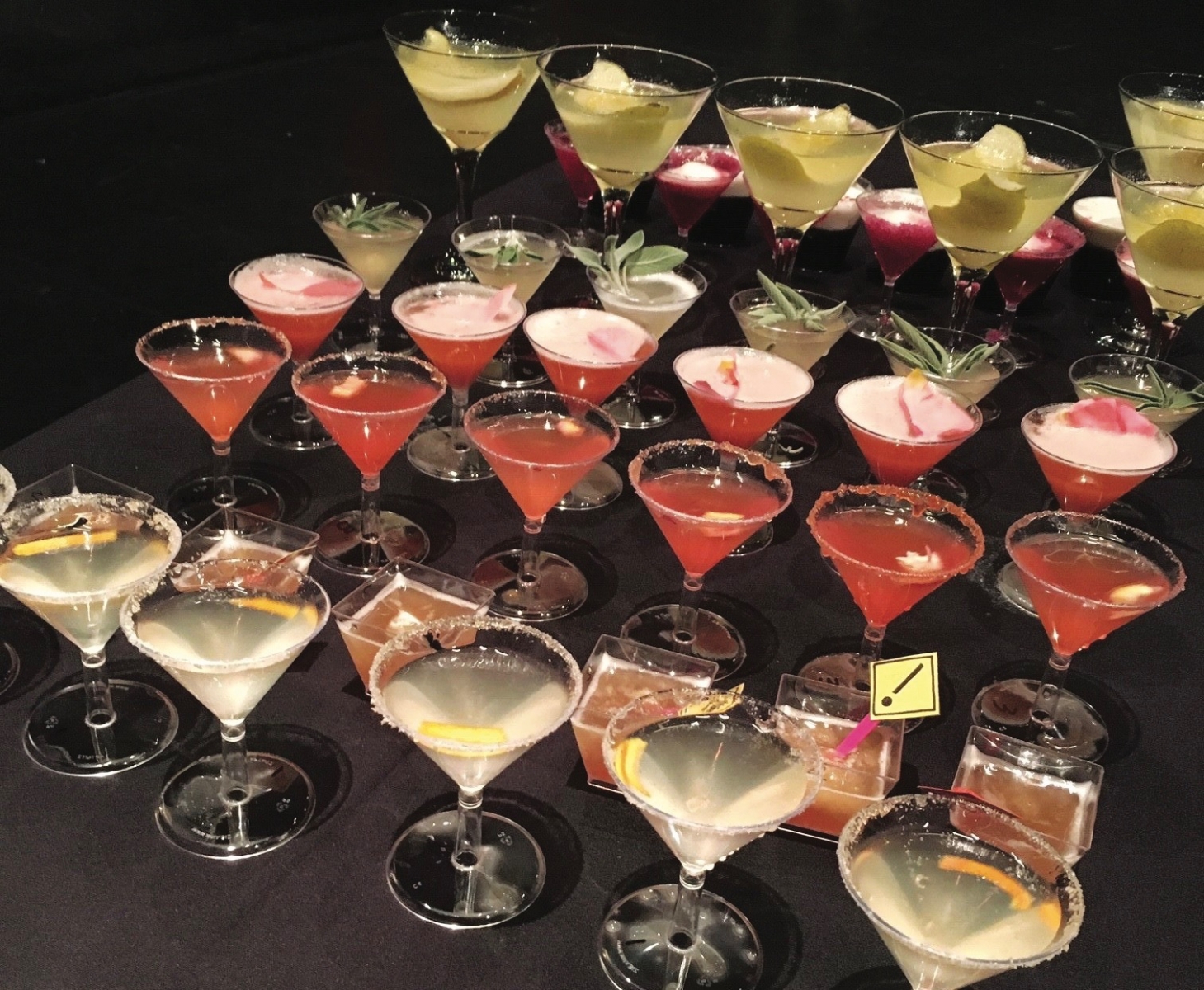 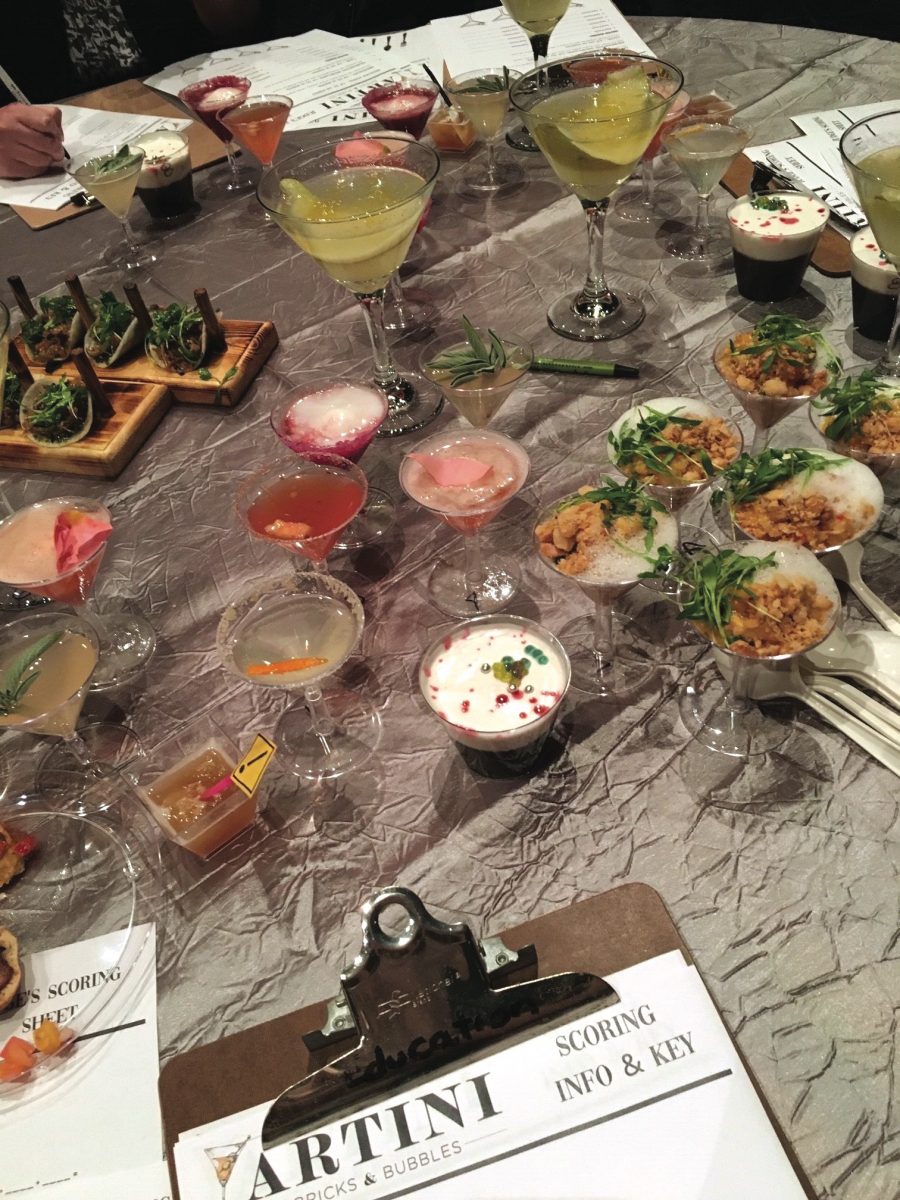 A fabulous assortment of martinis were entered into this creative competition. Judges George Culver (I Heart Food), Jeff Maisey (Veer), Andi Petrini (Daily Press), Kim Wadsworth and I tasted the concoctions and scored each based on flavor, creativity and use of ingredients. With our scores totaled, we determined that the top martini of the evening was Gallina Grasso Italian Kitchen’s Bolle, created with St. Germain elderflower liqueur, vodka, lemon, mint and Prosecco.

The People’s Choice Martini was a Prickly Pear Martini from Schlesinger’s, made with ginger beer and Prosecco.

A new element to this year’s event was the competition of food tastings. This award went to Juan’s Mexican Café and Cantina for their beef rib tostada with guacamole, grilled corn and salsa.

This year’s Artini raised over $31,000 in critical funds for PFAC’s Art Access and Healing Arts programs.