I entered the judges' tasting room, tucked in the back of Boathouse Live, and smiled at the sight of a table overflowing with artfully-presented cocktails popping with color. How appropriate, I thought, for a party put on by Peninsula Fine Arts Center (Pfac).

After being greeted by Pfac Marketing Coordinator Janelle Burchfield, she handed me a score sheet and my first cocktail. As the sipping and scoring commenced, judges awarded a possible total of 100 points to each drink—up to 25 for originality, 50 for taste and another 25 for showcasing Virginia products. This year's Virginia Made theme required participating mixologists to create their libations using spirits and other ingredients made in Virginia. Restaurants were kept a secret until the judging was complete. 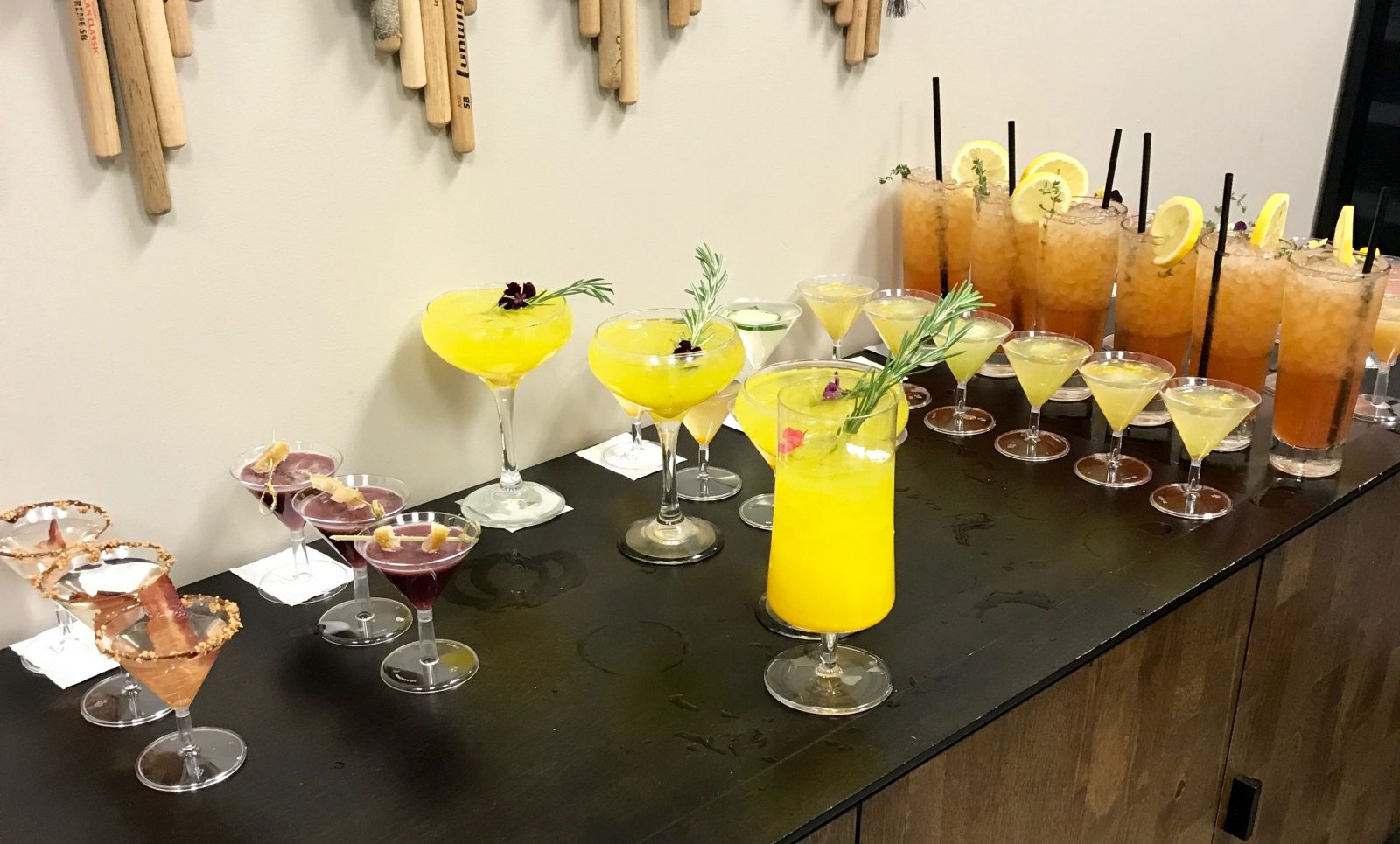 Cocktail samples with Virginia-made ingredients are lined up and ready for the
judges. 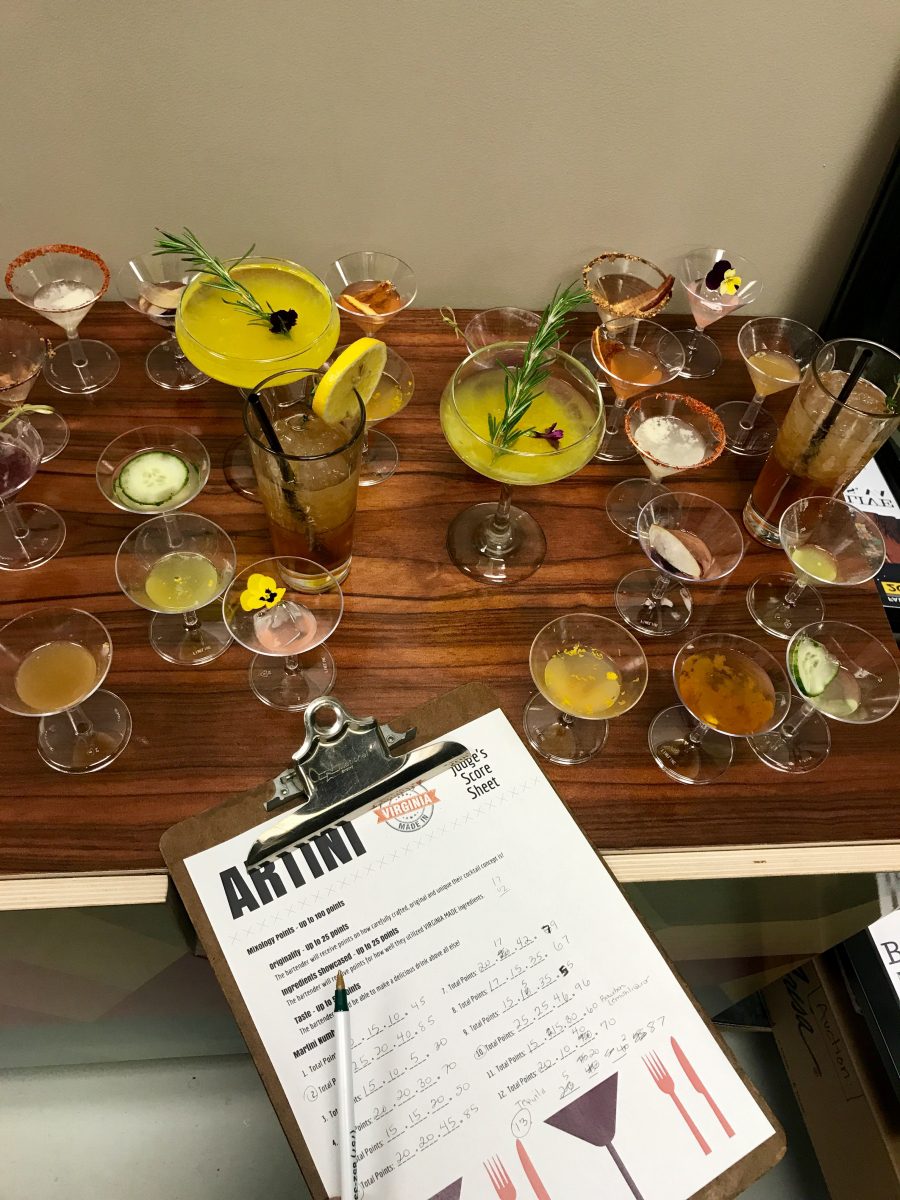 As one would imagine, as we made our way through 13 cocktails in all, the mood in the judging room was jovial, and the critics seemed to savor the thought and creativity put into several of the spirited concoctions. The competition was almost as stiff as the drinks, but I turned in my scores indicating a clear standout. Since the results weren't being announced until the end of the evening, I gladly took the opportunity to mingle at the event while bartenders mixed things up. There were several entries I was delighted to revisit, and I also wanted to enjoy them paired with the restaurants food offerings. 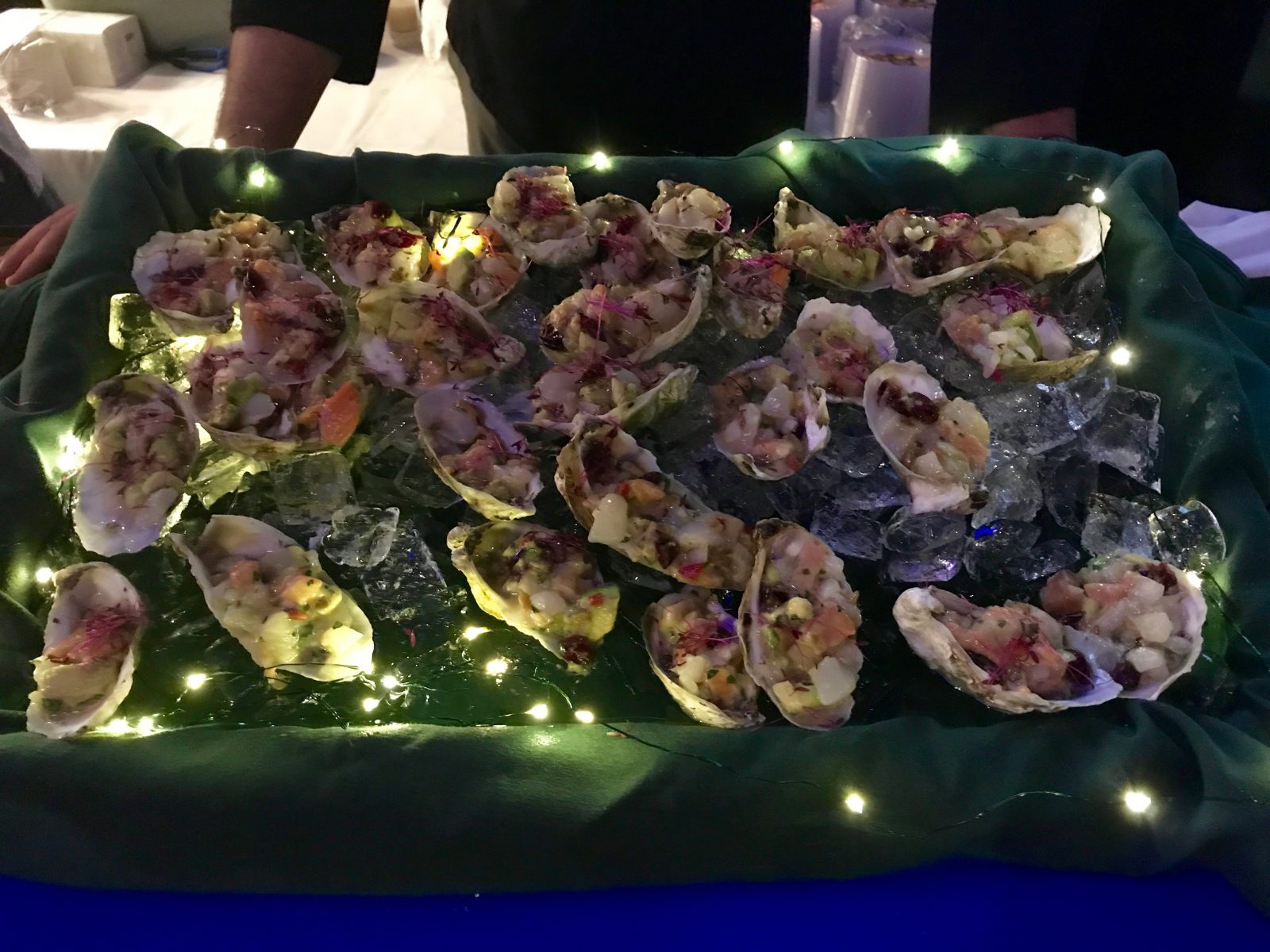 Salmon and scallop ceviche on top of a Big Island oyster on the half shell from
Riverwalk Restaurant. 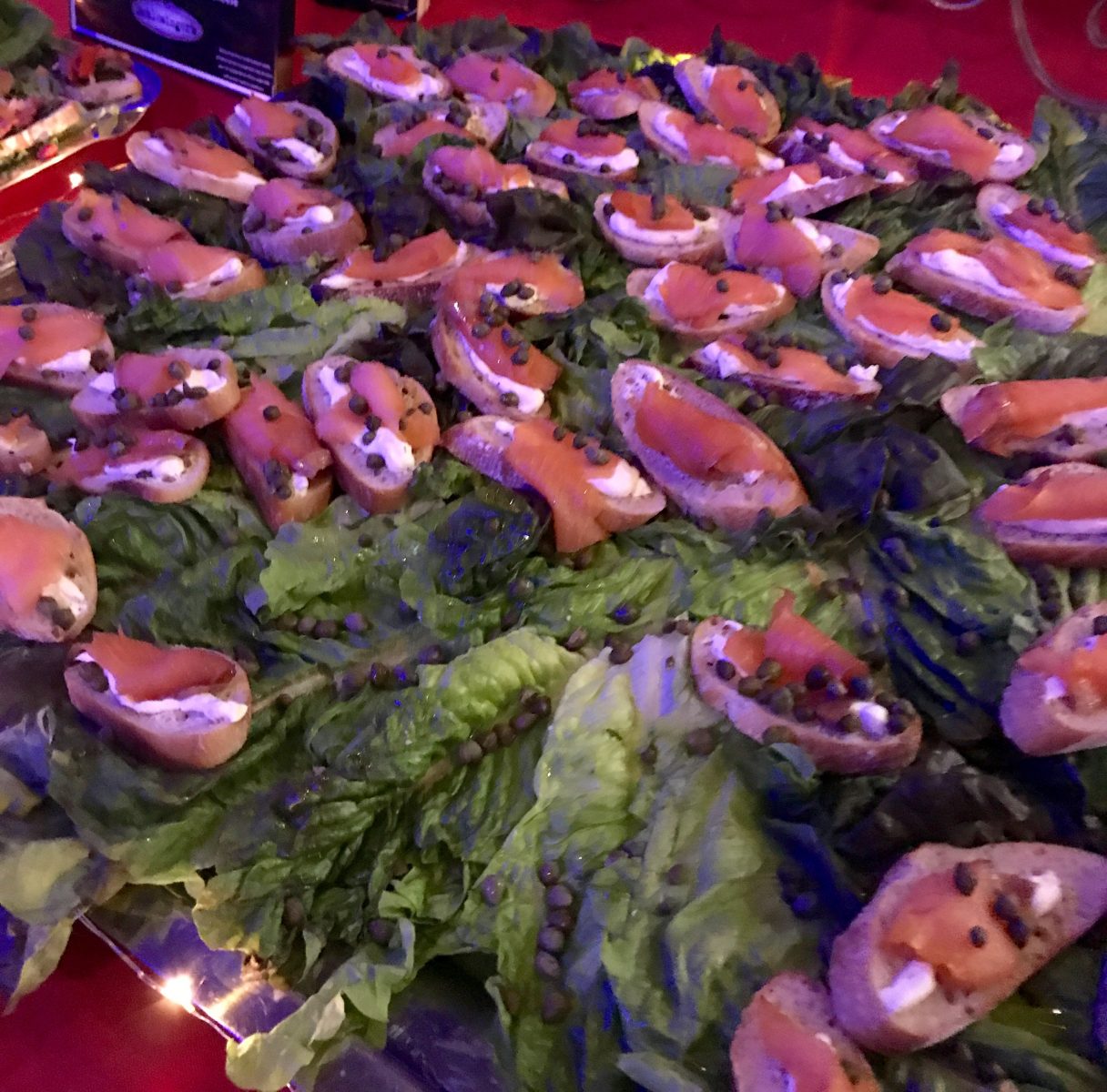 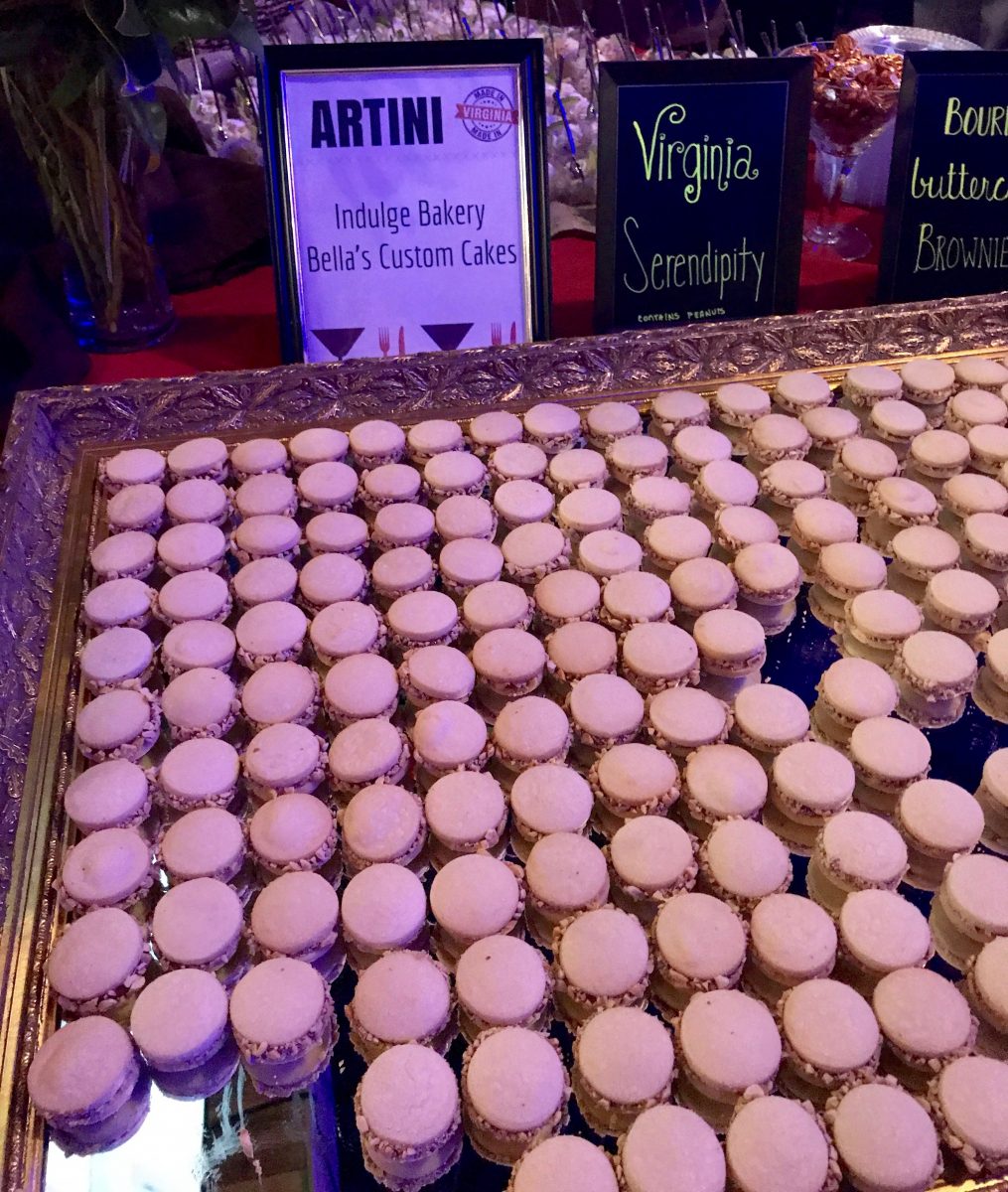 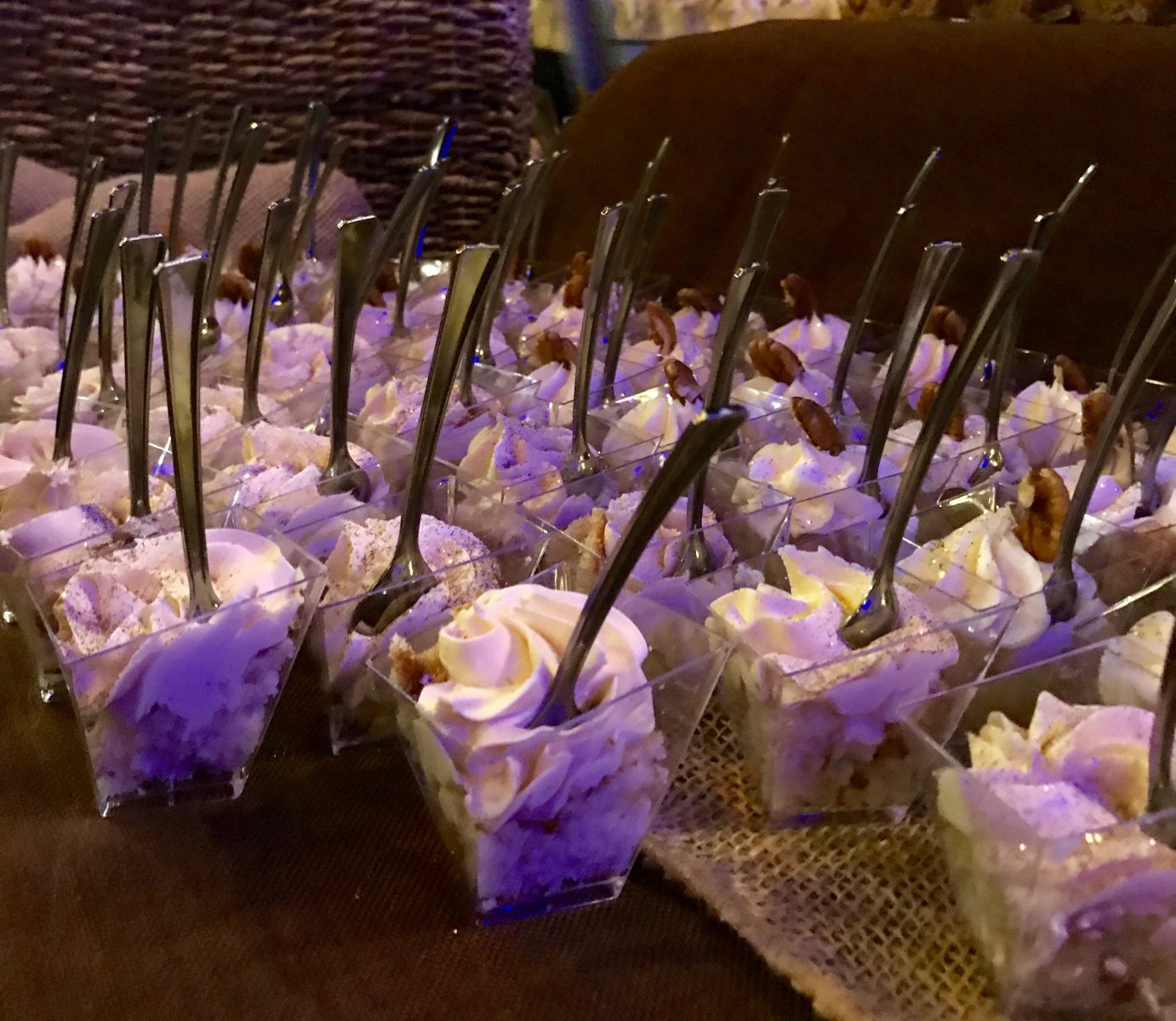 A variety of desserts were offered from Indulge Bakery and Bella's Custom Cakes.

I found one of my favorite eats at Riverwalk Restaurant. After relishing a few rounds of their salmon and scallop ceviche on top of a Big Island Aquaculture oysters on the half shell, I headed to find Fin, as I was craving another round of a martini they put together using Cirrus vodka, ginger beer and local strawberries. The light and refreshing drink was well-balanced and a nice complement to their tasty coconut panna cotta with crab and crushed pistachios.

My next stop was Circa 1918, who offered one of the evening's most artistic looking drinks, featuring Dr. Stoner's Vodka and a housemade tumeric-ginger shrub. I deemed it delicious and refreshing when sipped alongside their spicy ceviche, and the other guests agreed—it received the People's Choice award.

I saved the remainder of my martini sampling tickets for my absolute favorite libation and hoped Cat Keller, Waypoint Seafood & Grill's super crafty mixologist, didn't get sick of seeing me reach out my hand for just one more sip. This Critic's Choice winning cocktail was just that addictive and inspired, and I was glad to find out the other judges agreed with my thoughts on this drink that included Virginia Frost Vodka, Bold Rock Cider, Asian pear, Hungry Hill Raw Honey, Virginia Granny Smith apple sorbet and Virginia bee pollen garnish. Cheers to a true Virginia-made creation. 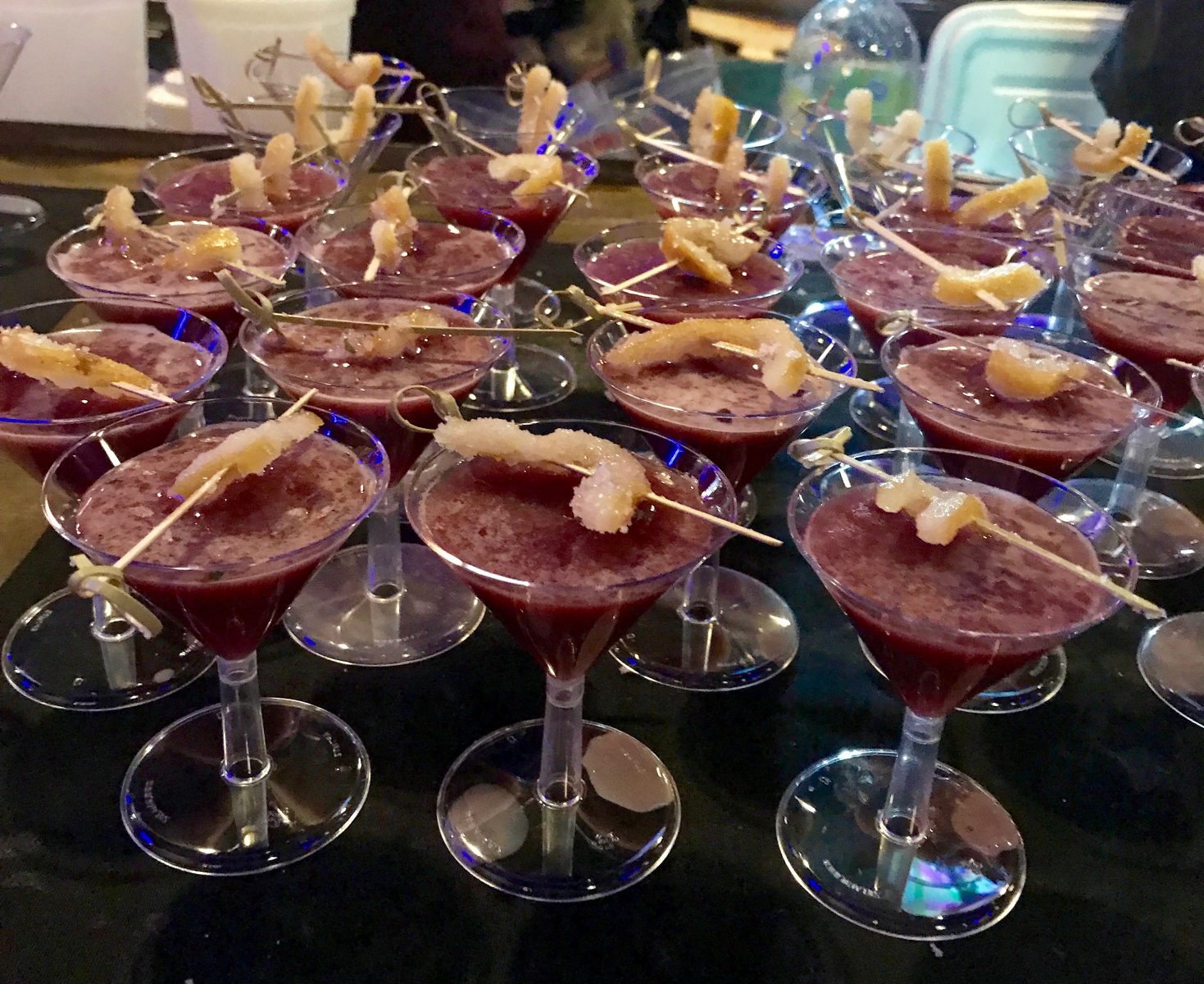 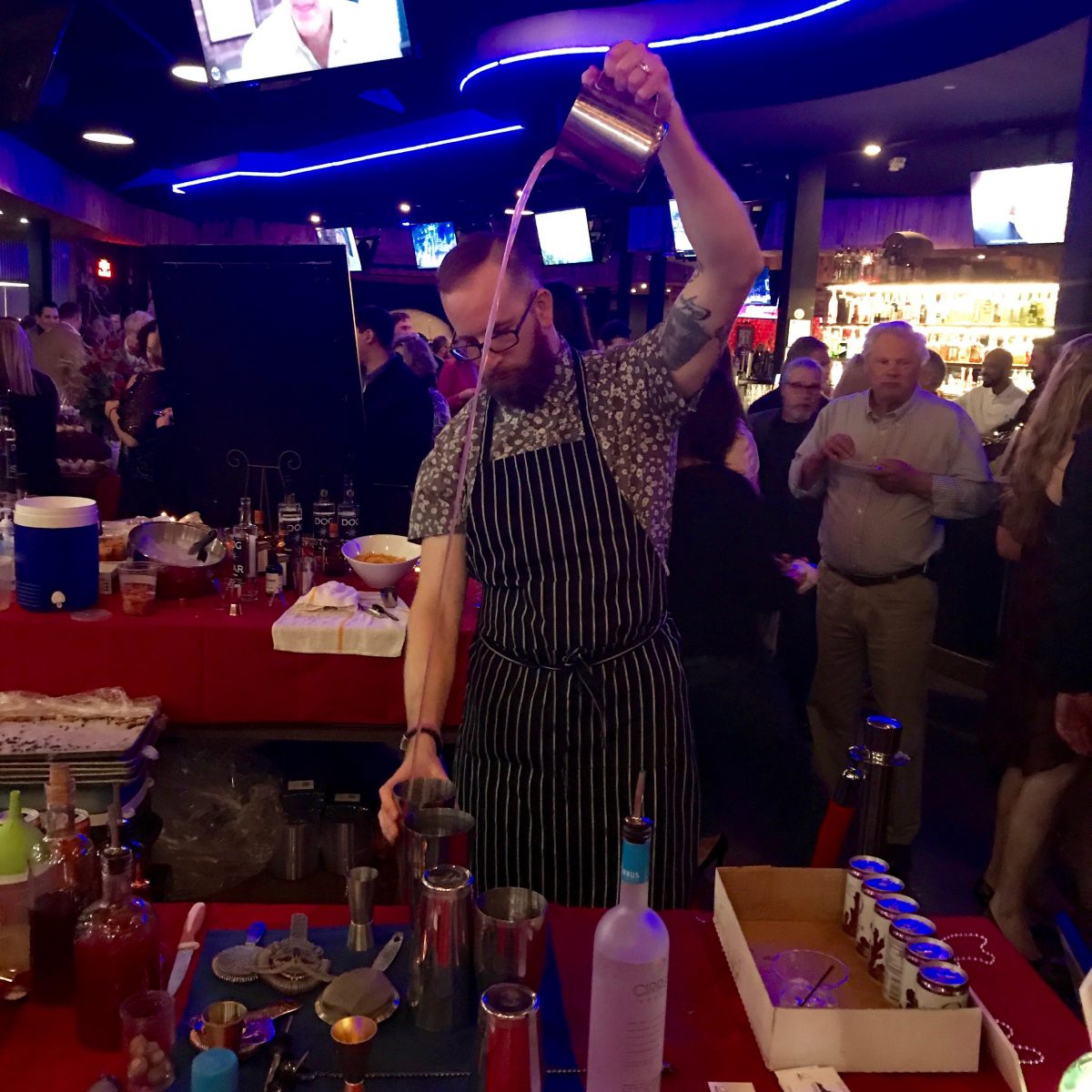 Fin's bartender shows off his skills with a long pour of their cocktail with Cirrus
vodka, ginger beer and local strawberries. 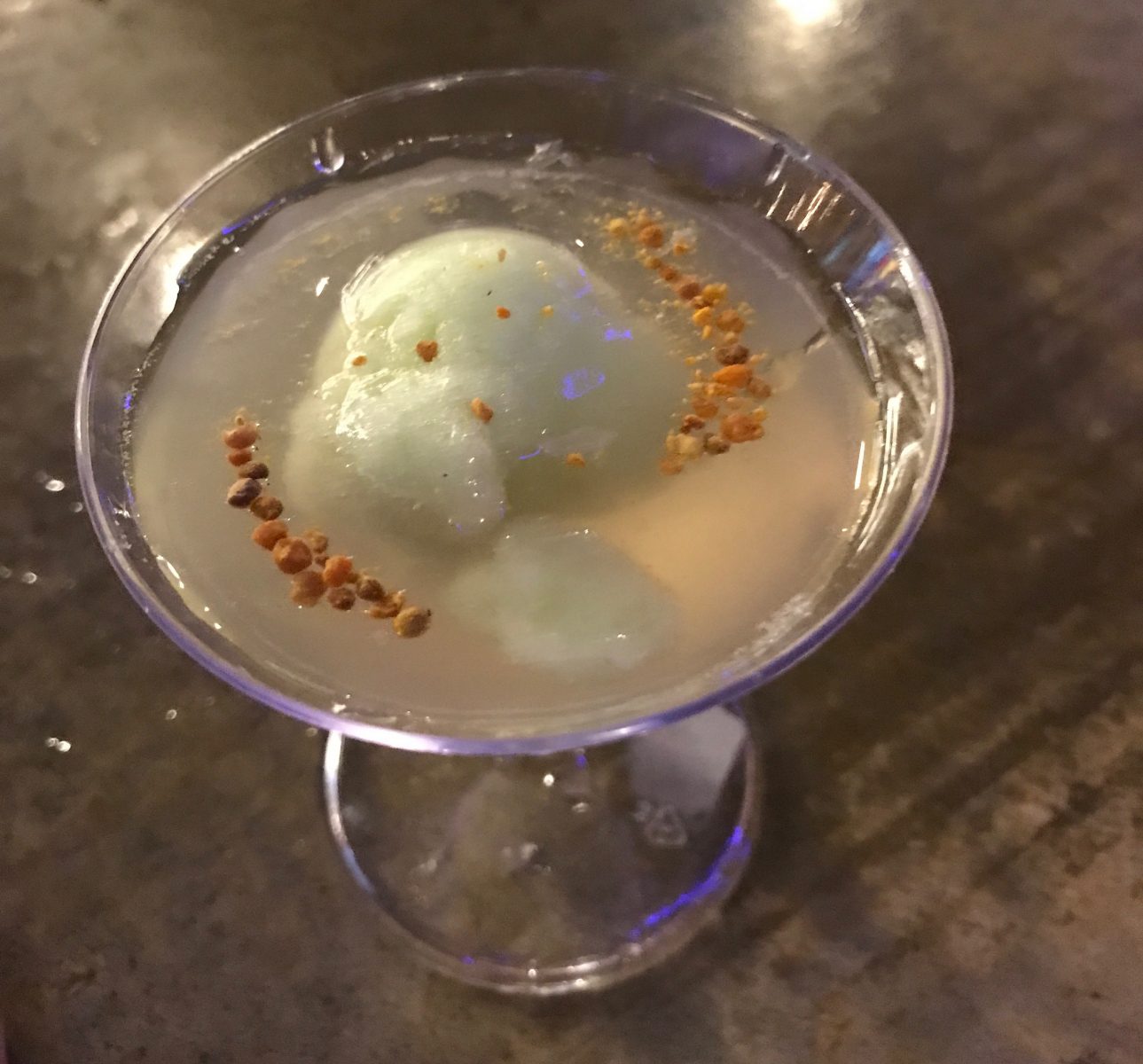 For more information about Pfac and their upcoming events, visit Pfac-Virginia.org.