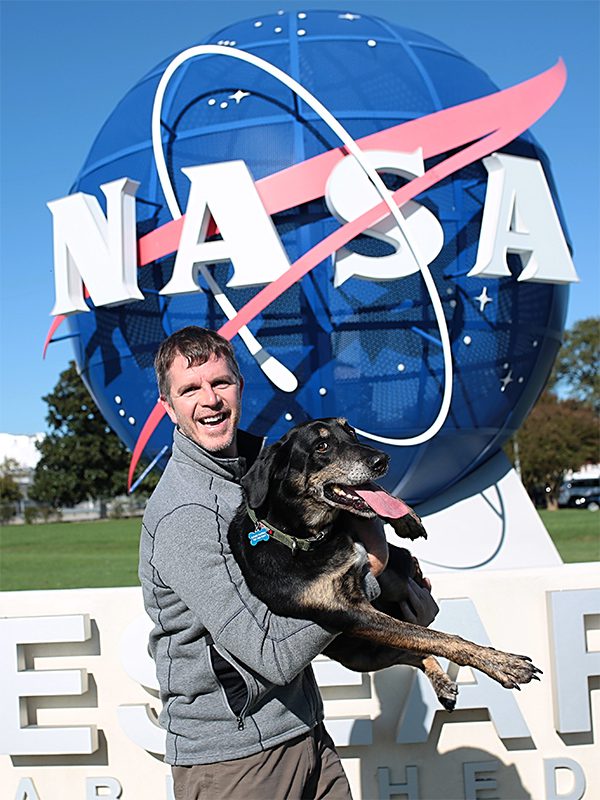 Is being a real rocket scientist as cool as it sounds? Well, yes, according Dave Piatak. “What’s there not to love?!” Dave says, “I get to work on and impact the things that I dreamed of as a child.” Specifically, Dave specializes in aeroelasticity, keeping aircraft, spacecraft and rockets safe from damaging vibrations during flight, including on their way to the International Space Station. But 8-year-old Alistair, picked out of a litter as a puppy at an Amish Farm in Pennsylvania by Dave’s oldest daughter, keeps him down to earth. Alistair is a faithful protector and king of the “leave it” game and is always up for a drive, a swim or a hike into the mountains.