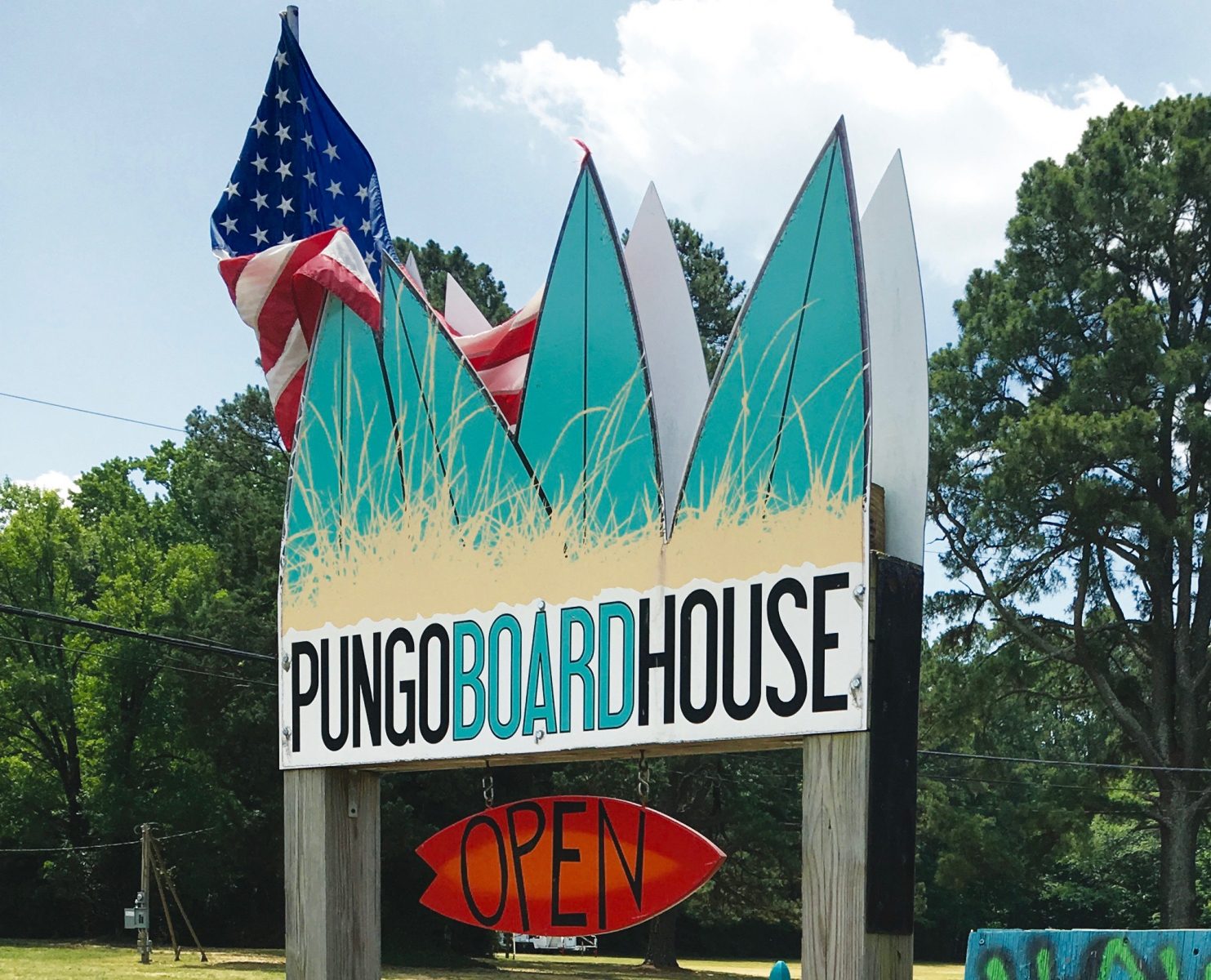 Despite hailing from the bucolic area of Pungo, Dylan Rogers is no stranger to the surf. At just 13 years old, Rogers and his younger brother Lucas were surfing amateur competitions at the Virginia Beach Oceanfront and shredding weekend waves along Sandbridge Beach and the Outer Banks. While Lucas picked up boards and a professional sponsorship from Billabong, Rogers packed his books and headed for Radford University. It was on the Southwest Virginia campus that Rogers met Kari, his classmate-turned-college sweetheart, and the two designed a mock business plan that later came to fruition in the form of a humble surf and skate shop on Princess Anne Road.

Pungo Board House is situated on a two-way road flanked by farmers markets, sprawling lots and country-style eateries. The 12-year-old surf shack appears weathered white beneath its veneer of beach-centric decals and jumbo posters. Its screen door rattles often as locals and passersby rotate through the shop’s collection of gear and Pungo relics.

When Rogers first opened the Board House in early 2007, the recent college grad followed suit of nearby stores, filling his shelves with name brand boards and apparel. Realizing he pigeonholed the shop as a run-of-the-mill surf stop, Rogers later abandoned sponsored gear for the Pungo Board House private label. Nearly every T-shirt, swim trunk, sweatshirt, hat and towel that line the shop are adorned with the custom PBH logo. “I ordered blank apparel and designed them myself,” says Rogers. “I have a local printer that makes stuff for me now.” 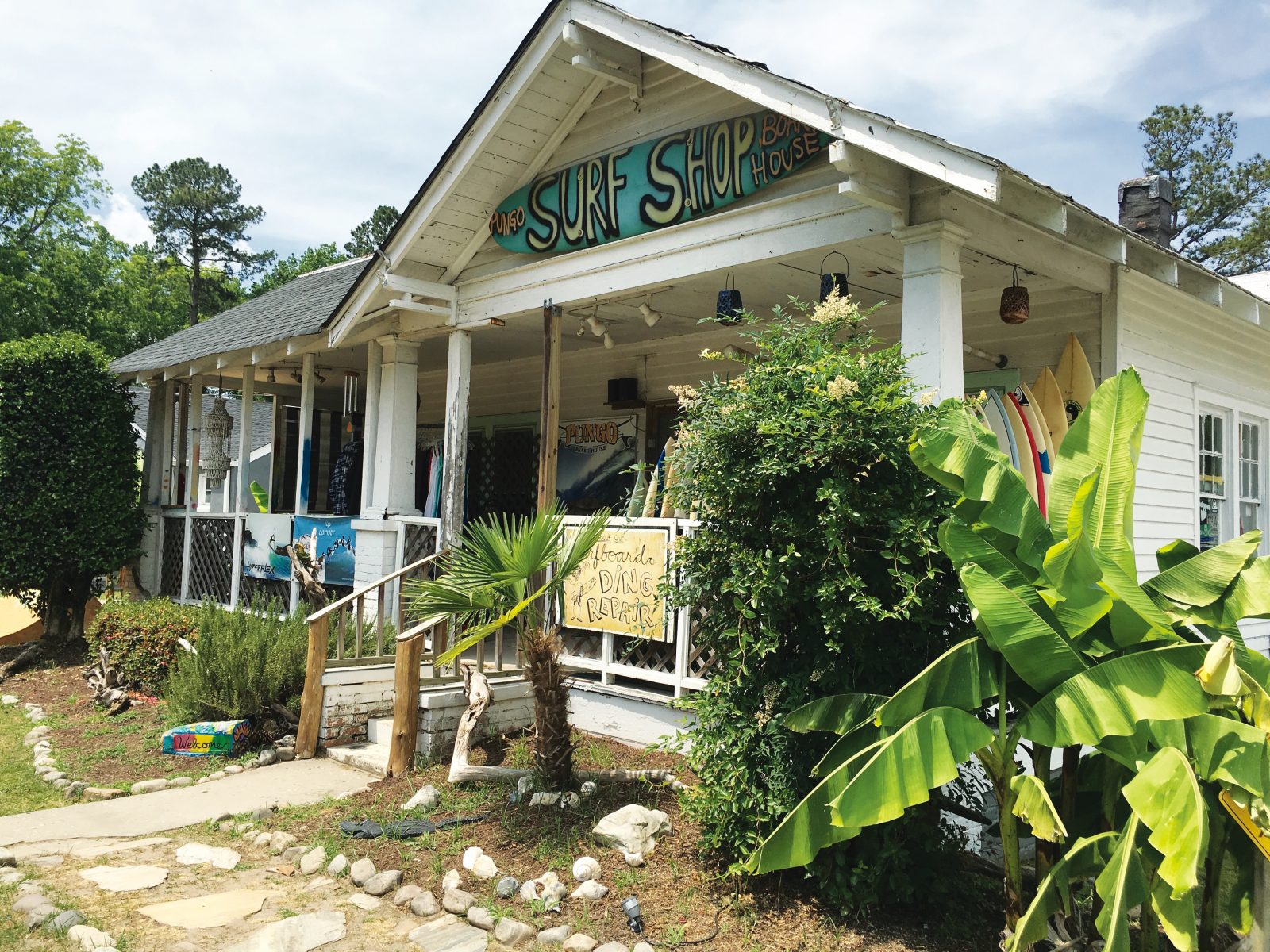 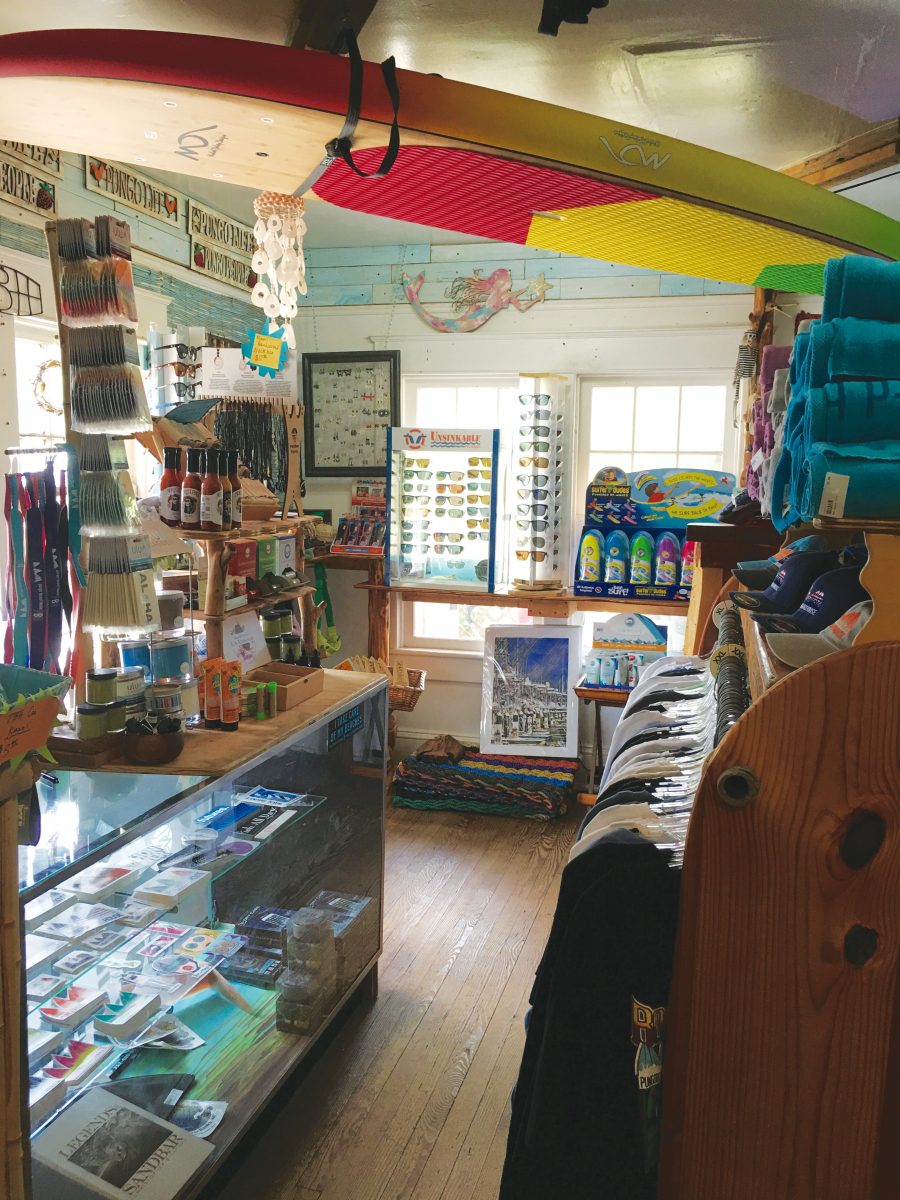 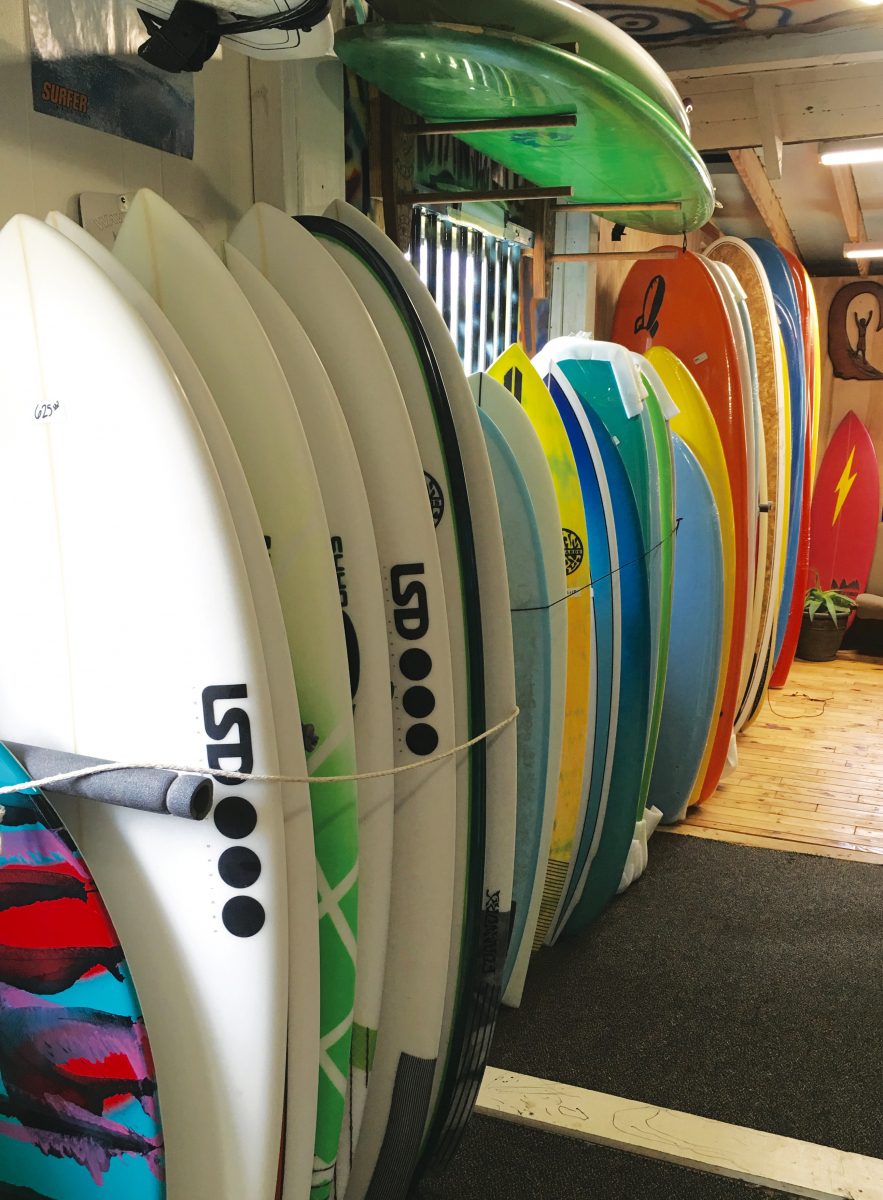 Pungo Board House also vends a selection of sunglasses, wetsuits, jewelry, beach goods, surfing accessories and, of course, surf, boogie and skateboards. One of the shop’s biggest draws, however, is its repair services. Rogers’ repair staff is well versed in the common issues surfers face. Pungo Board House performs professional ding repair for a plethora of materials like epoxy, carbon fiber and polyurethane, and offers custom builds and a rentable fix-it-yourself station. Rogers’ team architects custom skate ramps too, including the large pecan-based ramp in the shop’s back parking lot.

The spirit and contributions of Pungo Board House extend far beyond its wood walls. The local shop is a proud sponsor of the county’s annual Strawberry Festival and hosts a family-centered surf camp every summer. “My dad and I used to host surfing camps when I was home on college breaks,” Rogers shares. “[The camps] are all about taking care of the kids in our community and teaching them about ocean safety, surfing etiquette and being aware of their surroundings.”

Arguably the shop’s most significant event is Ride for a Cause, a charity surf competition hosted every October at Little Island Pier. Rogers adopted the March of Dimes fundraiser from a close friend eight years ago and carries on the legacy and commitment with honor. Every fall, the entry fees and donations from competitors and spectators raise thousands of dollars in support of March of Dimes research.