Raise a Glass for Conservation at Sly Clyde 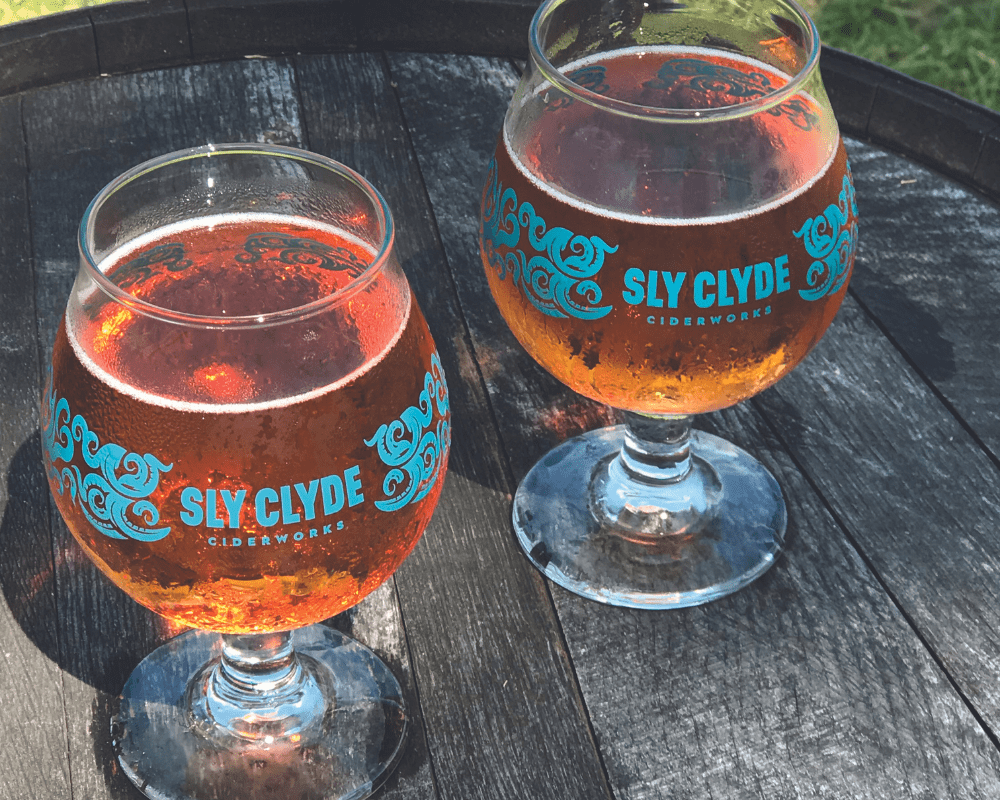 For those who enjoy a good adult beverage but may want a change from your average beer and wine selections, Sly Clyde Ciderworks in the Phoebus neighborhood of Hampton provides an interesting diversion.

With various cider-based offerings ranging from a “blackberry mojito masquerading as a cider” to a craft beer-inspired libation that is “aggressively dry-hopped with Lemondrop hops and bursting with bright citrus and herbal notes,” even people who normally aren’t cider drinkers are finding new favorites at Sly Clyde.  There’s even a “Old-Fashioned cocktail-inspired cider” and a complex cider featuring habanero and rosemary.

And now there’s one more taste treat that has been added to the mix to help save the environment. The Cran-Humboldt is a refreshing combination of cranberry, ginger and lime, offering a crisp quaff that starts and finishes smoothly. The drink was named after Alexander Von Humboldt—one of the most noted naturalists in history—and a portion of every Humboldt-themed purchase will go toward underwriting the carbon credits for the NatureServe Network Van Tour. 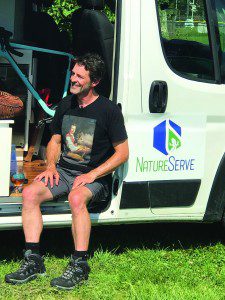 The NatureServe Van Tour is being led by NatureServe’s CEO and president, Sean O’Brien. O’Brien has a Ph.D. in Environmental Sciences with a focus on tropical forest ecology and is journeying across the U.S. and Canada to visit conservation partners in an effort to learn how we can all continue to work together to achieve great outcomes for conservation.

According to a company flyer, NatureServe has been the authoritative source for biodiversity data throughout the Western Hemisphere for nearly 50 years. To protect threatened biodiversity, NatureServe works with a network of more than 100 programs to collect, manage, and analyze standardized information on imperiled species and ecosystems.

“My brother Tim and I are really dedicated to the environment for several reasons,” says Doug Smith, co-owner of Sly Clyde. “When we think about the kinds of organizations we want to get behind, NatureServe is a great example of one of those. Dr. Sean O’Brien handles the data that tracks vulnerable species that are at risk. When he told me about this tour he’s doing, I told him that I would really like Sly Clyde to support that.”

A carbon credit is a generic term for a “permit” that allows the company that holds it to emit a certain amount of carbon dioxide or other greenhouse gases. “Dr. O’Brien is eventually going to be in all 50 states,” says Smith. “He’s going to be using vans and transportation for all that. That’s carbon. That’s petroleum. In some ways, he has to do that in order to get the word out. So, you can actually buy carbon credits on the market to underwrite the cost of what that means to the environment. It’s a creative way for Sly Clyde to be able to support NatureServe, and it gives us another opportunity to talk about the environment.” 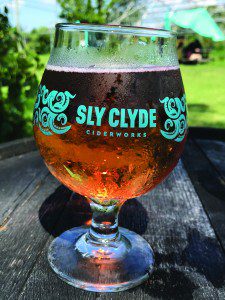 O’Brien was already considering the effect his tour would have on the environment before the van was even purchased. “Climate change is one of the biggest threats to species,” O’Brien says. “We can’t not address the fact that this is a climate-intensive activity. So, I talked to Doug before we even had the van, to consider whether or not he would sponsor the carbon offsets. With Sly Clyde’s support, we’re covering the gas. We looked into the carbon associated with building the van and the build-out of the van, as well as any food and trips. We’ve tried to double the amount of carbon being pulled out compared to what we’re contributing. It’s important for an organization like ours to pay attention to that and put our money where our mouth is.”

Supporters of the NatureServe Network Van Tour can also help by raising a glass of Cran-Humboldt and toasting to the good health of the Earth and all its inhabitants.

Visit NatureServe.org to find out more on what they do and make a donation or Adopt-A-Species. NatureServe is a non-profit organization that relies on donations from individuals to support the work they do.