On a Friday evening in Harrisonburg, I hit the street at the center of the city, looking up toward the grand clock tower of Rockingham County Courthouse as its white stones deflect off hues of twilight orange from the sunset. The historic landmark built in the 1890s at Court Square serves as a navigation point for the walkable downtown district and its mesh of galleries, shops and restaurants.

I turn into Capital Ale House during its annual barrel-aged tap takeover, which has poured as many as 700 glasses of barrel-aged beers for drinking all during one night. The event commemorates the start of Resolute Weekend, one of the largest Virginia beer gatherings of the year celebrating the release of Brothers Craft Brewing’s Resolute Bourbon Barrel-aged Russian Imperial Stout.

With a daunting number of pours at the bar, I decisively ask for a small snifter of the sought-after Sam Adams Utopias, an extreme barrel-aged beer illegal in about a dozen states due to its superfluous level of alcohol content—28 percent. Too many of these, and you’ll be seeing double before being down for the count.

The limited-release, refined yet radical ale appears ruby-colored and tastes of dark fruit, cherry and vanilla, reminiscent to the flavors of port, Cognac and sherry. The 10th anniversary edition of the brew is a blend of different batches of Utopias, some of which have been aging for 24 years in different barrels. Empty bottles alone sell for over $100 online, as they’re made from copper and porcelain and resemble a spirit decanter. 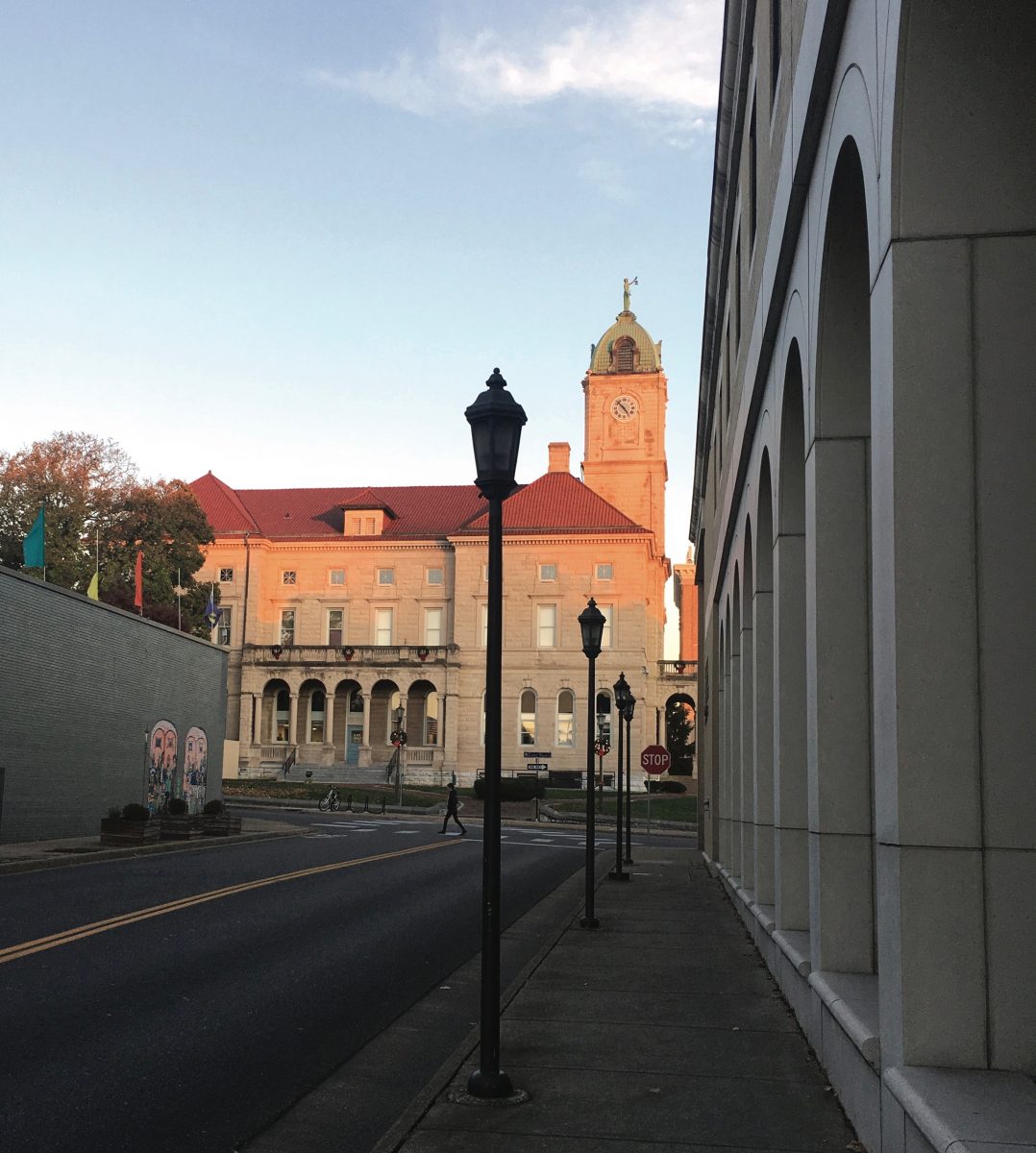 The sun sets on Harrisonburg's Rockingham County Courthouse, built in the 1890s. 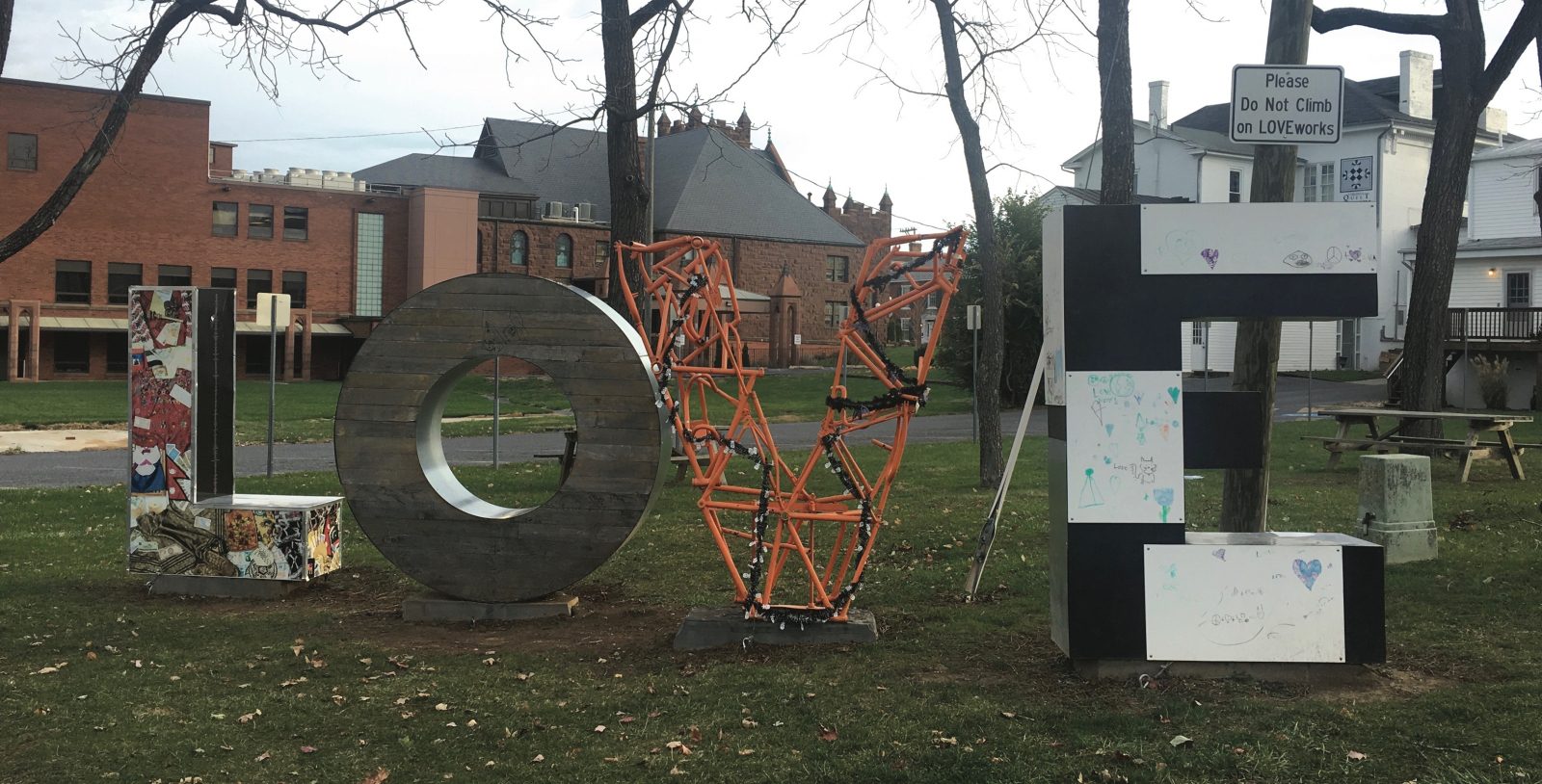 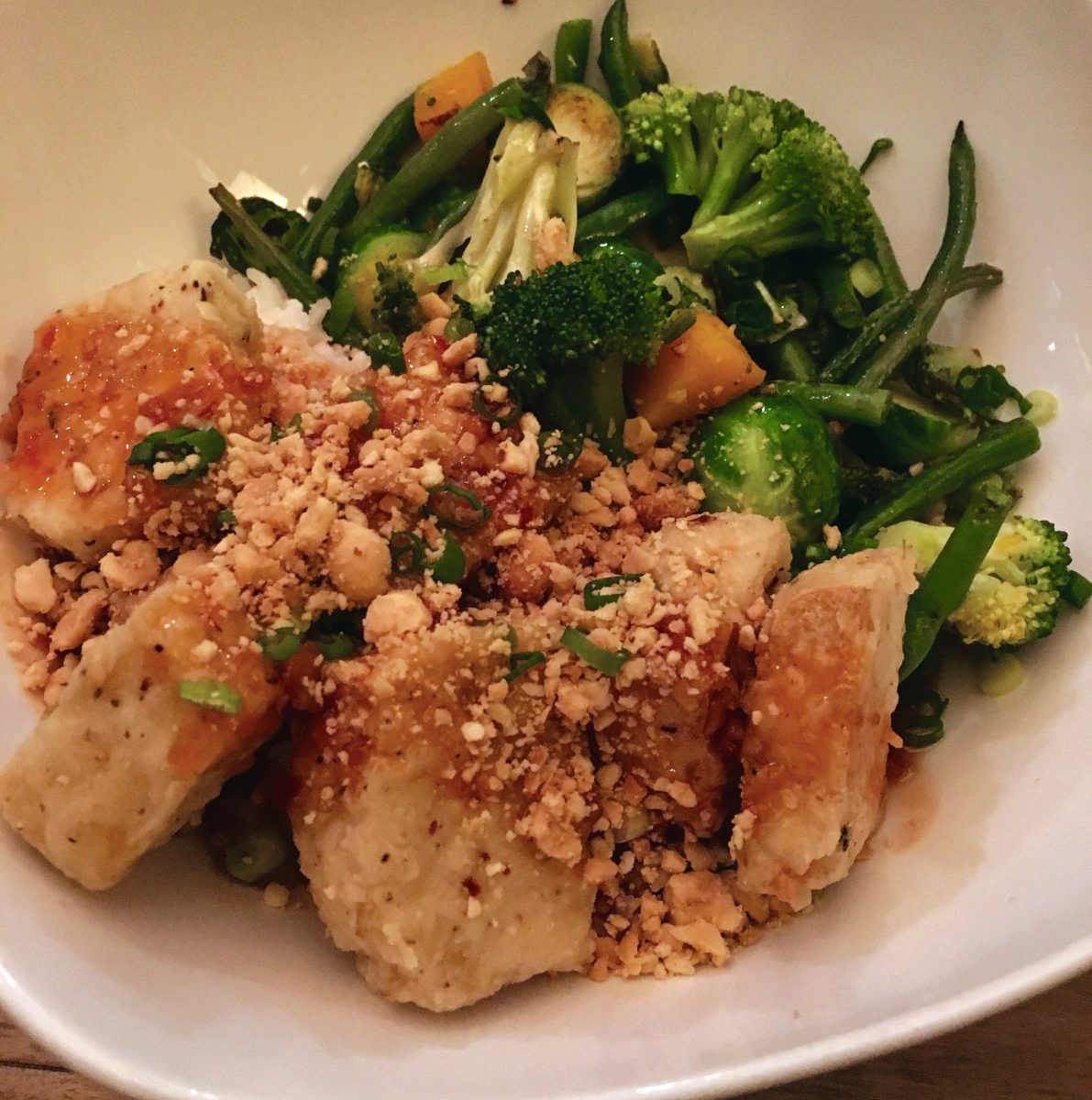 When in need of nourishment, Harrisonburg comfortably has you covered, as Downtown was designated as the first Culinary District in the commonwealth for its selection of over 35 locally owned restaurants. All huddled within a few blocks, several establishments seem so part of the fabric of the town that locals could say they know them on a first name basis—Clementine Café, Ruby’s Arcade, Jack Brown’s Beer & Burger Joint and Billy Jack’s Wing and Draft Shack. With glowing streetlamps illuminating the night, I make my way to the hip and sleek Food.Bar.Food to grab a bite. It’s an eatery specializing in craft cocktails and global foods, such as bowls of Thai curry noodles and lo mein, plates of falafel and fish tacos. 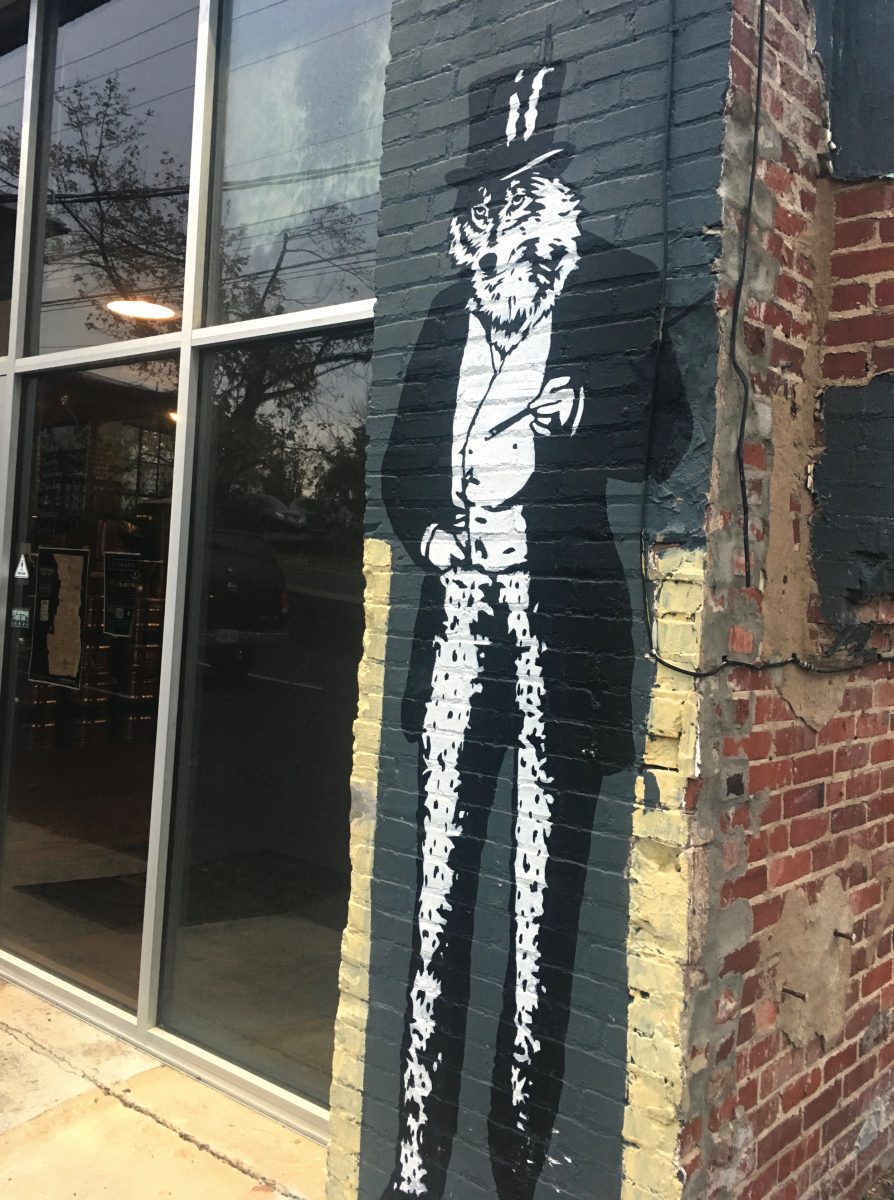 A wolf dressed to the nines at Restless Moons Brewing.

There’s no shortage of breweries in this town either, and each with its own distinct style. Pale Fire, named for the novel by Nabokov, plays into its literary and musical influences, with vinyl records on the wall and a cozy fireplace encased by a bookshelf so you can read while you drink. A walk taking you past public art murals on buildings beyond the railroad tracks leads to Restless Moons Brewing (formerly Wolfe Street Brewing), greeting visitors to its tasting room decked out in wood and paintings of a wolf dressed to the nines with a top hat, waistcoat and cane. I stop into The Friendly Fermenter, a nanobrewery and a brew-on-site homebrew shop. True to its name, I’m invited back behind the bar by a beertender to further inspect their brewing equipment, learning more about their small batches. A few doors down you’ll find an outpost location for Charlottesville’s Three Notch’d Brewing. And on Main Street sits Brothers Craft Brewing, readying kegs and barrels on the eve of Resolute Day. 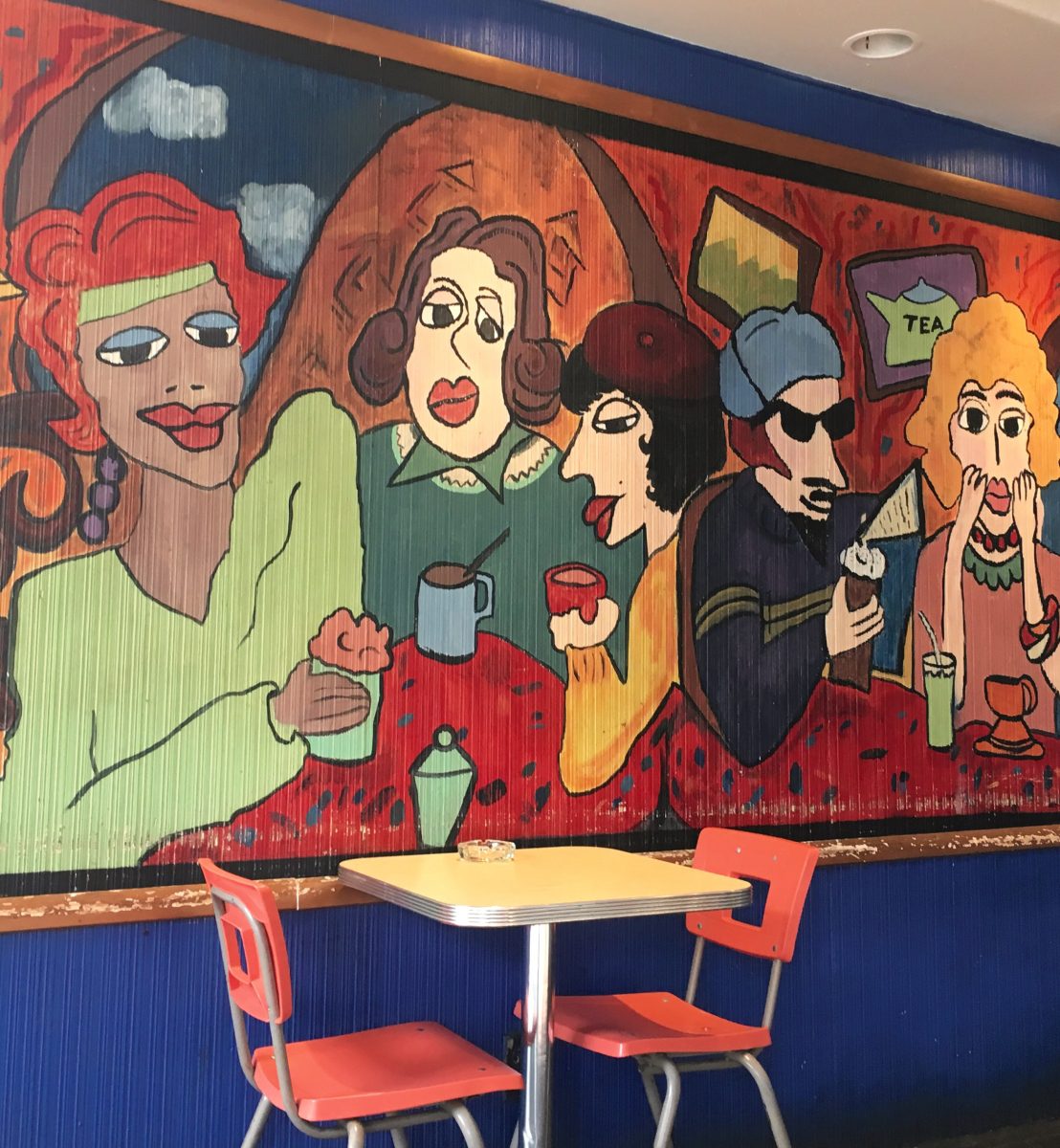 Awaking in the morning, daylight shines on the horizon over the valley in the Shenandoah. My caffeine cravings subside with a visit to Artful Dodger, a café and lounge retrofit with vintage televisions and radios and bravado for serving lattes, cappuccinos and macchiatos.

The Harrisonburg Farmers Market convenes at the Turner Pavilion, a community collaborative with handcrafted and farmed goods supporting the region’s farmers and producers. It’s from here that I catch a ride to Brothers to get my hands on Resolute, a boozy mix of chocolate, oak, vanilla and espresso nine months in the making.

Set in a former Coca-Cola bottling plant on the outskirts of Downtown, Brothers Craft Brewing was founded with a desire to start a family business, combining Adam Shifflett’s skills in homebrewing, Jason Shifflett’s business and sales experience and Tyler Shifflett’s degree in microbiology. The hype quickly heightened for the release of their flagship Bourbon Barrel Russian Imperial Stout, Resolute, its variants and the event surrounding its release. “We would have several hundred people lined up outside from the early hours of the morning,” shares Head Brewer Chris Ward. Its notoriety spread like wildfire as Resolute Weekend grew, exemplary to the love and labor that Ward, the brothers and the entire brewery put into crafting the beer. “I think it is just the pinnacle example of the pride we take in our product.” 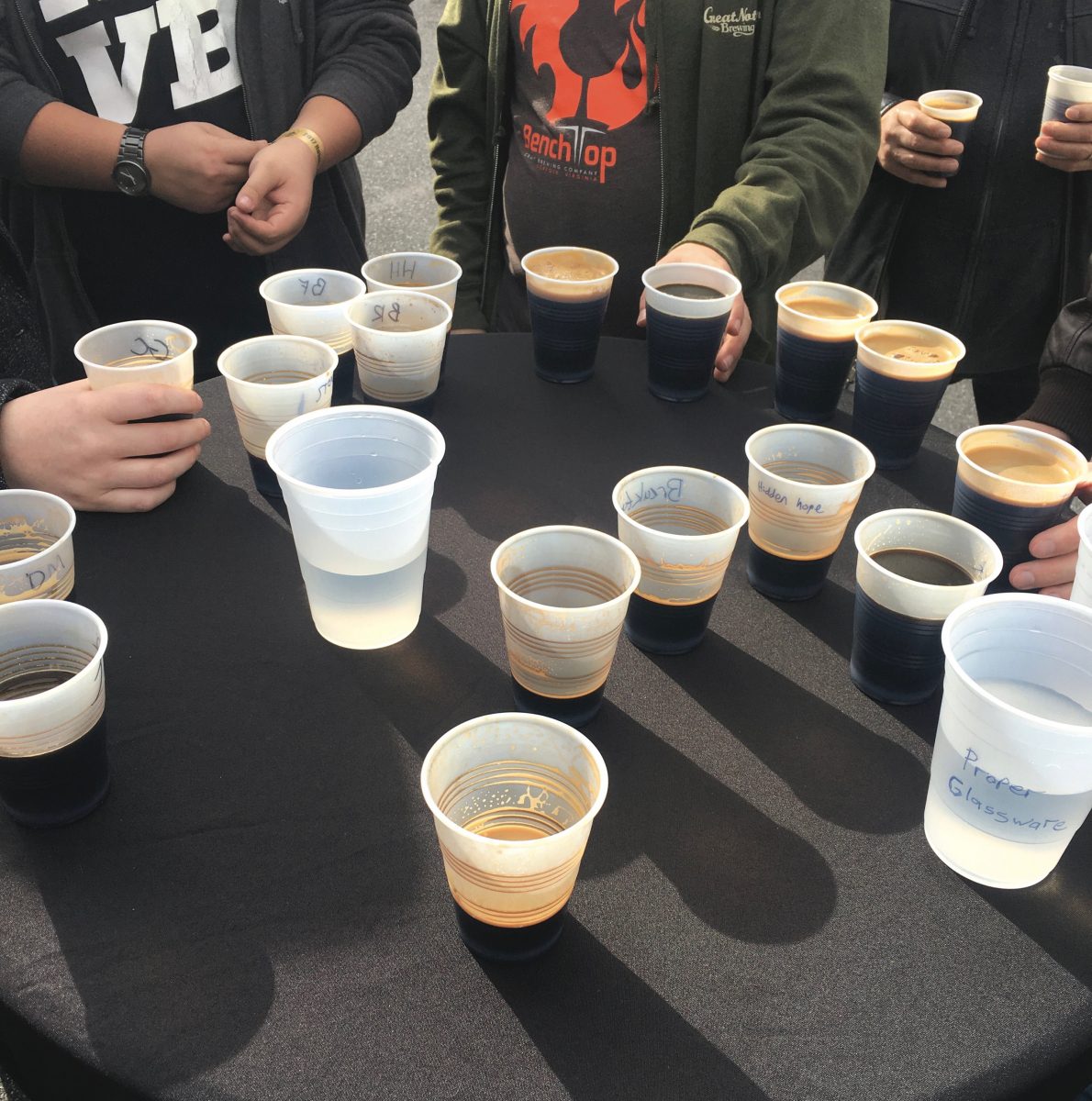 Several variants of Resolute along with special guest taps and pins were served on
Resolute Day at Brothers Craft Brewing.

Gathering with a group of food trucks, guest taps, music and friends, I imbibe several variants of Resolute, cherishing the beer bringing us together and appreciating the meticulous craftsmanship involved in its creation. “There are a lot of steps along the way in the brewing and aging process, and we are obsessive about each of them,” Ward shares as part of the story to Resolute’s success. “I really believe the event plays a big part of it too. Some things taste better when you have all these positive associations of who you were with and what was going on.”

Based on today's experience, with sentiment of the Valley’s strong presence in arts and cuisine, the lure of the mountains and the friendly community in the characteristically delightful small town, I am resolute in my belief that Brothers—and Harrisonburg as a whole—has gained a new devotee.

Start crafting your next getaway at VisitHarrisonburgVa.com.

Harrisonburg On The Horizon

Uncover more of Harrisonburg with these hangouts and hikes.

It’s a little eatery with big portions and a menu with an eclectic collection of vegetarian and vegan focused foods. Breakfast brings a selection of any-style eggs and tofu scrambles, stacks of pancakes and biscuits and groovy gravy, while there’s plenty more to munch on at lunch with nachos, burritos and burgers. LilGrill.com

This crafty spot located in Harrisonburg’s refurbished Ice House building excels in excellent espressos and pour over coffees curated by bearded and beanie-wearing baristas. Treat yourself to a frothy black beverage and small plates of baked goods. BlackSheepCoffeeHburg.com

Take a hike as you take in some scenery at the arboretum and botanical garden, with winding trails beneath a canopy of trees. A shaded stroll through the forest leads you to the rock labyrinth, a peaceful place for thoughtful reflection. JMU.edu/Arboretum

The 74-acre park is a recreational escape in the foothills just outside of downtown. Over a mile of woodland walking trails bend throughout its landscape, with access to adventuresome mountain biking paths. HarrisonburgVa.gov/Hillandale-Park