Need Motivation and Accountability? Lacing Up with Your Pup Offers Benefits for Both of You.

From 5Ks and marathons to everything in between, Kim “Rooster” Rossiter and his daughter Ainsley ran 100 races together during her life. When she passed away in 2016 from a rare neurological disorder, Rossiter kept on running … and running. He headed outside to heal for an impressive 1,492 days straight.

Due to Ainsley’s inability to communicate or walk, Rossiter says he was initially captivated the first time he ran with her at the Virginia Beach Oceanfront in 2008.

“I was truly touched by her reaction to the wind hitting her face,” he says. “Immediately on that day, I became a runner for my daughter.” His passion and form of therapy continued and became the inspiration for Ainsley’s Angels of America, a nonprofit with a mission to ensure everyone can experience endurance events with the help of Angel Runners who push athletes with special needs.

A year after he lost Ainsley, and still running daily, Rossiter began to miss having a companion to join him on his jogs. His family decided to welcome Rocky the Labradoodle into their lives and trained him to be a valued member of a family of runners.

“We got to a point where [Rocky] would see me grab my running shoes or notice what I was wearing and know it was time for a run,” says Rossiter. “He would perk up and wag. It was great to see how excited he would get and also great to have a new running buddy.”

Kate Baldwin, the chief communications and community relations officer with the Virginia Beach SPCA, says that dogs look forward to runs, but if you and your pup are just learning how to enjoy them together, make sure you ease into the distance slowly.

“Training is just as important for your pet as it is for you,” she says.

When Rossiter started running with Rocky, they began with half-mile jogs when the dog was 6 months old and worked up to a mile at 10 or 11 months. The furthest distance they achieved was 5 miles. Rossiter says he always made sure Rocky stayed hydrated and that the pads of his paws were not affected by asphalt during their two to three weekly jaunts.

“You should be mindful of the surface upon which you run, as your pet’s paws aren’t protected from the repeated impact with harder surfaces,” says Baldwin. “We get to wear shoes, they don’t.”

Baldwin also recommends training your dog to run on one side because weaving back and forth can cause problems when you add speed to your stride. And don’t forget to be mindful of appropriate running gear, she says.

“If you are earlier in the training process, you may want to look for a running harness with less length on the leash,” she says. “If you’re comfortable running together at a faster pace, the leash/belt combo is a top choice among runners. As for which products are best, it really comes down to personal preference.”

If you know you plan to train your dog to join you on runs, be aware that short-nosed breeds are not built for running. Baldwin says the natural design of their airway makes it difficult to breathe, especially when their heart rate is elevated. Other breeds have different needs, so you should do some research on what is best for your pet. She recommends the American Veterinary Medical Association website or your family veterinarian as great resources on the subject.

Once you settle on the perfect pet and exercise companion, running can help keep you both physically fit.

“It can ward off obesity and even heart disease,” says Baldwin. “What is less obvious, however, is that it can boost your pet’s confidence, which is central to mental health. But most importantly, running with your dog strengthens your connection. The bond we have with our pets is undeniably special, and any time spent together is precious.”

Rossiter understands that bond well, as do many of his Ainsley’s Angels riders, who often run with dogs and enjoy special relationships with the animals. Rocky continues to run with Rossiter and provides continued health and therapeutic benefits. He says Ainsley is always with them in spirit.

“Prior to Rocky all of my running was done with Ainsley,” he says. “It was great to have a companion to join me again. Essentially it is the three of us.”

Whether you prefer nature trails or soft sand, try bringing your dog to these places for some scenic exercise. 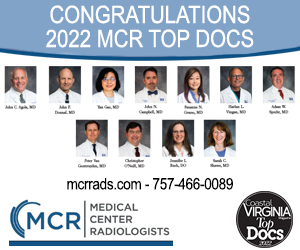