With deep family ties in Phoebus, Tim and Doug Smith of Sly Clyde Ciderworks have found a delicious niche 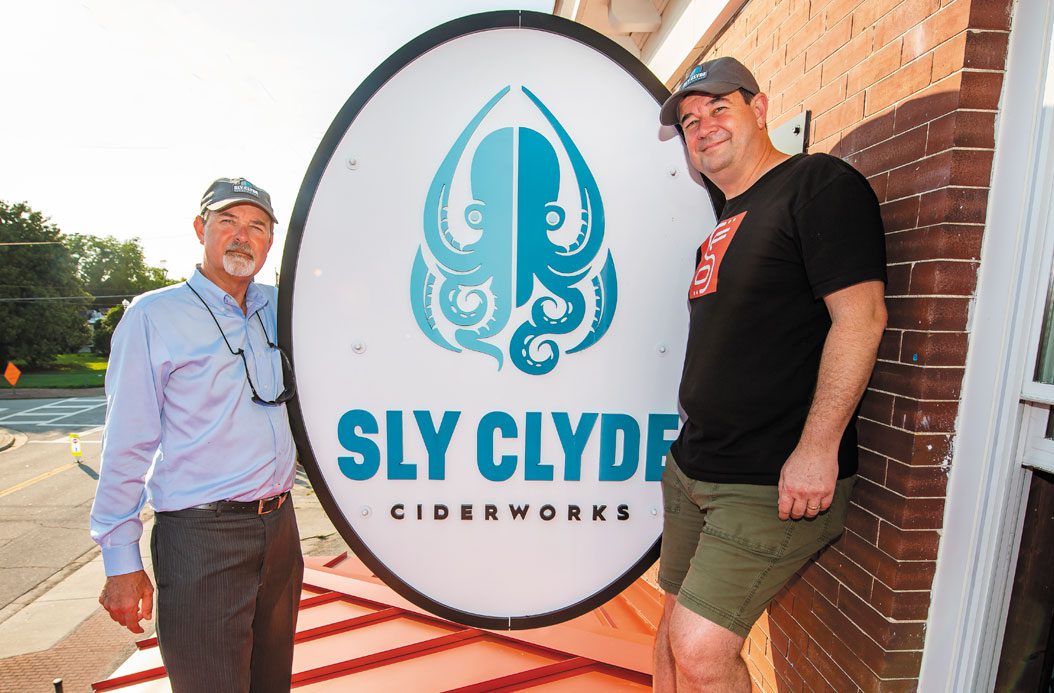 The Smith brothers’ family has been in business in Phoebus for more than 100 years. Sly Clyde Ciderworks, their popular craft cidery located in the heart of the historic Hampton neighborhood, is an homage to their grandfather, whose previous home is now their taproom.

Tim and Doug Smith are pleased to be part of the renaissance of Phoebus. According to Tim, seven years ago, you could stand in the middle of Mellen Street for five minutes and not have to worry about getting hit by a car. Today, you need to be careful crossing the street on the weekends.

“There’s a lot that has happened in the last four years,” says Doug. “The big thing was bringing the building back and signaling to the community that we’re going to make a big investment in Hampton, particularly in Phoebus, and I think that’s been great for Phoebus.”

Tim and Doug’s grandfather, H. Clyde Smith, lived in the house located on 207 E. Mellen Street where the cidery now sits. The brothers say Clyde always seemed to have a sly smile on his face, as if he had a few secrets about life he was waiting for the boys to learn. Thus, they came up with a name for the company that reflected both his calm demeanor and wicked sense of humor, as well as that sly smile. 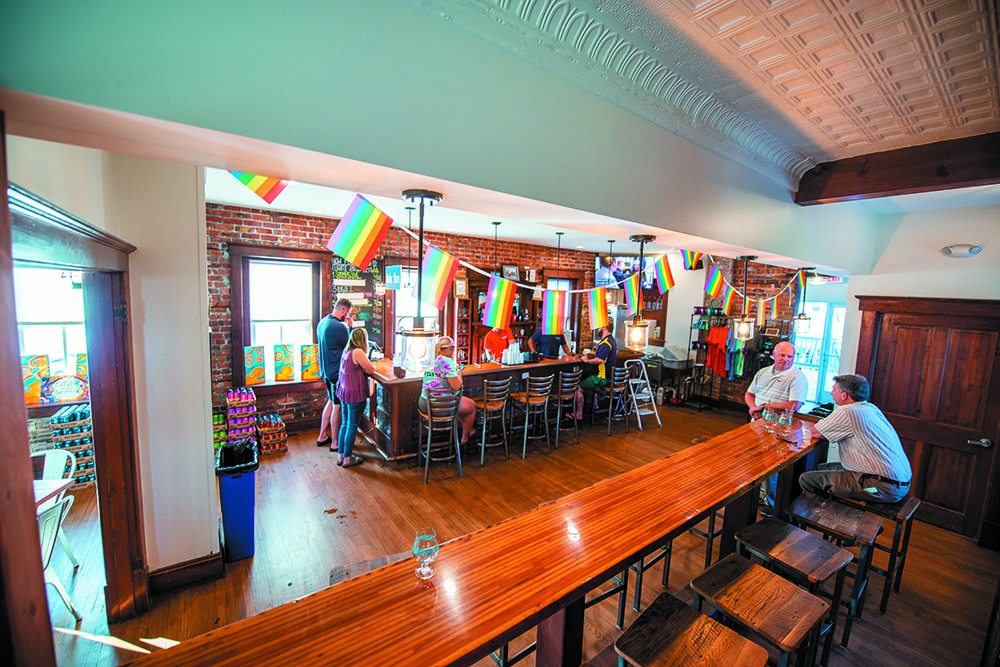 The home was sold when Tim was in high school. When the tenant decided to retire and close his florist business next door, the Smith family took it back over. “I came down and looked at the property, and it was a mess,” says Tim. “There was rain coming through the roof and going through the second floor, through the first floor, then into the basement. There had been a lot of coverups to things that were still functional, but you could see what was going on. It was in terrible shape.”

Tim did a lot of the demo and remodeling himself after the City of Hampton proposed he teardown the building and put up a mixed-use facility with rental spaces upstairs and retail areas on the ground floor. With a price tag of approximately $3.5 million, Tim declined and moved forward with his own plan.

“We were thinking brewery, initially,” says Tim. “We were going to renovate the property and lease it out. Then someone suggested cider. And while making cider is easy if you’re only making five gallons, making 1,000 gallons is not so easy. But after doing some research, I thought it could be done. That’s when Doug came to me and said, ‘You need a partner.’ Doug is really good at marketing and dealing with the government and I’m not. Once we decided we were going to do it, it was an interesting process. People were literally like, ‘Really? Cider? In Phoebus?’ But we had already started applying for the licenses.” 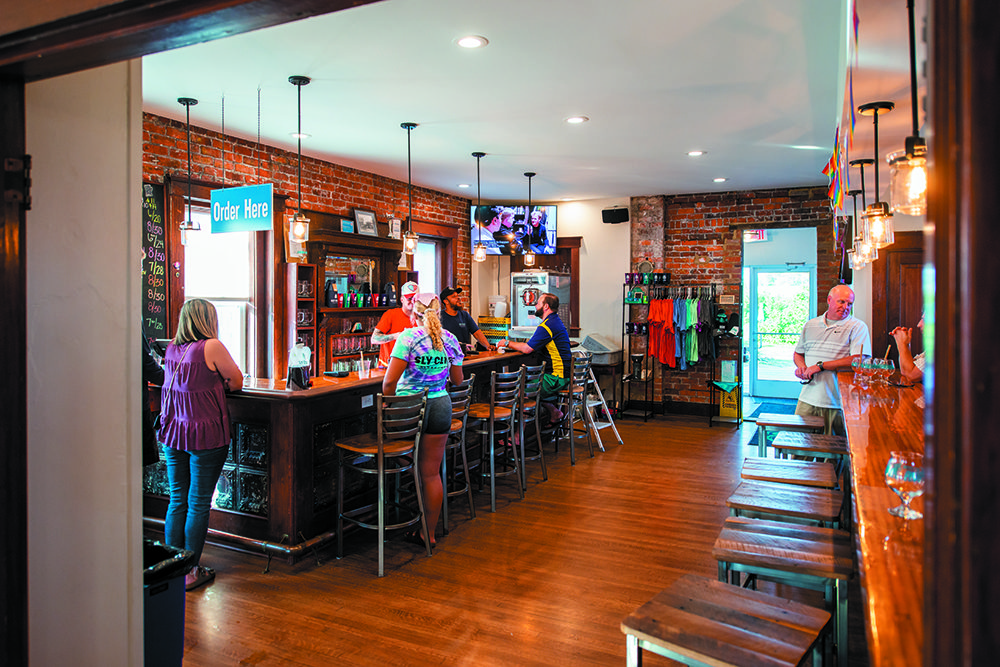 Today, they can’t make enough product to keep up with demand. They are currently in the process of building a new production facility after an exhaustive search of the area, which failed to turn up a building they could purchase that had the 30-foot ceilings they will need.

“It’s fair to say what we have done to date is kind of a phase one,” says Doug. “We’ve got plans for what else is going to happen here in Phoebus. The takeaway really is that we’re dedicated to the Phoebus community, and we know we’re always going to have a place here in Phoebus, so we’ll continue to phase in what that looks like, and we’ll make sure it’s appropriate.”

Do they ever hope to be a nationally recognized brand? No. But they are comfortable with expanding their distribution area as long as people are happy with their product.

“It’s hard for local cideries like us to even consider competing with the likes of Angry Orchard or Bold Rock,” says Doug. “They’re the number one and number two brands in the country, but they’re not craft products. They are owned by big conglomerate companies that are just gunning to be national. We’re just not. We’re happy to be a coastal brand, feeling local and relaxed.” 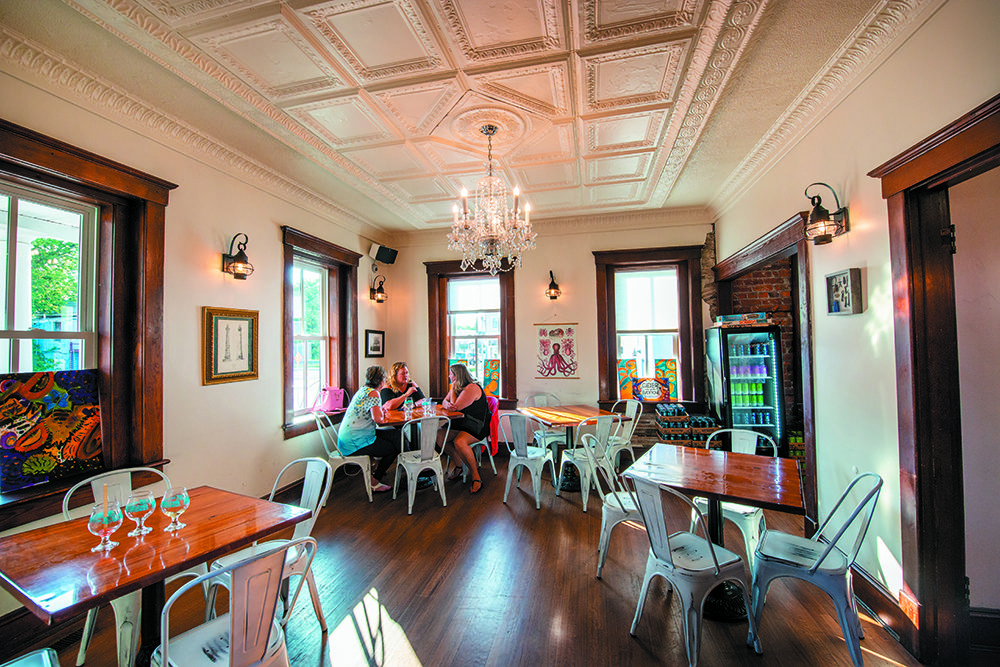 Both brothers agree that kudos need to go to their production team and the other team members who have contributed to Sly Clyde’s success.

“When we started this, we told the cider makers to create ciders that people want to gather around when they want to talk and get to know each other,” says Doug. “So, it’s not about us. It’s about the experience our customers are having. And we’ve been able to make that happen through ciders that are easy and drinkable.

Our production team is very creative, and they have done a great job at what we tasked them to do.” 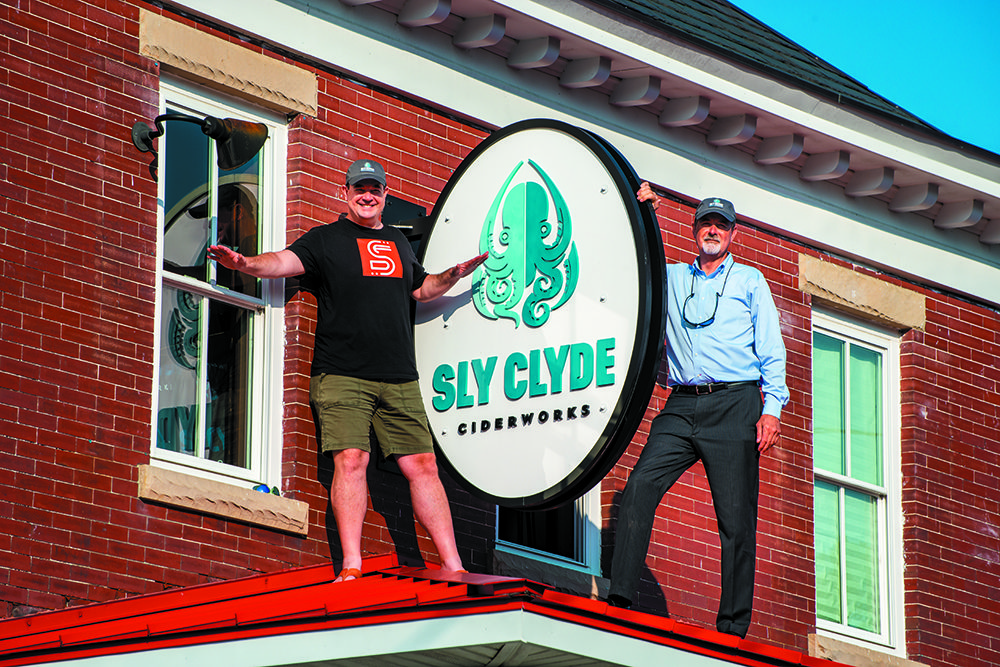