The original restaurant, Stripers Bar & Grille, is best known for serving some of the best seafood in the Outer Banks. The new Waterside location brings that same commitment to local flavor in its house-made lunch, dinner and brunch dishes.

“We’re excited to showcase our local recipes to the community, visitors and anyone with an appetite for fresh seafood and scenic waterfront dining,” said Alfredo Landazuri, director of operations at Stripers Waterside. 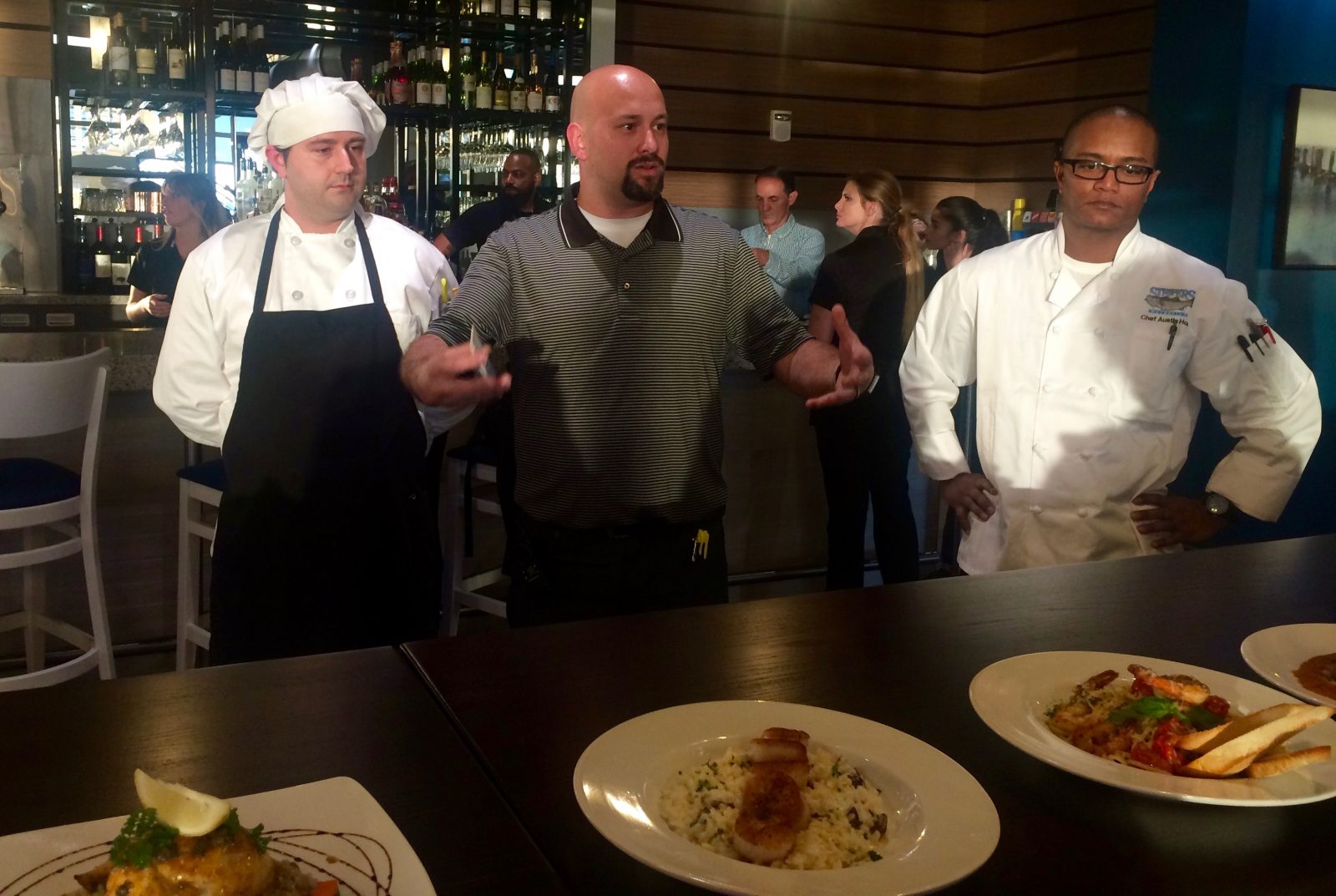 Seafood lovers can delight in entrees like the Bronzed Salmon, pan seared with a homemade bronze seasoning and served with creamy spinach risotto. Head Chef Austin Horn, II relayed the importance of using fresh, made-from-scratch ingredients for all of Stripers’ fare. 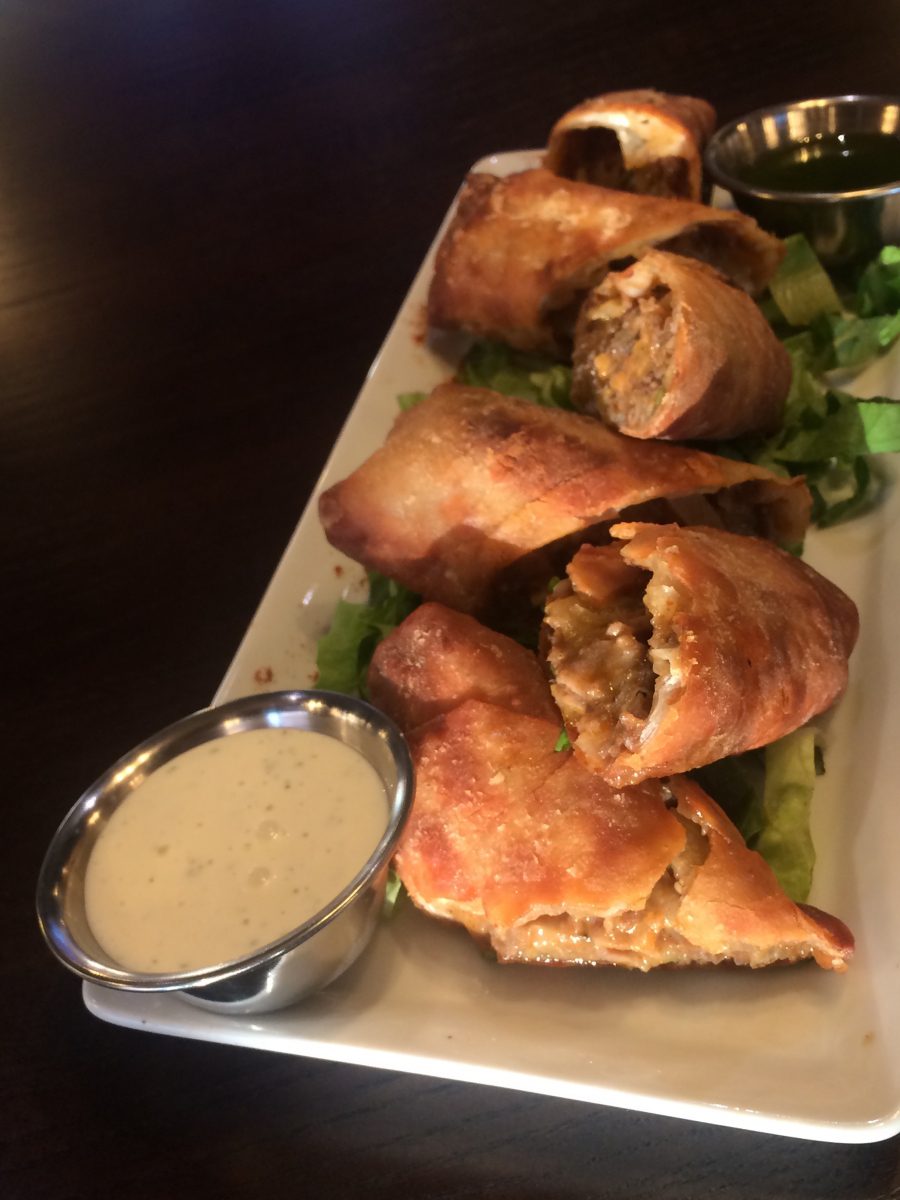 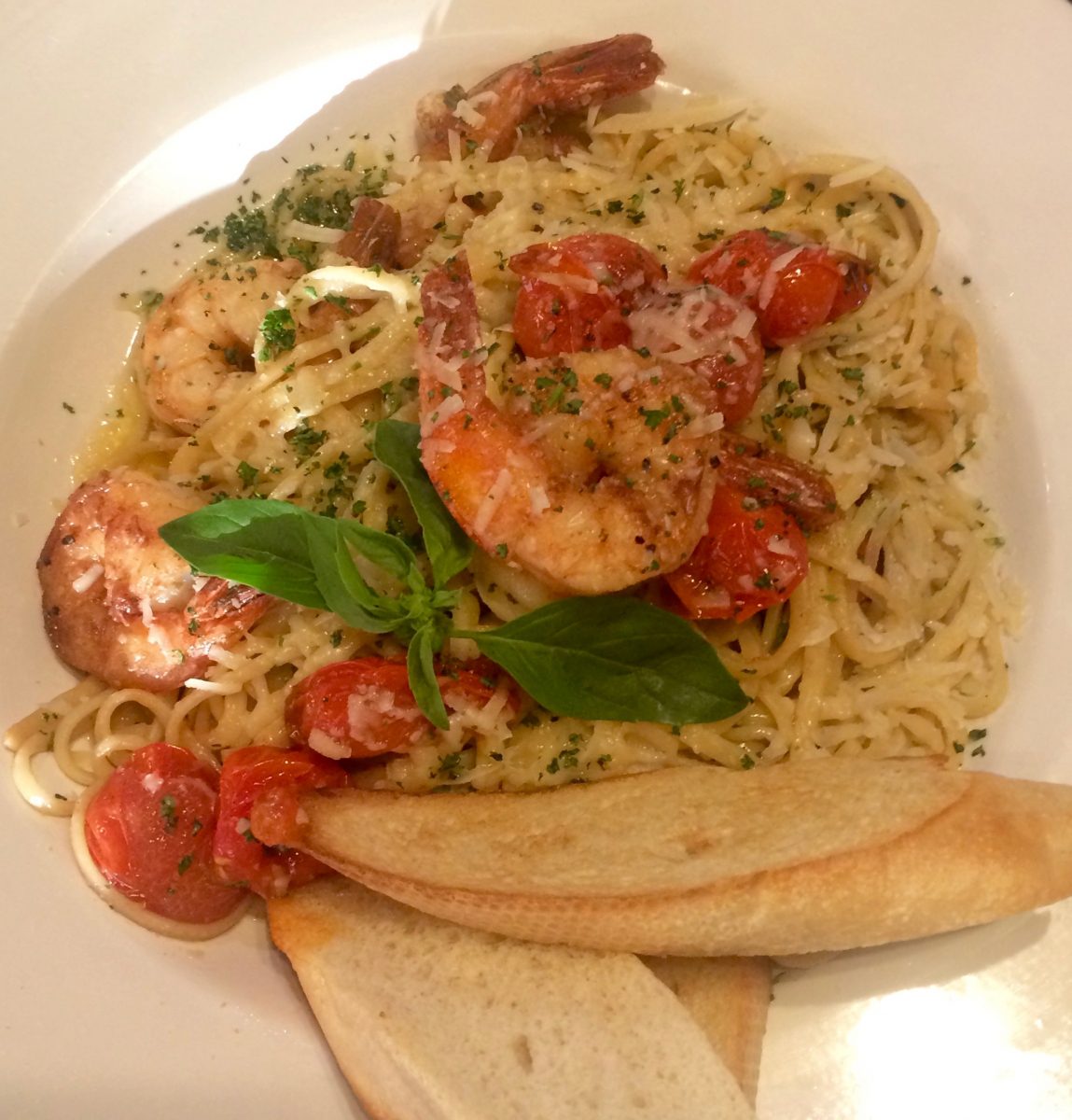 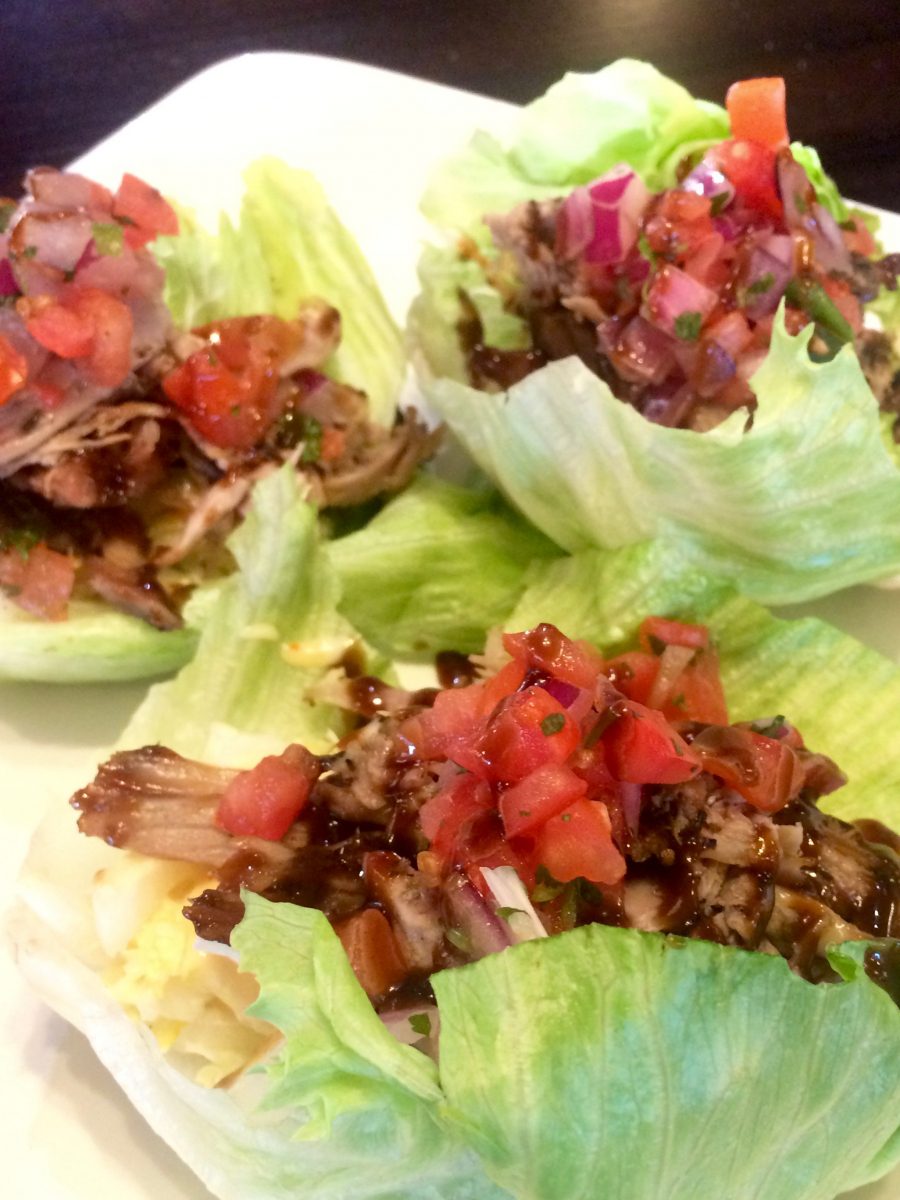 While seafood remains a priority at the new establishment, Stripers Waterside does not stop there. Landazuri contributed his own recipe for the Cheesesteak Egg Roll appetizer. Loaded with shaved steak and gooey cheese, these egg rolls are sliced in half and served with habanero ranch and chimichurri. Stripers also has a selection of savory tacos, steaks and pastas. 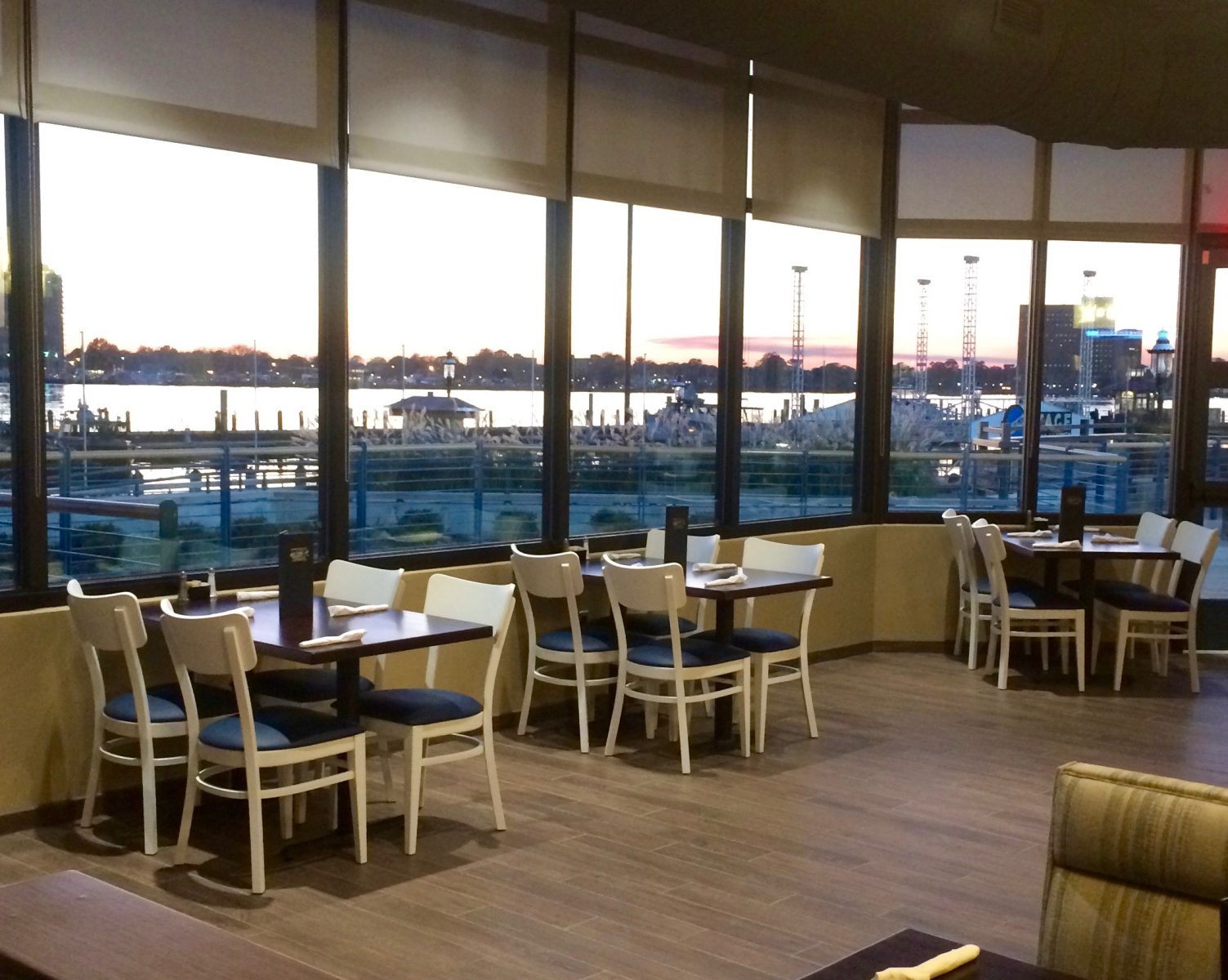 Stripers Waterside offers fine dining menu options in a casual setting, and the simple and clean restaurant décor is complemented by some of the best views of the Elizabeth River. The spacious restaurant has an elongated bar area, family-style booths and tables, a private dining room and an outdoor fire pit, each fit for different occasions.