A $15.5 Million Renovation is Helping the Iconic Resort Define Southern Hospitality for the 21st Century

For years Charlottesville’s iconic Boar’s Head Resort has been quietly updating its image. But last May it unveiled the equivalency of a facelift: a $15.5 million renovation of its central inn and restaurant aimed at redefining Southern hospitality for the 21st century.

“The past three years have brought a lot of positive changes,” says Communications Manager Joe Hanning. “Our goal has been to retain the best of our historical heritage and character but take a big step into the future. We wanted to revitalize the Boar’s Head experience in a way that will bring a more accessible local presence and appeal to the tastes of well-heeled millennials and modern travelers alike.”

The journey began with the addition of Executive Chef Dale Ford in late 2016. He’d spent 25 years helming some of the finest resort kitchens in the Southeast and was tasked with rebooting the Old Mill Room restaurant.

“When the restaurant opened in 1965, it was the standard bearer for high-end cuisine in the region,” says longtime Charlottesville food writer Shea Gibbs. Chefs sourced trout from onsite streams and bought meat and produce from local farmers decades before the farm-to-table movement took root. Such practices won the restaurant a four-diamond rating from AAA in 1987 (about 650 in North America enjoy the distinction).

But eventually area eateries caught up. Booms in the late 1990s and 2010s brought a fine-dining renaissance to Charlottesville. Seasonal, locally sourced menus became the norm. A treasure-trove of artisan producers arose to meet demand.

“This area is like a heaven for chefs that want to cook with local ingredients,” says Ford. Moving to Charlottesville brought unprecedented solicitations from farmers asking what he’d like them to grow. “Our farm community is world-class. They strive to understand a restaurant’s needs and go the extra mile to try to meet them.”

But Ford’s ambitions went further. The rise of a farm-to-table ethos had shifted social tastes—formal dining had all but vanished; the era of smart casual ensued. Ford loosened dress codes and hired staff that would create a friendly, people-first atmosphere that catered to urban sophistication but brought a sense of relaxed countryside luxury.

“You tell me a place has a suit-and-tie dress code and I think of stodgy senior citizens sitting in a vacuum of silence,” jokes Hanning, the comms manager. “That formality was a barrier between us and a lot of people—particularly younger locals and travelers. [The demographic] had a tendency to misidentify us as an old-school country club for Southern aristocrats.”

Ford and Hanning agreed: Renovations were necessary. The building housing the inn, main lobby and restaurant was constructed between 1819-1830. The National Trust for Historic Preservation named it an official Historic Hotel of America in 2001. But its last major update came in the 1960s—and it showed.

“The rooms were pretty cloistered; they didn’t encourage mingling or socializing,” says Hanning. There were dark colors schemes, dim lighting, mucho antique leather and décor suggesting Antebellum-era hunt experiences. “It felt like a winter hunting lodge. It was definitely dated.”

The results are nothing short of fantastic.

Guests enter the lobby by way of an elegant porte cochère with stone columns and slate shingles. Inside, they find a series of large open rooms with bright colors, loads of soft-seating options and walls hung with local art. Dividing walls have been removed or replaced with French doors. Enlarged windows fill rooms with sunlight and lend an open-air feel. Cocktail waiters patrol the area, which is open to the public. The space flows into the restaurant but feels more like a sister lounge than a waiting room. 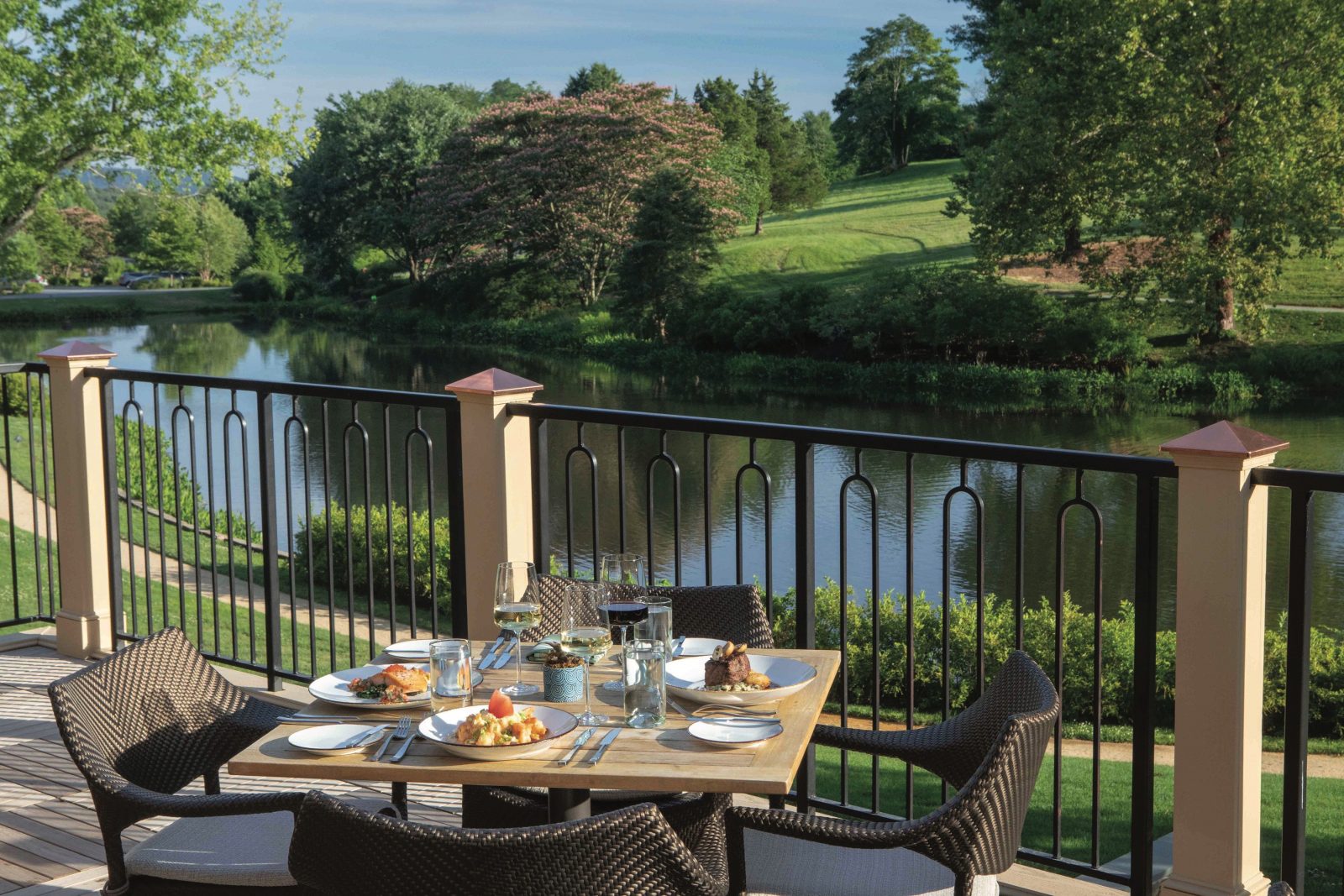 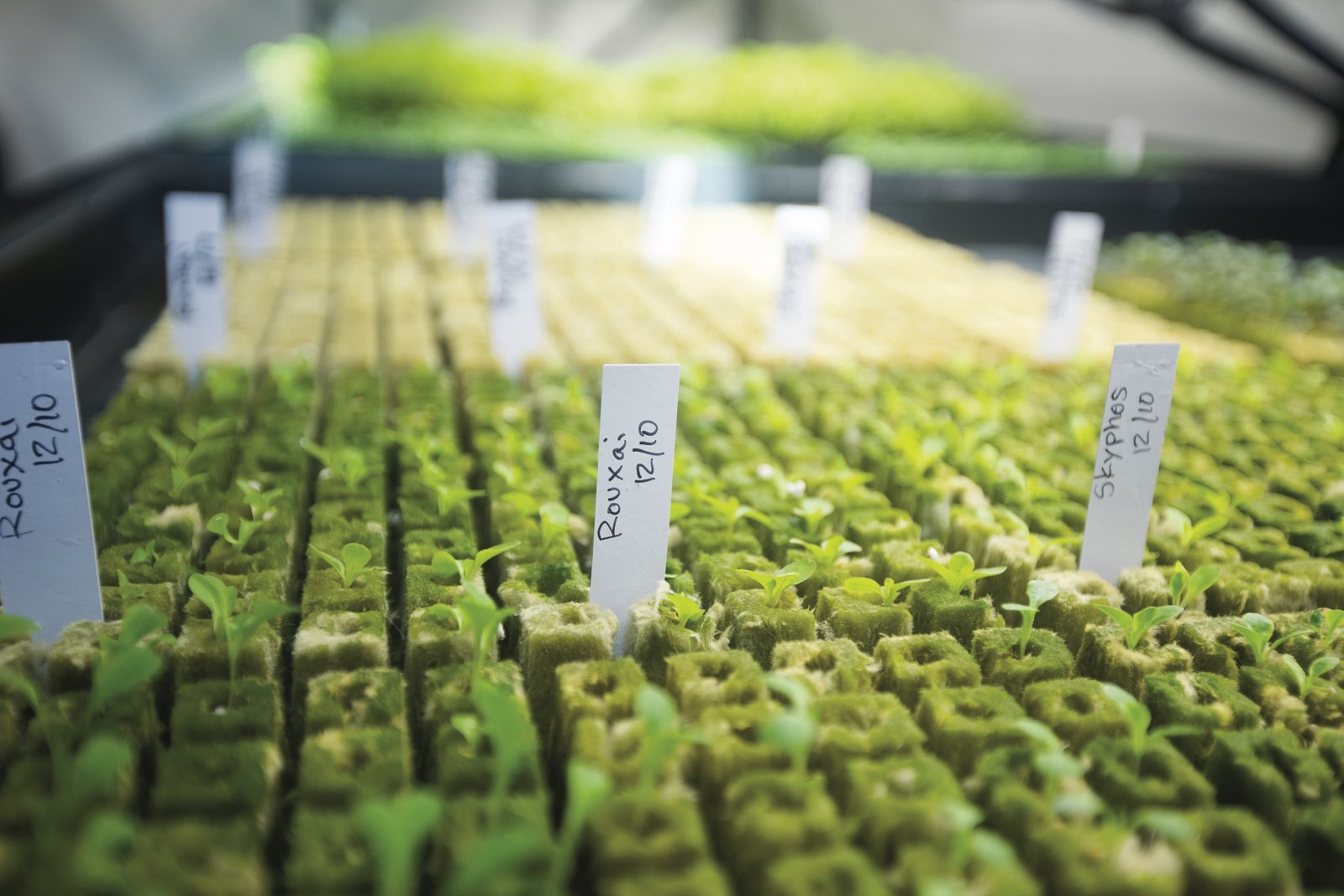 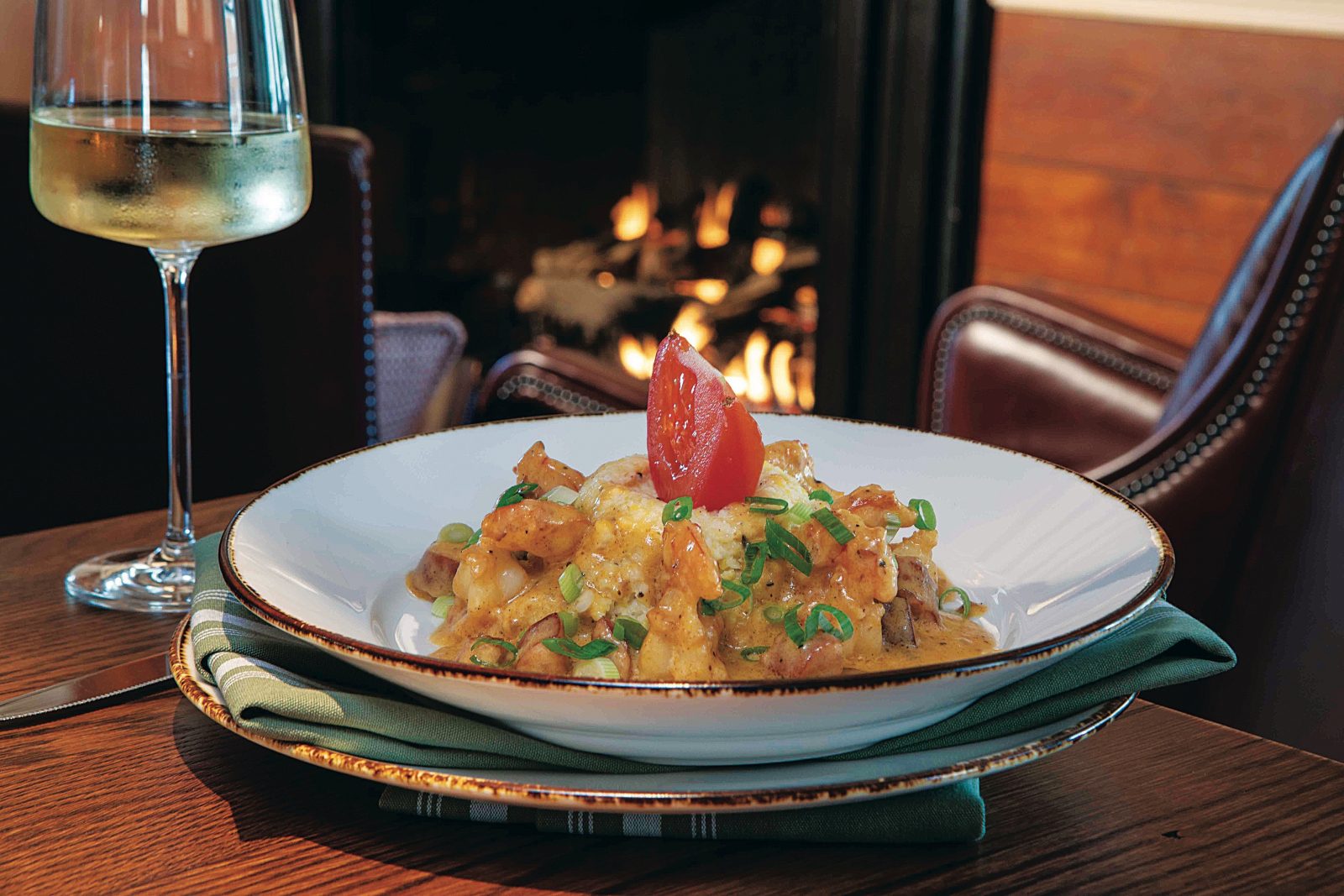 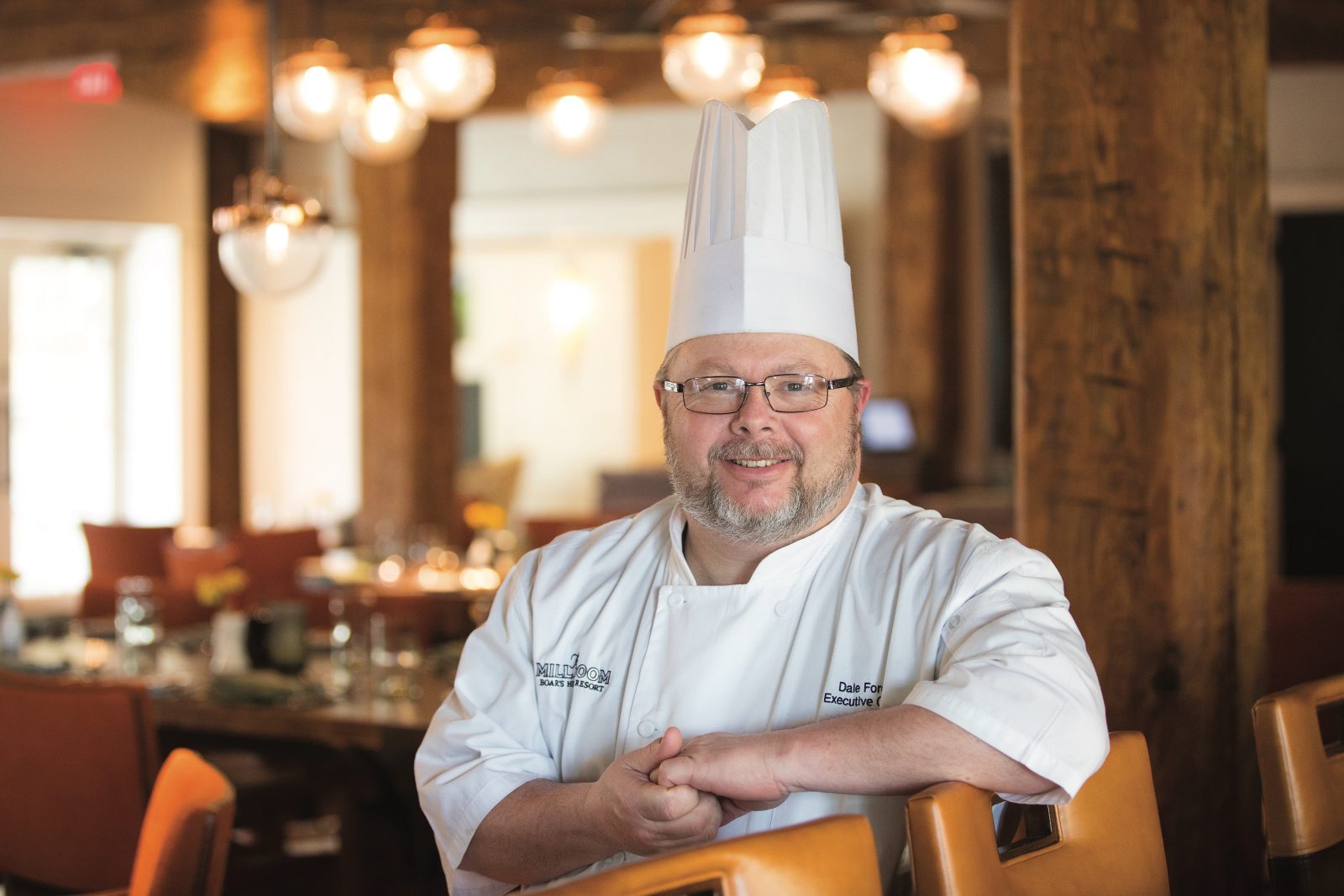 Key Ingredients: "This area is a heaven for chefs who want to cook with local
ingredients," says Boar's Head Executive Chef Dale Ford, who has developed
partnerships with more than 20 local farms and food artisans and even established
an onsite hydroponic garden for heritage salad greens and edible flowers.

Sculptural glass globes hang from minimalist wrought-iron fixtures. They’re ringed with bronze and outfitted with soft vintage bulbs. A black, glass-backed bar runs the length of the dining room bringing a speakeasy feel. It is manned by an able mixologist and flanked by a big, walk-in wine closet with windows. The room is anchored by a central fireplace with an antique, hand-carved surround. The fireplace is abutted by wide entryways that open onto a second dining area with a wall of oversized windows that bring natural light and views of a nearby lake and green, rolling hills.

Ford has made further additions behind the scenes. In late 2018, he enlisted the help of Charlottesville ag-tech firm Babylon Micro-Farms to transform an empty stone building into a state-of-the-art hydroponic garden. He worked with the Thomas Jefferson Center for Historic Plants to obtain seeds for heritage varieties of salad greens and edible flowers. The system yields about 300 heads of lettuce a week and enables the restaurant to source 100% of its salad ingredients in-house. It is the first in the U.S. to achieve the feat year-round.

Ford will also use the facility to sprout plants for an onsite farm garden, which will launch in 2020.

“We view these projects as the announcement of an entirely fresh Boar’s Head Resort experience,” says Hanning. “Our aim is to bring our world-famous Southern hospitality into the 21st century. We want people to come here and think, ‘Wow, so this is what the New South is all about—amazing!’”