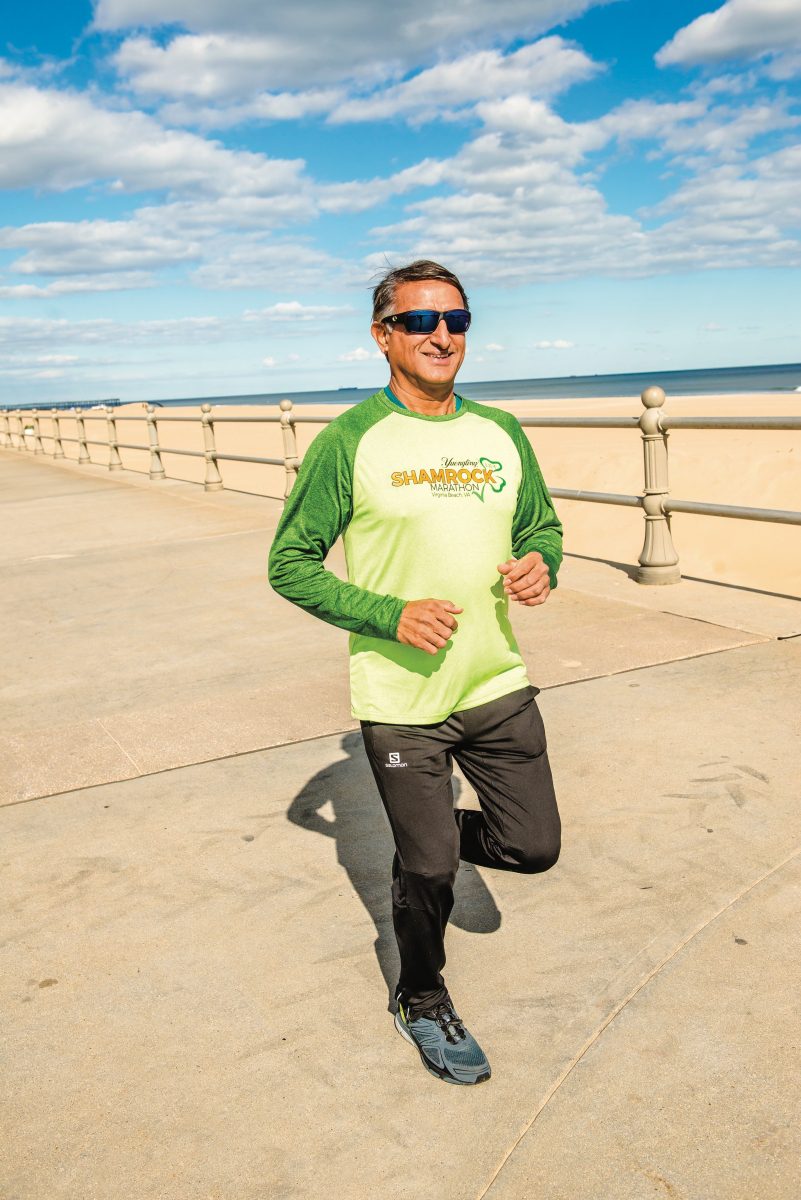 Ashok Arora is always on the run.

As the owner of five local eateries—Masala Bites in Virginia Beach and Nawab Indian Cuisine (with locations in Newport News, Norfolk, Virginia Beach and Williamsburg)—he’s constantly traveling from restaurant to restaurant. But working hard and conquering challenges is something that he’s been doing for years.

Immigrating to New York from Northern India in the early 1980s, Arora arrived with just a small amount of money in his pocket but a hearty desire to share his culture through cooking. He worked his way up in the food industry with the help of his family and continues to thrive with a supportive staff. “Fortunately, I have a good team that helps run the business,” he notes.

If running five local restaurants wasn’t enough to keep the average person occupied, Arora also spends a good deal of time training for marathons, as well as ultramarathons, which span longer than 26.2 miles. This feat, too, came with some obstacles to overcome.

In 1995, Arora suffered a spinal cord injury as a result of a car accident. To improve his condition, he began running. After initially running and walking portions of The Shamrock Marathon 10 years ago, he was determined to keep up with the races. He’s now competed in every annual Shamrock Marathon since 2007 and has joined Marathon Maniacs, a group that requires runners to participate in marathons every few months. He uses marathons as a way to practice for ultramarathons that sometimes reach distances up to 100 miles.

Aside from a vigorous method to keeping fit, Arora uses these running experiences as an opportunity to see the world. He’s been preparing for a 100-mile ultramarathon at Zion National Park in Utah, and he’s participated in marathons in destinations including Switzerland, China, London and Pikes Peak, Colo. “I get to see different countries, areas and settings all together,” he says. “It’s exciting to go to different places.”

Many of the runs in different terrains, such as Pikes Peak, have brought new obstacles for Arora. “The altitude and rise and fall in elevation were difficult. Going from sea level to an altitude of about 14,000 feet is challenging,” he says. Still, he’s always motivated on take on the next endeavor; he just runs with it.