Dr. Robert Palmer Continues to Find Better Ways to Provide Systems of Care to the Elderly 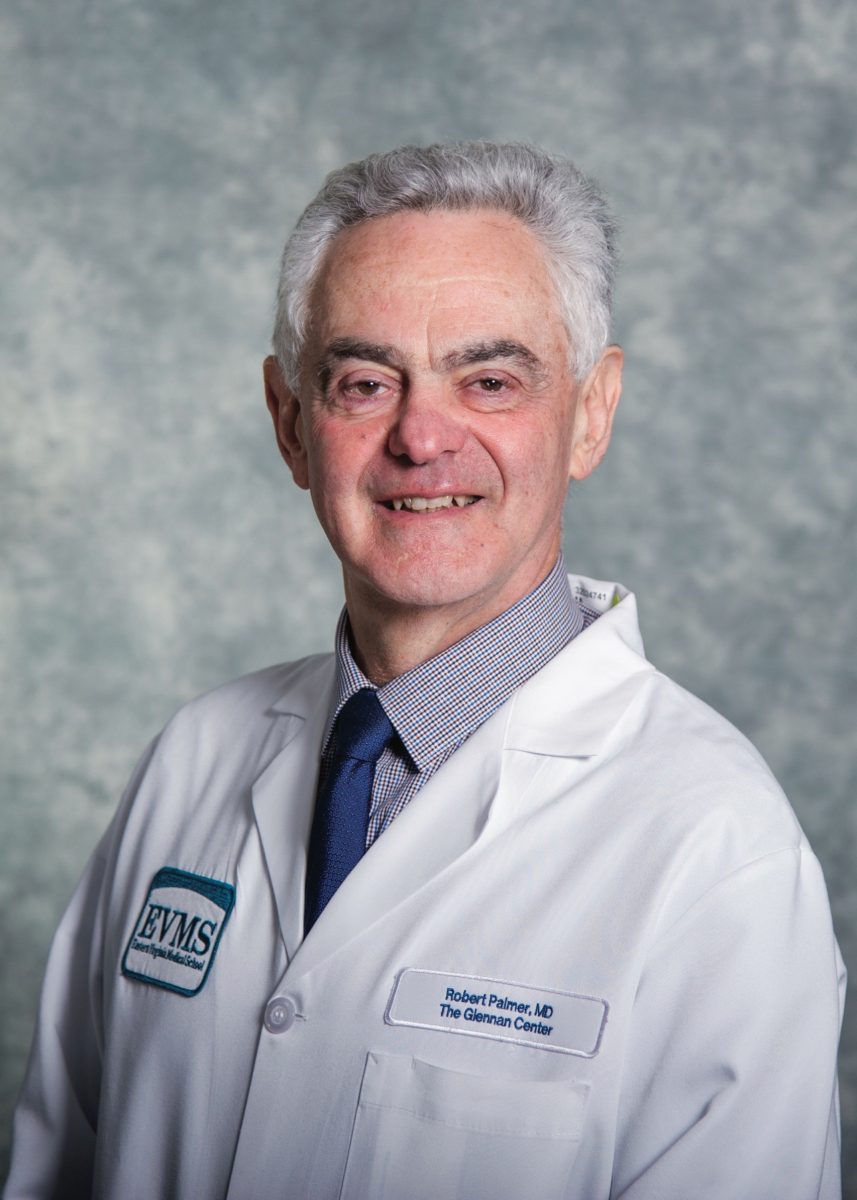 Dr. Robert Palmer didn’t realize he wanted to go into geriatric medicine until he was already well established in his medical career. He attended the University of Michigan Medical School in Ann Arbor, then left for Los Angeles after graduating. He completed his internship and residency in internal medicine at Los Angeles County University of Southern California Medical School. He always had an interest in public health and community medicine, so he then went on to UCLA to obtain a master’s degree in Public Health, specifically in Health Services Administration. “Some people thought I was crazy for going back to graduate school after finishing my residency,” he says. “But it was a career-changing experience for me.”

At the same time, he took a position with the Los Angeles County Department of Health Services and worked as a public health physician at one of the area health centers. “It changed my thinking about the future, and I realized I was extremely interested in what we would call ‘systems of care’ or how you deliver services,” he says. “At the time, I had no interest in geriatrics and wouldn’t for a few more years.”

Shortly after, he moved to Portland, Ore. where he worked as a medical educator for six years while maintaining a private practice on the side. But he realized he wanted to do more “to change the system” and got involved with the staffing of residents on their geriatric rotation at the VA Hospital in Portland. “I saw something unique there, and it got my mind interested in not only practicing geriatrics but in hoping to improve the coordination and systems of care for older adults,” he says. “I realized there was not much known and not much happening along those lines in the United States, and I saw a great opportunity for my passions of internal medicine, complexity and patients with acute/chronic illnesses, with the hope and aspiration to actually change the quality of care for older adults.”

So he left his position as director of the Residency Program at Oregon Health Sciences University at the Medical School in Portland to retrain in geriatrics, 10 years after finishing his chief residency. He had to go back to school to complete a fellowship at UCLA for a year but finally discovered his true calling. “I fell in love with the field like I never expected and quickly realized I wouldn’t want to do anything else.”

He then moved to Cleveland to be closer to family. It was there that he helped develop a geriatric assessment clinic that became the model for many other medical centers in the United States.

Because of his reputation in demonstrating that high-quality care provided better economic outcomes for hospitals and reduced costs to hospital care, he was eventually recruited to Eastern Virginia Medical School (EVMS) in 2011. Today he focuses on recruiting, mentoring and supervising junior faculty while introducing new clinical programs at hospitals such as Sentara Norfolk General where he also serves as director of Patient Medical Services. “We never do the same thing two days in a row,” he explains. “One day I might be in the hospital, the next I’m at a nursing facility, then a teaching clinic, or at EVMS. We’re doing a lot of great things, but the thing that makes me most happy is to see the success of my faculty here. They are a wonderful group. I’d also be remiss if I didn’t mention that everything we’ve been able to accomplish is because of the support of our department chair, Dr. Jerry Nadler and the wonderful support of Sentara for working with us to develop innovative new programs that will help both geriatric medicine as well as palliative medicine.”