From the NEON District to Historic Freemason, get to know Norfolk in a whole new way with Josh Weinstein’s Norfolk Tour Company

It’s the first day of April, and Joshua Weinstein—founder of Norfolk Tour Company—has led a small group of people to a mural titled Symbiotic Nuances, painted by Solomon Isekeije, director of the Division of Fine Arts at Norfolk State University. Weinstein invites the audience to observe how the mural’s color palette is representative of the artist’s homeland in West Africa, from the golden dunes of the Sahara Desert to the cool blue water of the Atlantic Ocean. 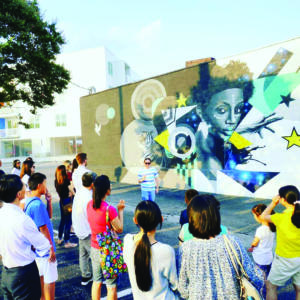 From there, the group is led into alleyways throughout Norfolk’s NEON District, observing murals that aren’t visible from main thoroughfares: The Dance, a nature-inspired floral design by Richmond artist Amelia Langford; a “bright, bold and incredibly awkward” roller-skating chameleon by Cleveland-based artist Charley Frances; a contemplative Black Lives More Than Matter scene in which Norfolk artists and public school teachers Nicole Harp and Clayton Singleton used visual art in the fight for equality and justice.

Weinstein encourages the group to spend time with each piece, prompts deliberation about details found in the art and answers questions from curious participants. And, though this specific tour is led on April Fool’s Day, it’s clear that Weinstein’s knowledge of art and history is no joke.

Weinstein founded Norfolk Tour Company in 2018, but his experience came together over the course of several years. He majored in history at Old Dominion University, worked at the Chrysler Museum of Art and has a knack for public speaking.

After participating in a public tour of Norfolk’s Elmwood Cemetery, he became inspired to learn the history himself, and from 2013–2017, he conducted voluntary tours to raise funds for the cemetery. In 2017, Weinstein voluntarily began conducting tours of the NEON District and, after realizing that his tours were unlike anything being offered, he decided to make it a career. 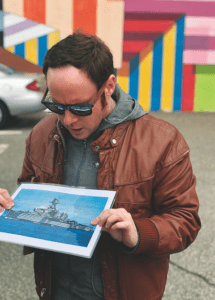 Tours of the NEON District and Historic Freemason neighborhood are among the most frequently offered tours, but options vary to meet diverse interests: Downtown Norfolk churches, cemetery tours, ghost tours, a general tour of the Elizabeth River Trail or the same trail with a Black history focus.

There are even food, wine and spirit tours with a fascinating historical spin. Tours range from 60–90 minutes, and some are even free to participants, courtesy of the Downtown Norfolk Council.

Although Norfolk Tour Company is a for-profit company, Weinstein says he feels that the work that is very much a public service. “But it’s only a public service insomuch as it is accessible to the public,” he says. That’s why he loves being able to occasionally offer free tours—to remove cost as a barrier to entry. 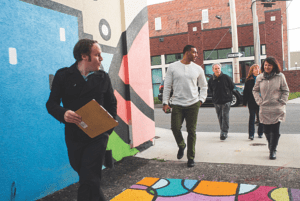 “We don’t want these experiences to feel out of reach for anyone,” he explains. “Also, a lot of the history that we’re telling is history that really isn’t mine. It’s history of artists, African Americans, other people in the area. I think it would be a crime for me to be talking about that but for those very people to not be able to afford it.”

The growing popularity of the tours (rising from 69 tours in 2020 to 227 this year) may have something to do with Weinstein’s expansive knowledge that he shares with others. When researching history or points of interest within a certain area, he aims to learn all of it, even if time restricts him to only telling a portion.

“It’s my back pocket information,” he says. “The only thing better than knowing stuff is knowing stuff that you ask about.” Weinstein says he’s been on tours where the mindset was, if it’s not on the script, it won’t get talked about. “That’s a bummer,” he says, “and I don’t want to be that guy.” 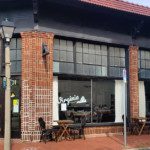