In a small parking lot adjacent to Chincoteague’s main drag, six Shore locals and myself pile into a van for a day of drinking, sightseeing and Eastern Shore enlightenment. Guiding us on our tour are co-founders of The Ugly Oyster Co. Hillary Chesson and Caylah Green. Green slides behind the wheel as the responsible one for the day while Chesson hops on the intercom welcoming us to the Eastern Shore’s one and only Marsh Muds & Suds Tour.

Chesson, a Chincoteague native, met Green, a school teacher, at a local pub in Washington, D.C. The two quickly realized their shared love for craft beverages and introduced the boozy bus tour concept to the Shore in May. Ever since, The Ugly Oyster Co. has been highly revered as groundbreaking by out-of-towners and locals alike. The duo explains that The Ugly Oyster Co. stands to do more than just expand people’s palates, but to strengthen their understanding of the significance of the Eastern Shore and its community of crafters. “We have a vested interest in the prosperity and preservation of the unique character of the Eastern Shore and wanted to turn that into an opportunity to share it with others,” they say. “Our passion for the burgeoning craft beverage industry on Virginia’s Eastern Shore extends far beyond the products themselves. It’s important, as ambassadors, that we center the stories of those who have poured so much of themselves into our glasses.”

The roughly six-hour ride aboard the affectionally named Miss Pearl traverses Route 13, making stops at Machipongo’s Chatham Vineyards, downtown Cape Charles, Cape Charles Brewing Company and Black Narrows Brewing. Between stops, Chesson shares a host of fun facts about the Shore including the history of Chincoteague’s John B. Whealton Memorial Causeway, the inner-workings of NASA facilities, conservation laws, Cape Charles’ railroad era and background on the nearly 80 arsons that devastated the Shore in 2011 and 2012. Chesson and Green also partnered with a local videographer to create a mini-docuseries about the crafters we are to meet along the way. 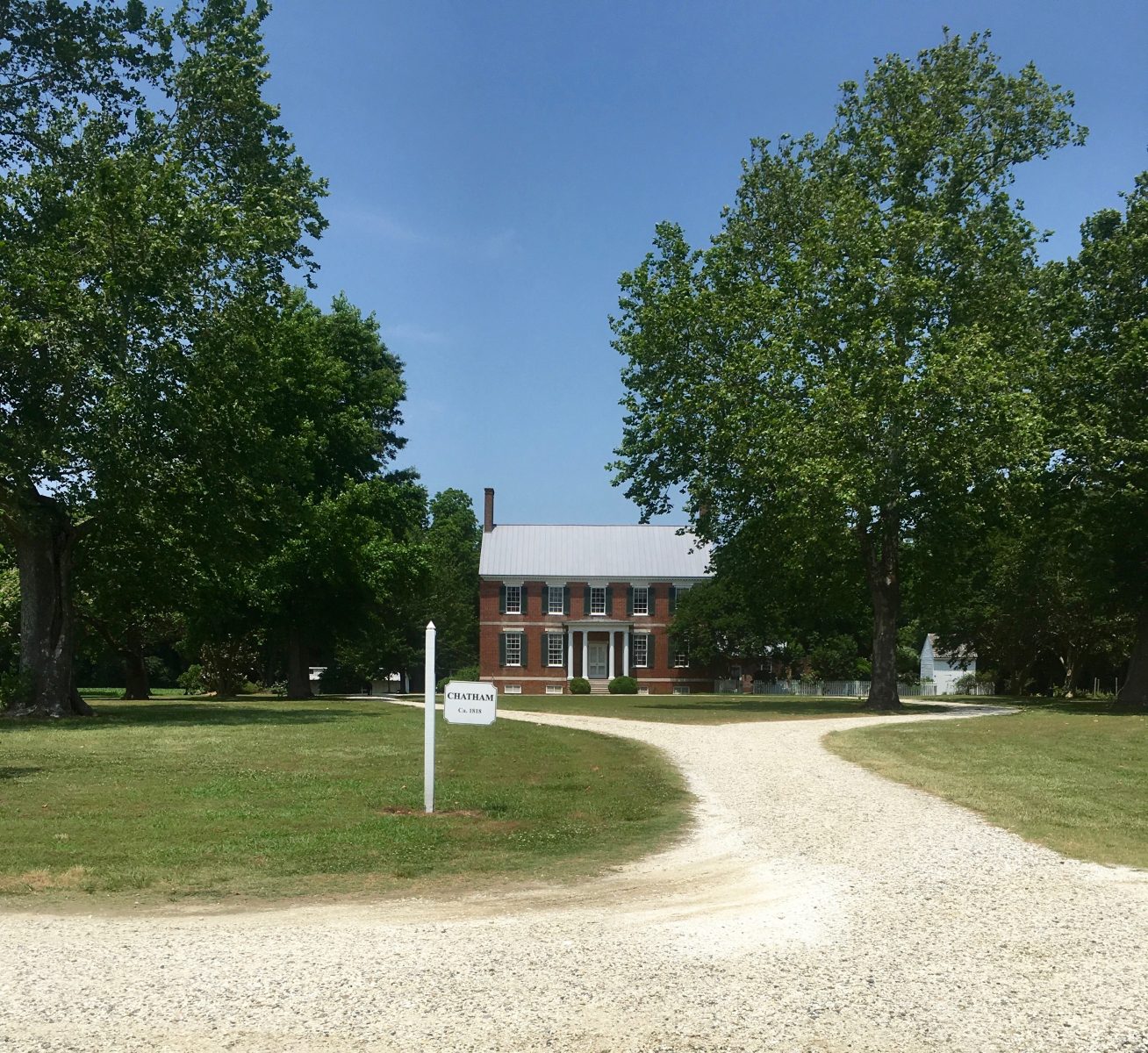 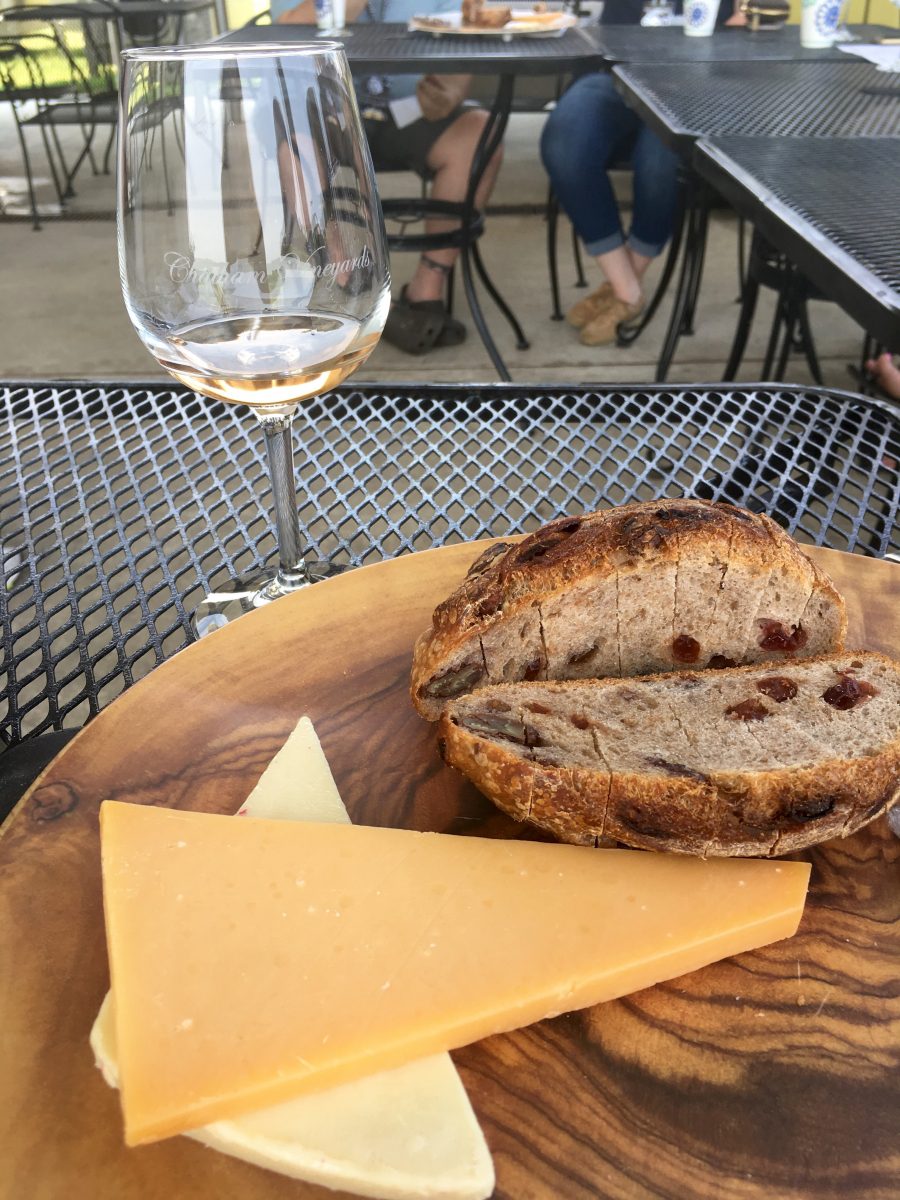 We pull down the DVD screens and begin first with Jon Wehner of Chatham Vineyards. The second-generation wine grower speaks of the unique minerality of Chatham wines and the five varietals produced onsite as we make our way down the vineyard’s winding entrance. There, we’re seated on the patio for a private tasting of red and white blends paired with aged-Gouda, Fontina cheese and housemade bread. “There’s nothing better than sipping on a craft beverage that is flavored with a love for place. You can taste the difference, for sure,” says Green. 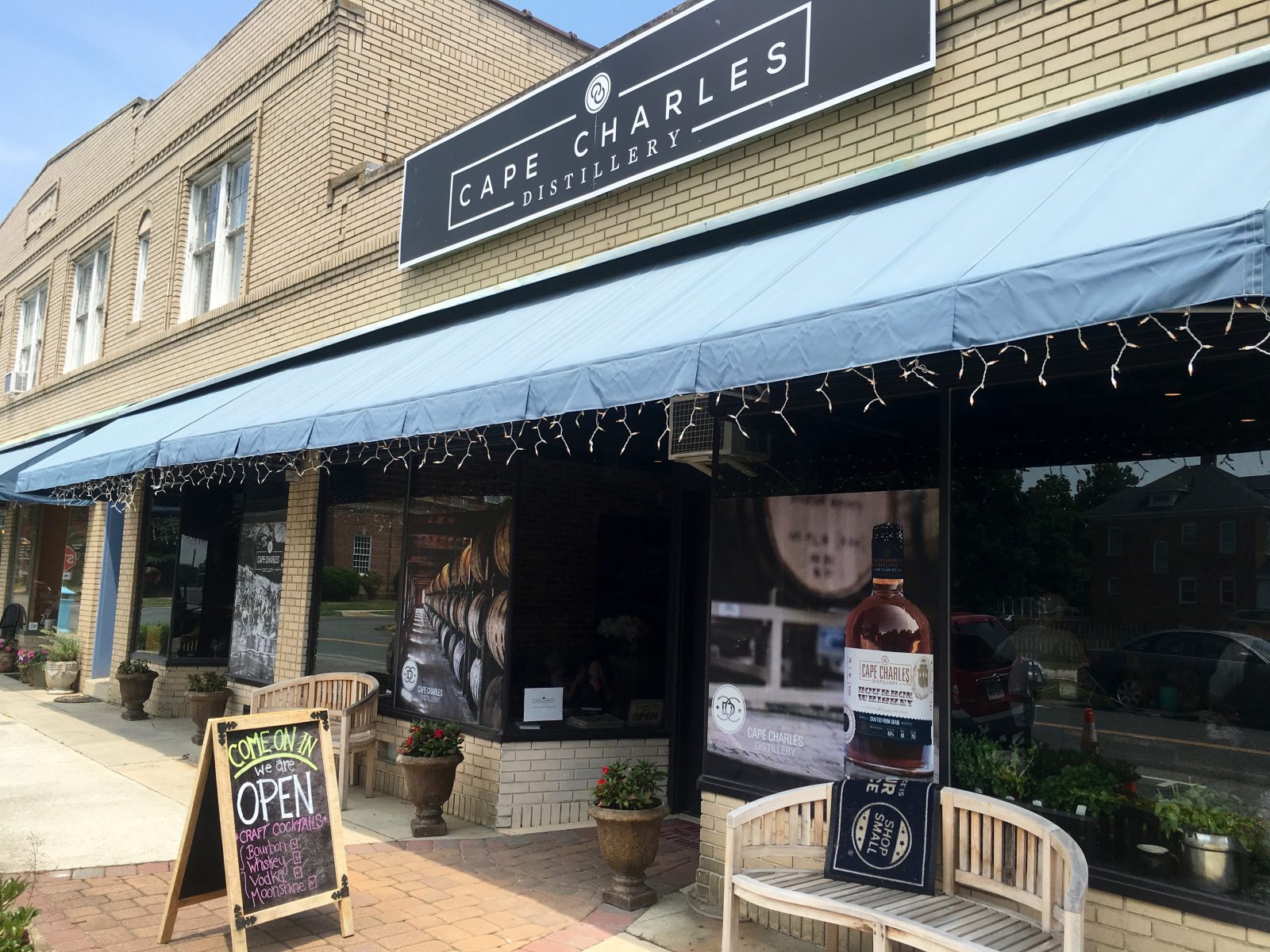 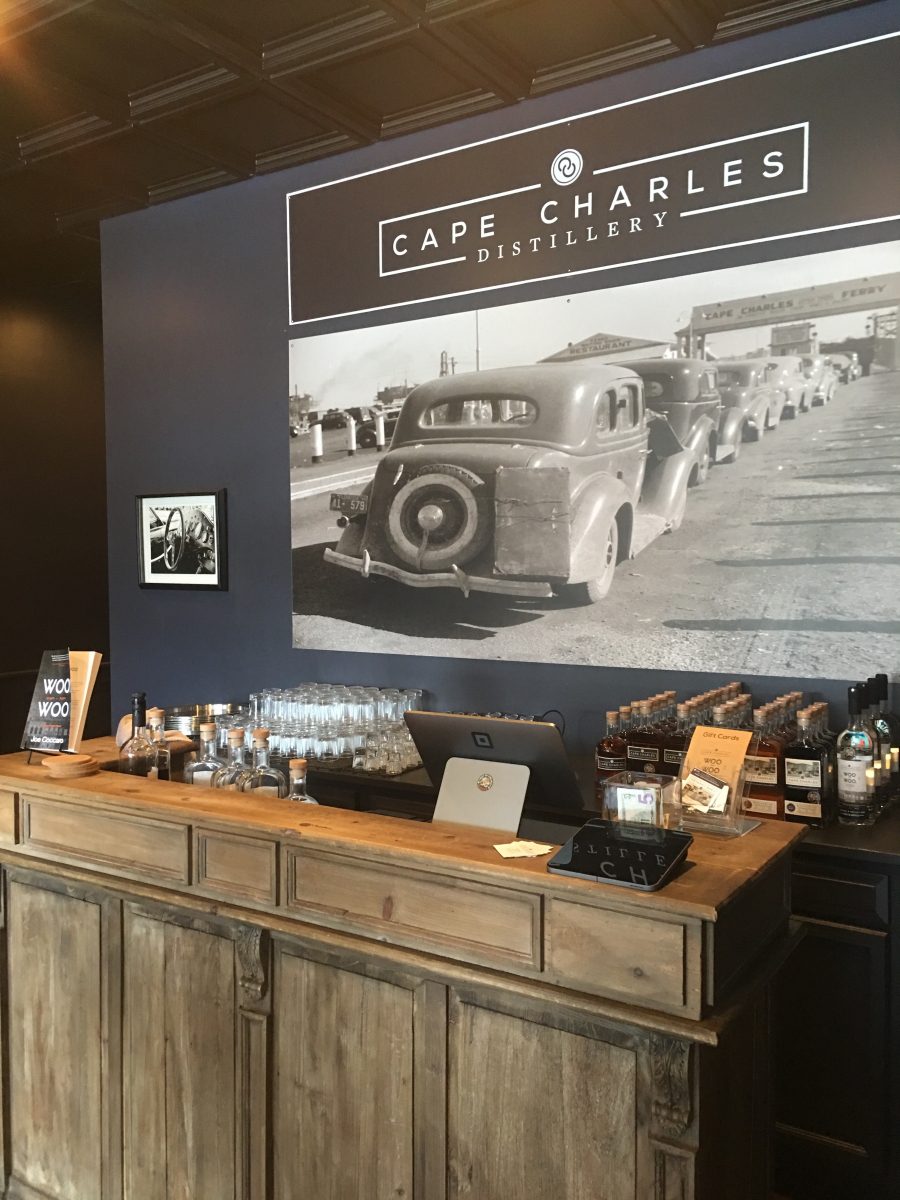 We then travel to downtown Cape Charles for an hour of individualized touring. Chesson and Green encourage stops at the soon-to-expand Cape Charles Distillery, Buskey Cider on the Bay and a scoop of funky flavored ice cream from the town’s famed Brown Dog Ice Cream. (Pro tip: making all the stops can help you win Ugly Oyster Bingo on the back of your tour pass.) “With five unique stops on the Marsh Muds & Suds Tour, visitors have an opportunity to open themselves up to trying new things. Visitors, including locals, are generally surprised by how much they learn along the way,” say Chesson and Green. 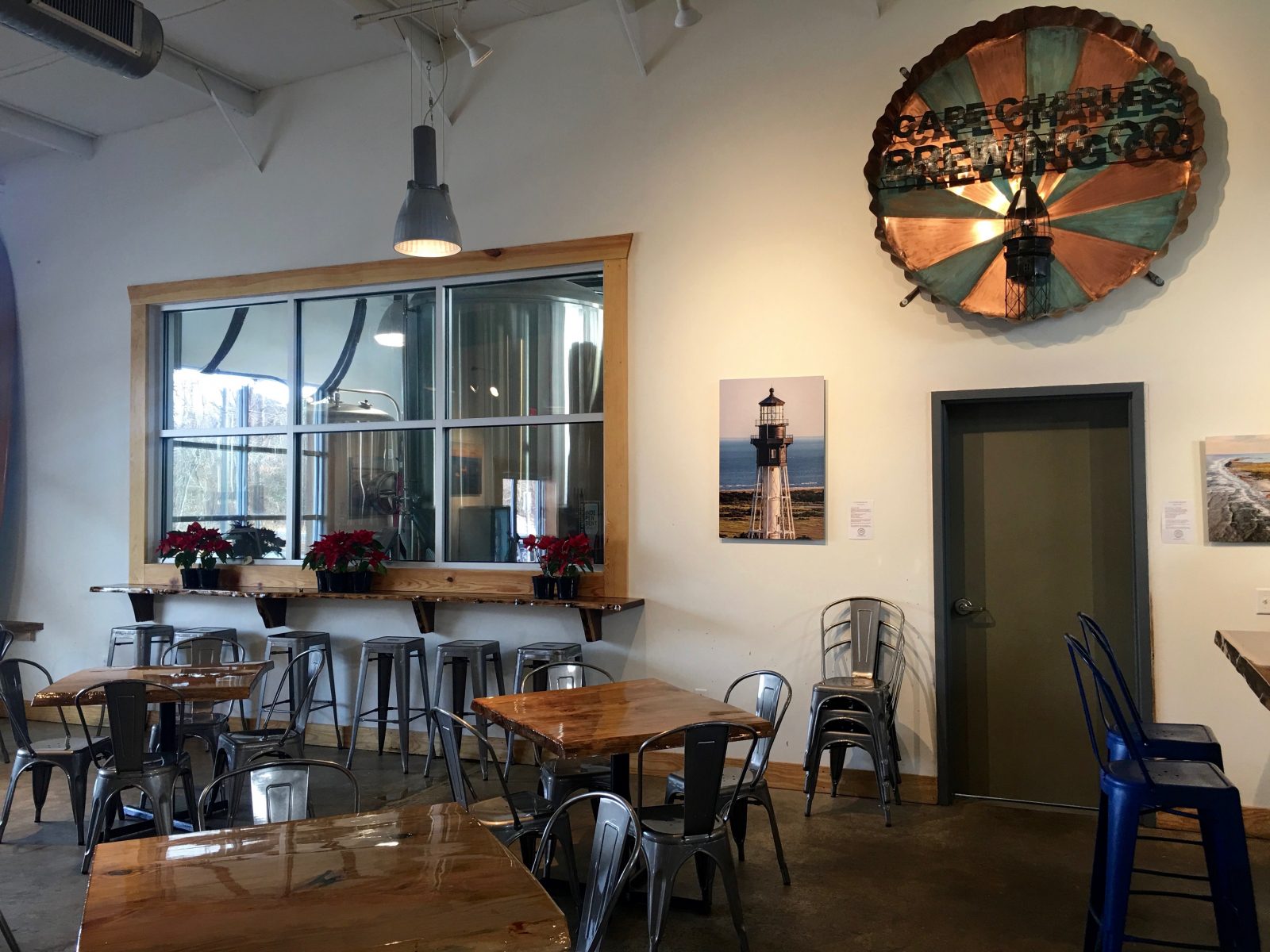 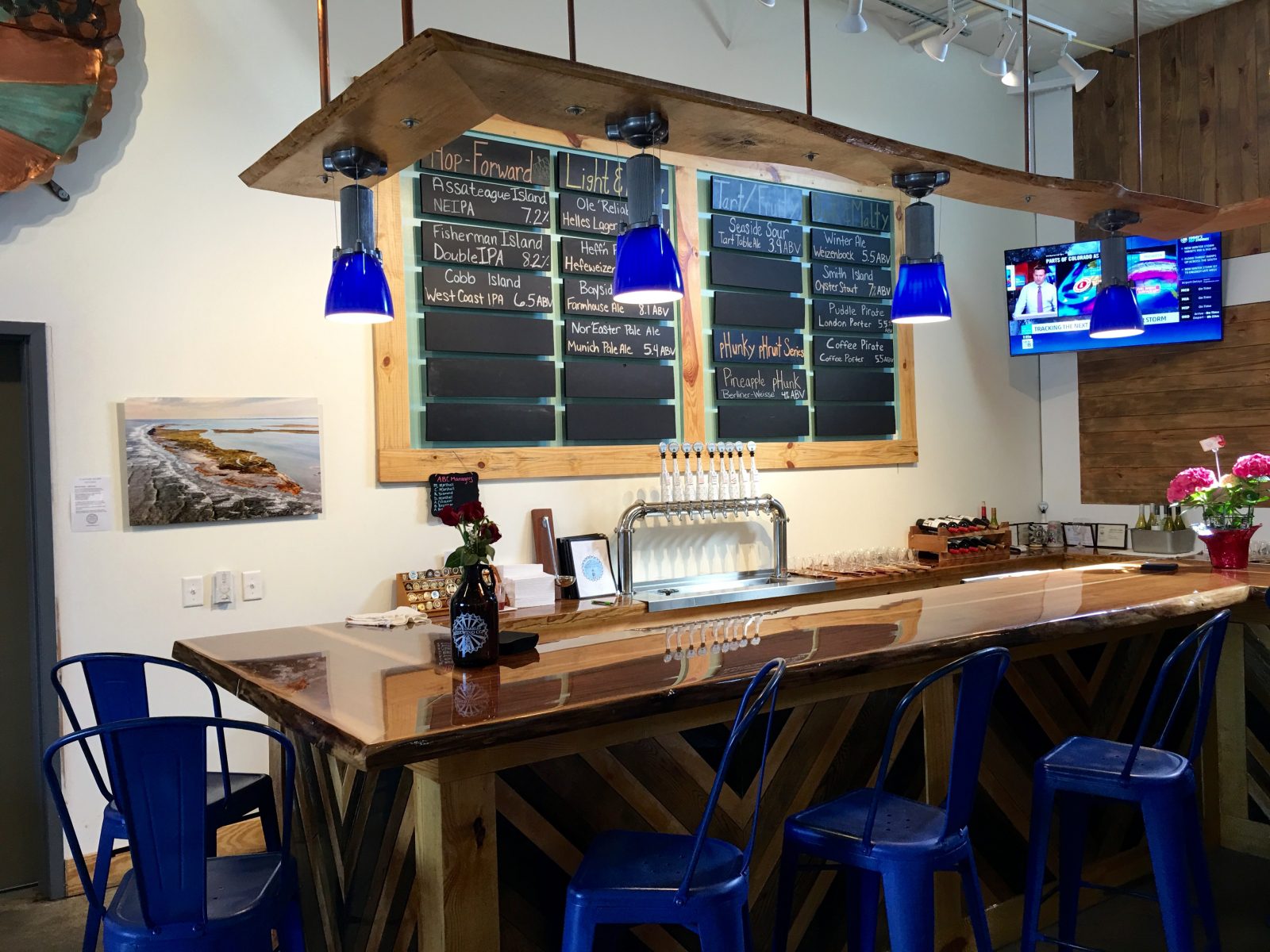 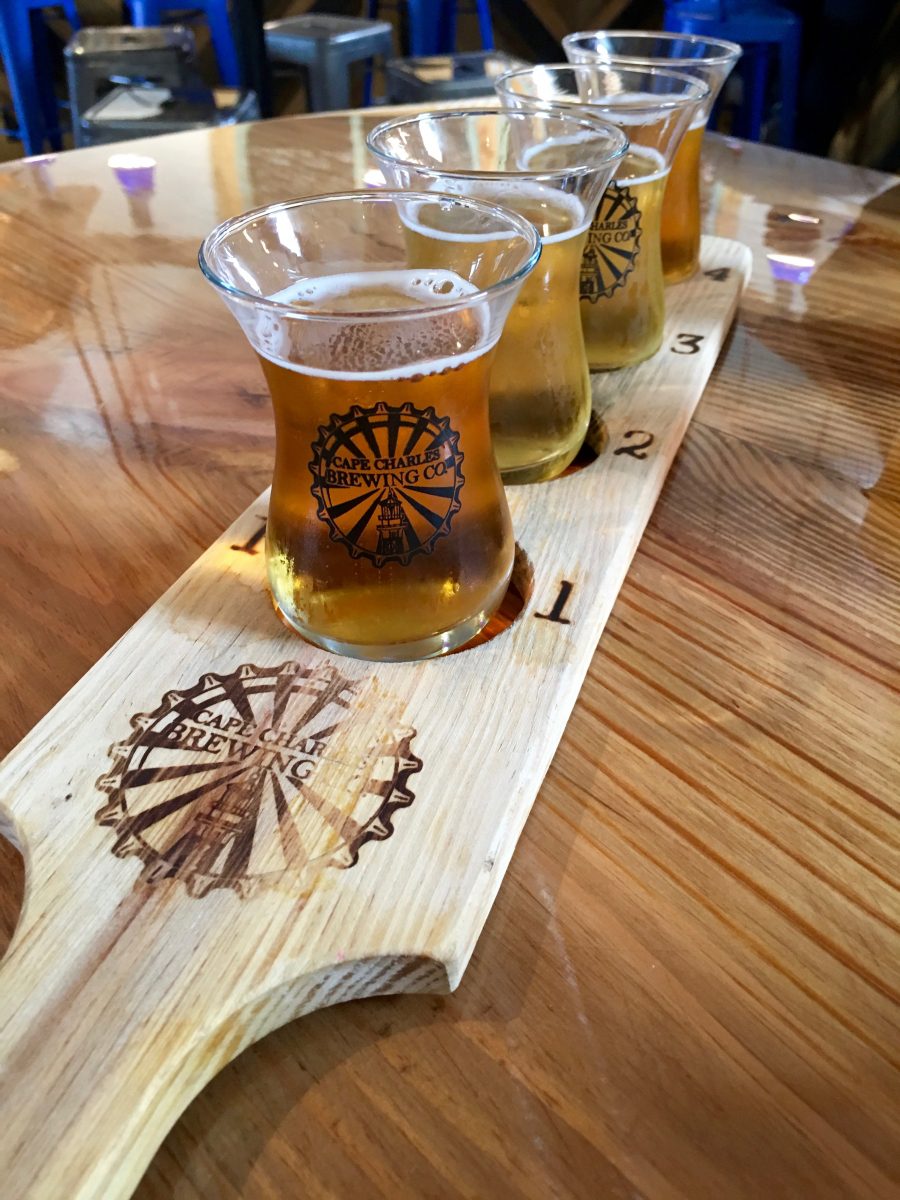 The drive out of Cape Charles prompts a stop at the Cape Charles Brewing Company. Known for its high quality beer and from-scratch dishes, we converse over flights of sours, lagers and IPAs and delectable bites of lightly fried crab balls, oysters and soft pretzels.

With an hour between Cape Charles and our final stop at Black Narrows Brewing, Chesson challenges us to a round of trivia, forcing us to revisit the vinicultural knowledge, history and local folklore learned throughout the day for a chance to appear on their leaderboard. (Even if you lose, you can walk away with sweet Ugly Oyster swag from the bus’ trunk shop open at the end of the tour.) 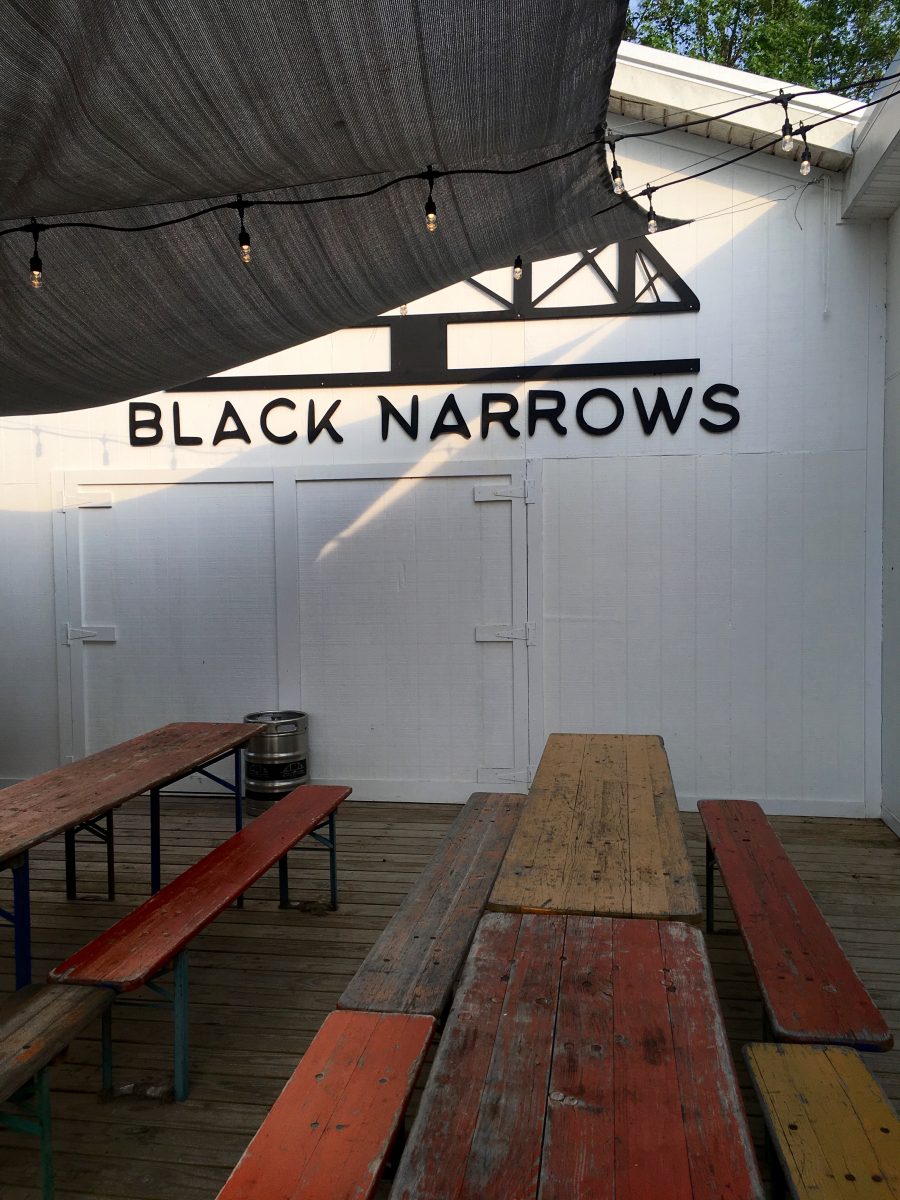 After trivia, we watch another film, this time of Jenna and Josh Chapman of Black Narrows. The couple is known for their out-of-the-box brews, so I create a flight with some of their most popular and wonky flavors. Filling my portable flight are Salts, a tart oyster wheat; Burning Swan saison, a dry-hopped Irish red ale dubbed Here’s To; and the heirloom corn lager How Bout It. Much like Chatham and Cape Charles Brewing, Black Narrows captures the essence of place in each pour. “The communal act of sharing a drink with someone is one of the most joyful ways to build community,” say Chesson and Green.

The duo is proud of the Shore’s unique qualities and credits much of their success to their outstanding partnerships. “We know a lot of quality folks behind some incredible quality Eastern Shore craft beverage products. [What we] ask of them, at the end of the day, [is] to help them get visitors through their doors and to let us in some small way help disseminate their stories,” share Chesson and Green. “‘A rising tide lifts all boats’ is an aphorism espoused by all of our partners and it’s been so encouraging to have our ideas and partnership proposals met with such enthusiasm.” 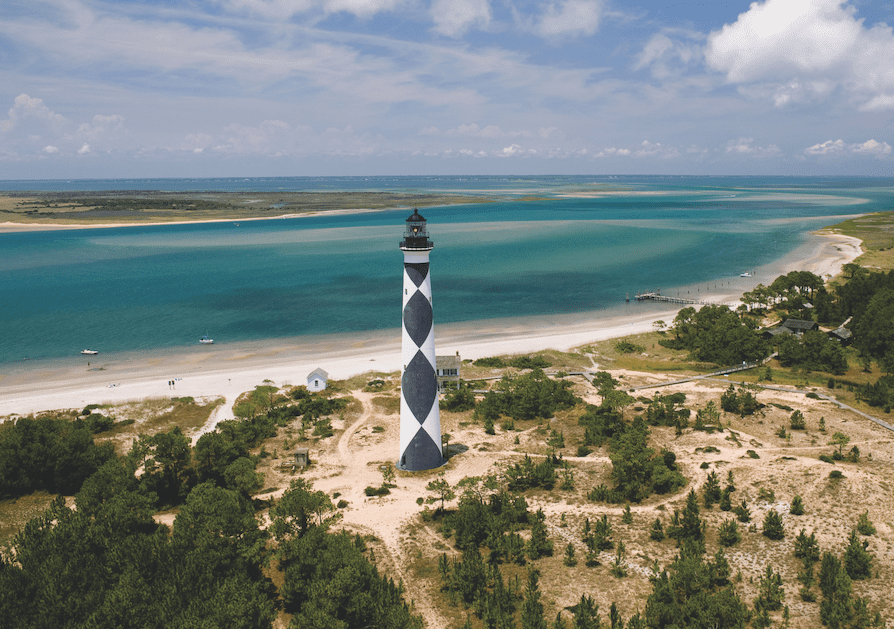 Craving a quick, relaxing weekend getaway from our region? What better place than the Crystal Coast of North Carolina?... 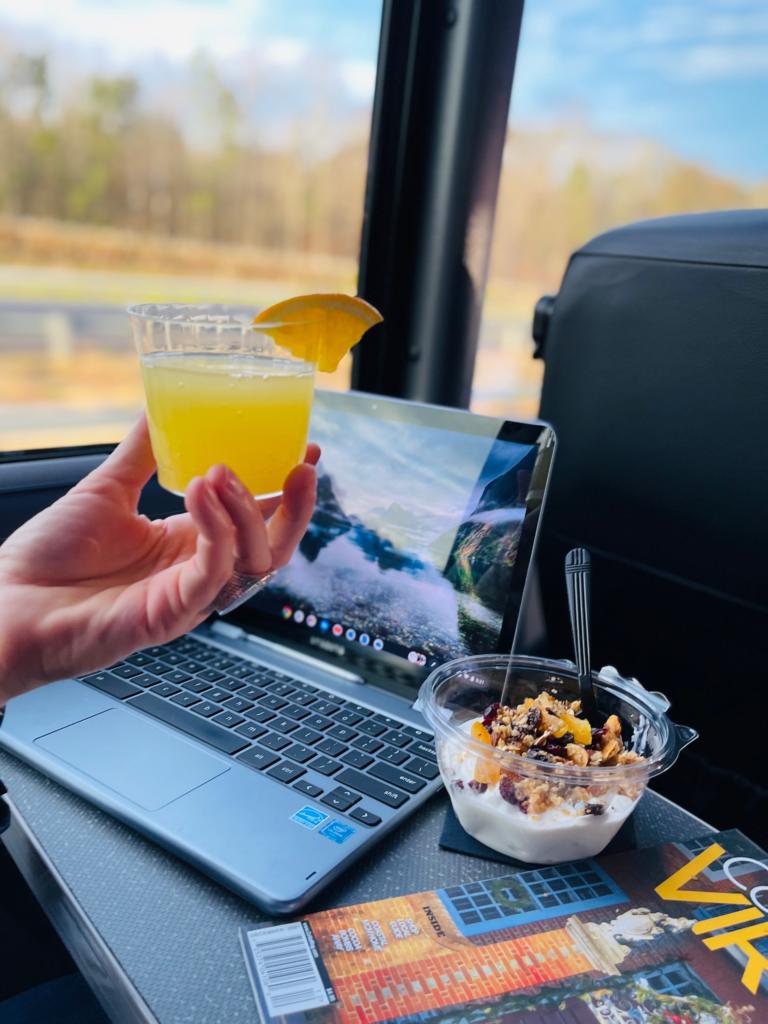 Riding to D.C. in Luxury on the ROX

Photos by Leona Baker and Lisa Davenport When a sudden road closure caused an epic traffic snarl that left hundreds of...