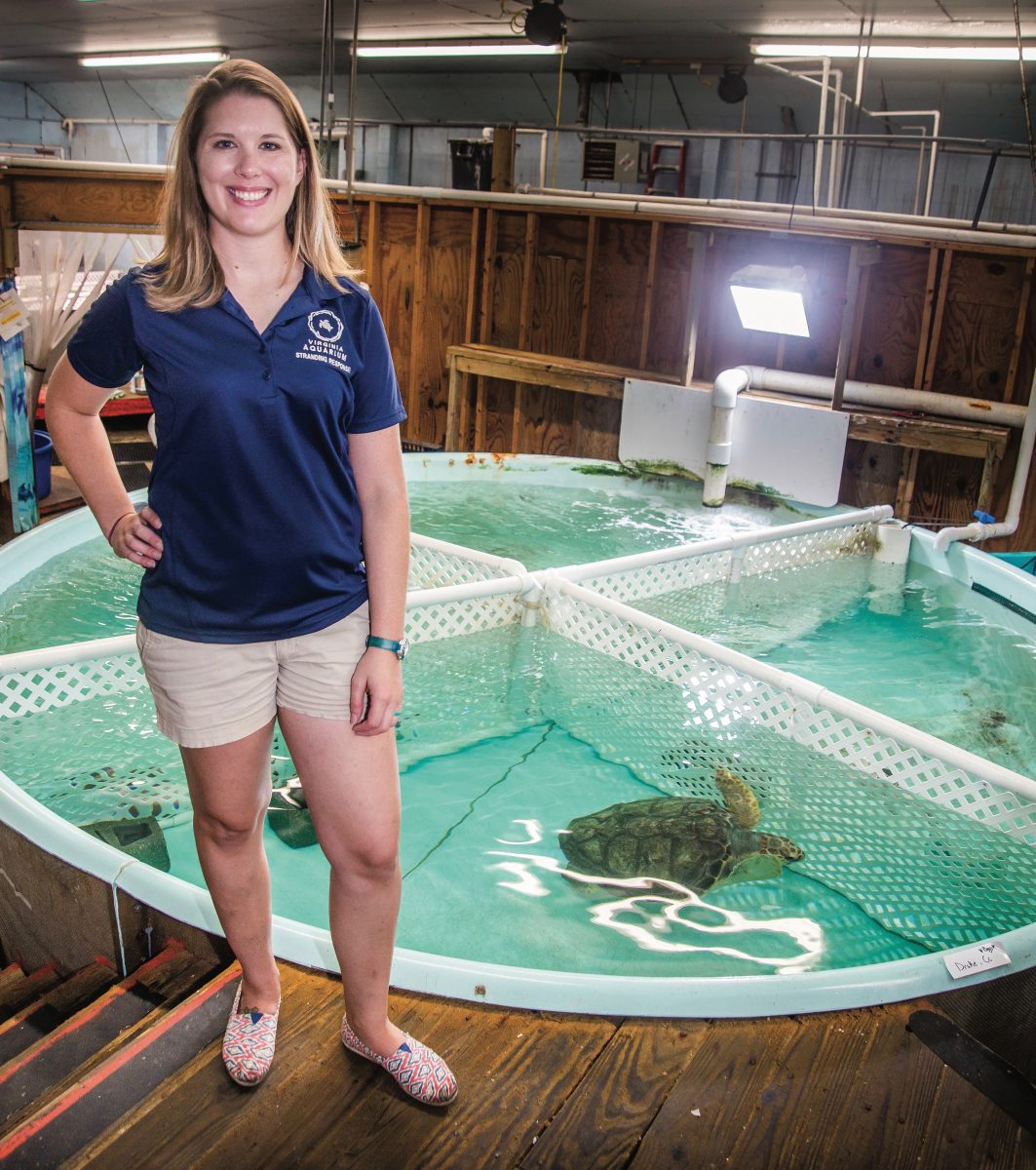 Sea turtles, sharks and other subaqueous sea critters can be spotted swimming within the waters of the Virginia Aquarium & Marine Science Center, as they capture the curiosity and wonderment of spectators submersed in the Aquarium’s oceanic exhibits. Looking beneath the surface of its aquatic displays, the Virginia Aquarium has an even deeper influence on marine wildlife and the environment with its conservation efforts through its Stranding Response Program and its work in marine animal rescue, rehabilitation, research and education.

Erin Bates is the live animal care manager for the Virginia Aquarium’s Stranding Response Program, which aids all marine mammals and sea turtles that come ashore in Virginia that are either sick, injured, deceased, entrapped or unable to return to their natural habitat. For more than 20 years, the program has responded to thousands of stranded marine mammals and sea turtles. Bates began as a volunteer with the Aquarium in 2009 and graduated from Old Dominion University with a bachelor’s degree in biology and minor in psychology. “I’ve always had a love of the ocean growing up,” she proclaims. Her aunt was a dolphin trainer, a position she admired for its up-close interaction with the mammals.

From volunteer to now five years full time, Bates manages the care of the animals the Aquarium keeps in-house for rehab, including touching base with their veterinarian, keeping up with treatment plans and overseeing feeding and care, as well as assisting with necropsies and field responses to whales, dolphins, harbor porpoises, seals and sea turtles. “I love the fact you never really know what to expect here,” she admits. "You can have a plan for how the day is going to go and then it can be thrown out the window because we’ve got an entangled whale out there.” 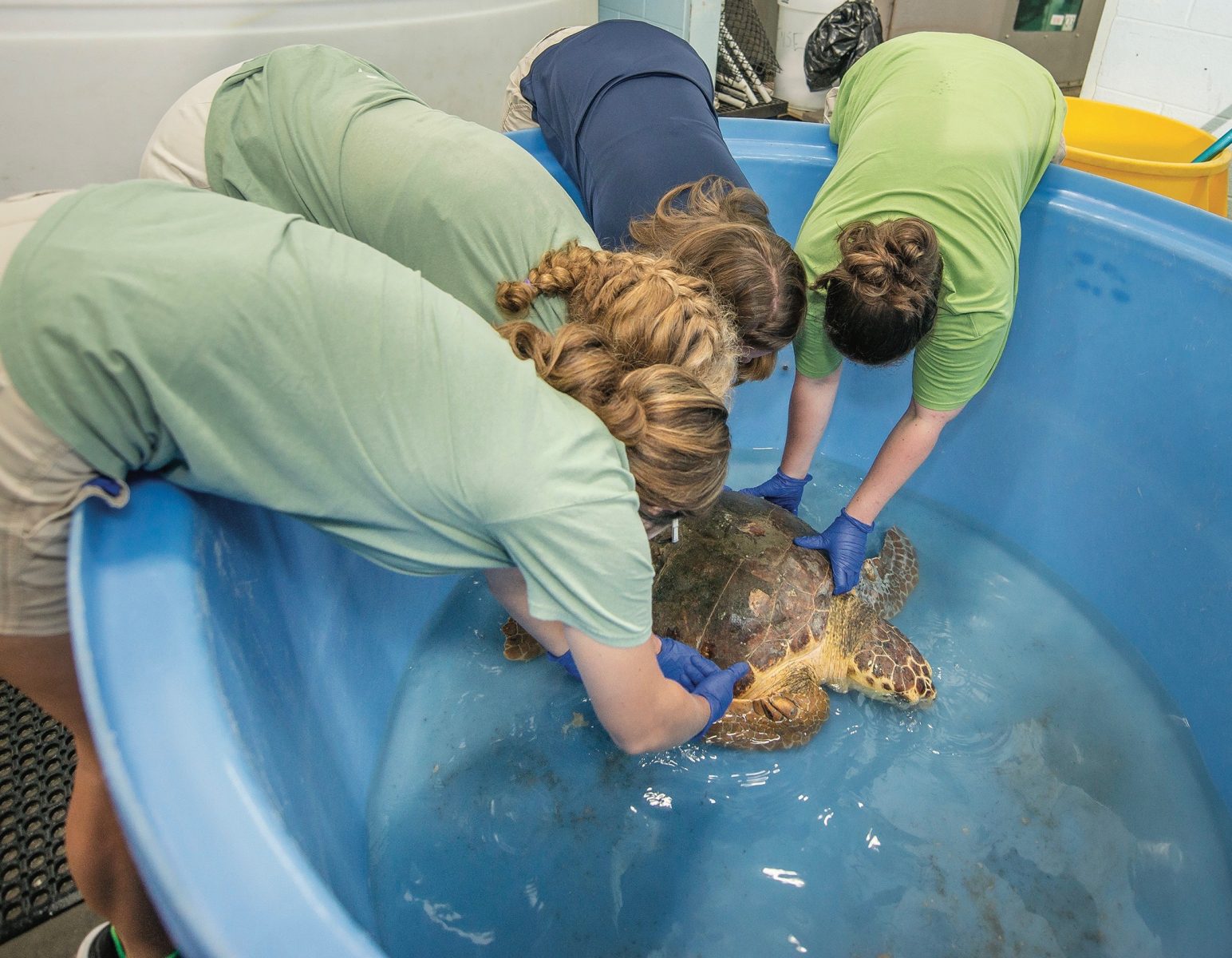 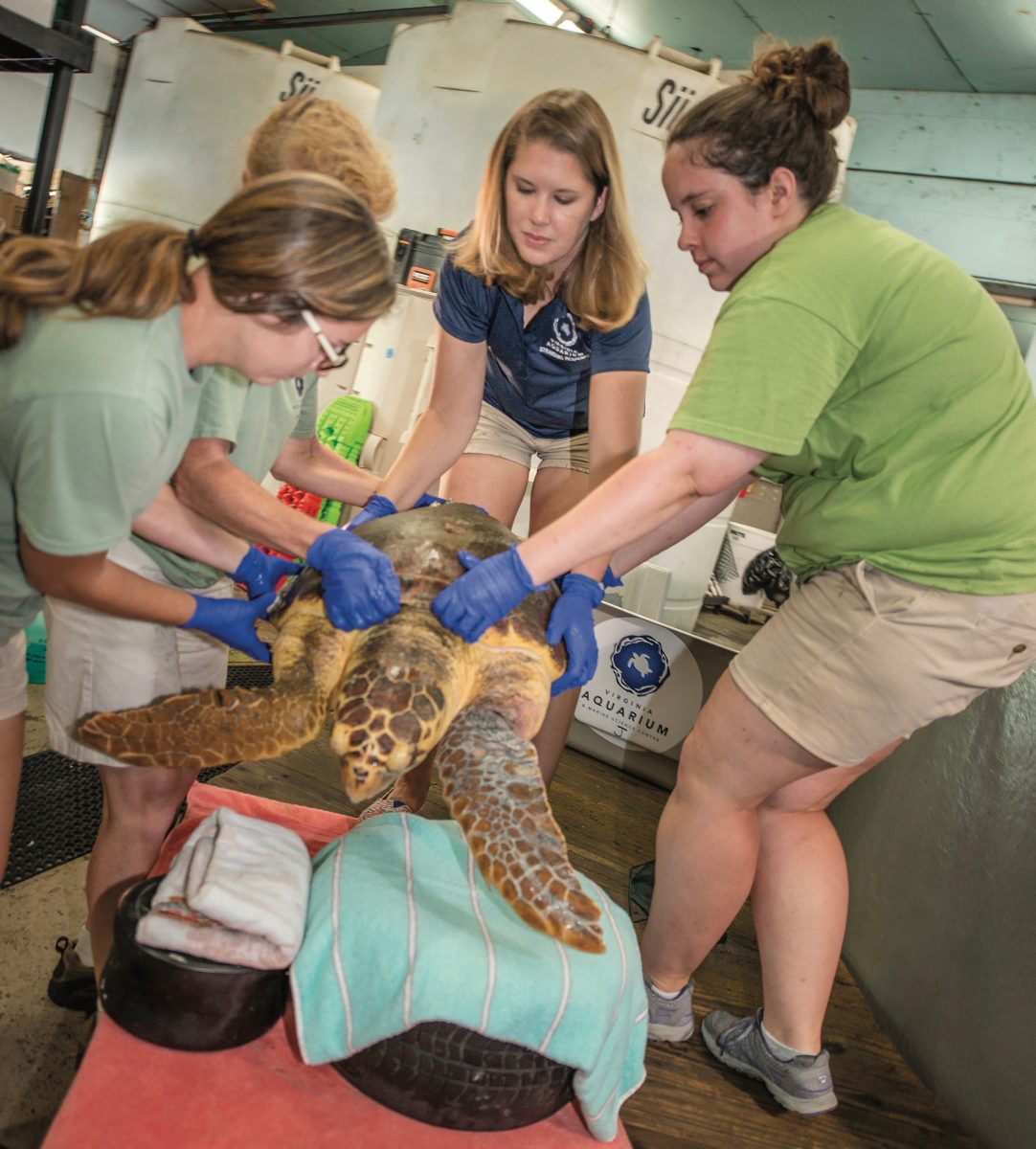 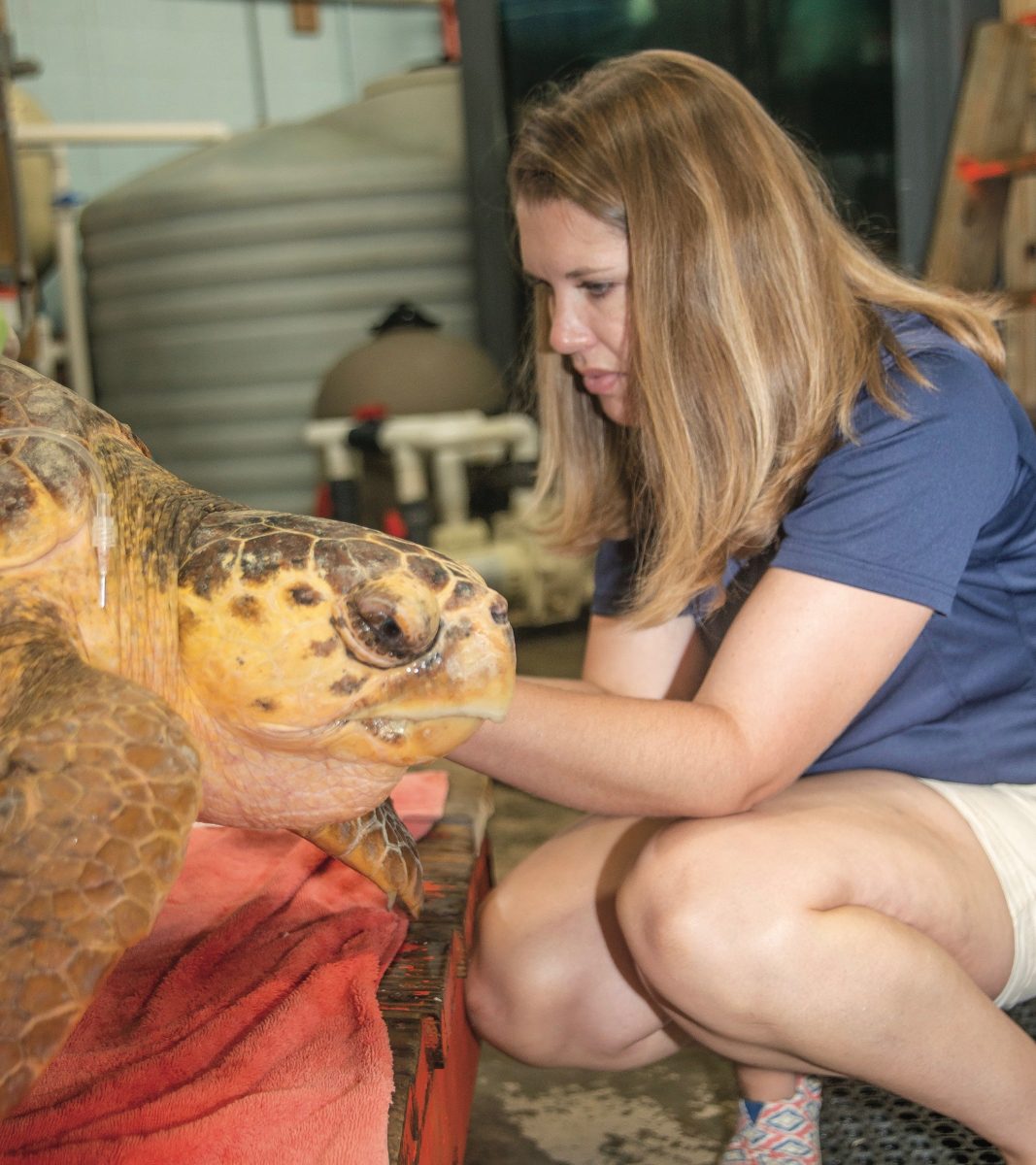 Most of the Stranding Response Program’s friends with flippers kept in-house are sea turtles such as loggerheads, Kemp’s ridleys and occasionally green sea turtles, all of which are considered endangered or critically endangered. Bates shares that there can be an influx of sea turtles needing rehabilitation during the hooked sea turtle and cold stun seasons. For hooked sea turtles, the program has a partnership with local piers it established in 2014 as an outreach effort. In the event that an angler accidentally hooks a sea turtle, they now know how to safely retrieve the animal and contact their team. From the end of October into January as the waters cool, cold-blooded sea turtles can be found in a near comatose state, known as cold stunned, when they’re entrapped in colder environments that decrease their body temperature. Bates will also help treat boat-strike animals, entanglement animals and those with diseases that may need antibiotics and fluid therapy.

Each day Bates and the program’s volunteers feed and handle turtles, with the ultimate goal that they will be released back into the wild. They'll also often respond to rescue animals and participate in outreach programs to educate the community to make others aware that these animals are here in Coastal Virginia. “I find a sense of satisfaction in knowing that I am contributing to the conservation of a threatened or endangered species,” reflects Bates on the symbiotic relationship. “I love the opportunity to increase education for our community for the bigger picture in what’s going on with these animals, how we as humans are interacting with them and how little changes we can make in our lives can make a big change in their lives.”