How far would you go to help someone you love? Would you be willing to give them a piece of yourself—literally? While some of us have perhaps pondered this question, most have never been presented with the chance to prove our commitment. For Mike Reff, that opportunity arrived unexpectedly in the summer of 2018, when his good friend Andy Vakos found himself in need of a kidney donor.

Reff and Vakos met nearly 20 years ago through The Noblemen, a local nonprofit dedicated to helping children in need. Reff is an insurance agent with Towne Insurance, and Vakos is the owner of the Oceanfront Inn in Virginia Beach. Their shared sense of humor and similar personalities made them fast friends, and they grew closer throughout their years as Noblemen. However, they had no idea how close they would become when life took a turn for Vakos.

In 2016, Vakos went to the doctor after suffering a back injury. It was then that blood work revealed he was in renal failure. Vakos and his family were blindsided by the news.

“It threw us for a shock,” Vakos says. “We just did our best to roll with the punches and maintain a great attitude, because there wasn’t much else we could do.”

A biopsy the following January revealed that it was stage 3 renal failure, and Vakos was put on a treatment plan to keep the kidney stable. Unfortunately, his condition worsened, and he began dialysis in June of 2018.

Now in stage 4 renal failure, Vakos’ doctor informed him it was time to start looking for a kidney donor. Vakos wasn’t comfortable with the idea of soliciting far and wide for a donor; instead, he chose to only tell the people closest to him about his situation. To his surprise, several people stepped up to be tested to see if they were a match for Vakos. One of those was Mike Reff.

“When I first heard about it, I said, ‘I think this is something I’m supposed to do.’ I just felt a calling to do it,” Reff says. “There was one time that I thought about it, and what it entailed, and felt uneasy. But the feeling passed, and I didn’t look back after that.”

Three people tested positive, and Reff was the strongest match. Vakos’ medical team scheduled the surgery for July of 2018. However, when Reff went in for the additional testing, doctors found he had kidney stones. So, Vakos’ second-best match was called in for the transplant, and the procedure was scheduled for August. But as they prepared for the surgery, they found that the second donor actually had one kidney that was smaller than the other, making him unable to donate. The doctors then decided that Reff could be the donor, despite the kidney stones. Surgery was scheduled for Sept. 11, 2018.

“I had to get my mind wrapped around the fact that someone was willing to do this for me,” Vakos says, as he recalls the time leading up to his transplant. “It’s a weird feeling. A lot of soul searching goes into something like this.”

The five-hour surgery was successful. Reff’s kidney was removed and immediately transferred to Vakos. Both had to stay in the hospital for several days to recover.

“Mike was on the sixth floor and I was on the ninth,” Vakos recalls. “He would come up and visit me, and we just talked and laughed together for five days straight. Laughing is pretty much the last thing you want to do when you’ve just had your stomach muscles cut through, but we couldn’t stop. We were just in good spirits. When you’re in a situation like that, you have to find a way to laugh.”

Reff’s recovery was remarkable. He stayed in the hospital for five days, and he was well enough to attend the Noblemen’s Oktoberfest fundraiser a week after his release. Although he had some pain and fatigue at first, he bounced back to all his normal activities quickly. He even went on vacation to Costa Rica two months after surgery.

“Mike was amazing. He had discomfort from the procedure, but he plugged on. He’s a true testament to living donors—that you can give this ultimate gift and carry on a normal life,” Vakos says.

Vakos’ recovery was difficult at first, but he has also been able to get back to normal life. He still takes anti-rejection medication to ensure his body continues to accept the kidney. But the days of dialysis and constant uncertainty are behind him.

“I was on dialysis with people who had been waiting for a donor for five years or more. I’m truly blessed to have gone from stage 4 renal failure to having a new kidney four-and-a-half months later. It’s just unheard of,” Vakos says.

“The whole experience has been surreal. I have a new attitude toward life. It’s so easy to get sucked back into the minutiae of work and everything. I just have to remind myself I’m very lucky.” 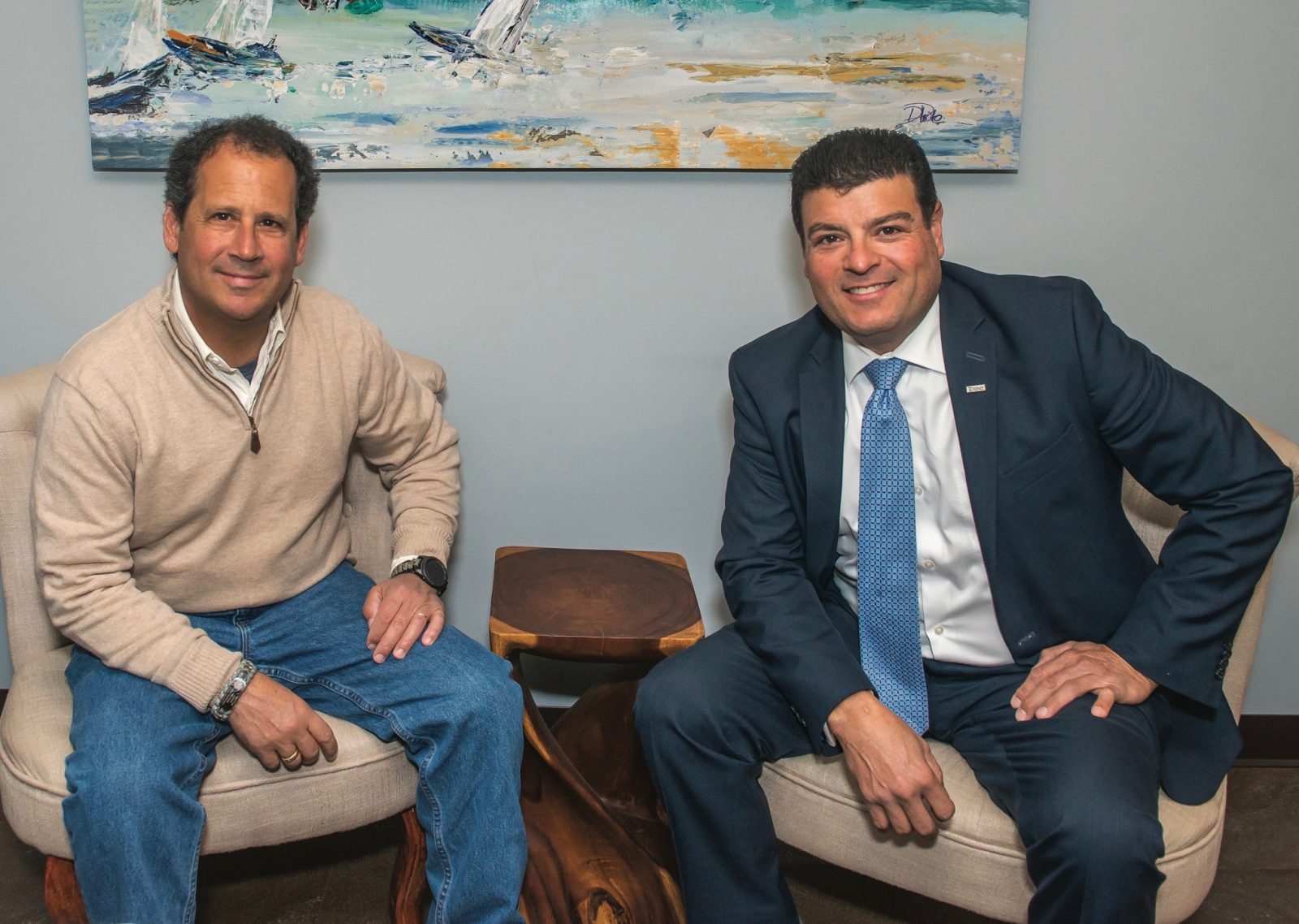 Looking back, Reff has no regrets about his decision to be a living donor for his friend, who he now considers his “kidney brother.”

“I think it’s a great opportunity to help somebody,” Reff says. “It’s a little bit of pain and down time, to basically save somebody’s life.”

Today, Vakos and Reff are closer than ever. Their families spend Christmases together, and they both feel as if they’ve gained new family members through the experience. On May 16, they’ll be walking together at the Hampton Roads Kidney Walk, which benefits the National Kidney Foundation. To learn more about the walk, visit KidneyWalk.org.